According to the recommendations for the construction of churches prevailing in Germany in the 19th century, neo-Gothic and neo-Romanesque forms massively spread in their architecture in the second half of the century. Brick examples of these styles massively spread in the northern regions, and in such regions as the East Prussia they have been considered as the continuation of the ancient traditions. This did not pass through the Klaipėda region as well – we have a large collection of examples of neo-Gothic and neo-Romanesque sanctums of that period today. Requirements of that time are also reflected in their interior area – for example, almost in all cases the main area is of a strict rectangular plan.

Typing was getting popular as well: neo-Romanesque Evangelical Lutheran Church of Dovilai built in 1861-1862 is practically identical to the church of Vyžiai: both of them have been constructed according to the project of the Royal Architect of Prussia, Friedrich Stuler. And yet, the first one differs from the latter as well as from many sanctums in the region in materiality: its walls are made of stones collected from the surrounding fields – bricks are used only for the façade of the tower, in the corners, emphasising the functional parts of the building. The division of the lateral façades differ from the one present in the church of Vyžiai as well: we won’t see any buttresses here; instead, the planes are divided simply by arch windows: a much more typical neo-Romanesque solution. The main façade here is more ingenious: instead of a simple tower protrusion, it erupts by a peculiar bay window from the central part of the façade. Probably the most prominent element of neo-Romanesque is placed above the modest portal situated in this part: doubled window in the rounded niche is completed by a small round skylight. At the back of the main volume, in the attic, there is a small window-rose.

Typical elements in the construction of churches of that time are also evidenced by the tower of Kretingalė church of related forms, which has emerged several years later. The common feature of the Lutheran churches of that time is also the division of the lateral façades in two rows of windows. The upper ones installed at the gallery are much higher. Interior solution is also typical of the period and the region: the rectangular church is formed of three naves, and there are galleries constructed above the lateral naves as well as the entrance. The presbytery is covered by the vault, which is completed by an octagonal apse. 12 stop organs have been installed in the church, and the altar was decorated with the painting of the Blessing Christ. As there were very few old inhabitants left in the whole Klaipėda region after the war, the closure of the churches was extremely persistent – the destiny of this building was just the same. Dovilai church was turned into the stable of the Red Army in 1944, and almost all interior equipment was destroyed. A warehouse and a mill were established here in the post war period. It was restored and consecrated again only in 1995. 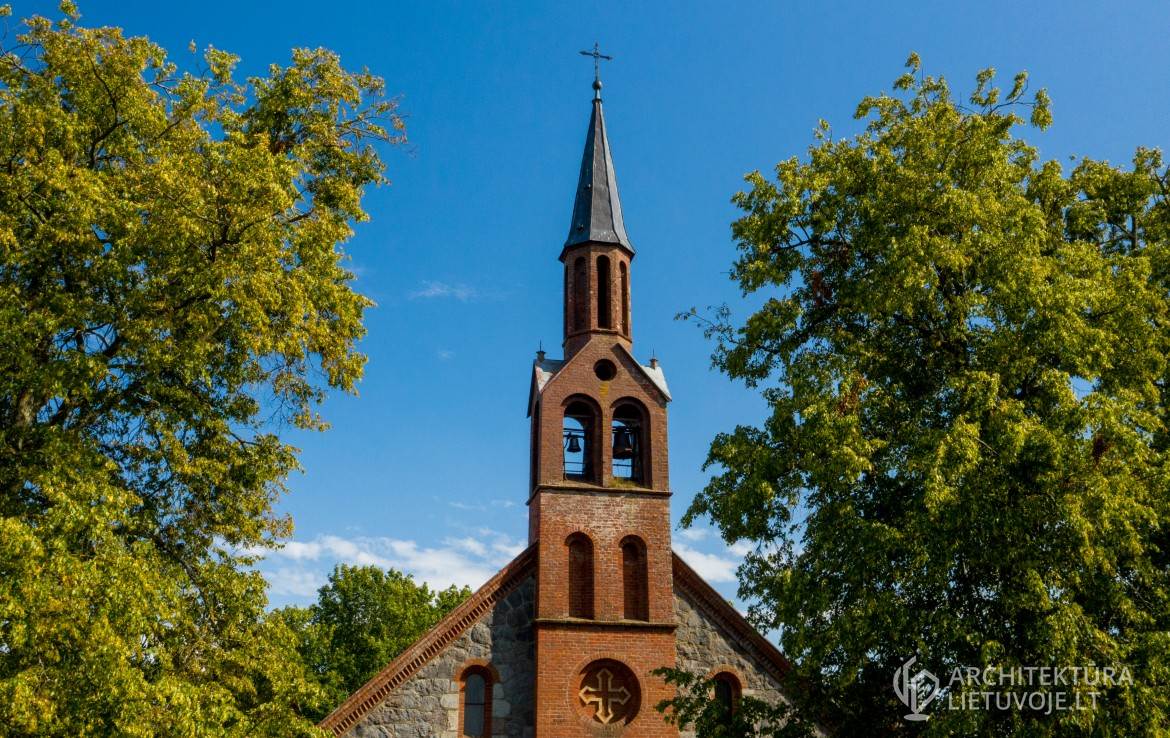 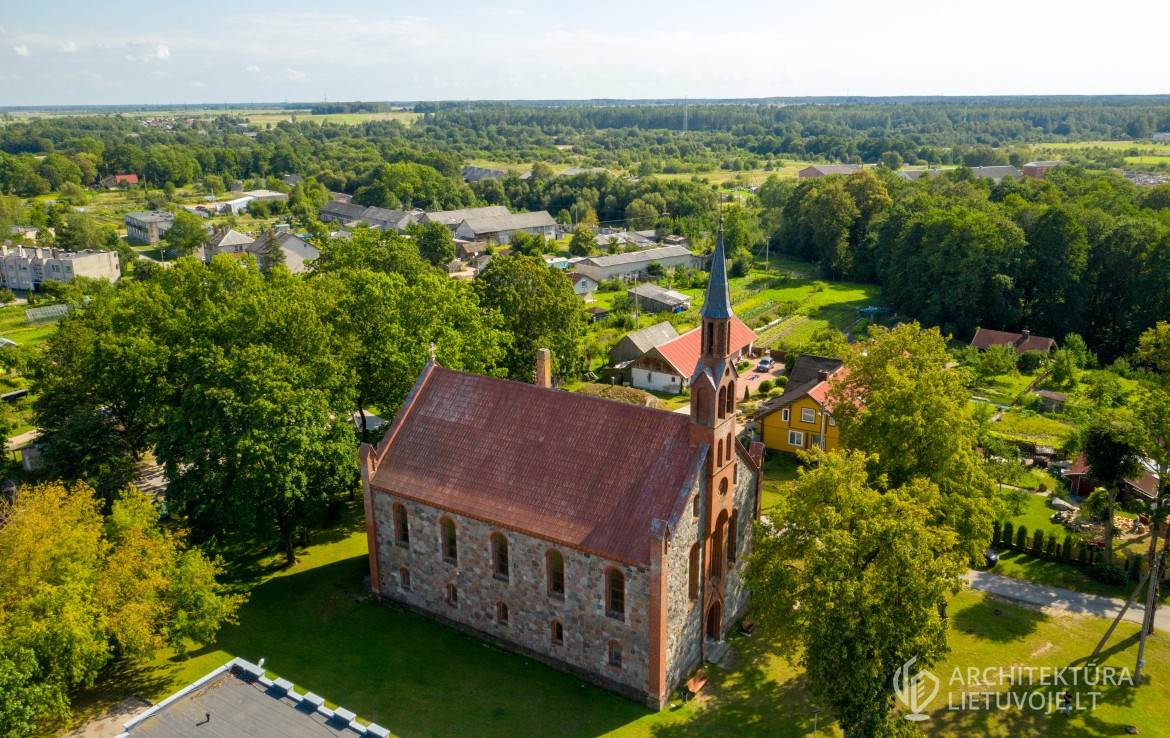 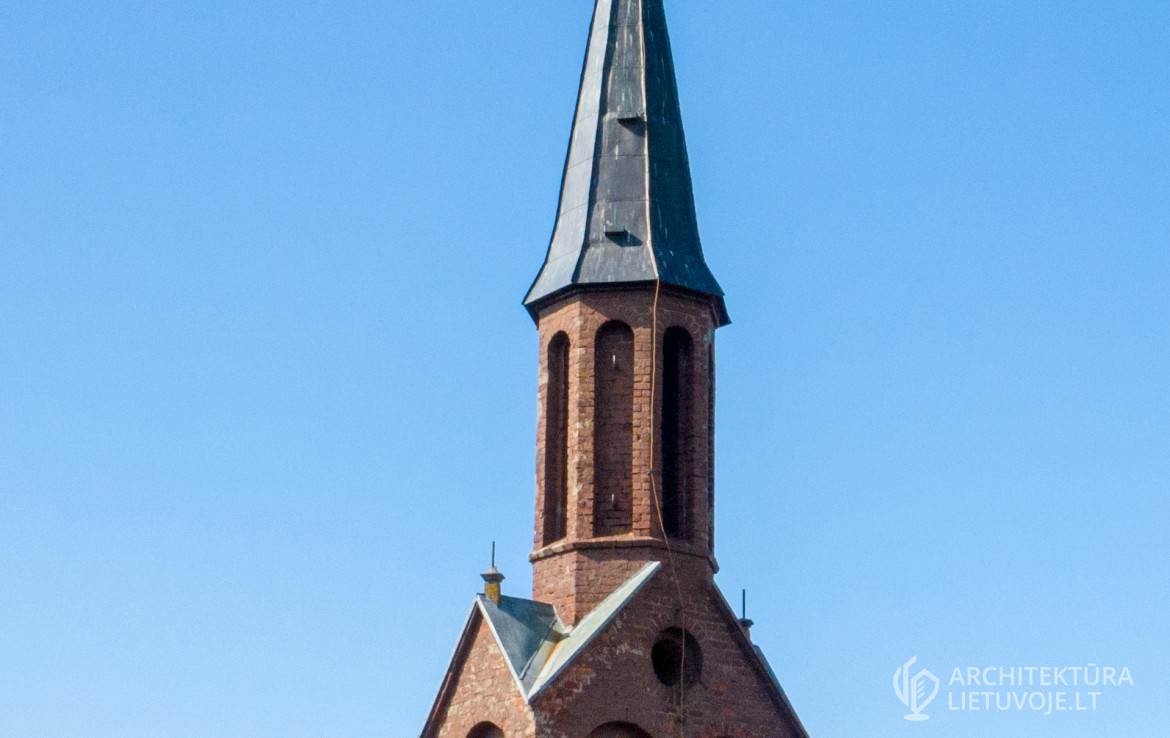 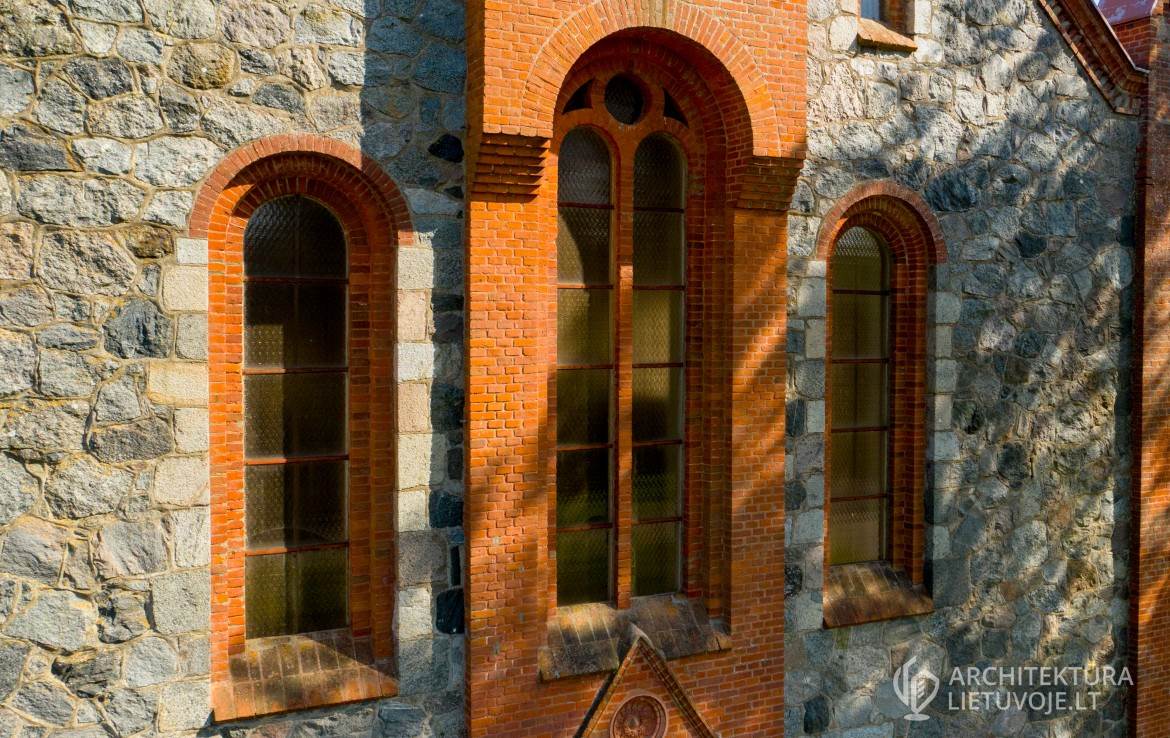 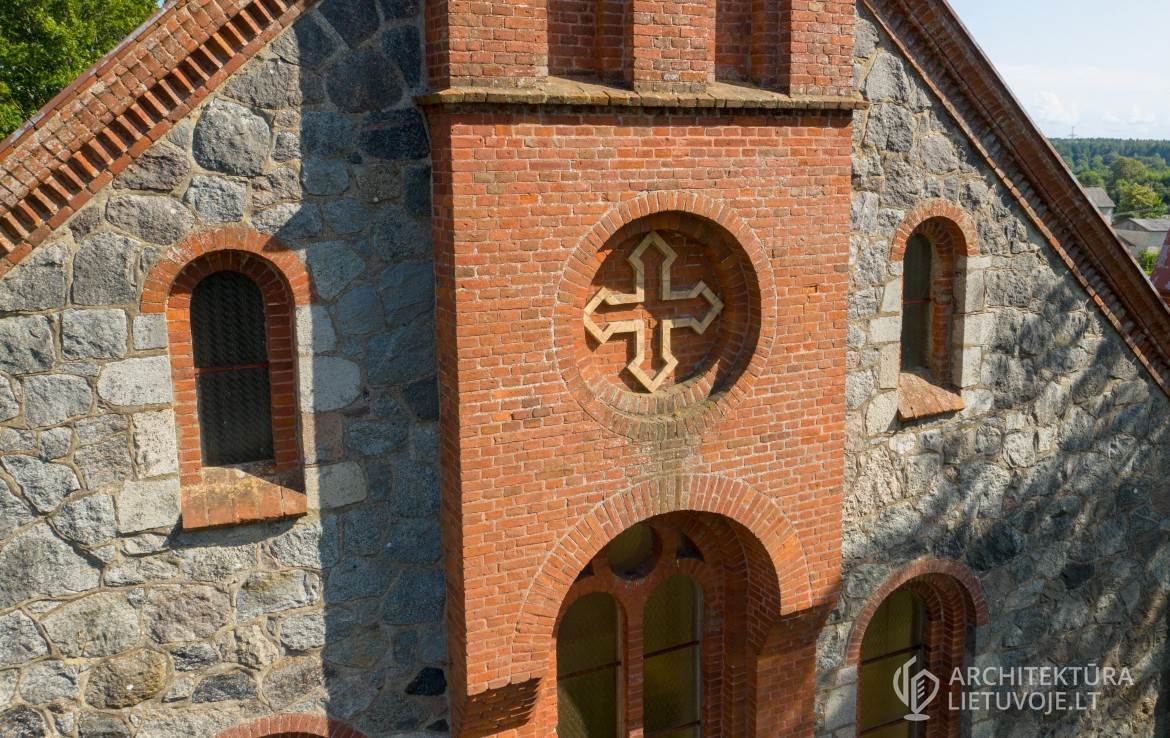 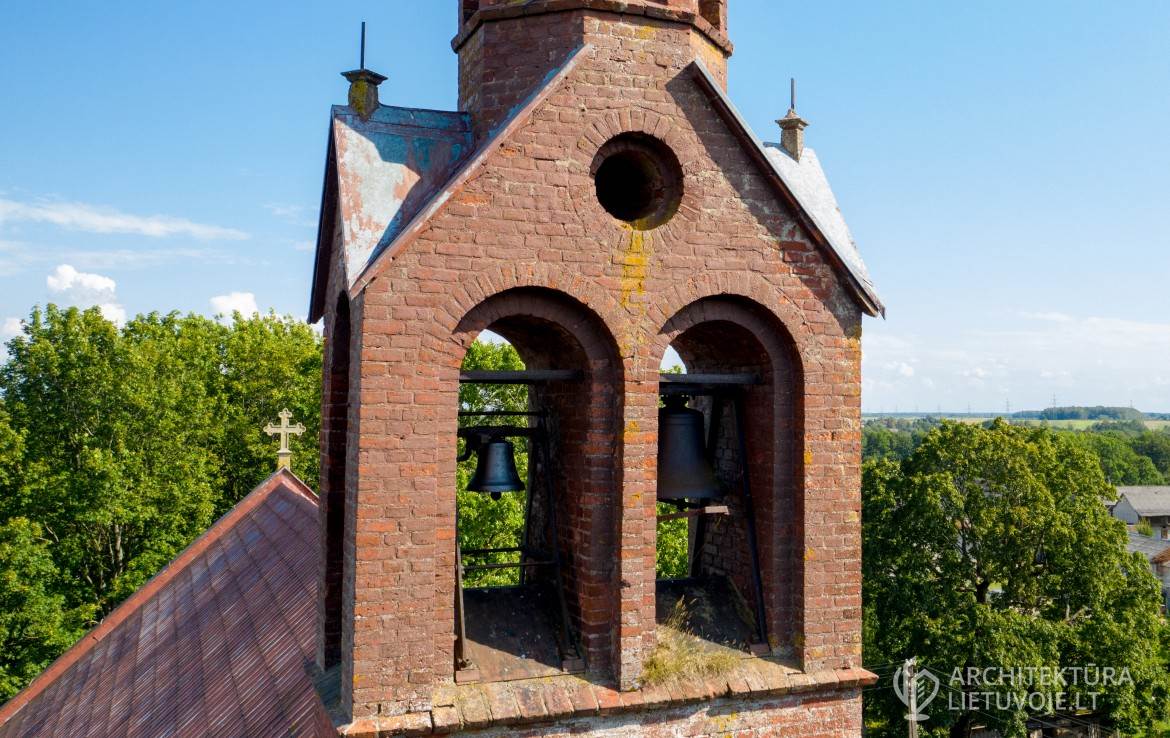 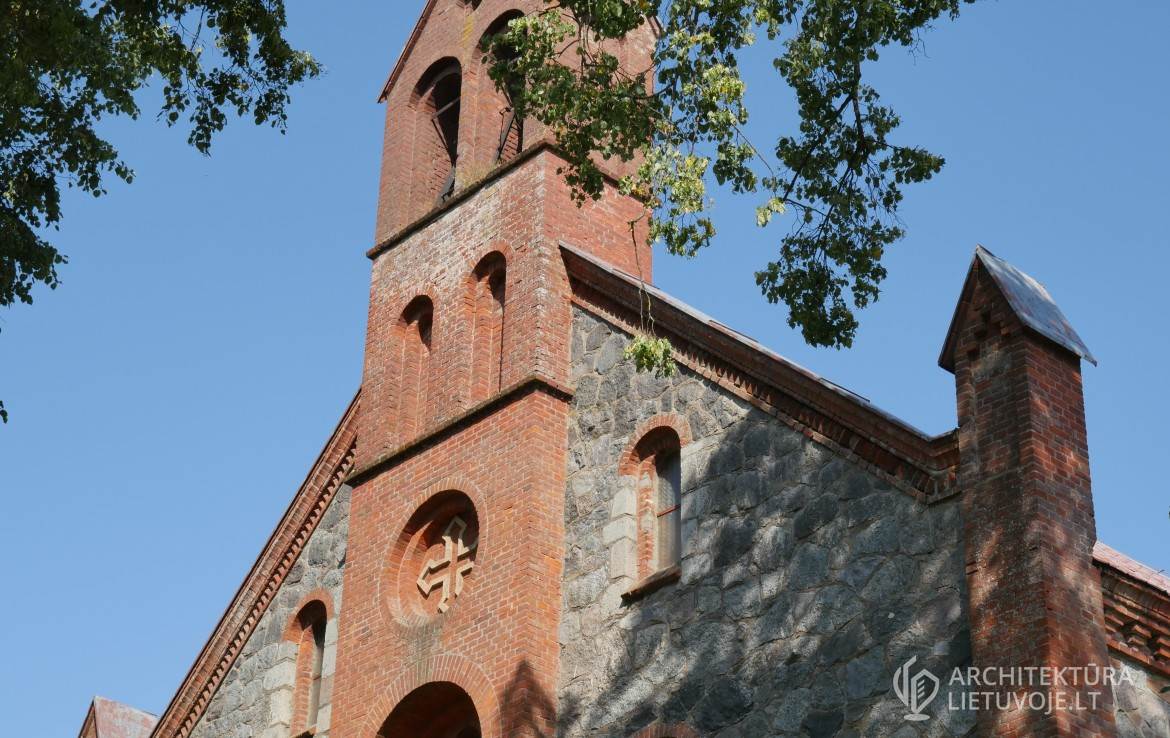 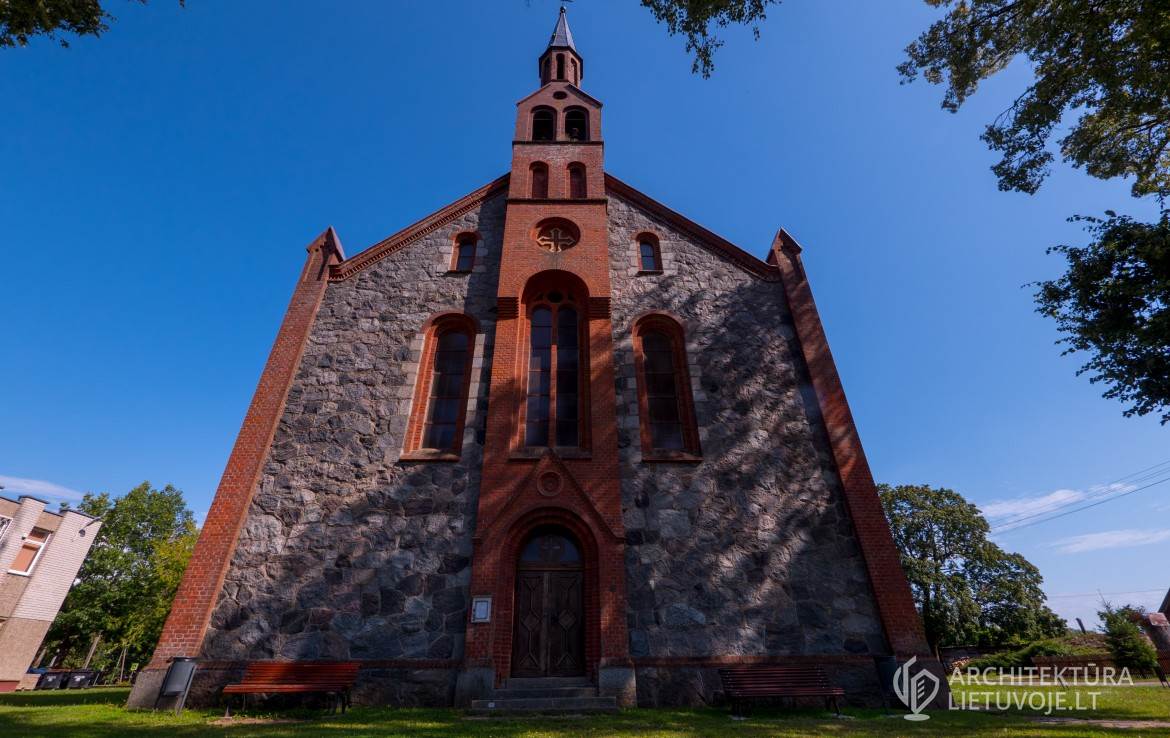 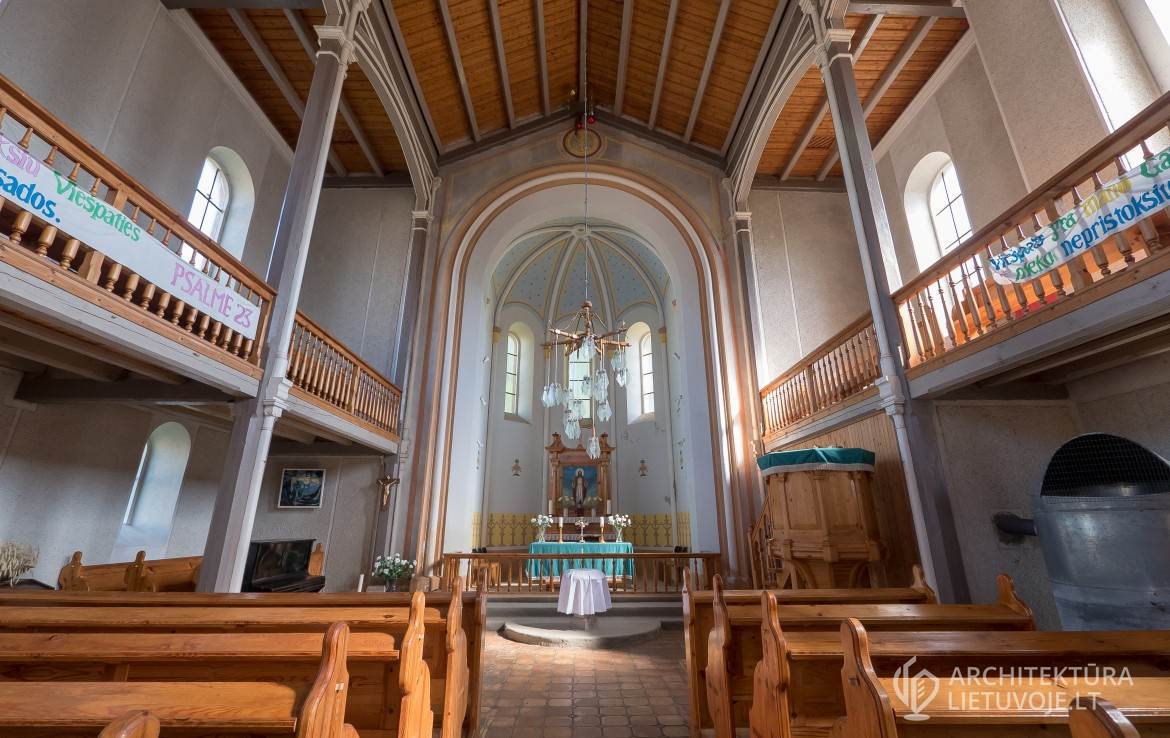 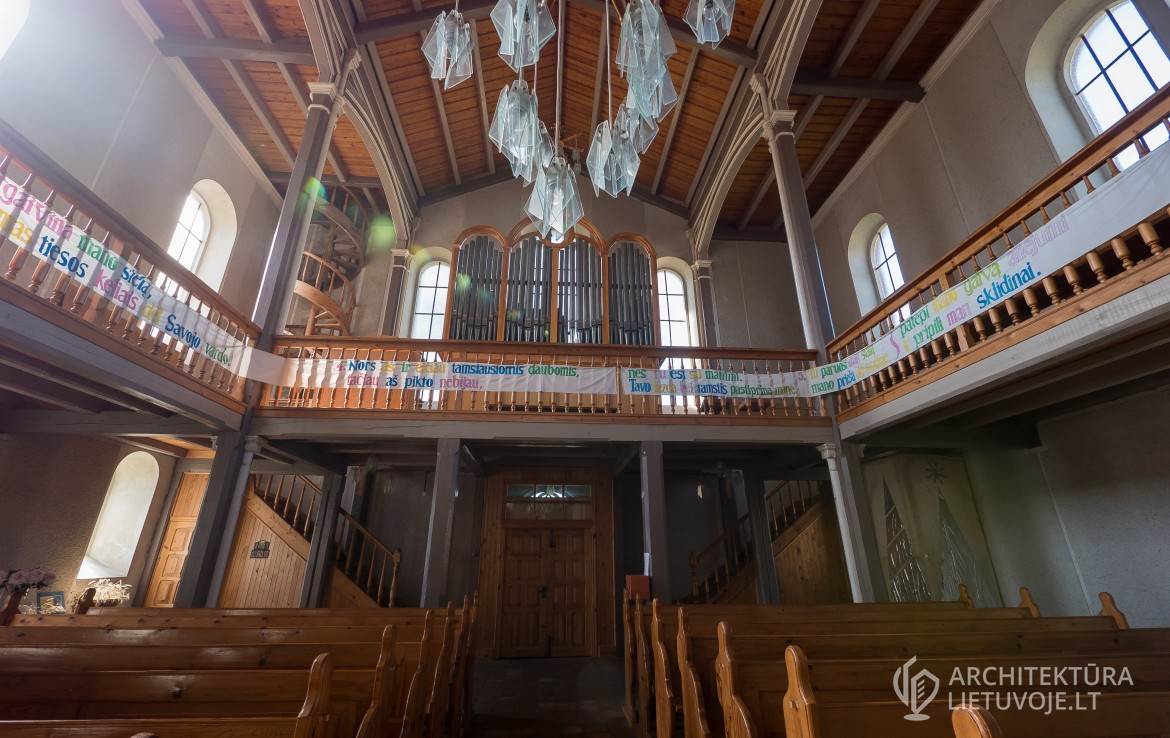 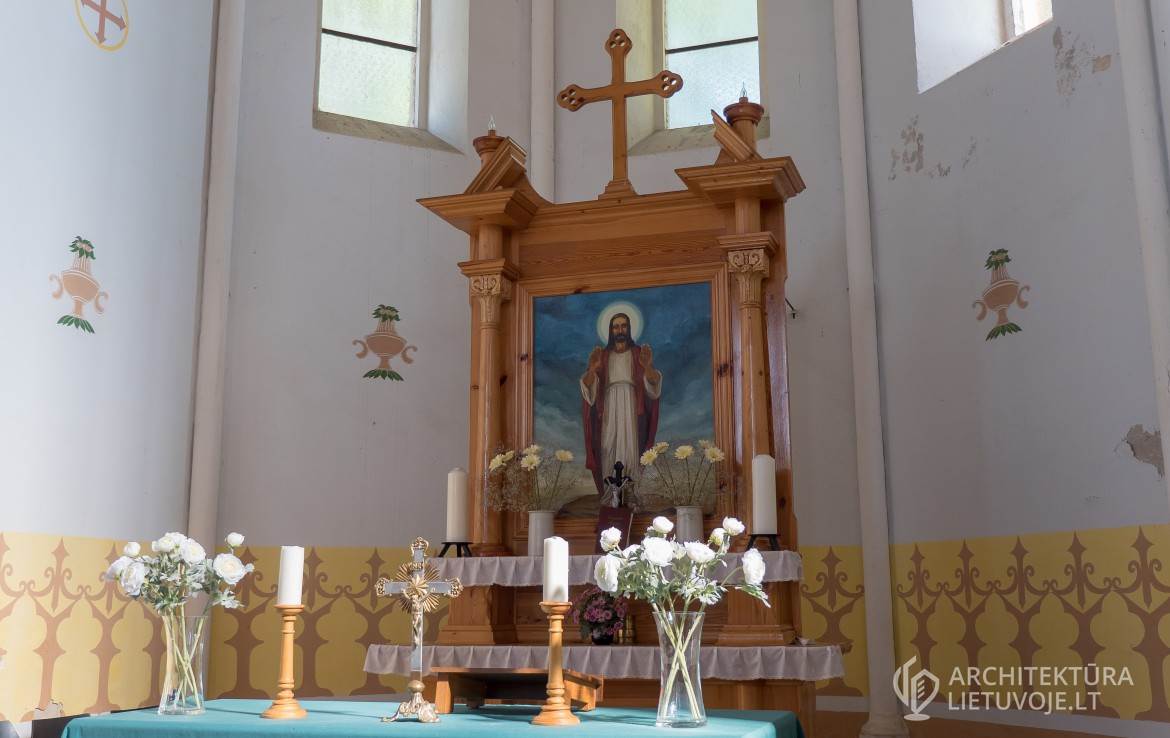 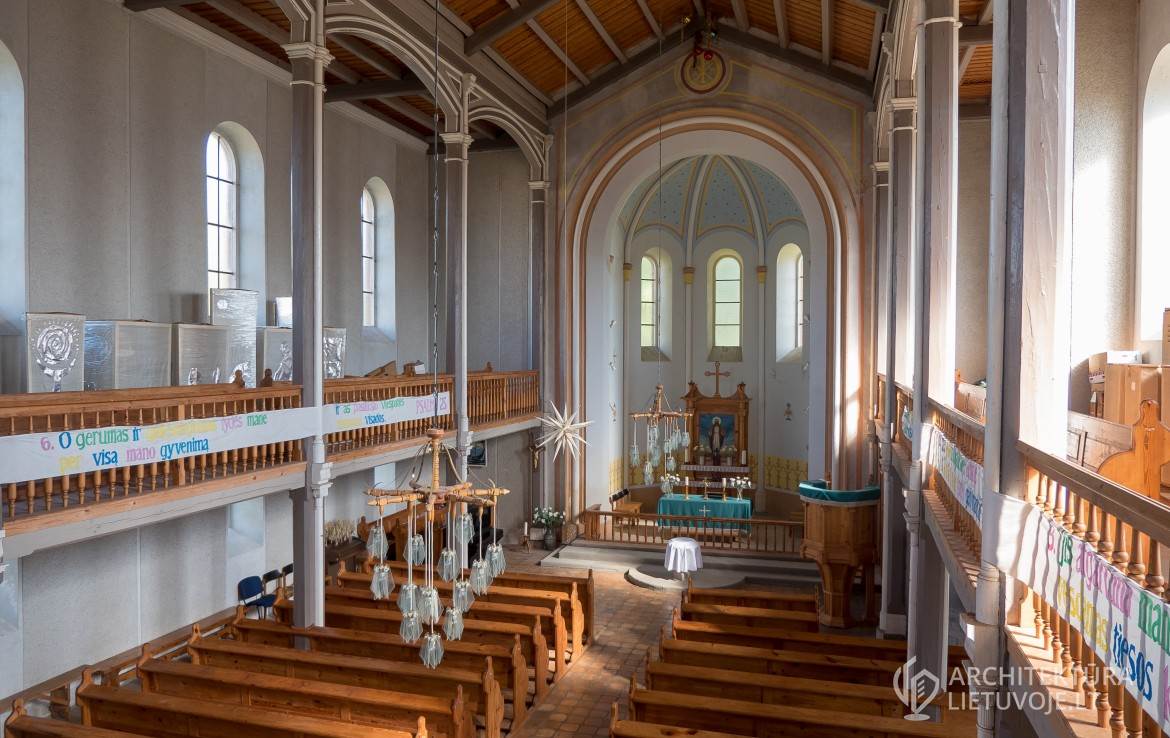