Building Complex of Čiobiškis Church of St. John the Baptist

The family of Pilsudskiai, that acquired Čiobiškis Manor, built a new church in the village between 1810 and 1816 – the old one burnt down in the last decade of the 18th c. The building of the sanctum is the example of the late Classicism and the representative of the sanctums of rectangular type: sometimes it is attributed even to the authorship of Laurynas Gucevičius, even though it would mean that the building has been started to be constructed twelve years after the death of the architect. The façades of the building are divided by Doric pilasters which support the entablature surrounding them above – the gap between the middle pilasters in the front as well as in the back façade is slightly larger. At the front there is an entrance which is highlighted only by small architraves attached to the pilasters as well as a semi-circular window above. Recessed arches with wooden sculptures of evangelists as well as triangular cornices are integrated into the adjacent planes surrounded by the pilasters.

The back façade is only slightly different from the main one: at the place of the entrance there is a plane; however, the windows of the sacristy are arranged in two rows on the sides of the façade. Small round lucarnes are integrated into the planes of the massive façades of both pediments; a statue of Saint Helena holding a cross can be seen above the front façade, which echoes the similar and well known accent on Vilnius Cathedral. Lateral façades with a row of rectangular window arches on top are identical; only the eastern façade with the entrance to the sacristy area on its side slightly deviates from symmetry. Doric pilasters separate the wide main nave of the church from the side ones, which are interconnected by semi-circular arches; the same divide the walls of the lateral naves as well. Profiled cornices passing on to cylindrical vaults surrounding all three naves are at the top. The Baroque forms dominating on the side altars contrast with the Classicist portico of the great altar, where two pairs of columns support a decorated entablature and a triangular pediment with the symbol of Providence incorporated in the tympanum crowning it.

Two chapels were built at the corners of the churchyard in the middle of the 19th century. Their architecture is laconic, though it reflects the tendencies of Classicism – their corners are highlighted by slightly massive protruding pilasters. Gabled roof finished with high, triangular pediments on two sides are above the profiled cornices. Apart from the front façades with rectangular entrance niches, the centred rounded niches are integrated into all the planes of the façades of the chapels. Two belfries are constructed at the other two corners, the expression of which is similar. They are formed by three tapering sections, the composition of the lower two of them is almost identical to the ones visible in the chapels. Rectangular angular pilasters are replaced by semi-circular ones in the third section, and the niches of the belfry situated here are of the form of the irregular, slightly curved semi-circular arches decorated with the key at the top. Unlike the chapels, the belfries are covered with a four-slope roof. 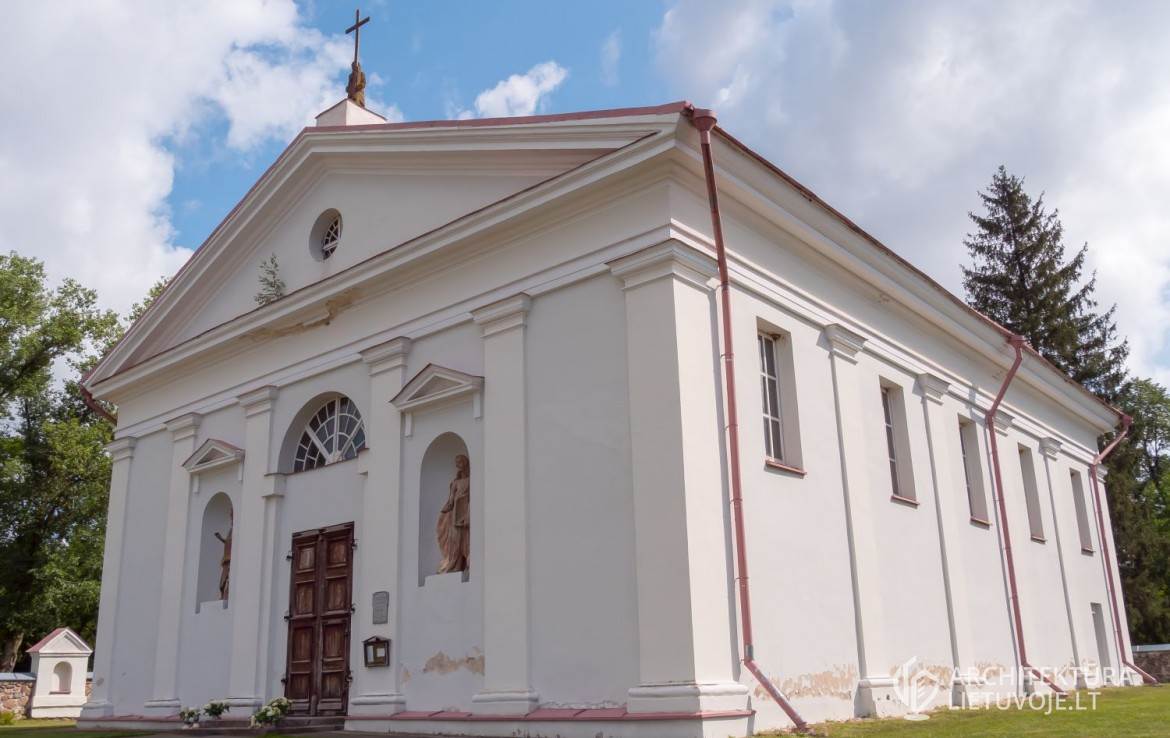 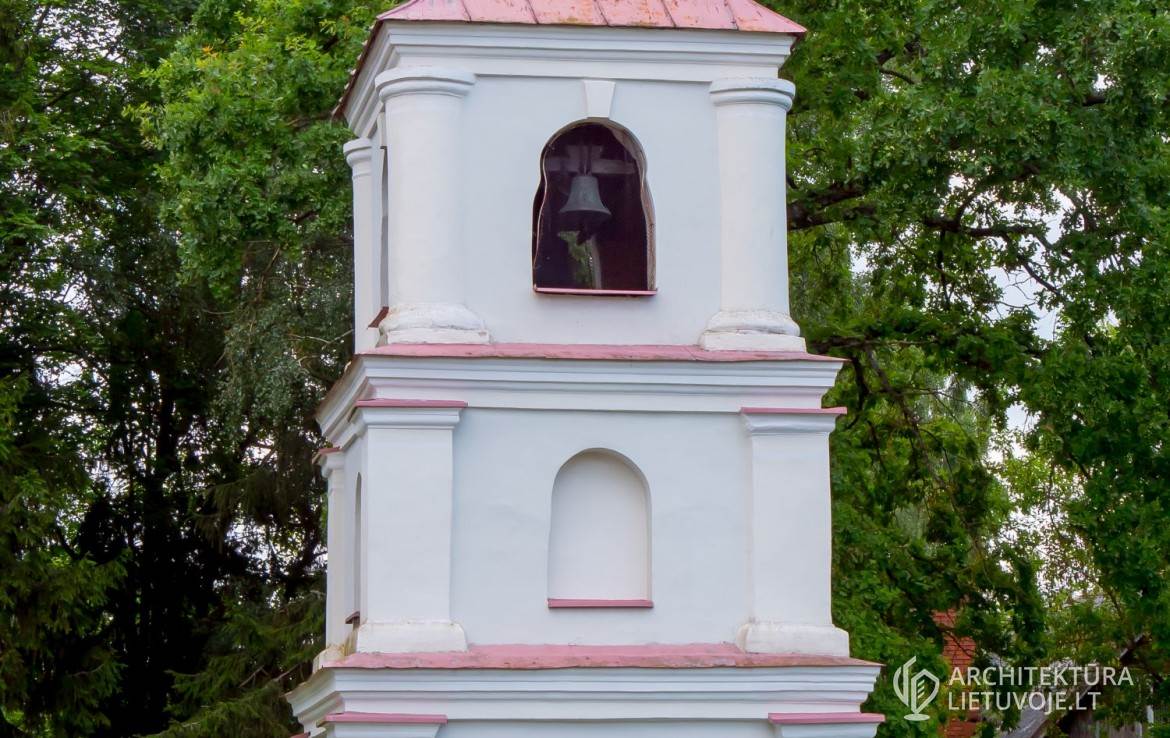 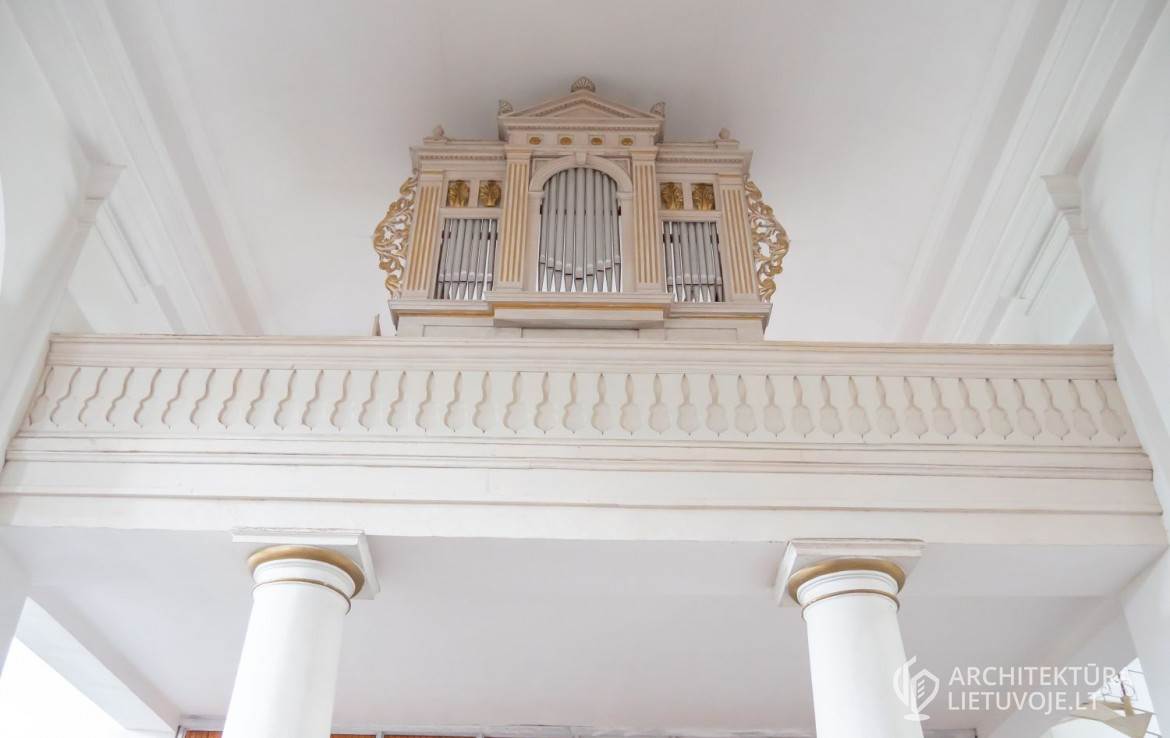 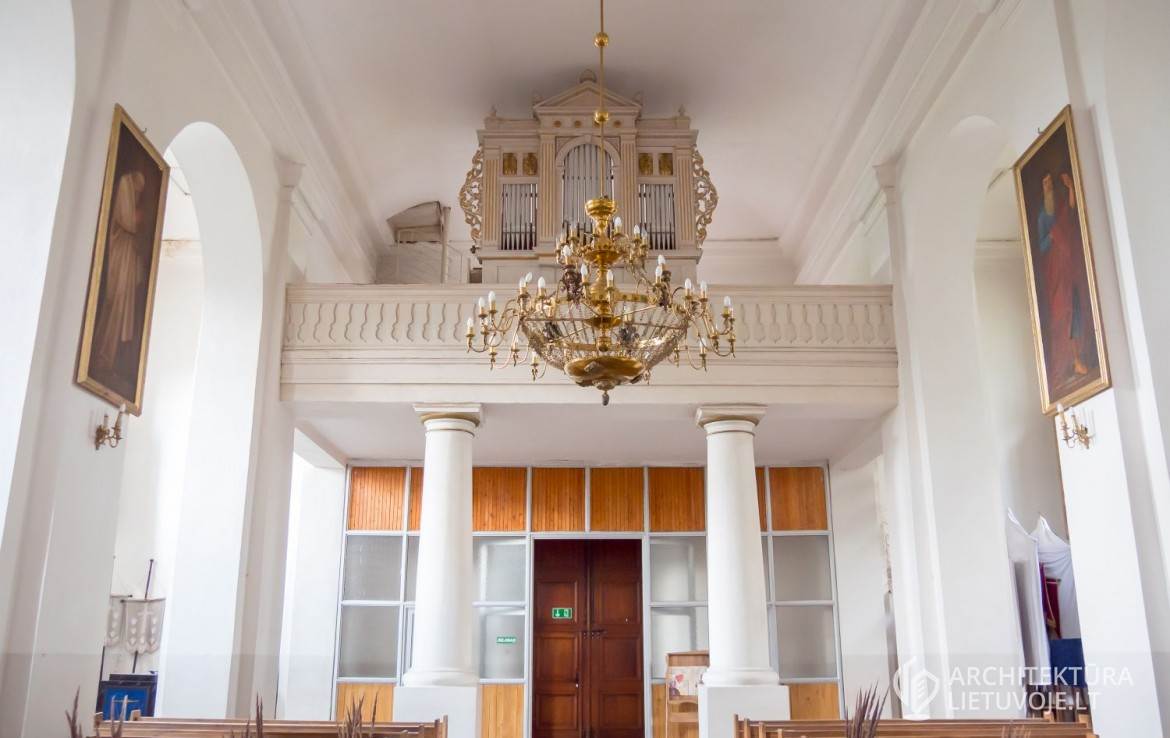 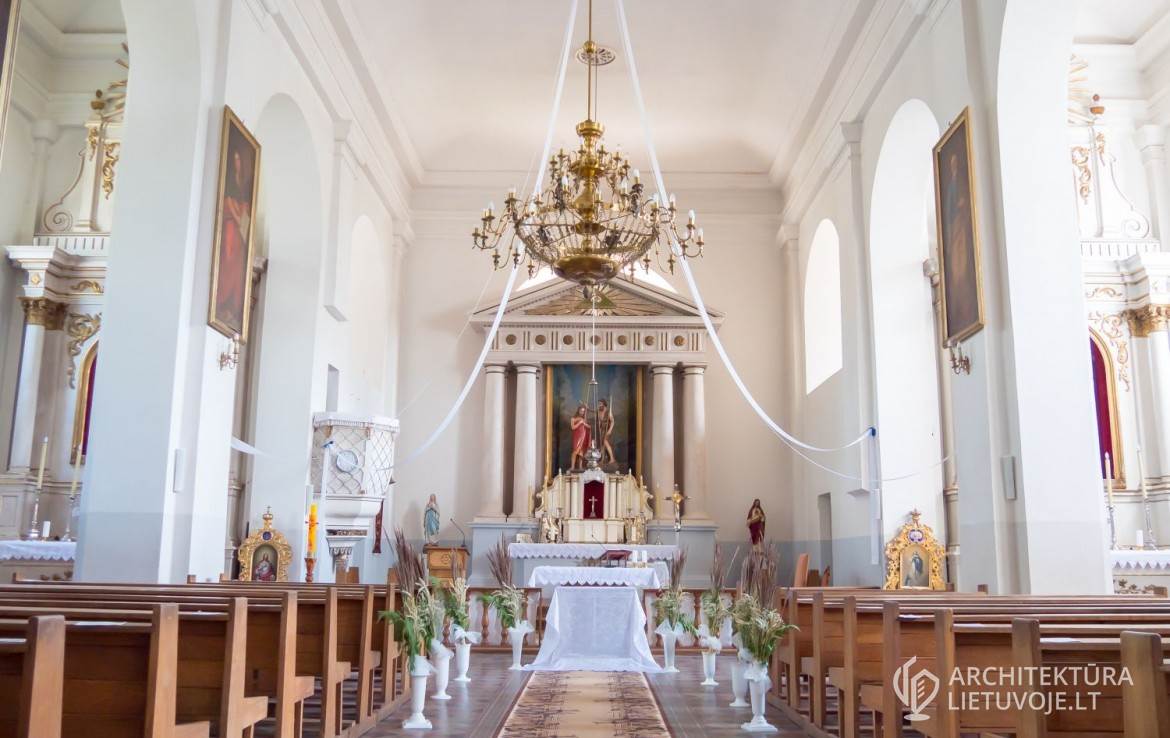 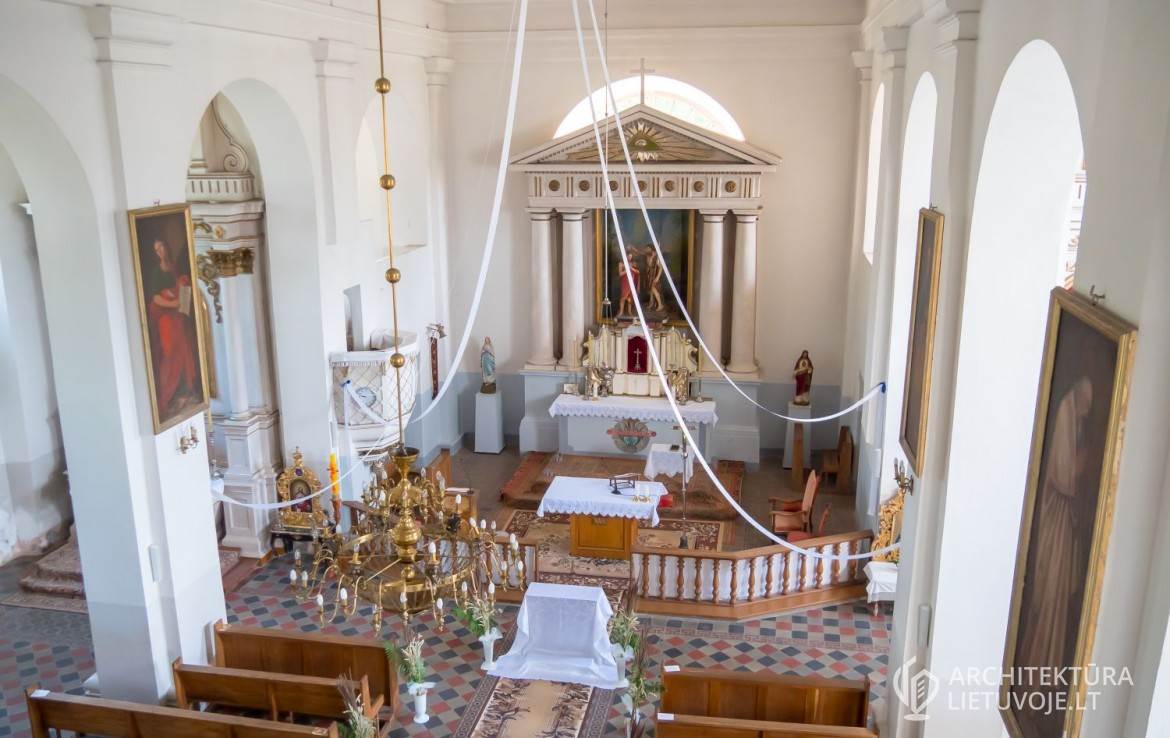 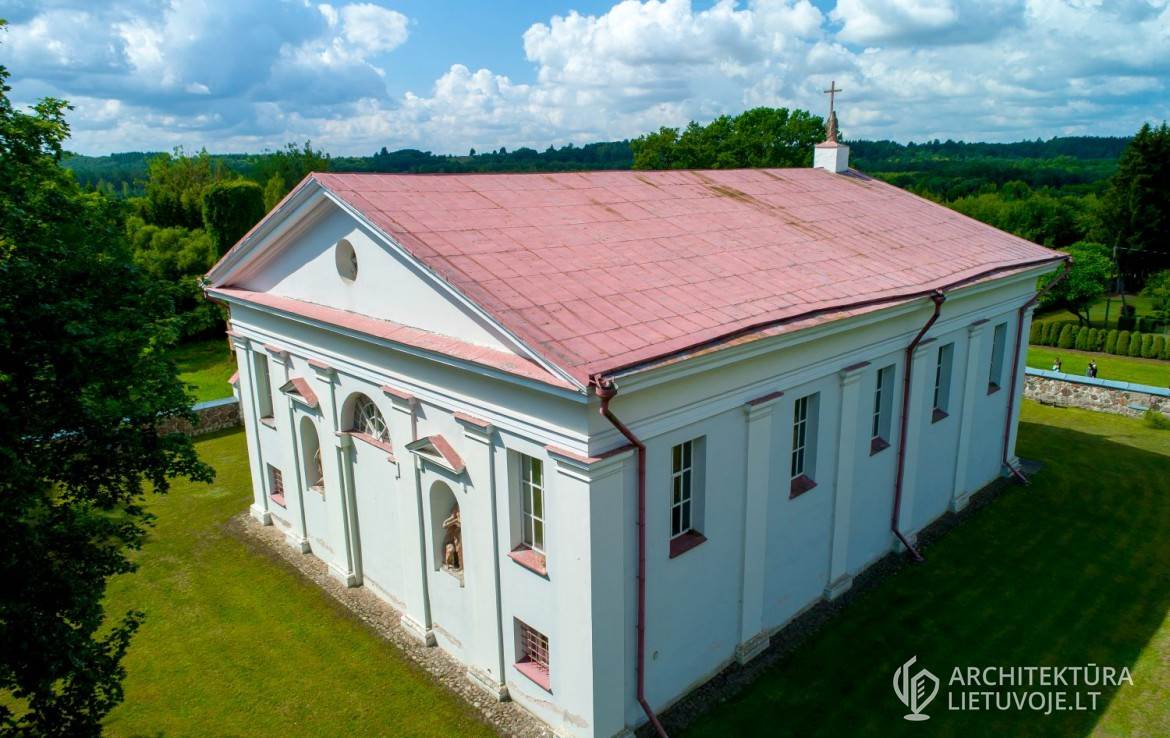 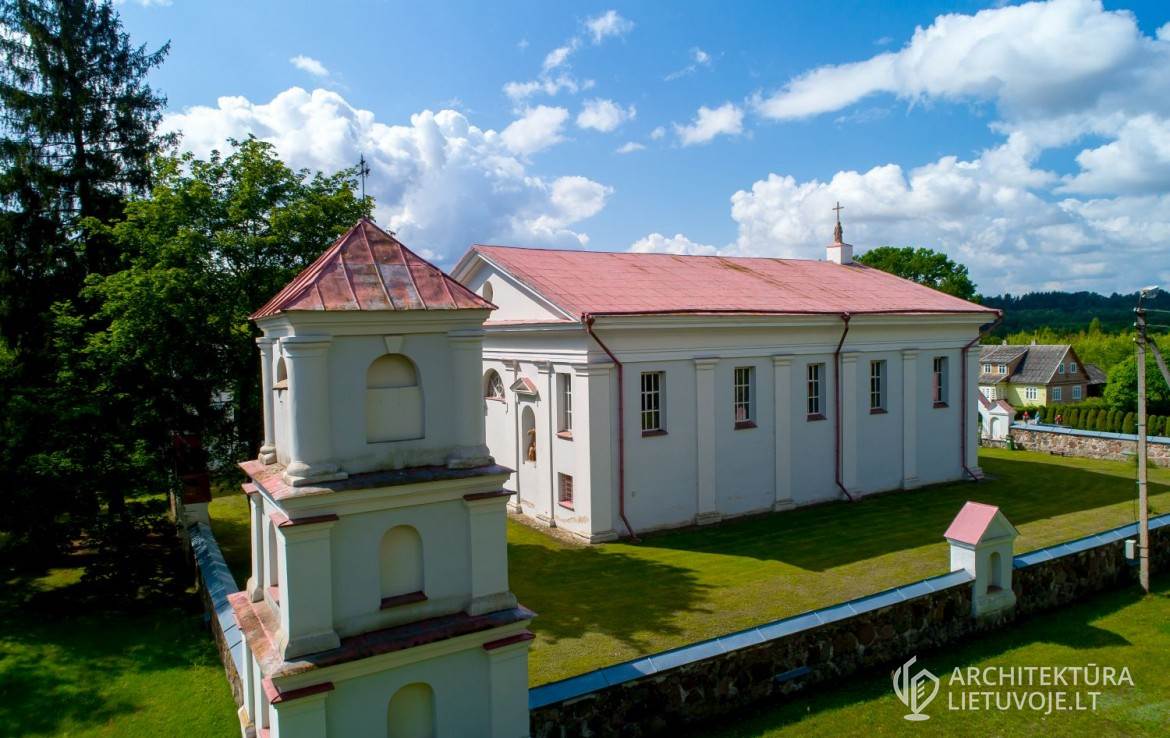 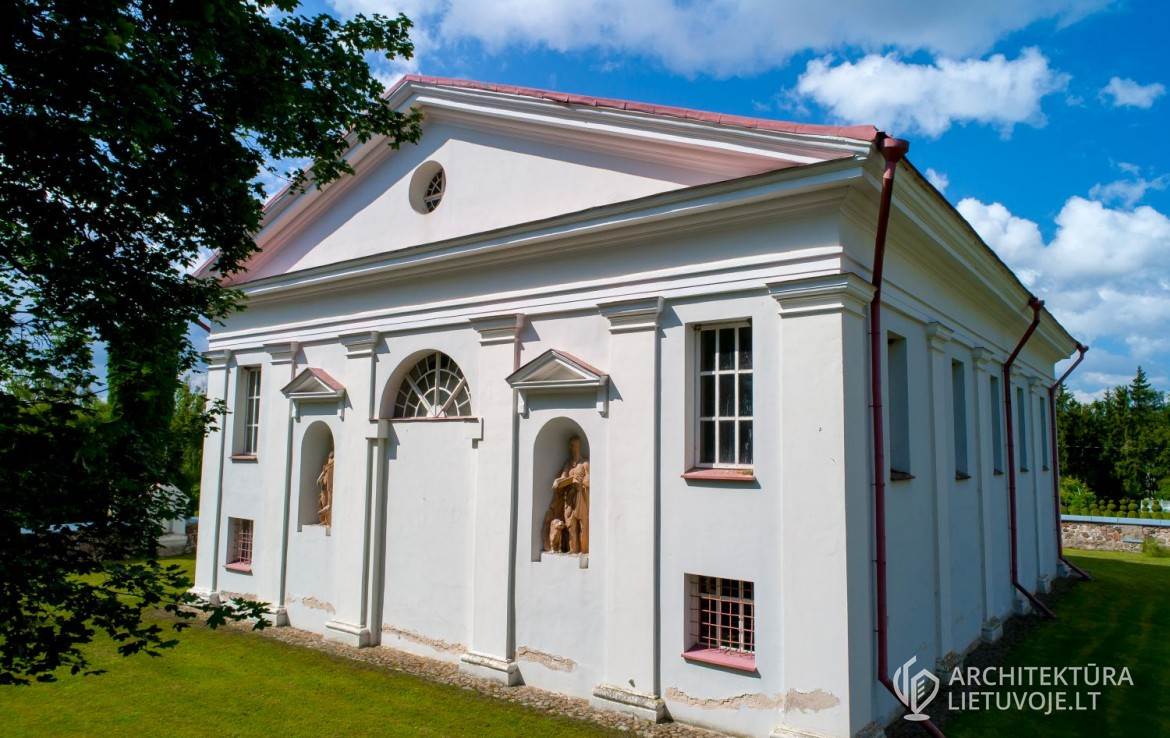 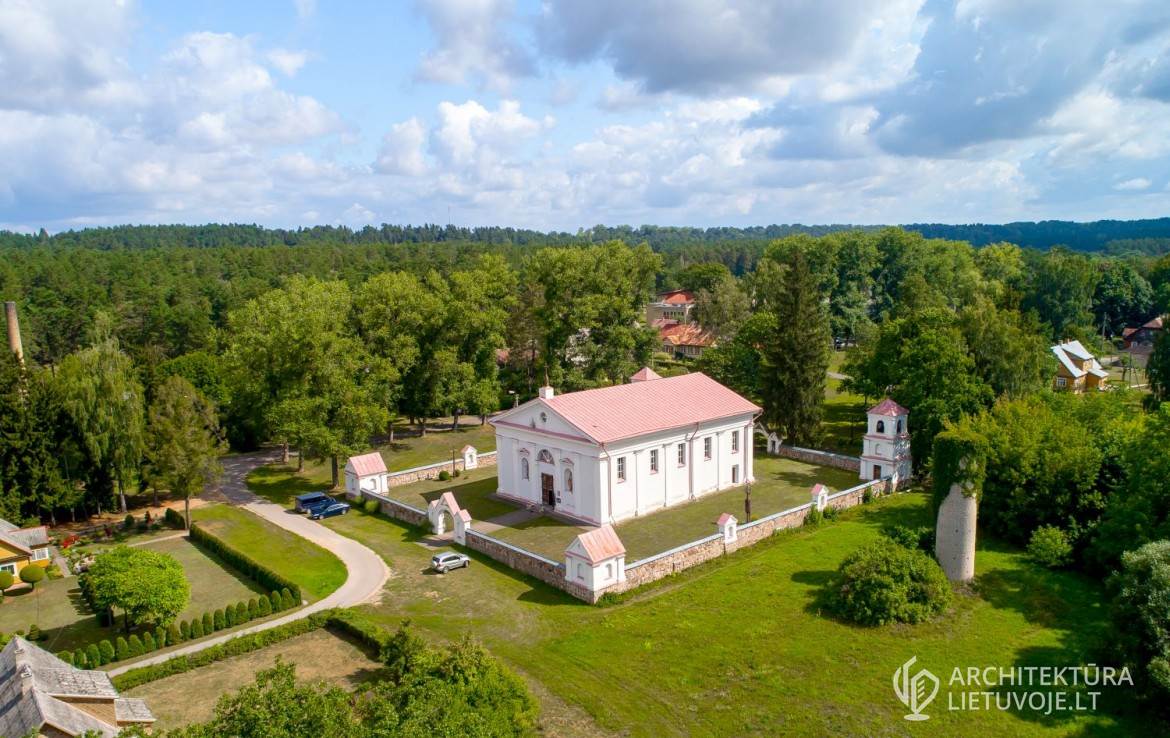 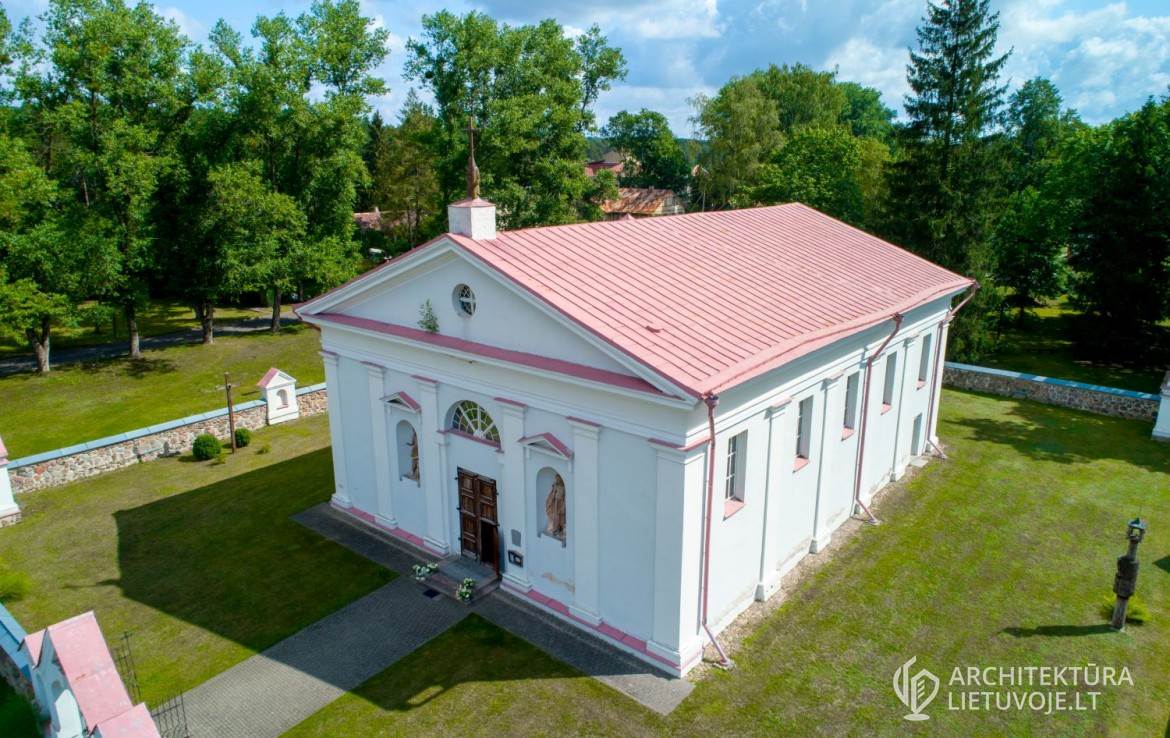 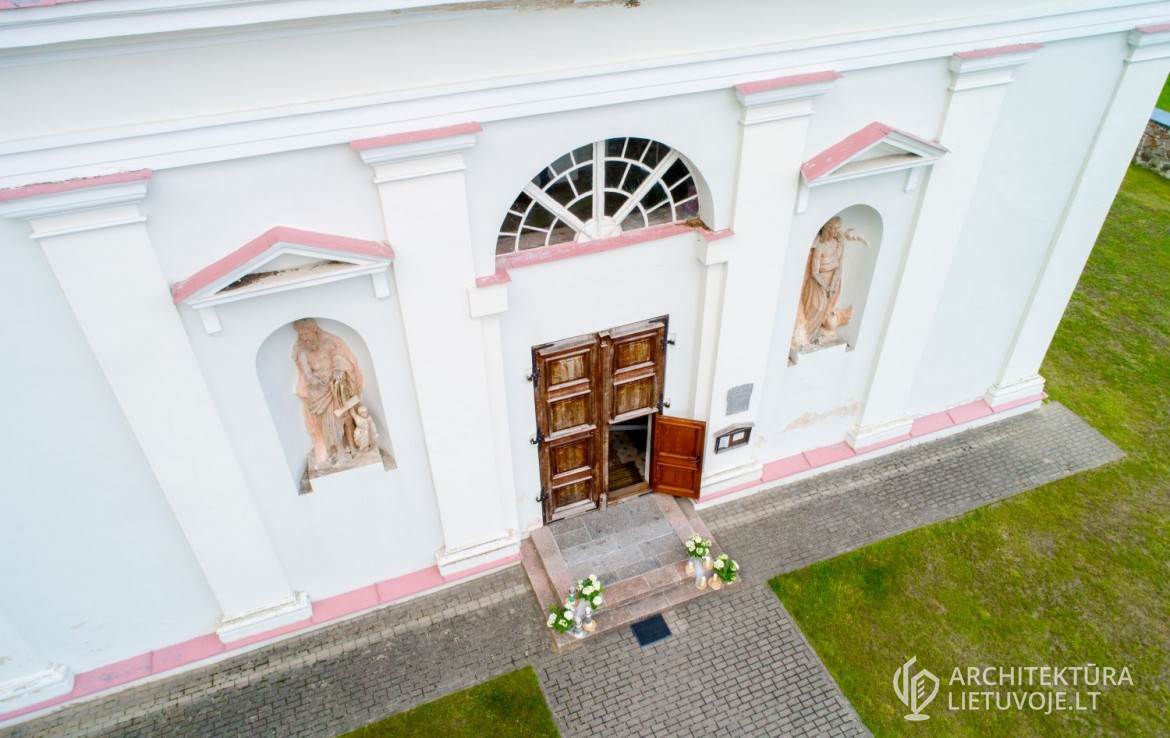