We can discover almost the most north-western historic masonry church of the country in Būtingė, which many today associate with the oil terminal here. The special history of this region made it a Lutheran sanctum, and the parish is considered to be one of the oldest in Lithuania. A large Latvian community was always living there; therefore, for many years the service in Būtingė was also held in their language. It’s true, only songs have remained in Latvian today. Historians believe that the history of the parish begins in the 16th century, and maybe even earlier, with the first church being in the place of the current town of Šventoji. After the Baltic waters have destroyed this one, the region’s prayer house changed several more times, until in 1824 the fifth sanctum, which remains to this day, was built.

Strict, though simple neo-Classicistic forms are revealed in the architecture of the church. The planes of the plastered symmetrical façades are enriched by the rust strips; a modest, single-section tower, attached several decades later, rises up above the central entrance. The compositions of the lateral façades as well the front and the back ones are very similar: windows in the lateral identical façades are arranged in two rows: smaller, rectangular windows reflecting the interior layout are incorporated above the larger ones. Almost regular rectangular plan of the building is slightly broken from both sides by moderately protruding lateral parts: lower windows are distinguished here as well, which are arranged in semi-circular arches. Massive architraves of the lower windows with cornices give the building monumentality in the middle parts.

Both back and front façades are highlighted by niches in the lateral parts. The niches replicate the size and the design of the semi-circular windows from the front of them, and from the back – those of the rectangular windows. A small porch is attached to the centre of the back façade. It is believed that before the construction of the tower the pediment of the front façade used to be identical to the second one: triangular plane without any elements of décor. The building is completed by a massive entablature and cornice on the top.

The interior is dominated by the laconicism typical of the Lutheran sanctums as well as the wood reflecting the traditional building materials of the region. The naves are divided by five columns arranged in two rows, which also support the choir balconies. The organ choir, as usual, is situated above the main entrance. The presbytery, matching the width and the height of the central nave, as well as the premises surrounding it are incorporated into the general rectangular volume of the building. 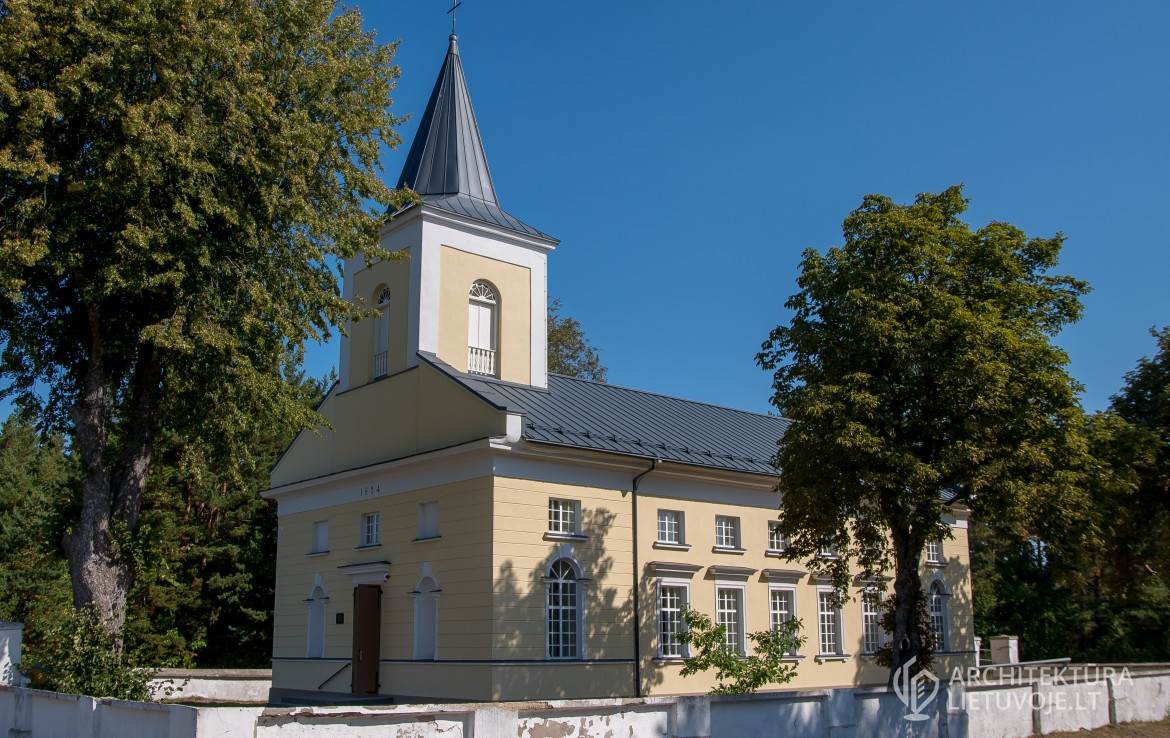 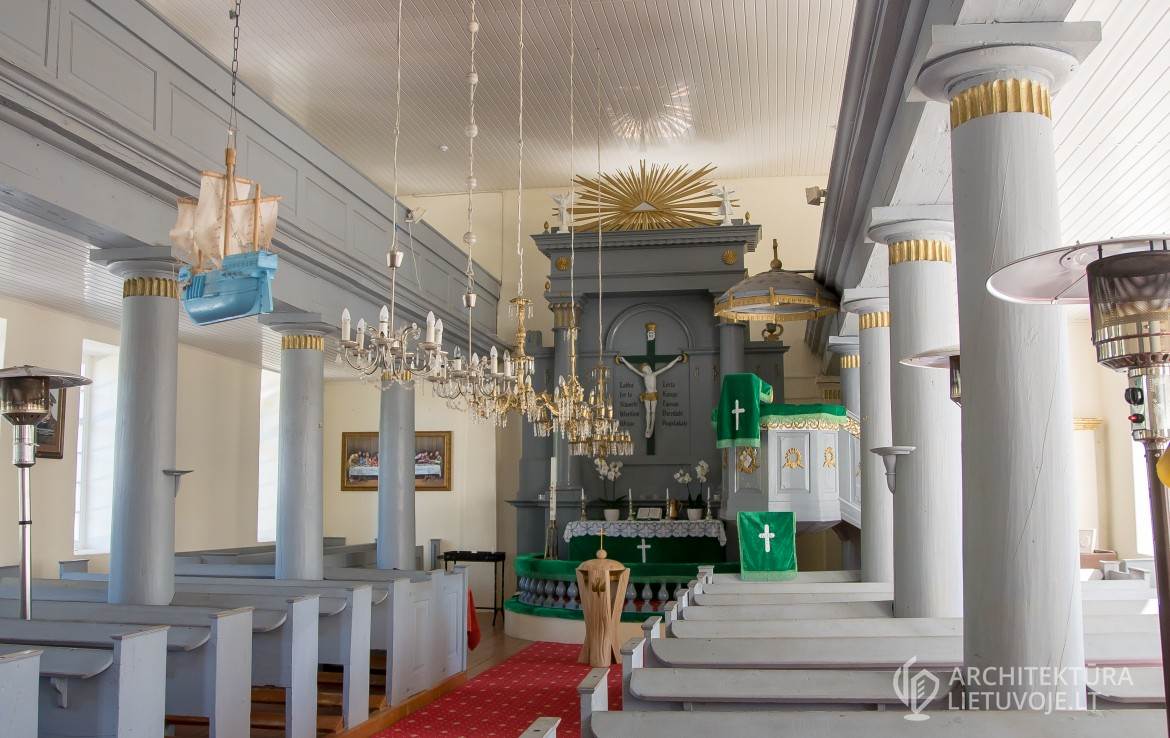 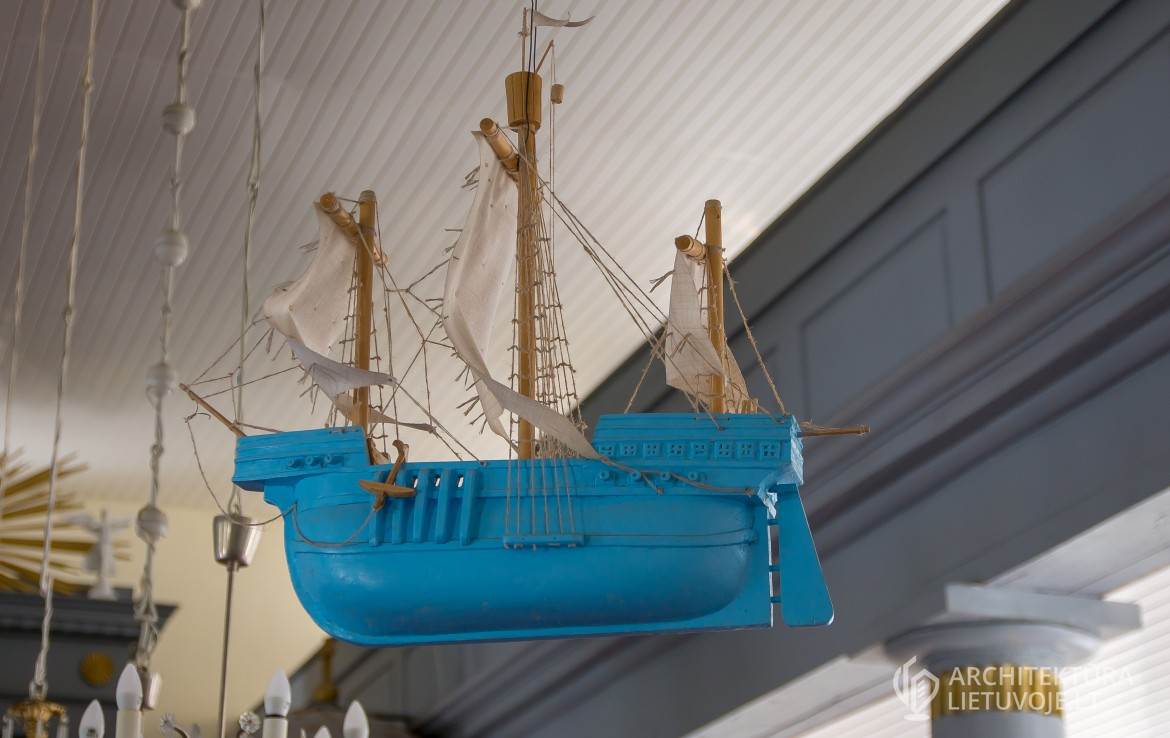 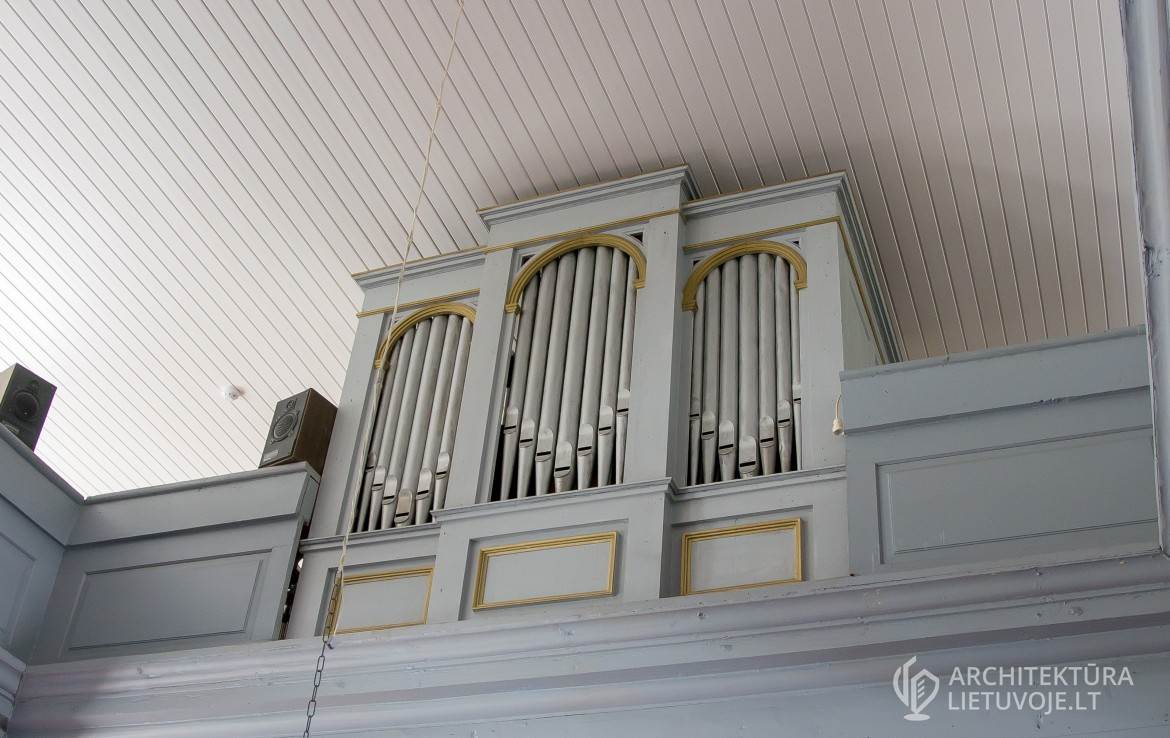 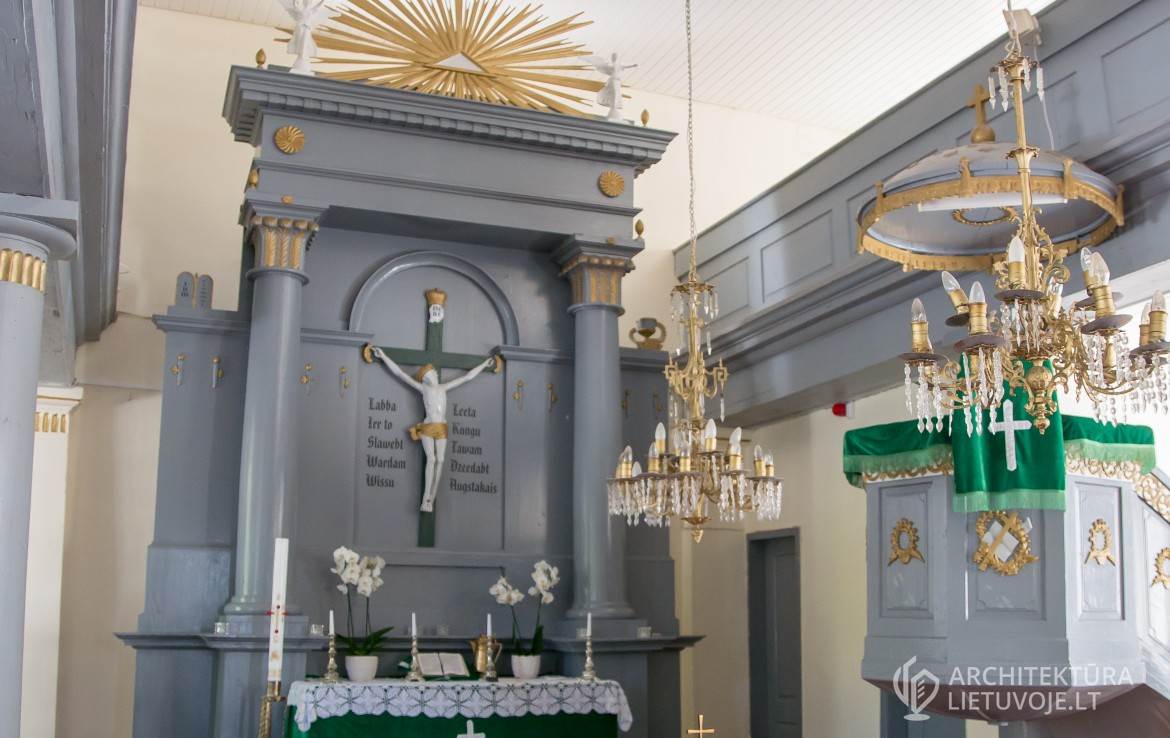 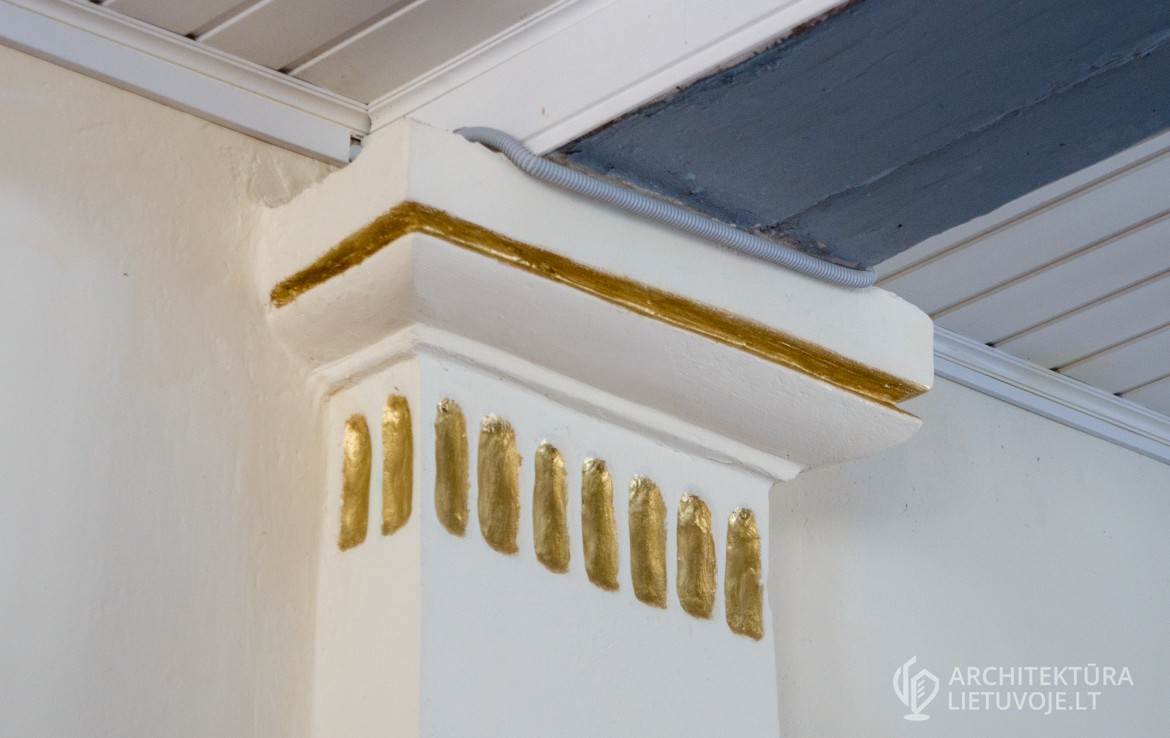 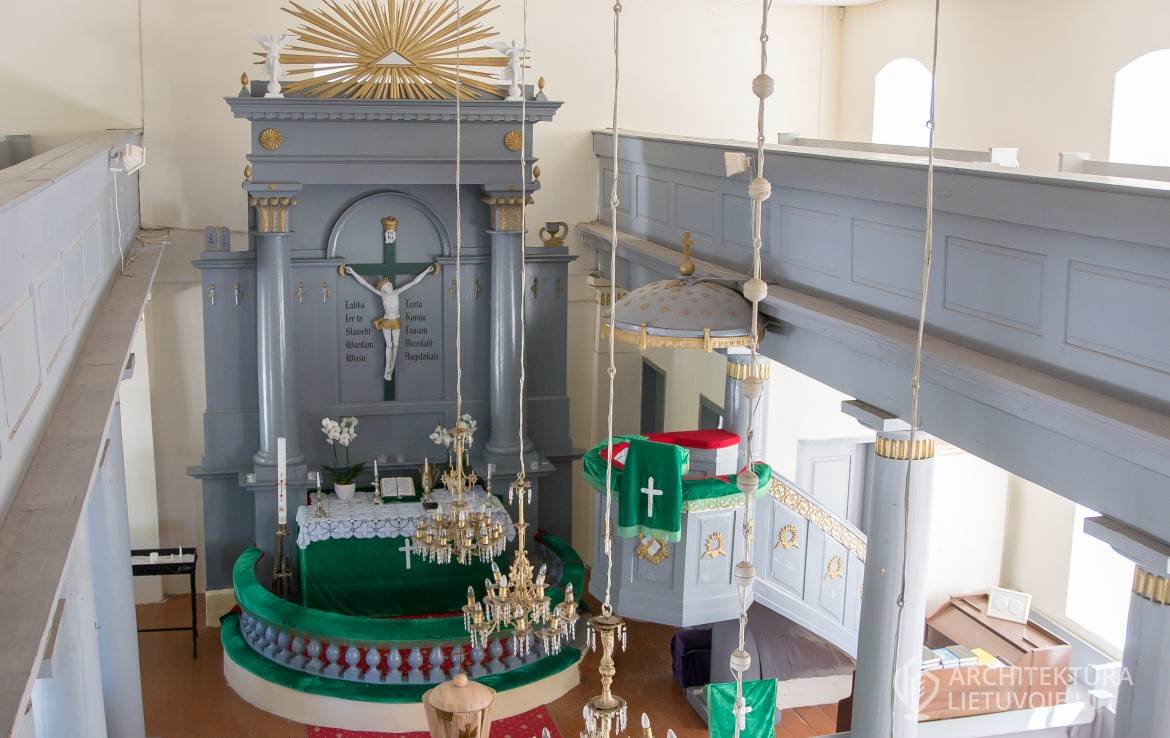 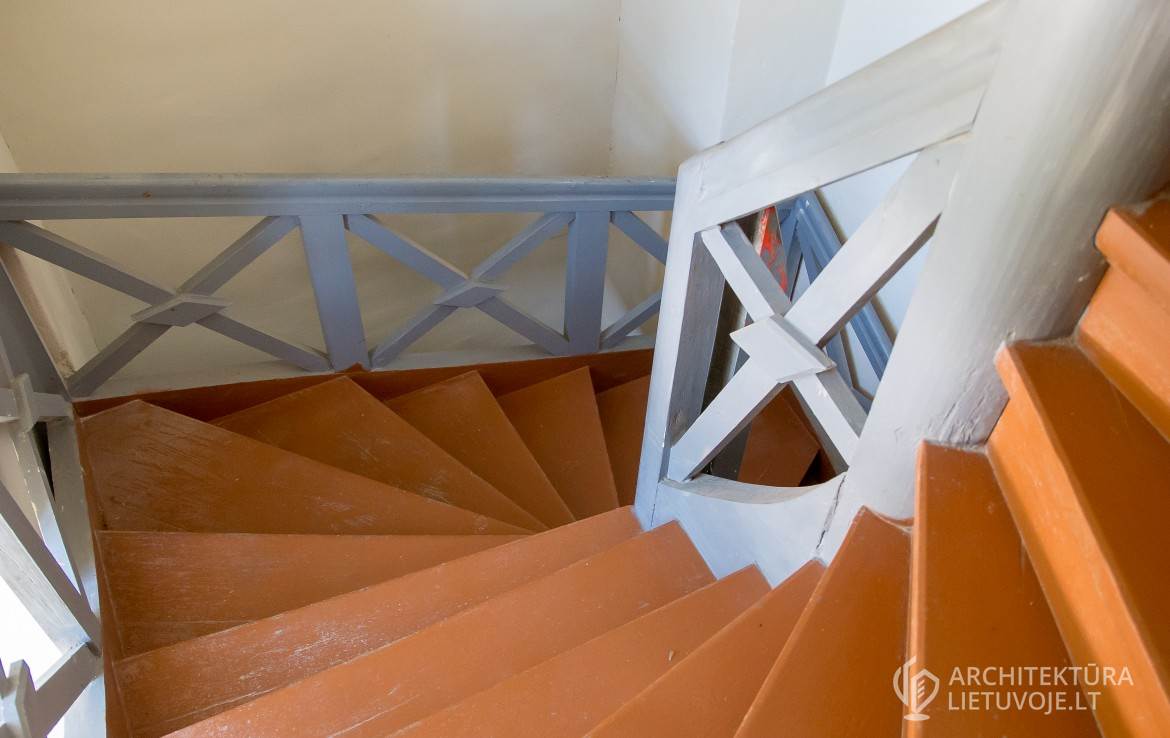 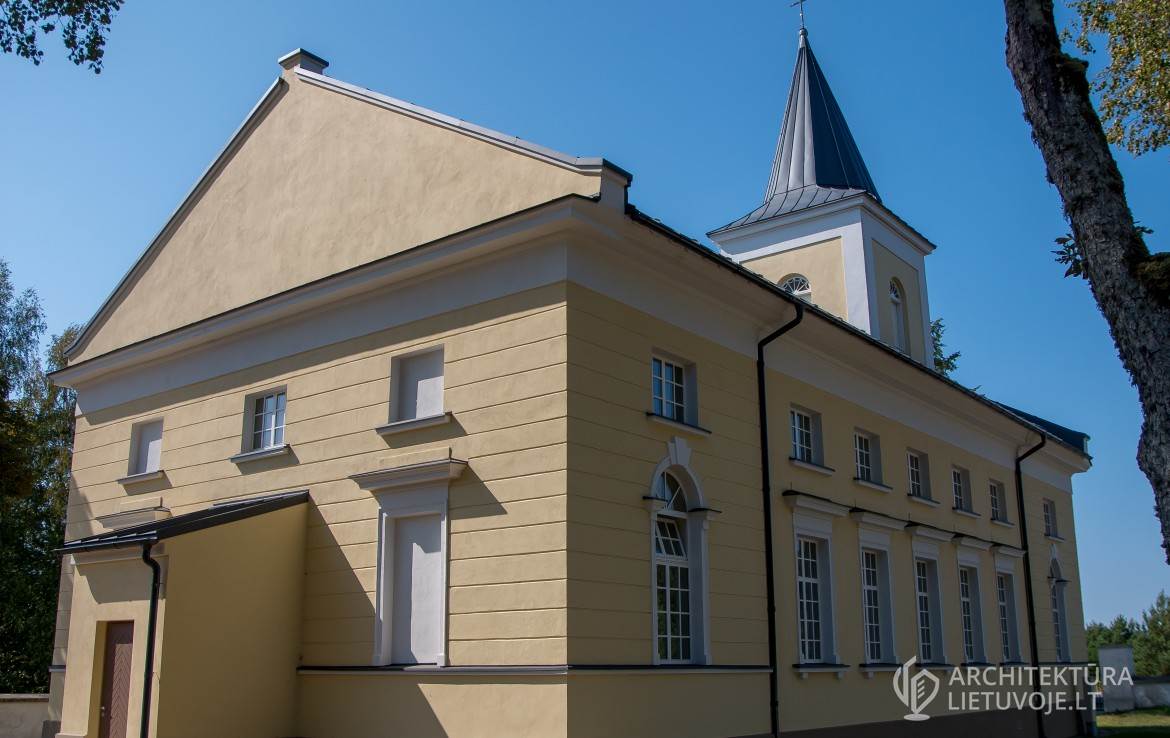 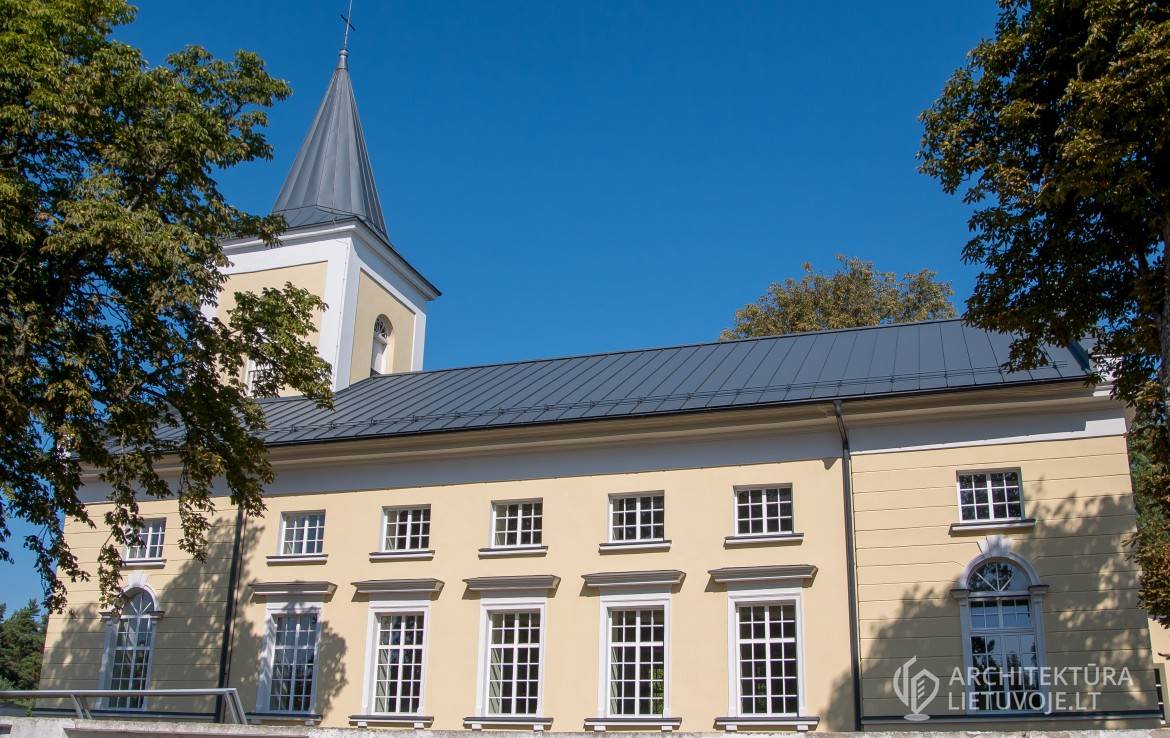 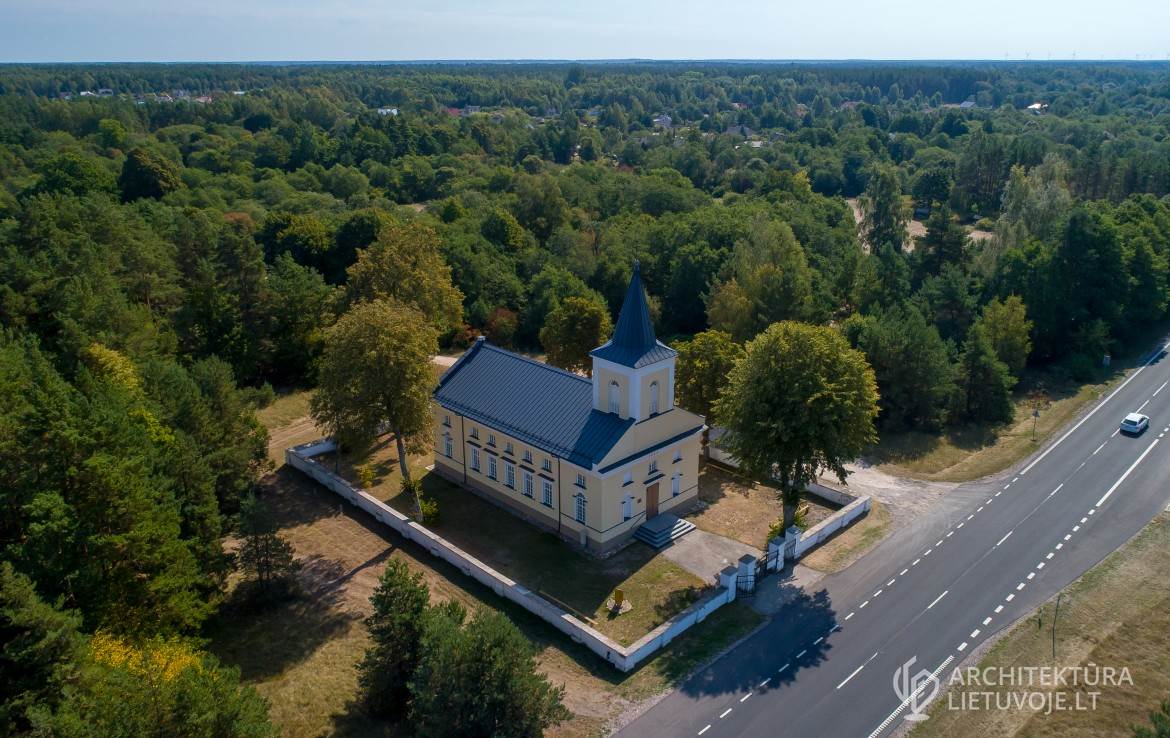 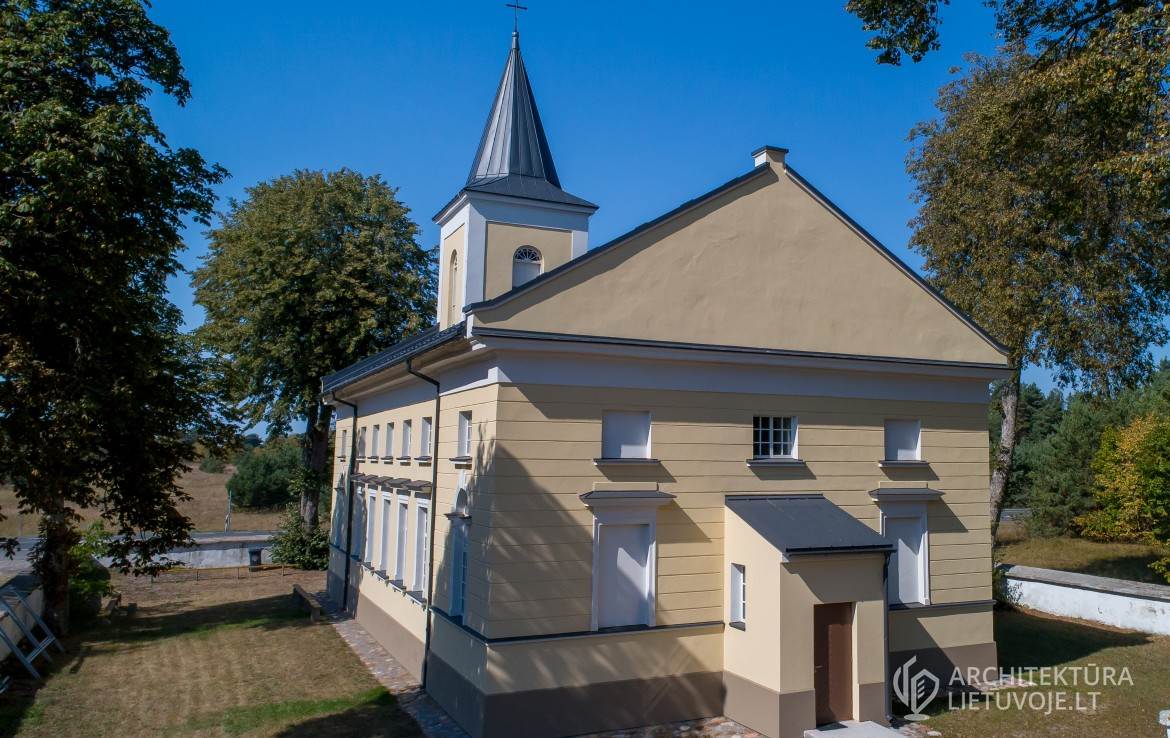