The property of the Manor was mentioned in the written sources even in the mid-14th century. The Manor formed itself in the 17th-18th centuries in two phases which left their own traces in the composition of the Manor.  During the early phase of its development, which included the period between the 17th and 18th centuries, the relief and the structure of the Manor had formed themselves. The final phase, covering the span from the late 18th to the early 20th century, provided the building with the features of the local architecture and those, characteristic of Classicism. In the 17th century, this Manor was owned by the Radvilos, later – by  Tadas Oginskis, the voivode of Trakai, and in the 18th century the Prošinskiai used to be the owners of this Manor. Namely the Prošinskiai obtained from the ruler Stanislovas Augustas Poniatovskis a privilege to establish a town in the vicinity of the Manor.

Today, the Manor property consists of three buildings and some remnants of former structures. They are: The Manor House, built in the early 19th century, having features of folk architecture and Classicism; a stackyard, built in the 18th century and rebuilt in the late 19th century; a granary of the late 19th century, which originally had been built as a maintenance building. Some remnants of the barn, the network of roads and a park with sparse trees have stood a test of time as well. The foundations and stonework remnants mark the buildings demolished. All buildings formed two rectangle-shaped yards: two sheds, a cattle-shed and the granary survived formed the west yard, and an L-shaped stable, a site of peon residences, the Manor House and a smithery formed the east one.

After the Second World War, the Manor belonged to the Sudeikiai Collective Farm, from 1974 – to Utena Construction Trust. In 1976-1979, Bikuškis Manor House underwent considerable reconstruction, when, under the project authored by L. Mardosas, the Manor House was adapted to meet economic needs; therefore, planning of its interior spaces was changed. The remnants of the 17th century stonework buildings were demolished together with the peon residential structure and the cattle-shed; new buildings and structures, damaging the authenticity of the environs, were erected, including stairs, a sauna, a sports grounds.

The Manor House featuring Classicism and folk architecture properties was built in the 19th century, still it has some fragments of previous House, which stood here in 17th-18th century. The building emerged on the foundations made of ceramic tiles and field stones and has a rectangular plan, it is a single-storeyed edifice and has a cellar under a part of it. The roof of the House – hipped-gable one. During further reconstructions, the angles of hips and slopes of the roof were altered, and a mezzanine with a loggia installed. The main façade stands out by an open four-column portico, reminiscent of porches of residential houses of traditional folk architecture. The mansard floor of the rear façade contains a loggia, while the ground floor ends with a spacious open terrace. The openings of windows on the ground floor are rectangle-shaped, the windows are traditionally divided into eight equal quadrilaterals with the shutters, characteristic of folk architecture; fanlights of the cellar are arch type. 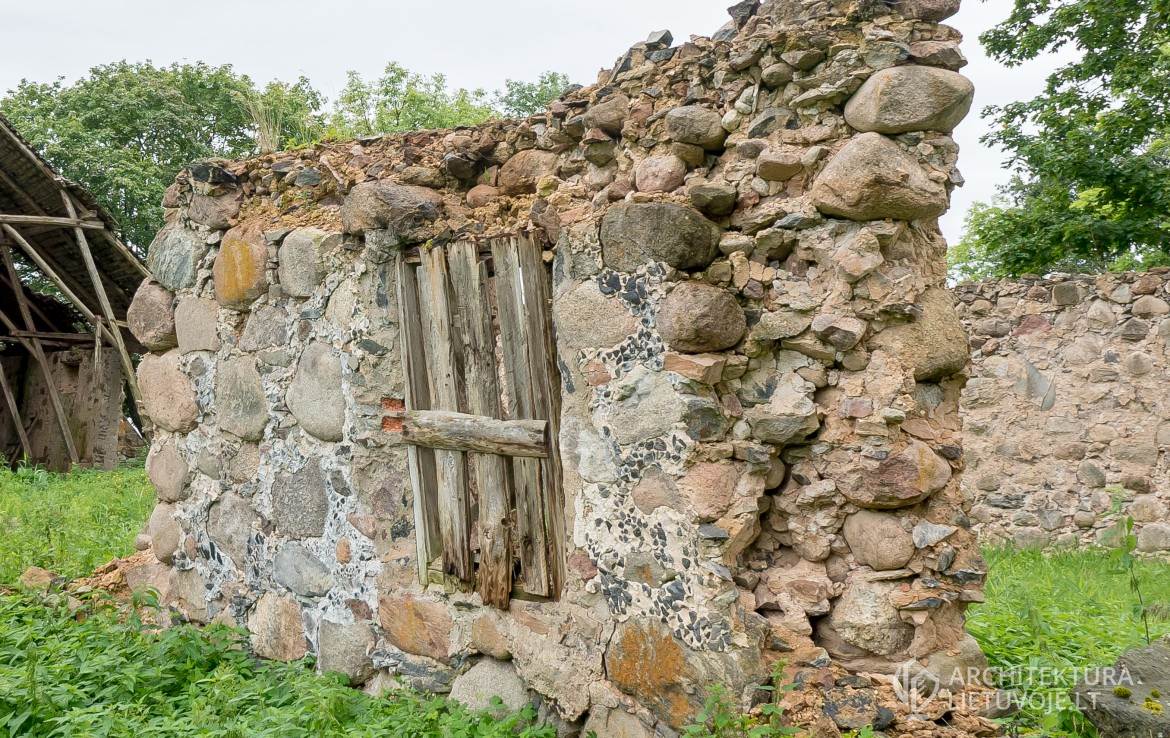 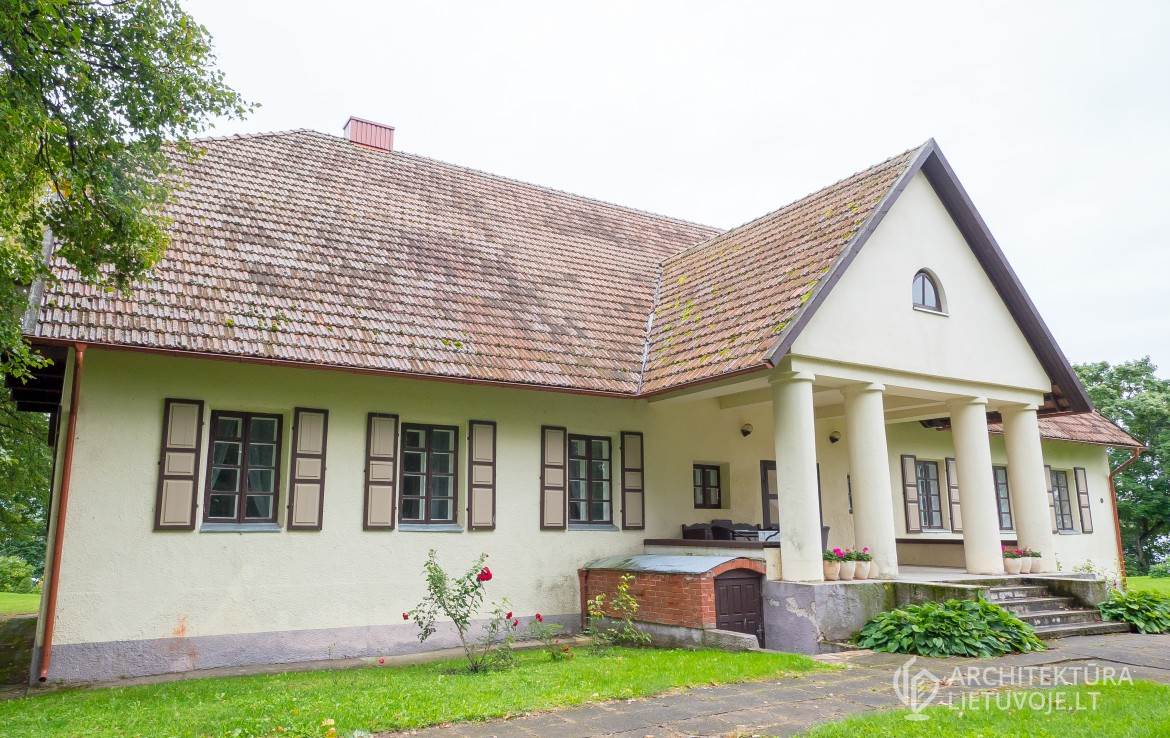 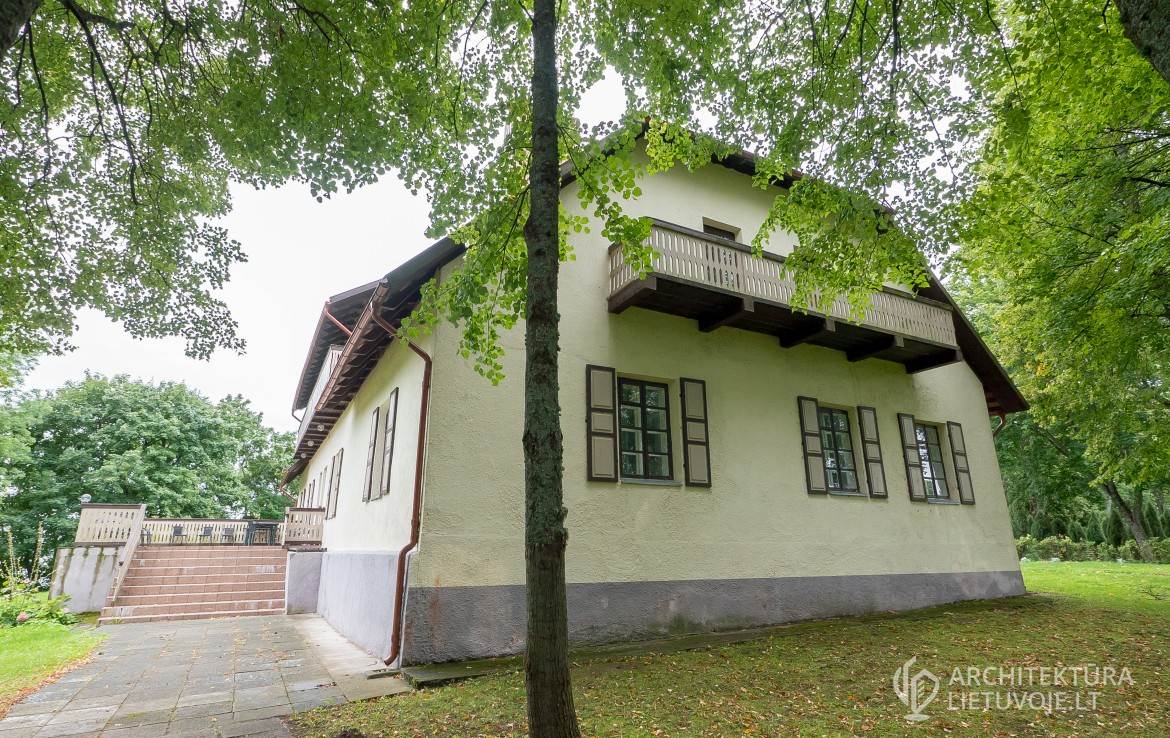 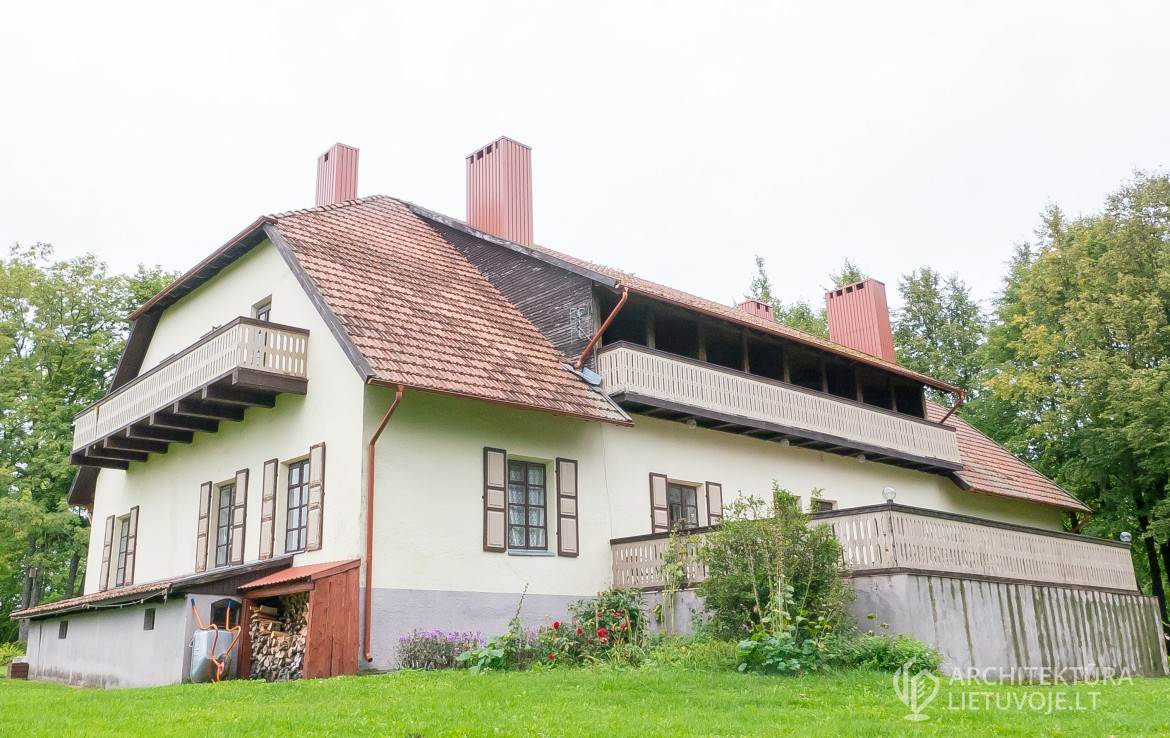 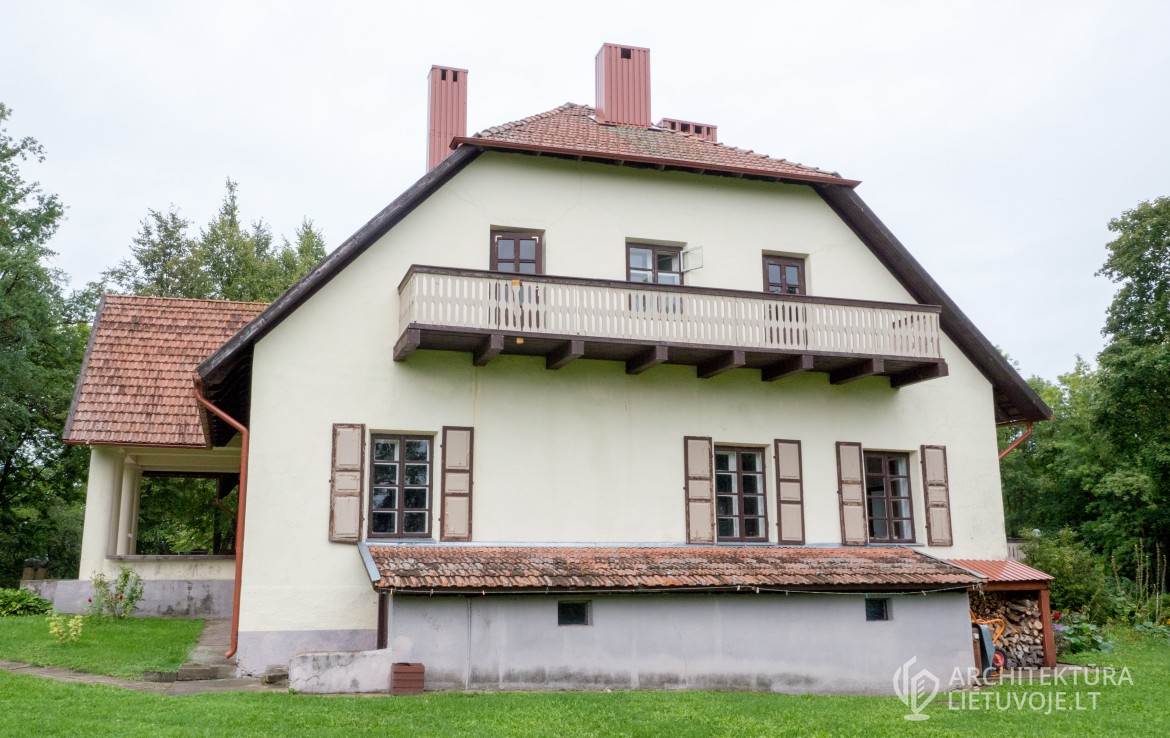 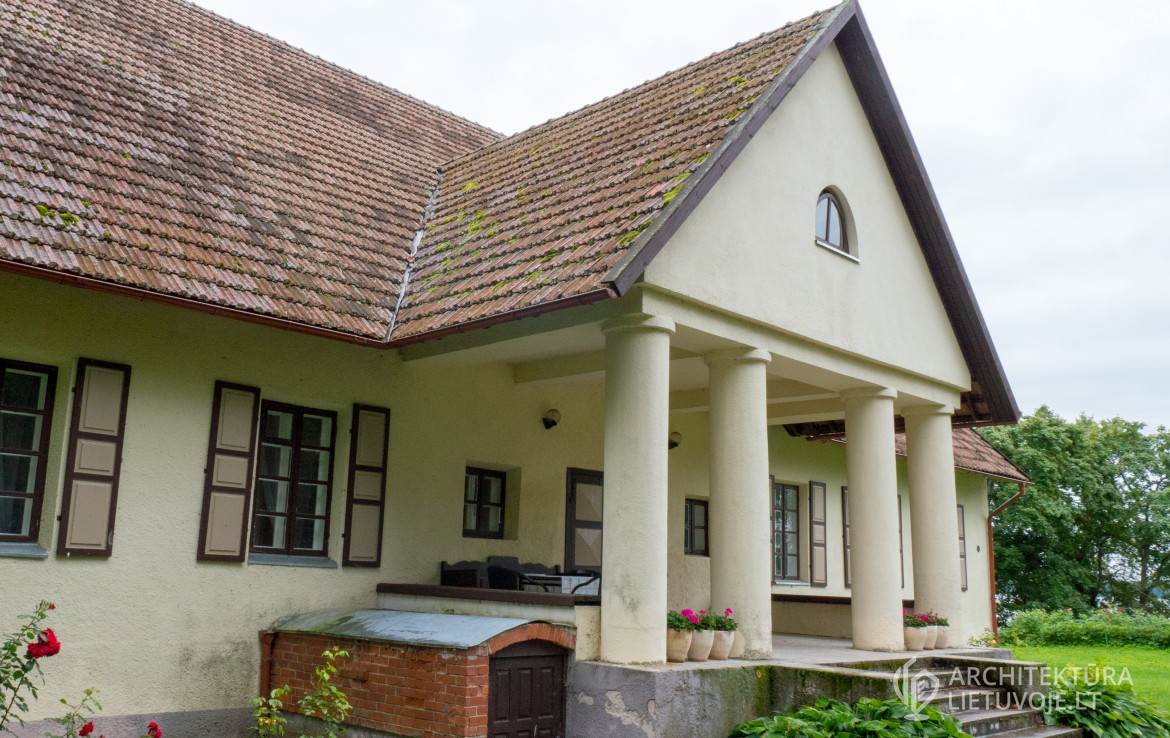 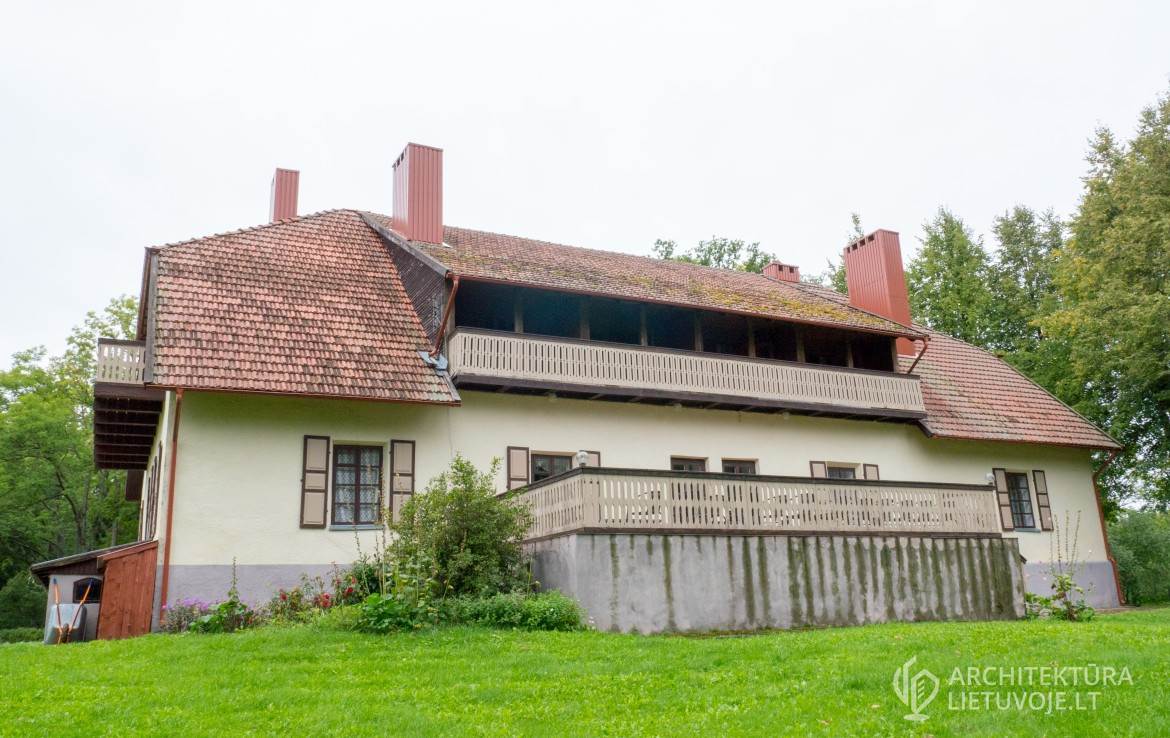 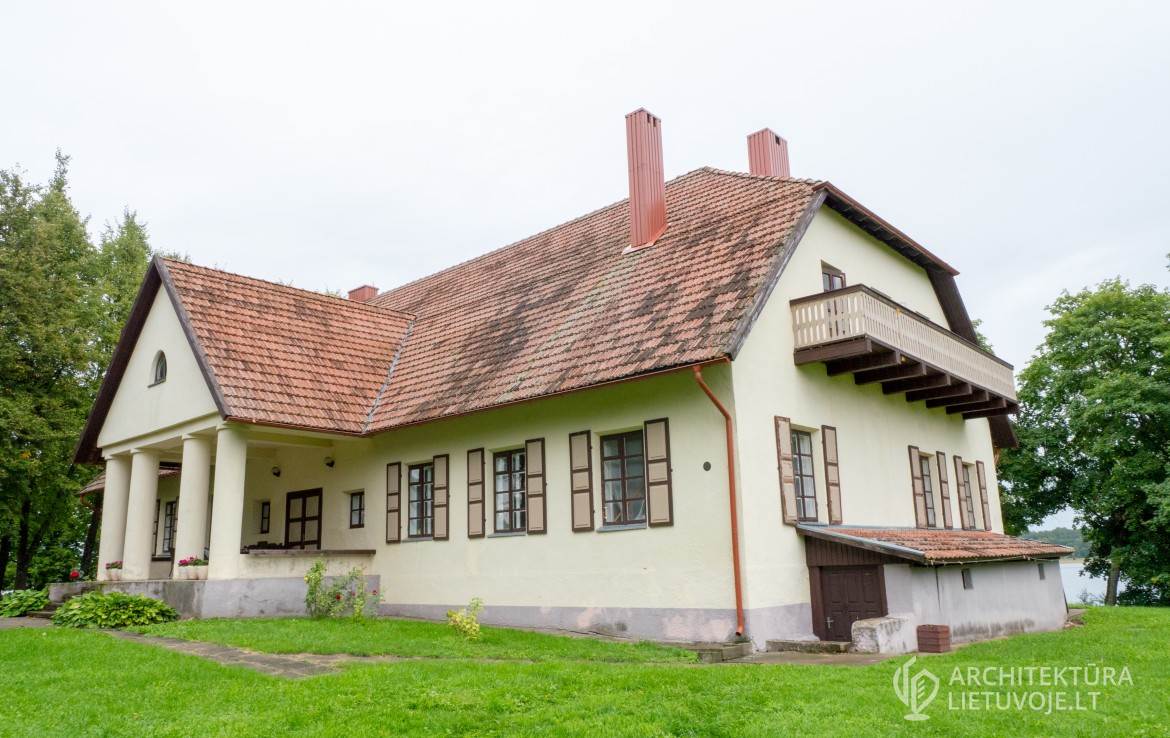 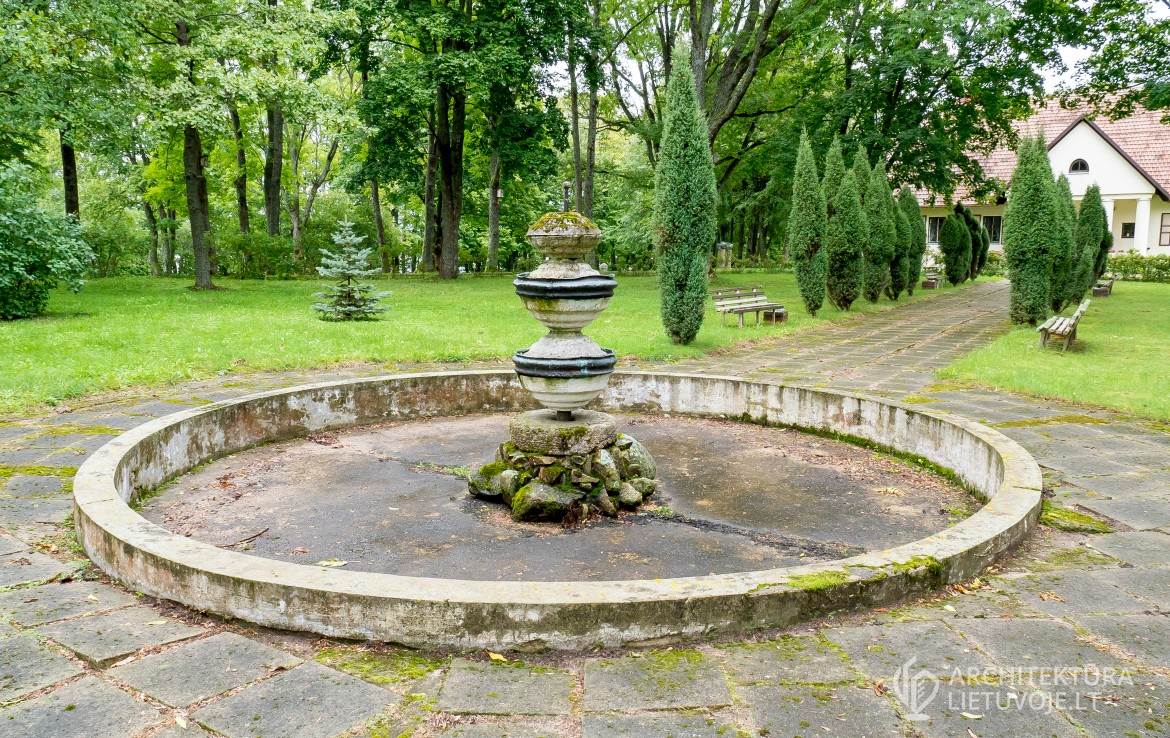 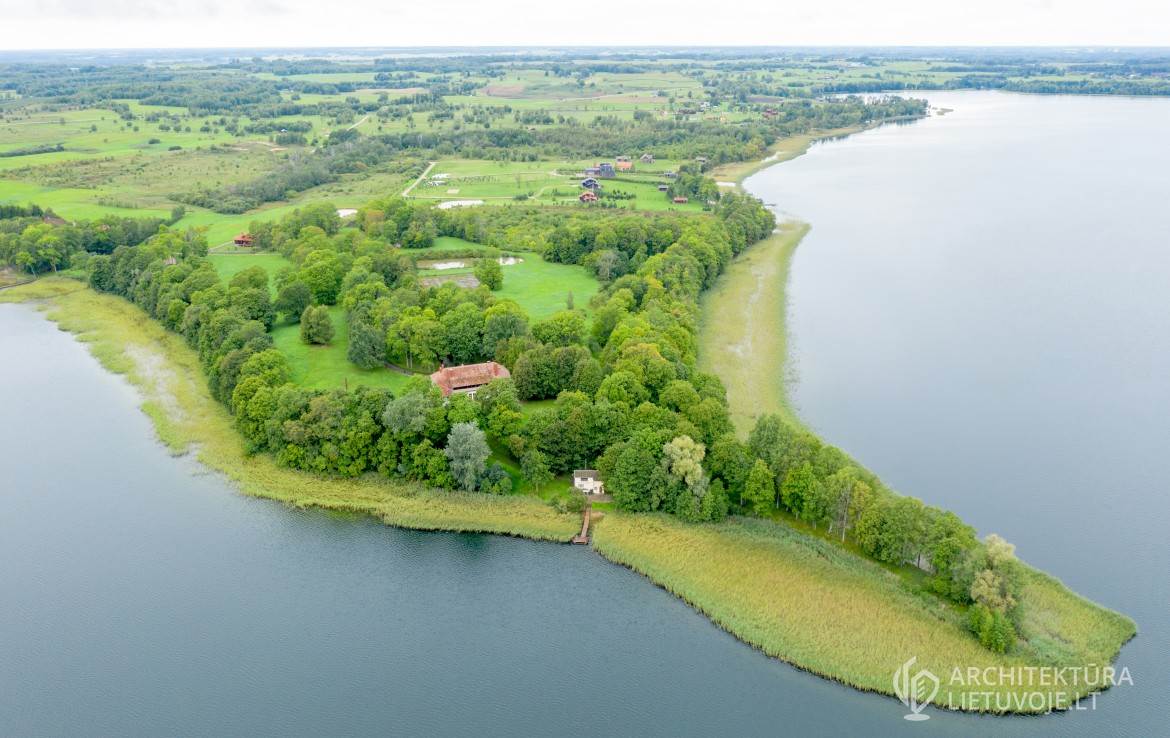 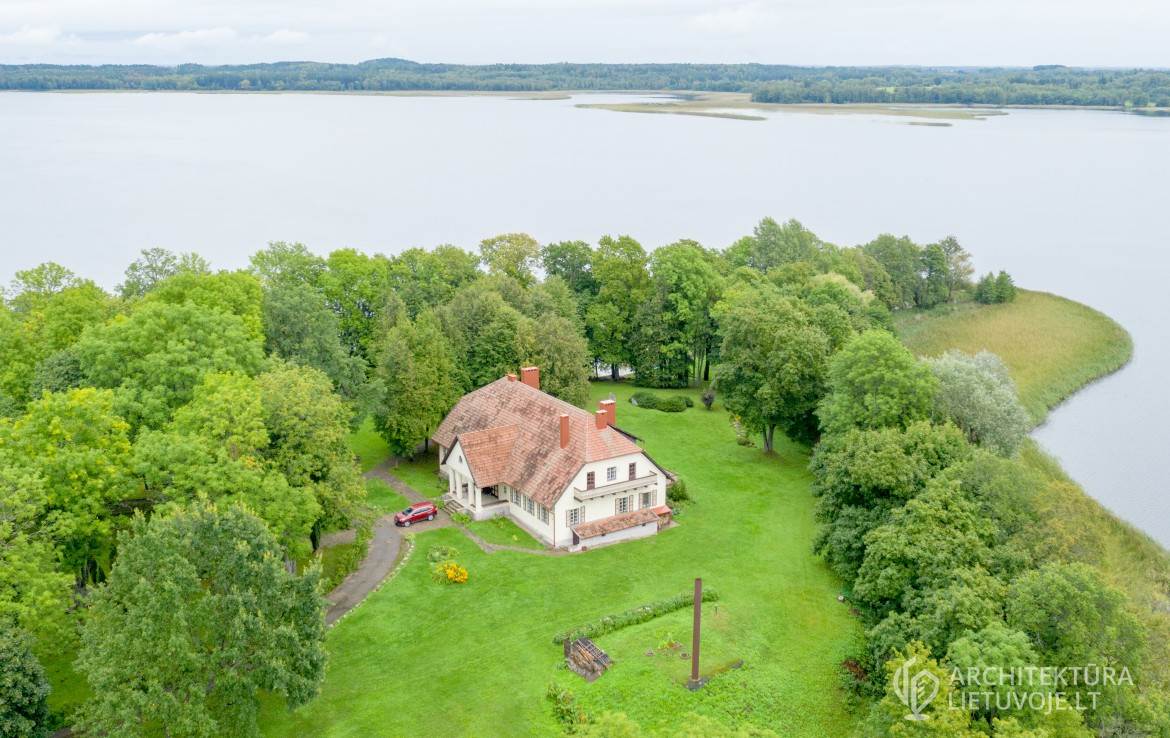 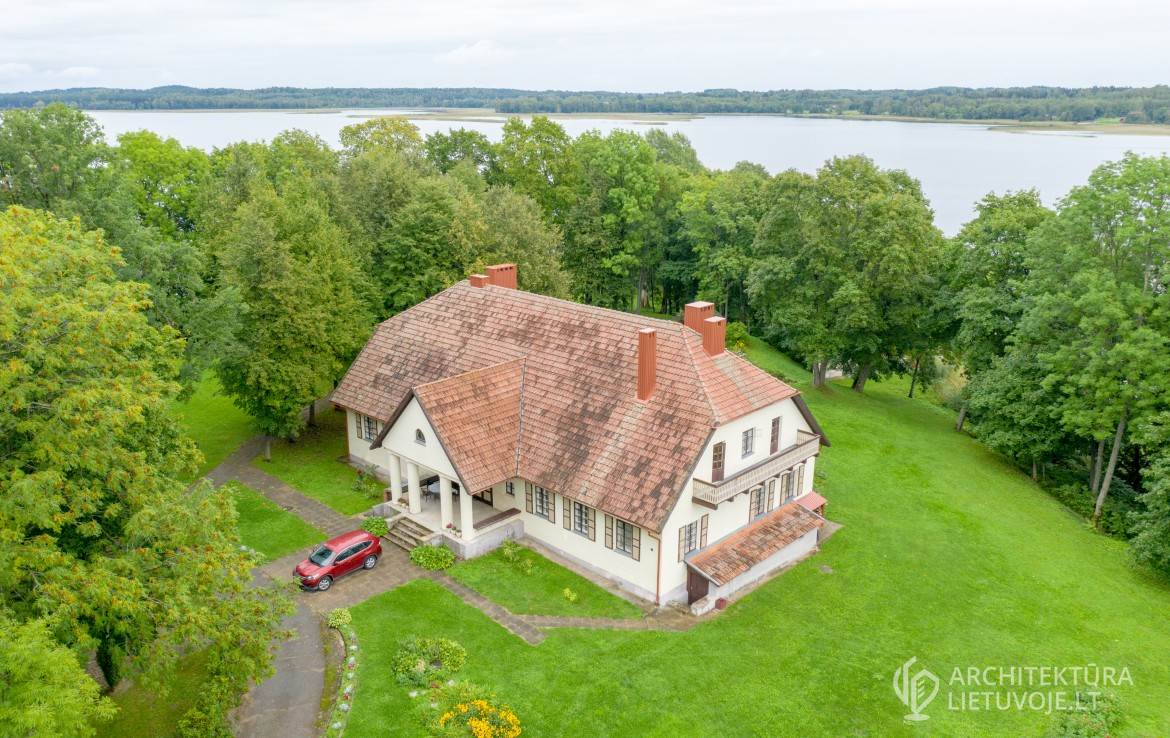