Aštriosios Kirsnos Manor House, which has been reconstructed not once, acquired its final appearance in several stages – in the first quarter of the 19th century, the owner Hektoras Keranga executed first reconstruction, while the second one took place in the mid-19th century and was performed by the next owner Zigmundas Gavronskis. At the Manor ensemble that was developing rapidly at that time, many buildings of minor industry appeared, for example, a brick production plant and distillery. In inter-war period, the then owner established a School of Agriculture in the Manor, while after nationalization, in the years of Soviet occupation, the buildings were handed over to meet needs of the Soviet Farm. Both in 1927 and after 1940, the building was reconstructed to meet needs of the institutions having established themselves herein.

Moderate, classically strict facades of the Manor House are symmetrical. On the main, south facade, a massive portal with four Ionic Order columns is seen by travellers from afar. Both the entablature, cornice and the upper part of the triangular pediment are decorated with the dentils – such a solution is reiterated in the cornice girding the entire building. On the other hand, the laconic decor of the facade is supplemented here with the five-walled fasciae, covering the top part of the first floor windows. The execution of the windows is the same on the rear and short facades – between the latter, on the central axis, a rounded, recessed niche, emphasized due to a large trimming, is integrated with a window running along the almost entire height of the tier.

The edges of the north facade avant-corps are distinguished by grooved ledges, when this avant-corps on the ground floor of the central plane “passes” to the bossage, dividing its area. One can see the same solution and on the other side of the Manor House in the facade part behind the portal, still the grooved ledges are replaced here by smooth pilasters. Slightly similar are straight both-sided fasciae of the first floor, still on the north part they are held by volutes. On the other side of the rounded windows and doors of the ground floor there was the most sumptuous space of the Manor House – the large hall, while on this side of the walls, as usual at that time, an outside terrace was. Although the Manor House is not at present in the best condition, still the inside features, such as remnants of the past in the form of decorated trimmings of the doors and fragments of old tiling on the flooring and stairs, in part survived. Perhaps, the most expressive place in the building is in some places uncovered old pictorial decor. Apparently, the inside of the Manor House was decorated richly with false, painted architectural details.

Prior to departing, it is noteworthy to take a look at many other buildings of the ensemble of this, one of the largest Manor Houses in Suvalkija. Many of them appeared or their present forms acquired in the second half of the 19th century. They are not uniform in style, still, eclectics dominating here and implications of Romanticism make a sharp contrast to the serenity of Classical Manor. The nearest to the architecture of the Manor House is a building nearby – a small, single-storeyed kitchen structure with Neo-Classical expression. 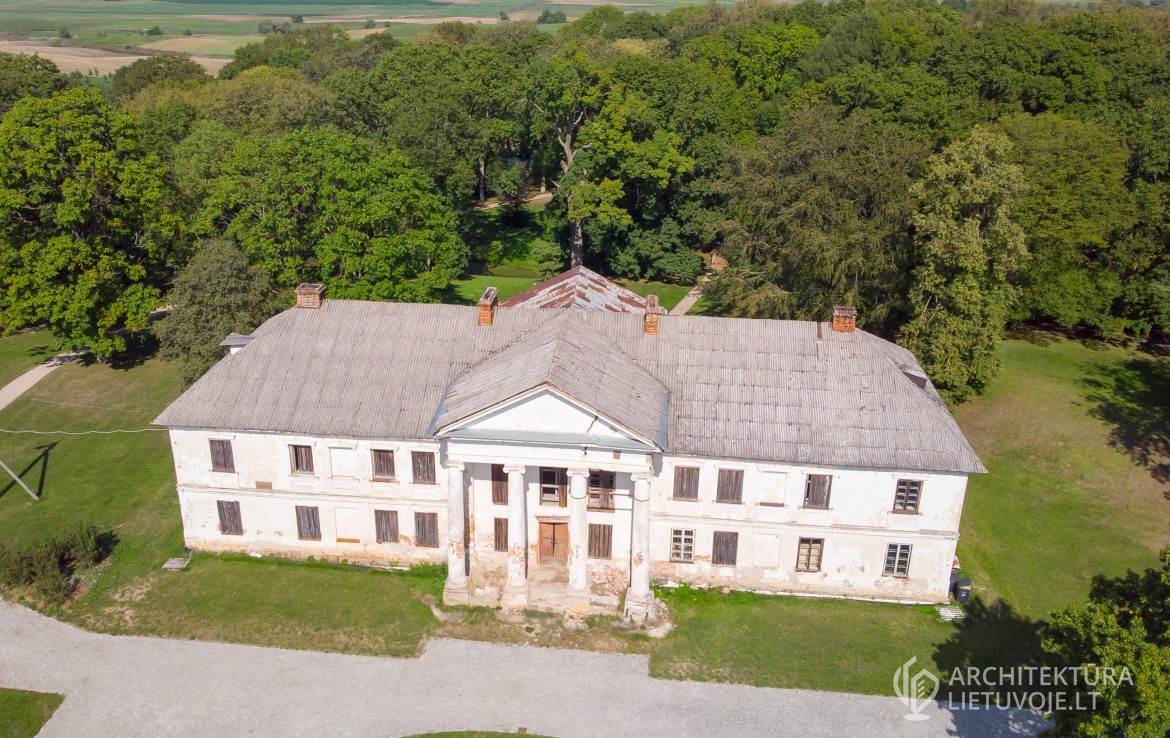 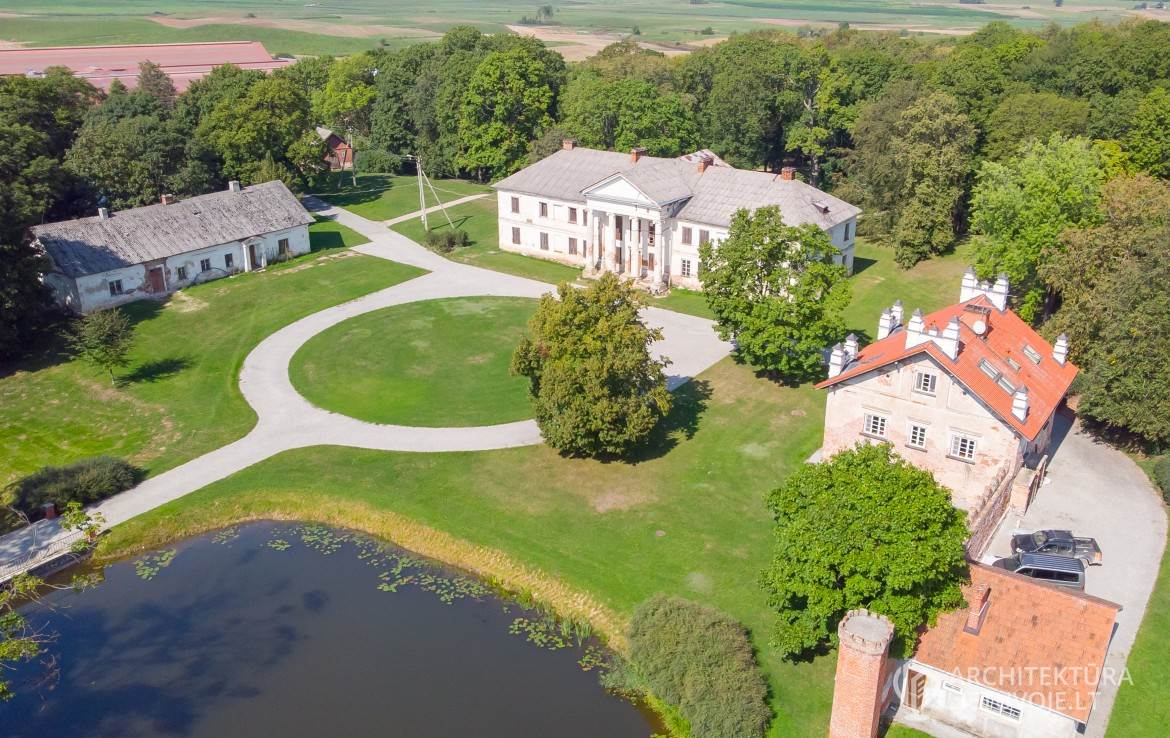 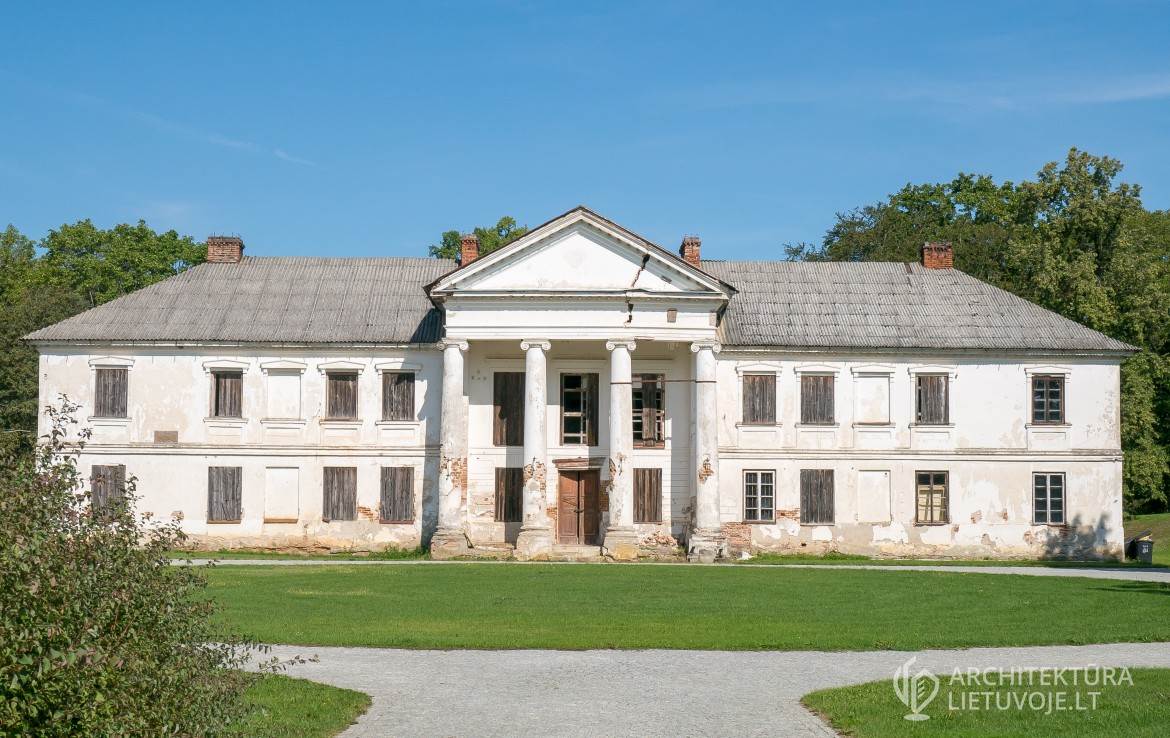 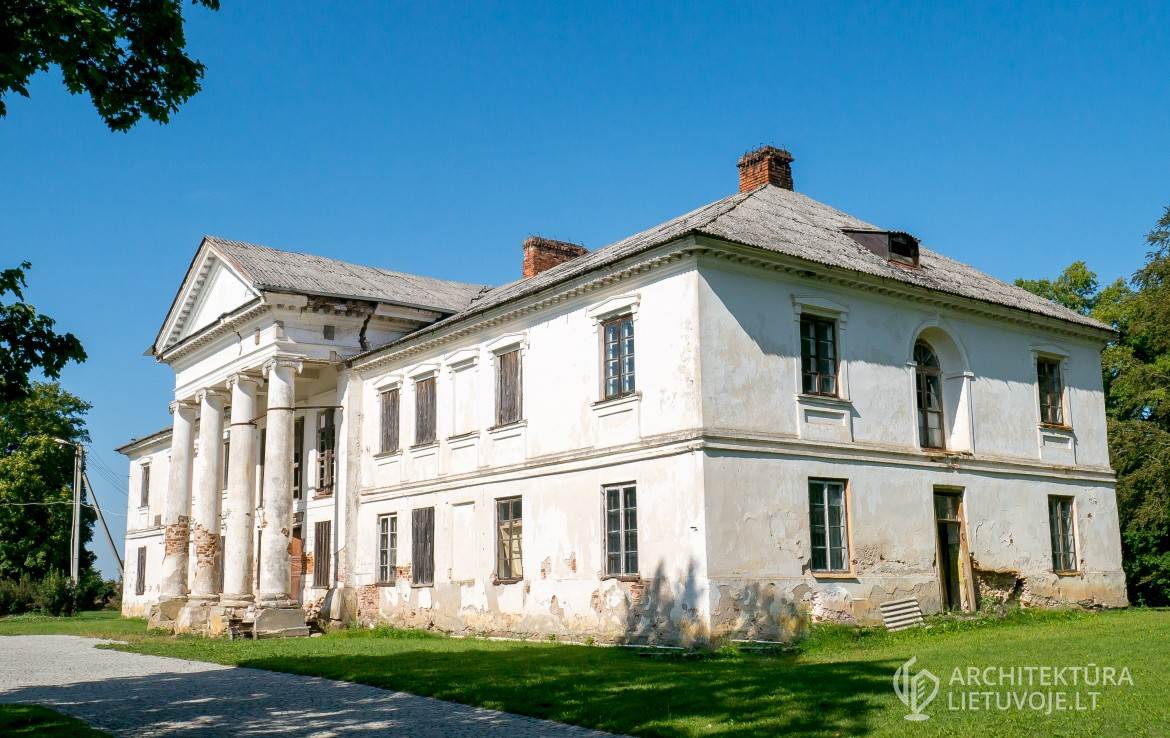 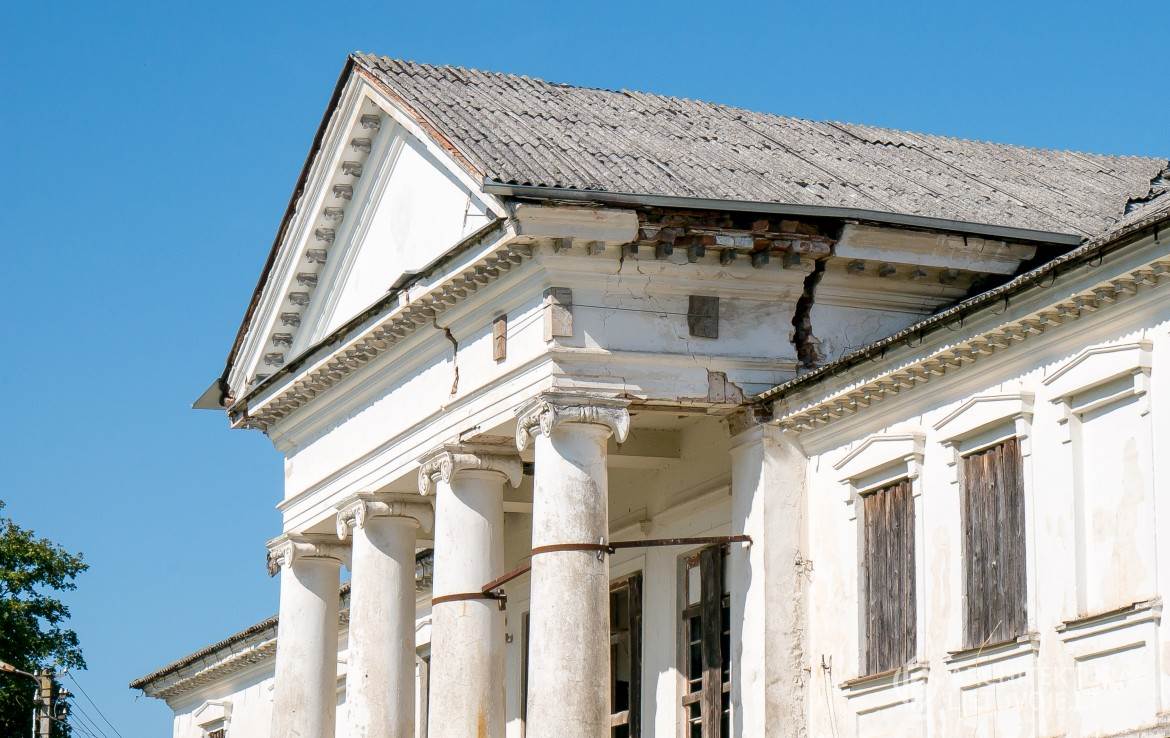 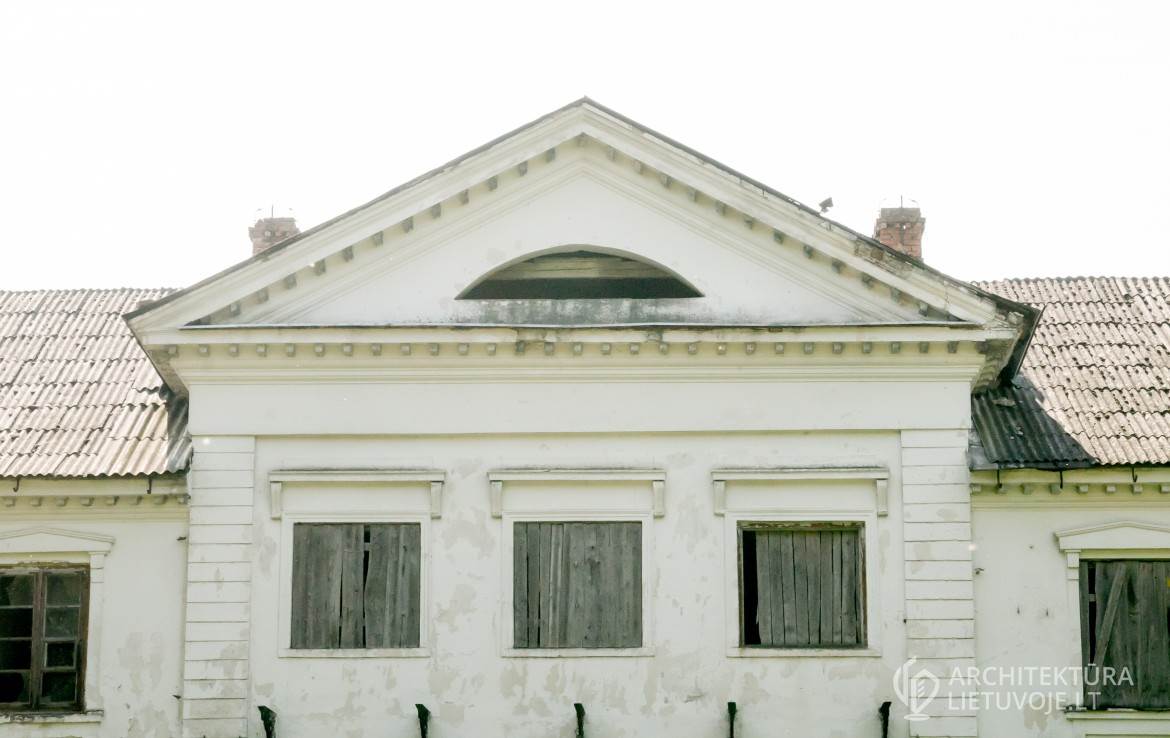 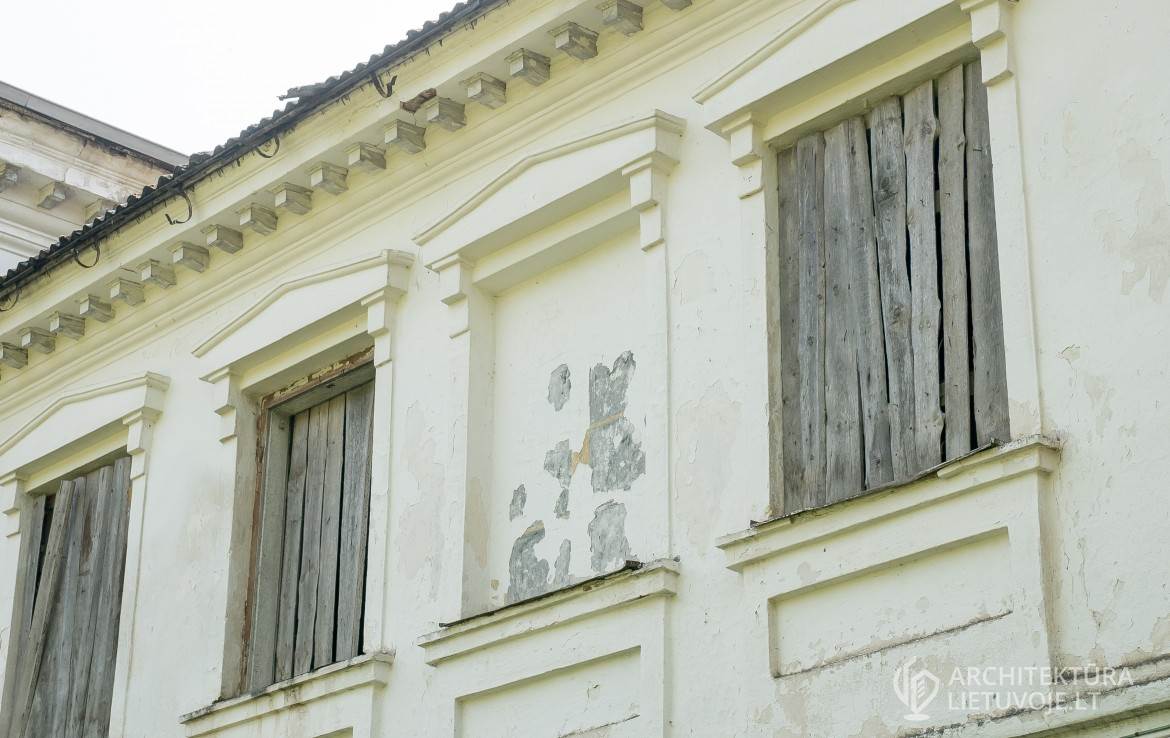 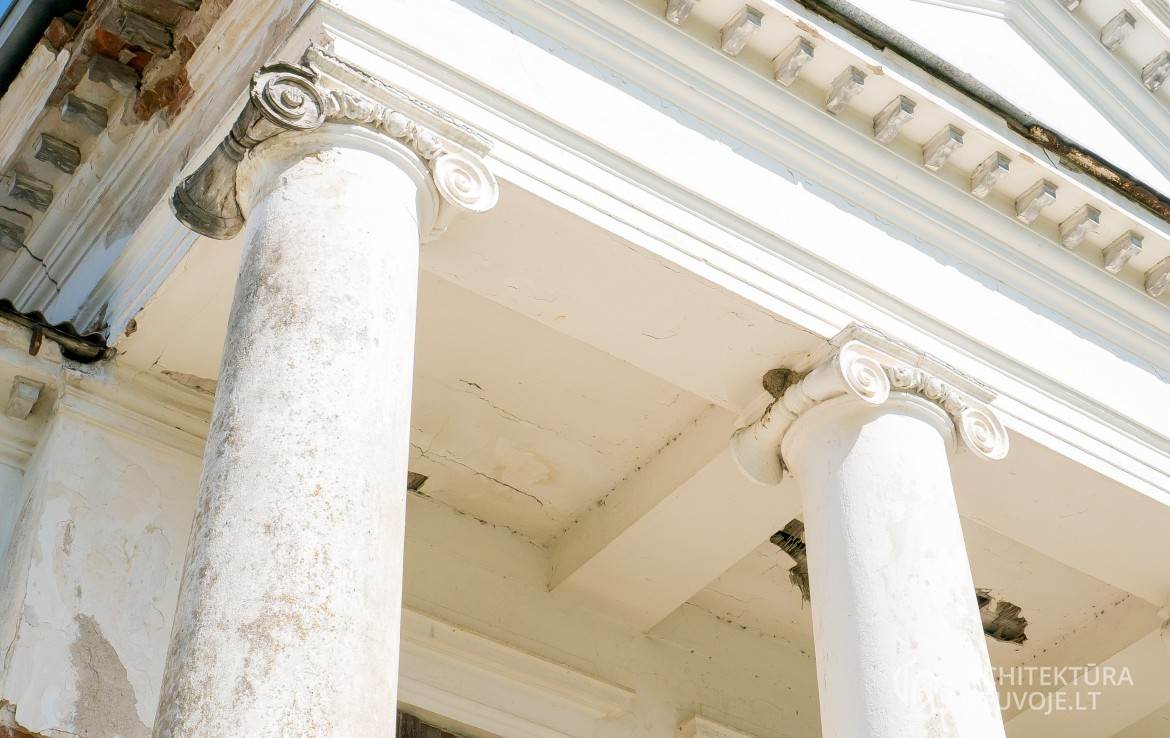 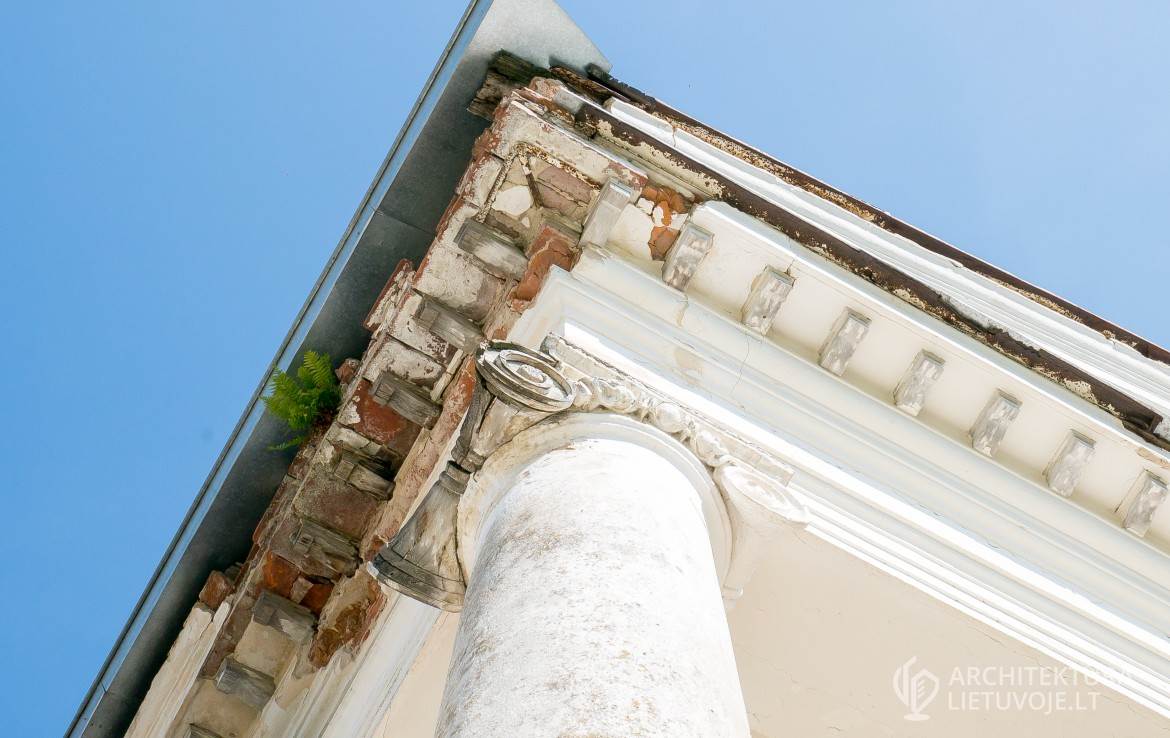 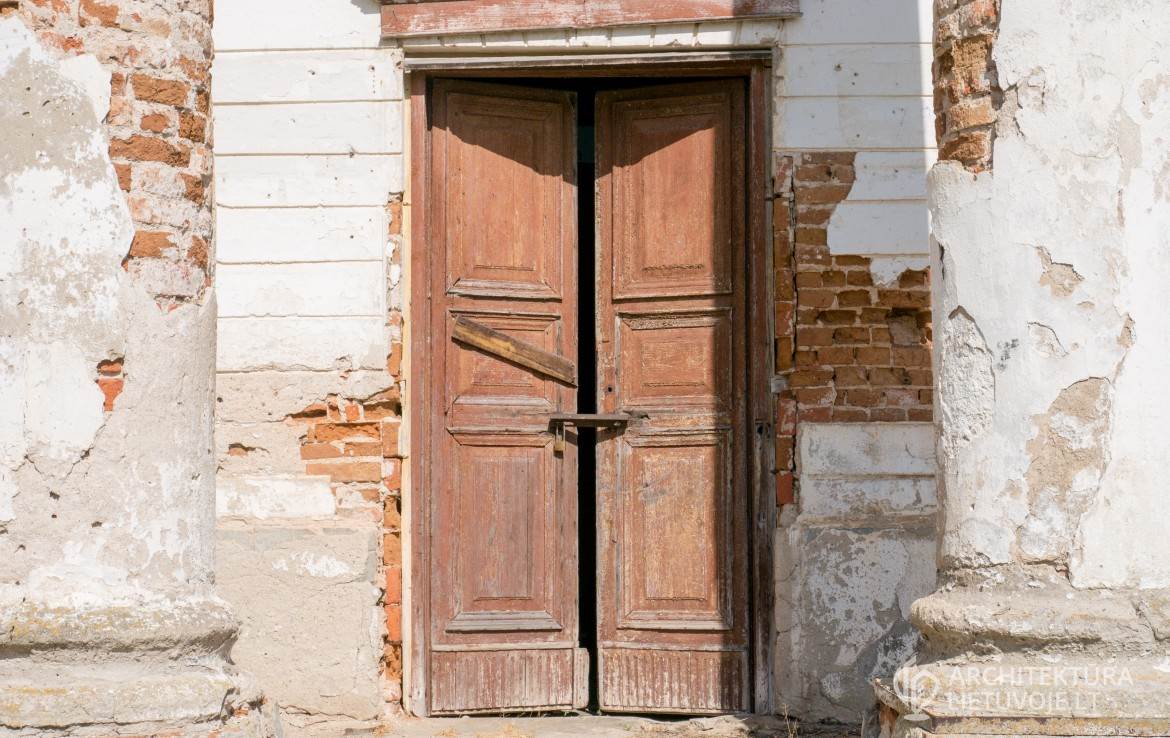 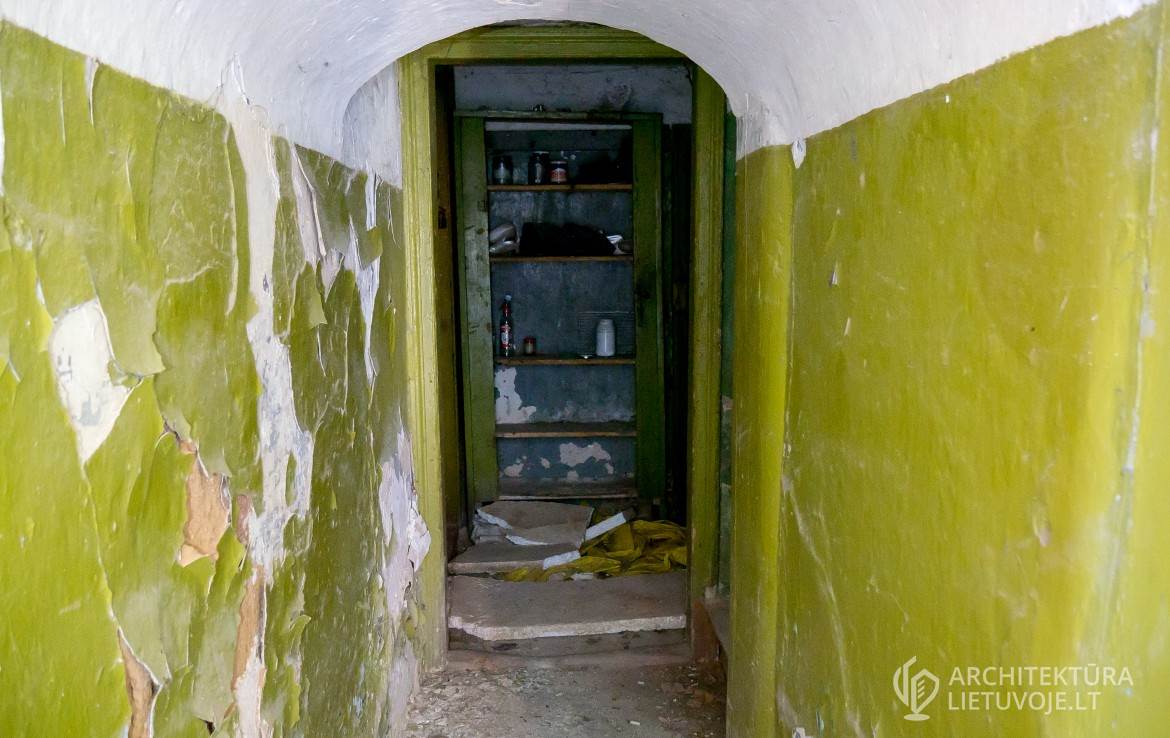