Until the early 18th century, Antazavė was a part of Dusetos Manor property, the owners of which were the Radvilos, the Rudaminai, the Piotrovskiai, and the Tyzenhauzai. In 1686, the Tyzenhauzai sold the Dusetos Manor together with the small estate of Antazavė to the Pliateriai. In 1729, the smaller Antazavė estate, as a separate possession, became owned by Aleksandras Konstantinas Pliateris. Apparently, namely he became the founder of Antazavė Residential Manor. In 1790, the Pliateriai signed a contract with the architect Antanas Naglovskis, who undertook within four years to build the present Manor House, two service buildings, the church, the deanery, the spital, the inn and the town. By the way, a version exists in the literature sources that the project of the Manor was drawn up by the most prominent architect of Classicism period Laurynas Stuoka Gucevičius. Kunigunda Pliaterienė took the trouble,  and the road was built from the Manor to the church, and a park established alongside with the construction of the new Manor House. In 1838-1839, a barn, a cattle-shed, a stackyard were built that survived into our days. In 1915, in the Antazavė Manor, the Germans established the commandant headquarters. Food products and feed for horses were demanded from the Manor. After the War, life in the Manor was in full swing again, because until the very beginning of the Second World War it was owned by the barons von Ropp. After the War, the ambulatory was operating in the Manor House building, while after reconstruction of 1949, a Child Care Home was established. In 1961, a boarding school was established in the Manor House building. In 2012, the restoration works on the Manor roof and facades were launched.

Classical Manor House building, which was built in the late 18th century, is rectangular in plan, a two-storey building with the basement, both-sided symmetrical avant-corpses and the garret. The foundation – field stone masonry, the walls are bricked from red bricks. The basement is covered with cylinder vaults of brick masonry with lunettes, part of the basement consists of the fragments of the former wooden Manor cellar. The building is covered with a hip roof, the avant-corpses – with pitched roofs. The avant-corpses on the facades end with small triangular pediments, in the main facade, semi-round fanlights are integrated, while in the pediments of the avant-corpses – circle form fanlights are. In the centre of the north facade – a small attic-type pediment with a shield of coat-of-arms, made of plastered brick masonry, sits. Part of facade finish has deteriorated.

During the reconstructions executed at the end of the 19th – 20th century, some openings were reduced or bricked, while the cornices fragmentarily re-bricked. The exterior of the Manor House acquired its present appearance during the reconstruction that took place in the late 19th century: the facade that used to be a three-storey, became lower, the columns by the main entrance disappeared. Even today one can see in the avant-corpses the marks of two former balcony parterres, supported by columns. 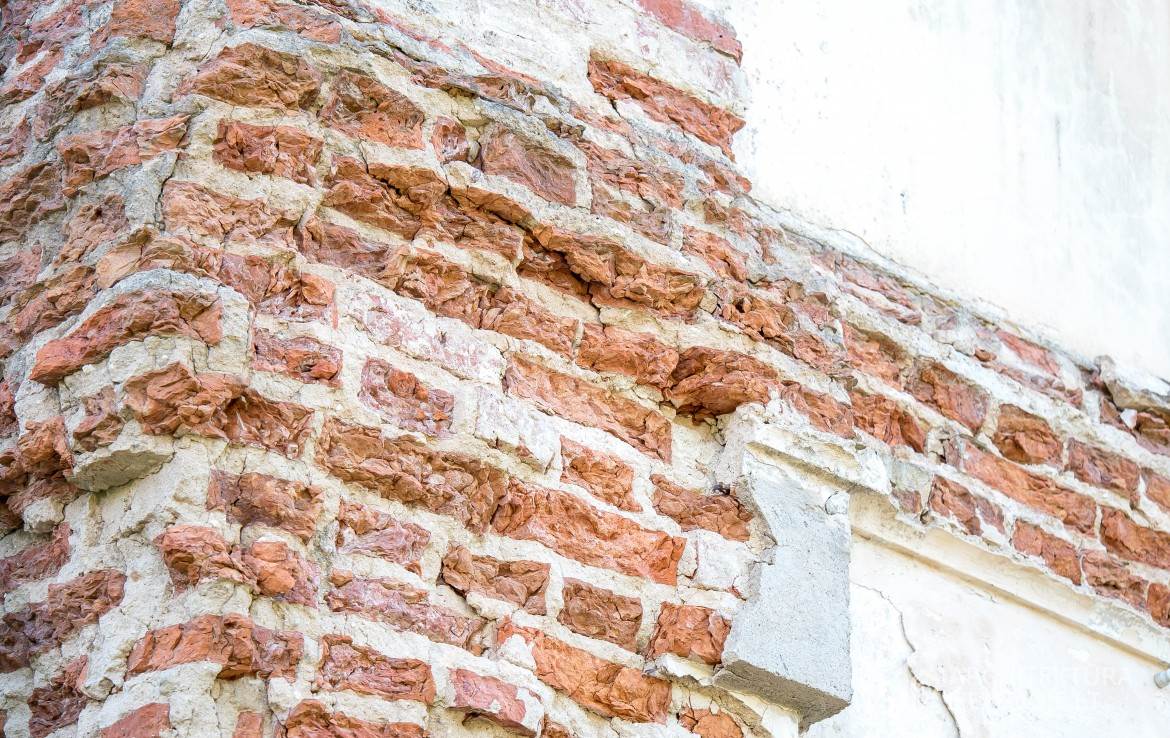 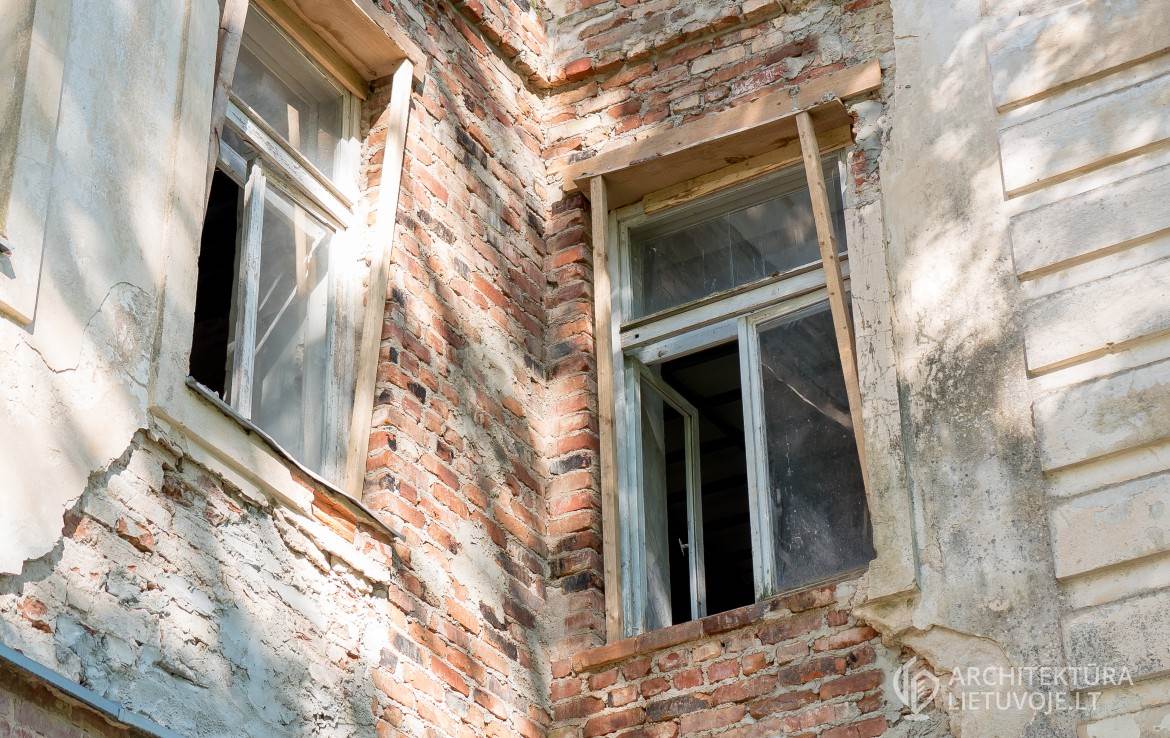 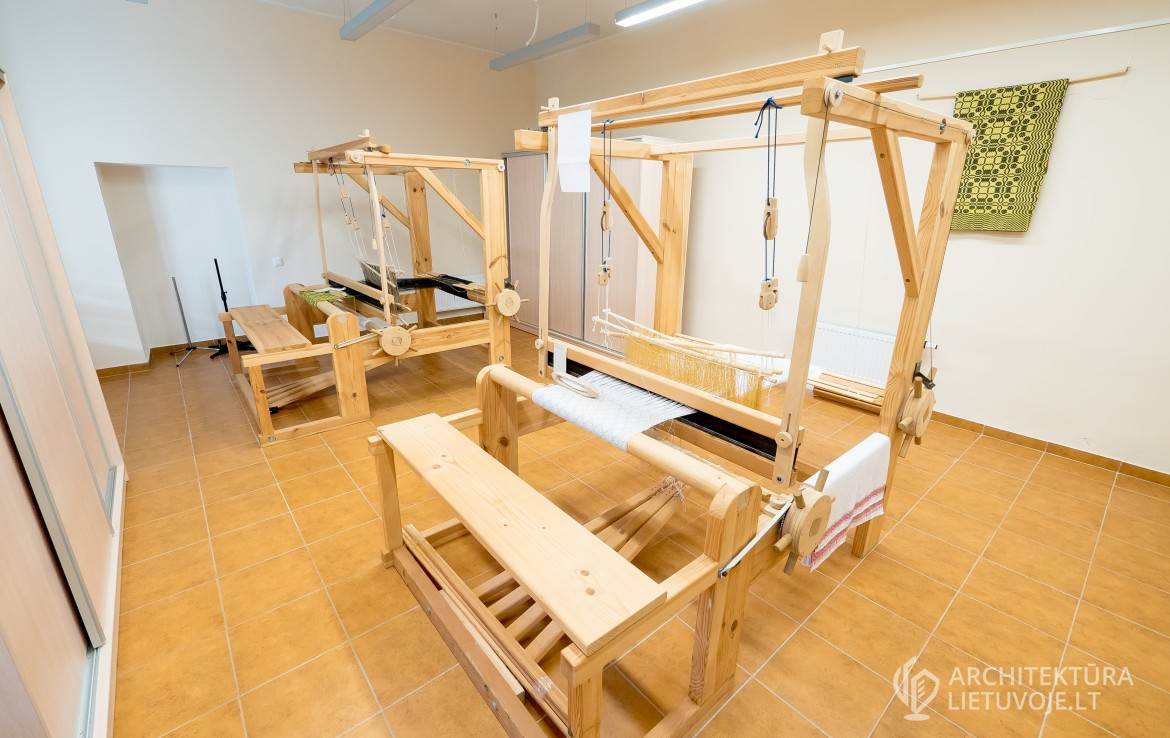 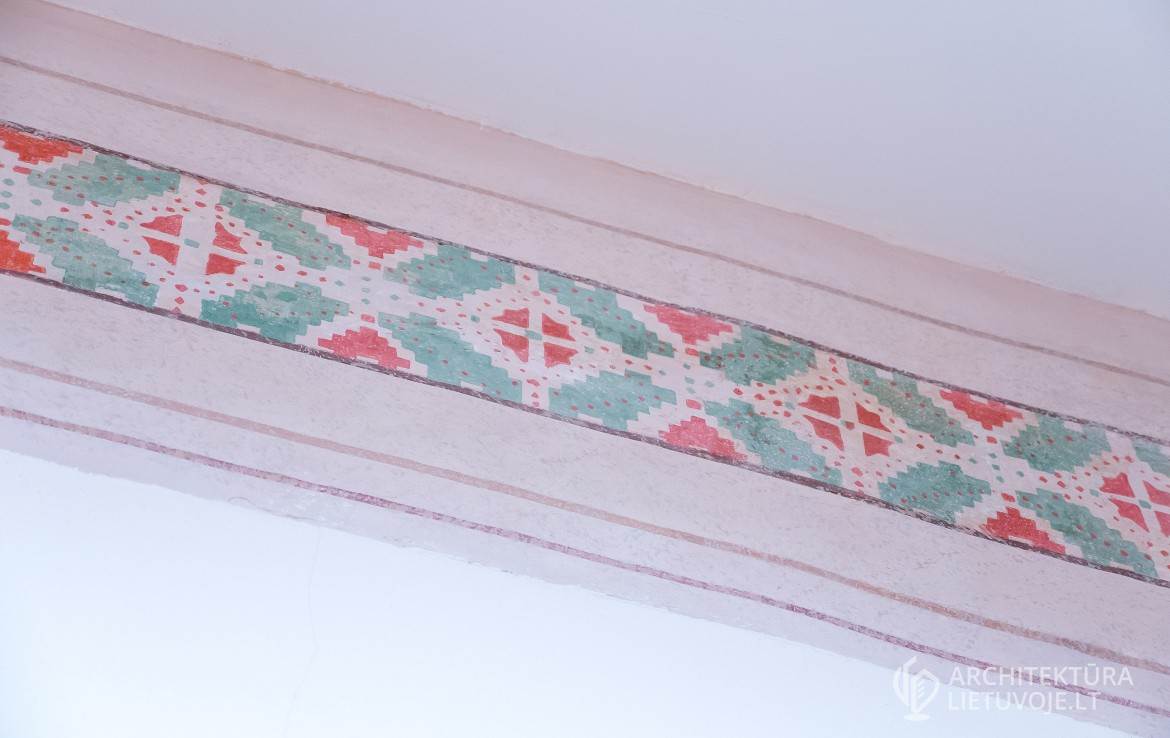 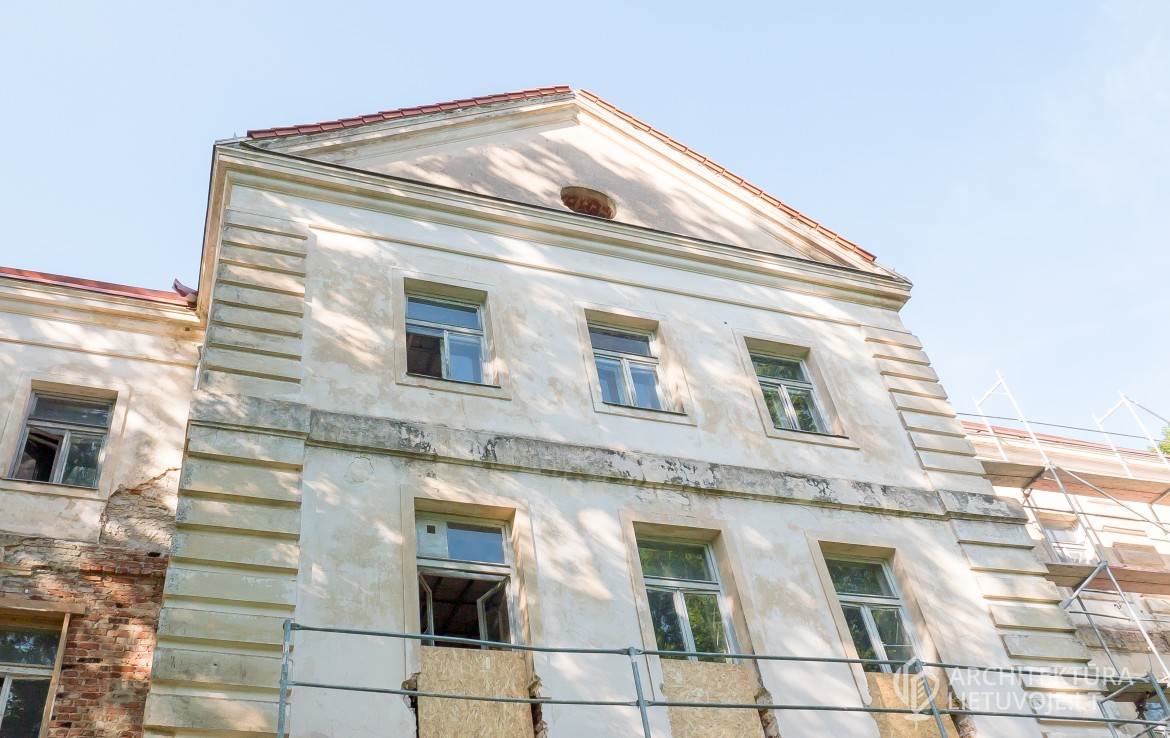 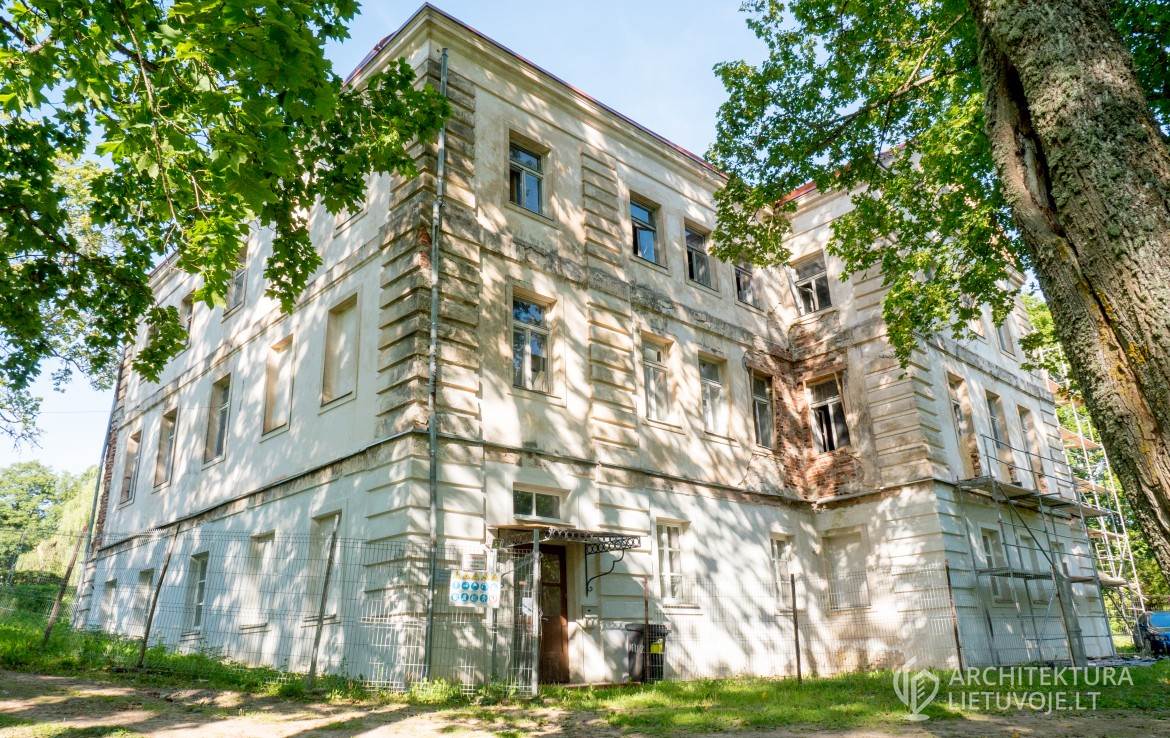 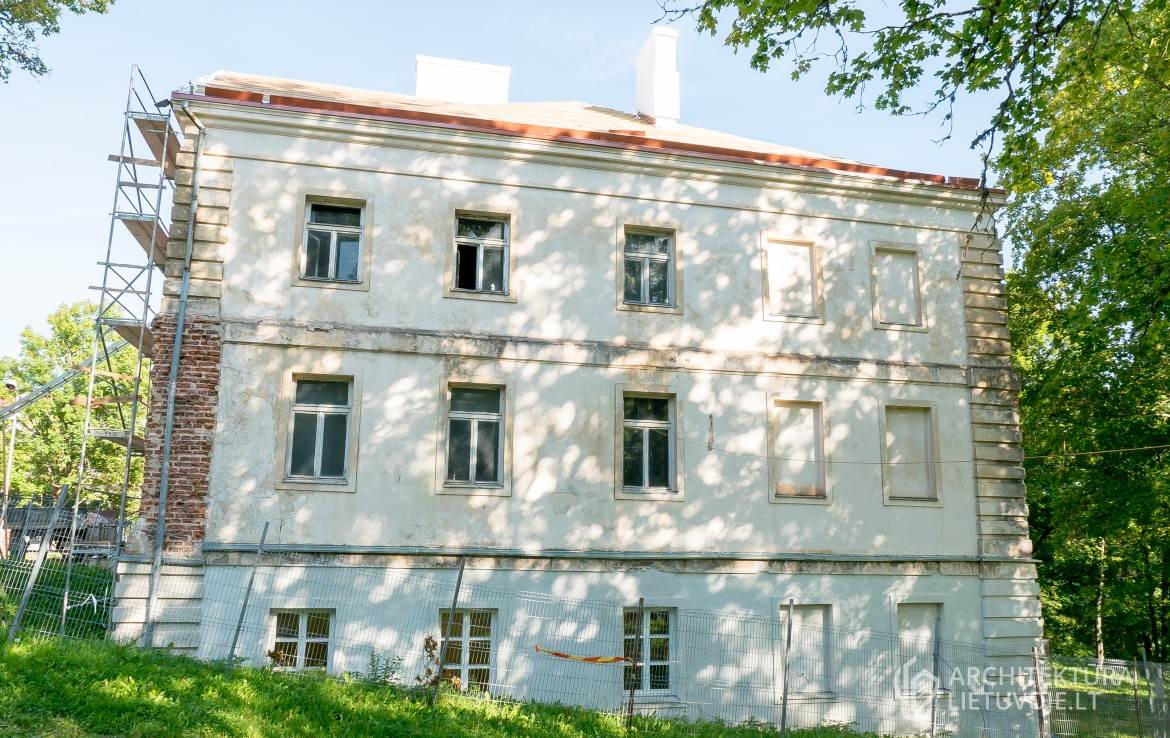 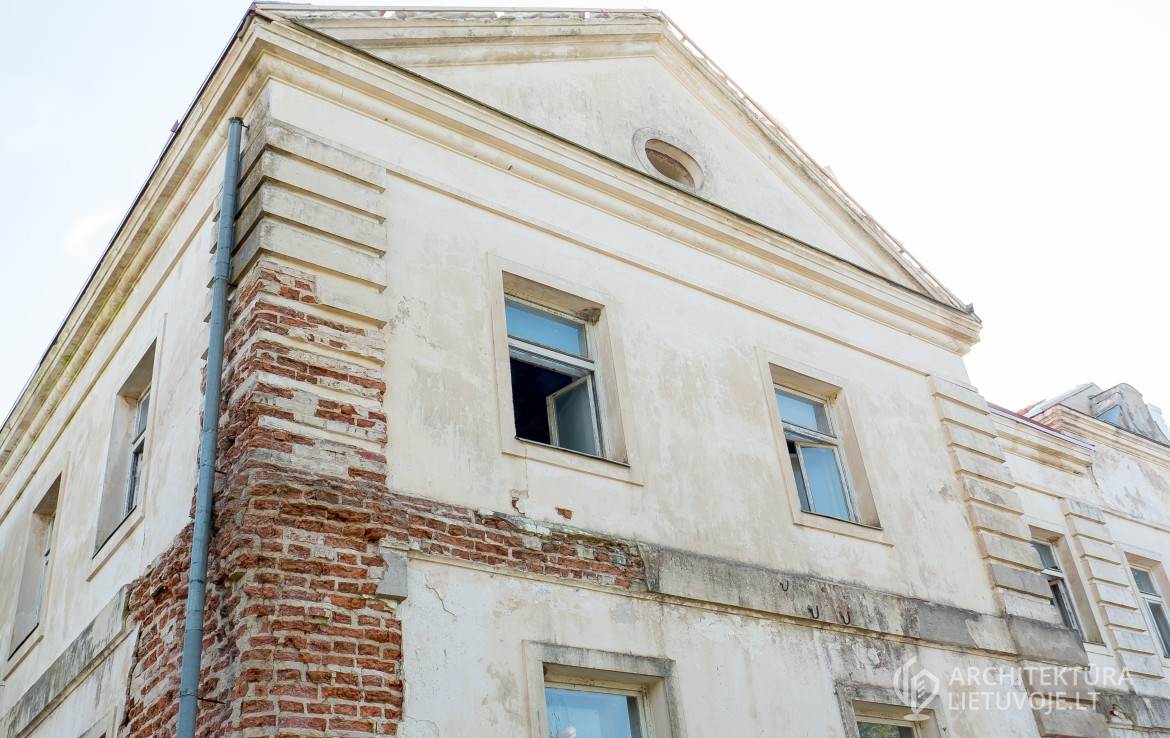 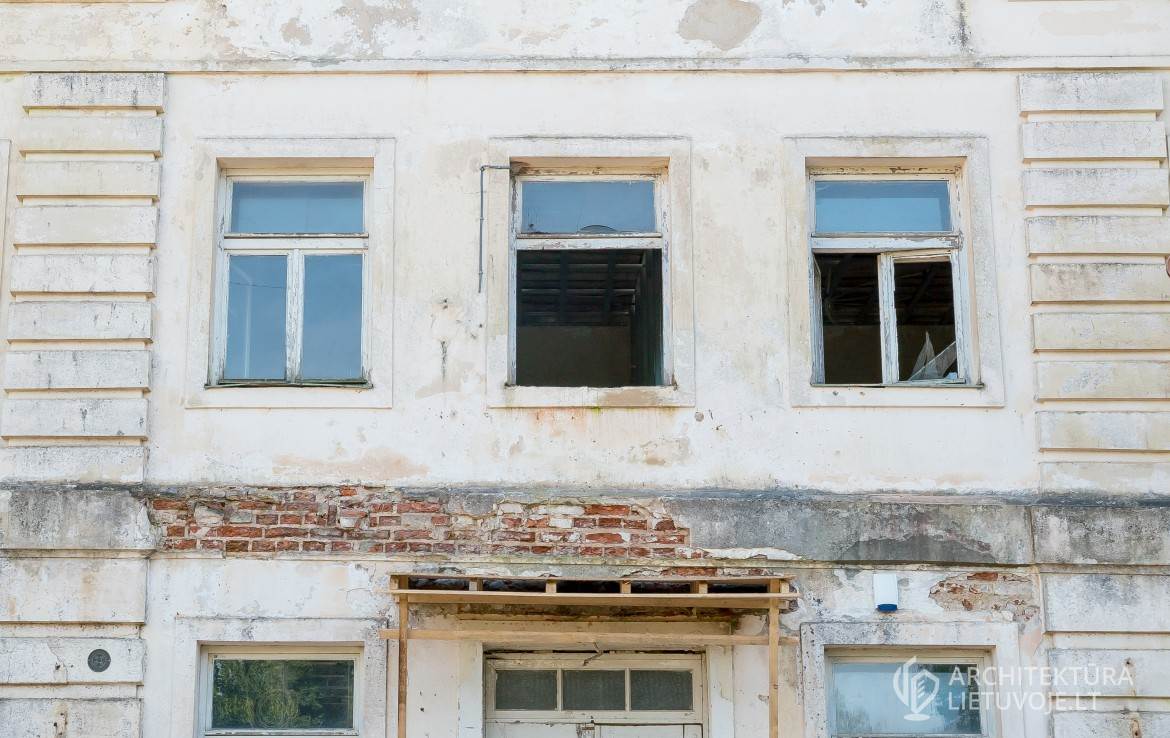 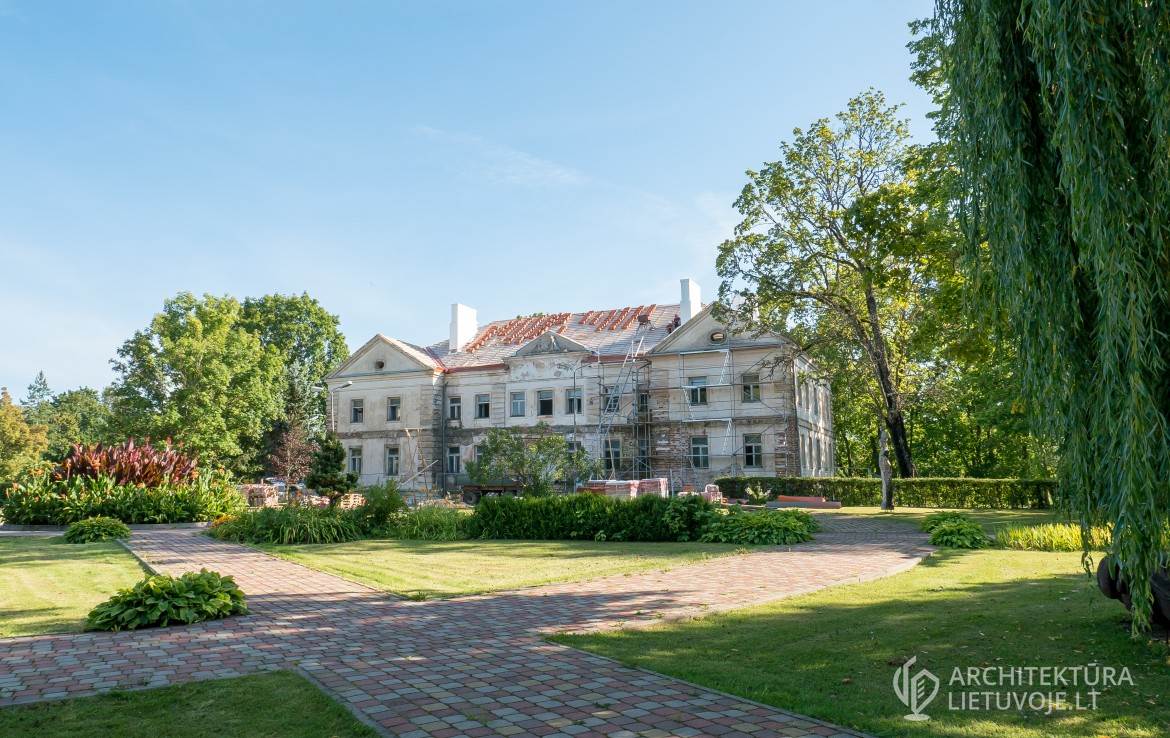 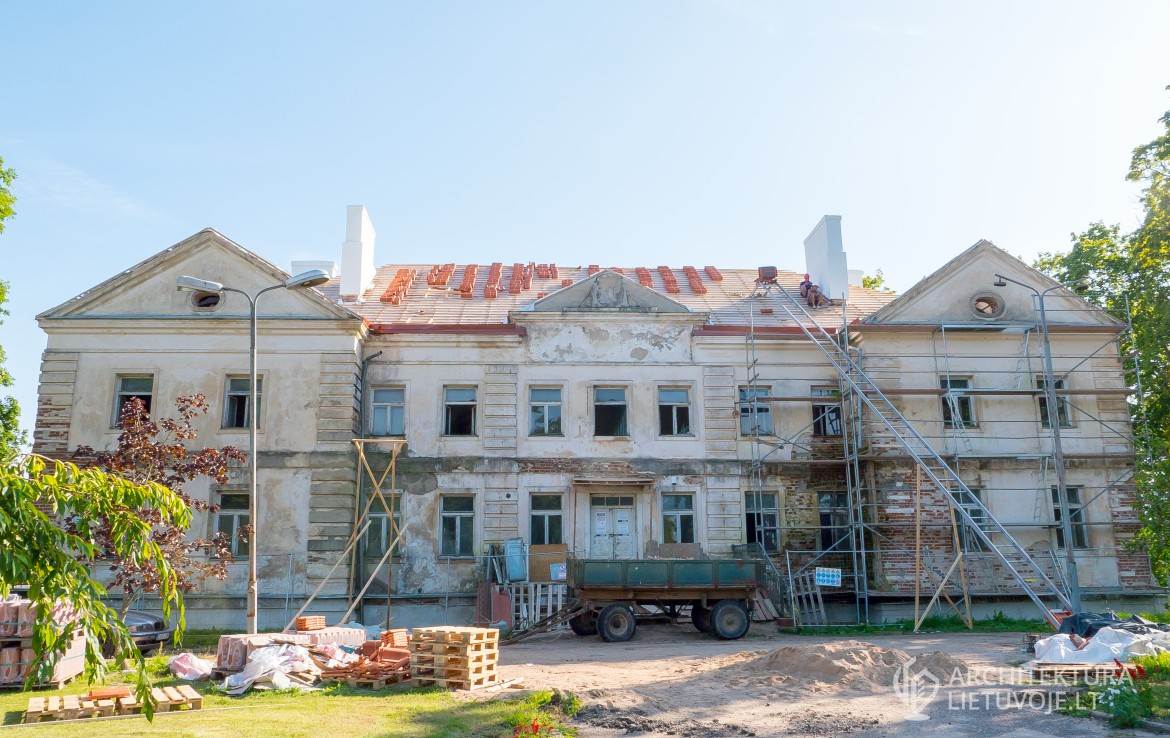 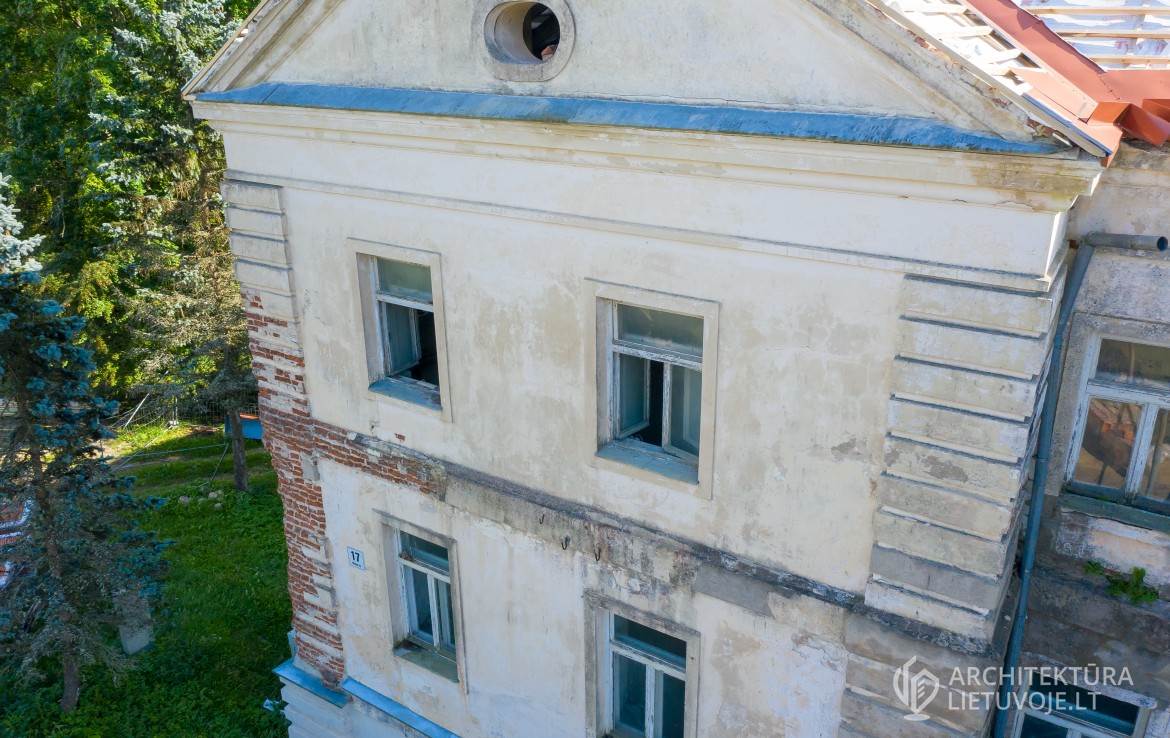 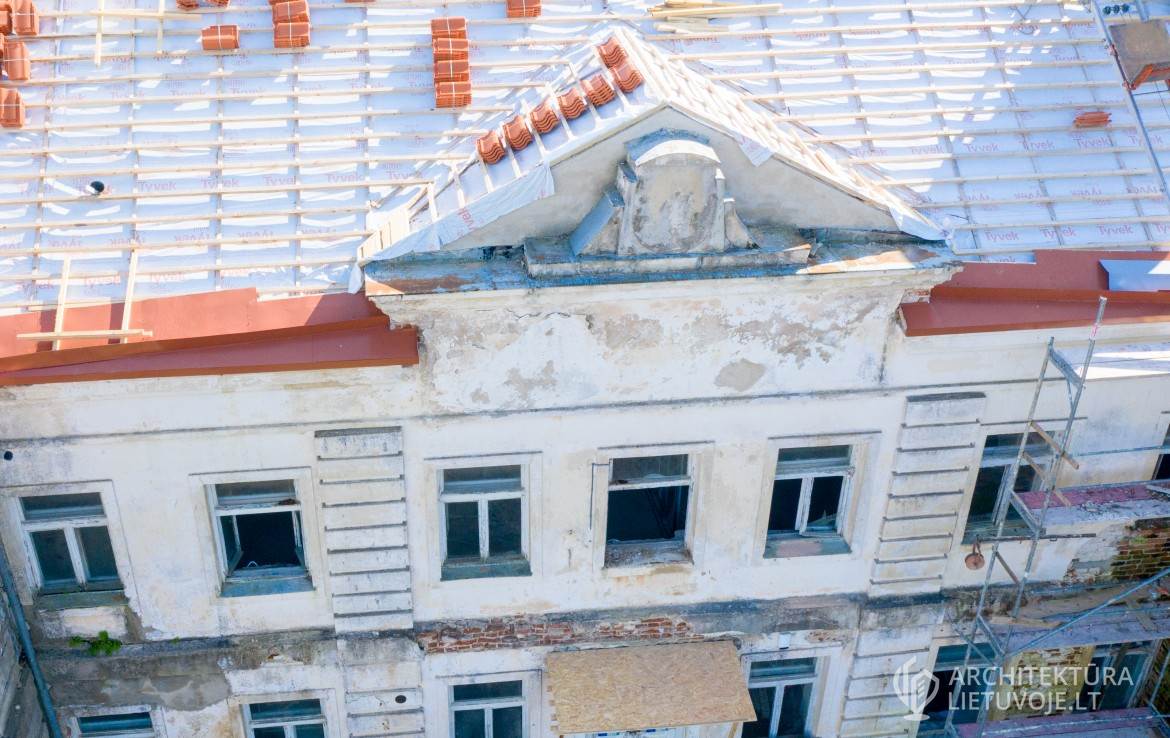 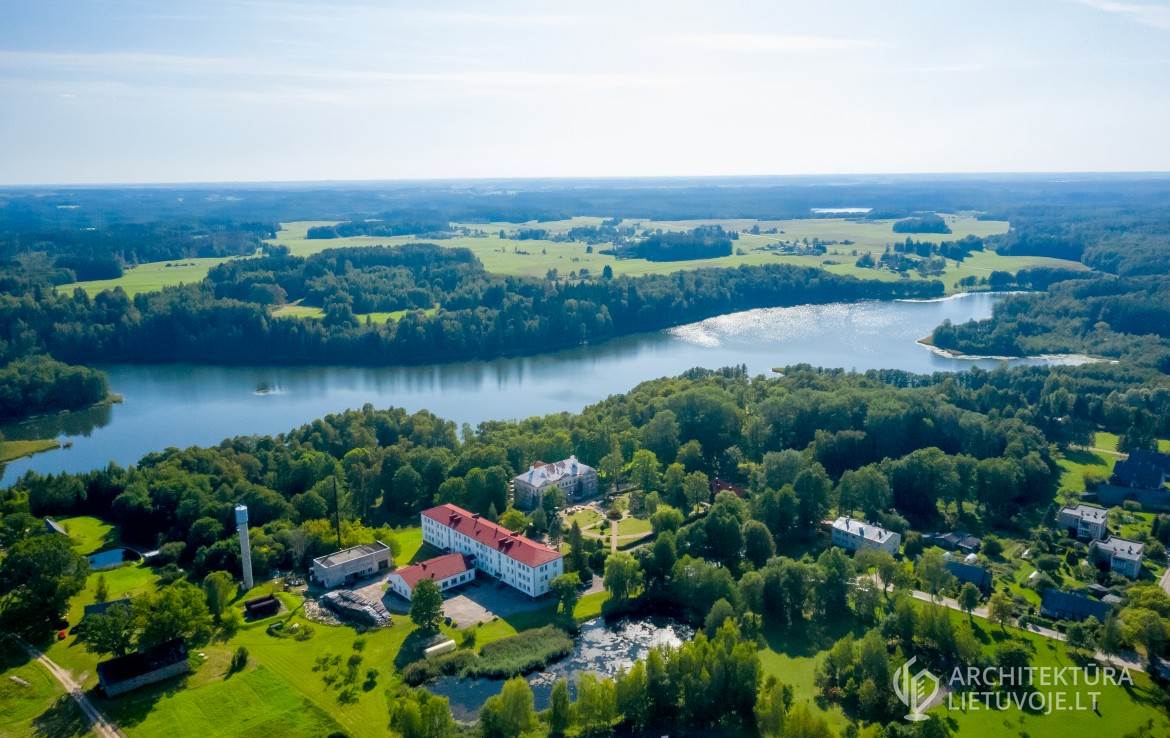 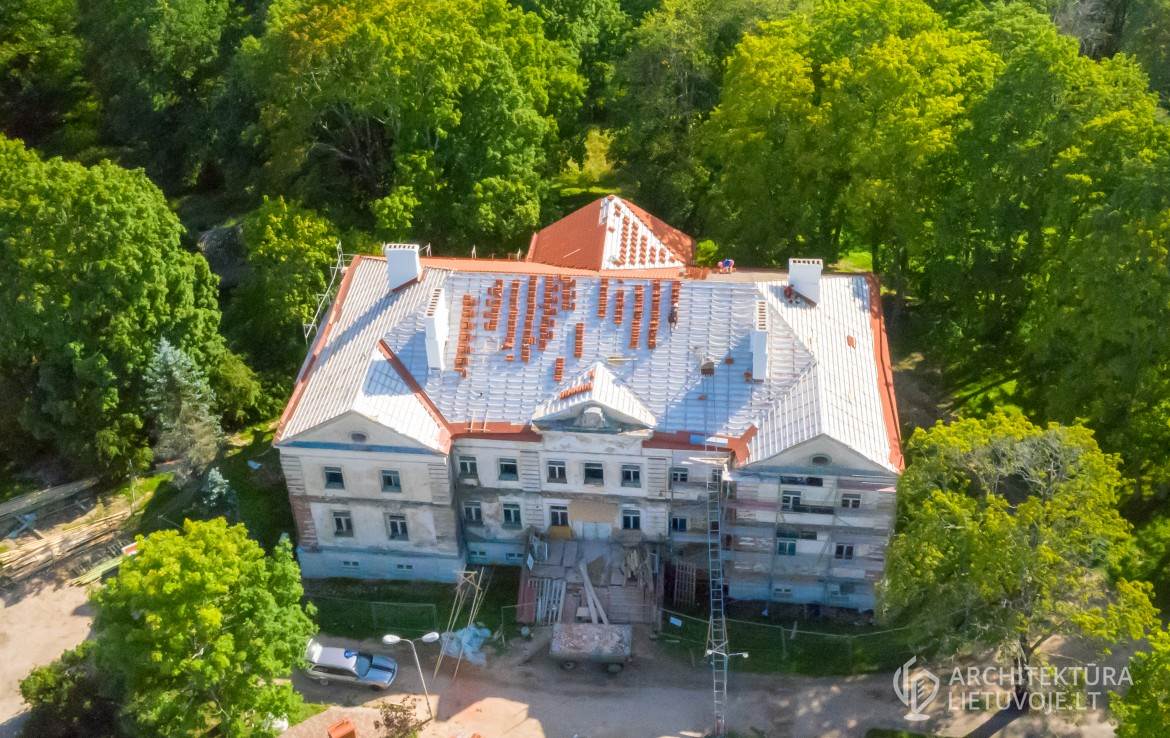 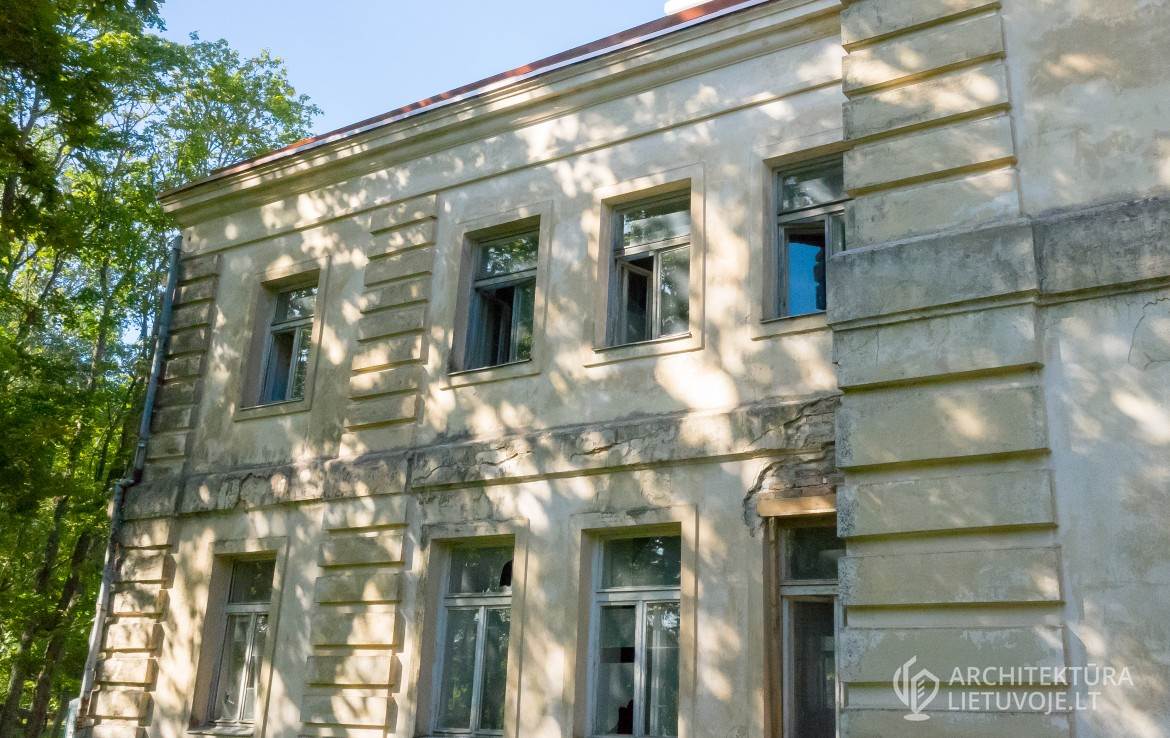