Antalieptė Monastery of the Discalced Carmelites

The Church of the Discovery of the Holy Cross in Antalieptė, in 1732 funded by Jonas Mykolas and his son Juozapas Strutinskis, was built in 1760. In the early 19th century, a Monastery was erected nearby. After the uprising of 1831, the church was closed down, while the Monastery was converted into military barracks. The church was reconstructed into Orthodox church in 1846–1850, while the Monastery handed over to the Orthodox convent of nuns of the Church of the Birth of the Blessed Mother of God. In 1895 – the early 20th century, an addition was added, later – repaired. In 1918, the house of prayer was returned to the Catholics, still it was in poor condition, therefore, in 1922–1929, the church was repaired, restored and in part recovered. The school of agriculture was established in the Monastery. Later, in the Soviet times, the church used to be repaired on a regular basis; Antalieptė Agricultural College was operating in the former Monastery, since 1990 – the building has been taken up by the deanery.

Baroque Church of Antalieptė is rectangular in plan, single-nave, with a lower and narrower presbytery than the two-storey chapel behind it. Cellars are installed under the entire church. The roofs of the main volume and additions, tin-plated are gable type. Above the chapel, a two-tier, small rectangular tower with arched niches, side pilasters and a flat hip roof with a spire and a cross rises. The main facade of Baroque silhouette with two three-tier square towers is exclusively expressive. The recessed central facade, two-edge pilasters dividing the tiers vertically, the tall, wavy entablatures and the pediment of broken contour create the impression of relief unevenness and waviness, characteristic of Baroque. The wall of the south-eastern facade holds a fresco “Jesus is Knocking on the Door”.

In the interior space of the church, the presbytery made of plastered brick masonry is separated from the nave space by the arch of triumph. The High Altar was dismantled in 1877, the present altar was re-painted. The walls of the presbytery and the nave are painted with ornamentation decor. The narthex is separated by three semi-round arches, above which – the balcony of the organ chorus. Appearance of the organ made at the beginning of the 19th century contains three towers in Classical style.

The main volume of the Classical style Monastery has the irregular letter “U” plan, while the plan of the addition is rectangle-shaped. The building is two-storeyed one, with cellars. The form of the main volume roof is gable roof, while the roof of the addition is single-pitched. The chimneys with profiled cornices, made of brick masonry, have survived. The facade of the Monastery is adorned with tall triangular pediments, characteristic of Classicism, with profiled cornices, the ribbons of rectangular windows, separated by the midline cornice, corners are decorated with bossages. Doors with fanlights, decorated abundantly with carvings, have survived from the late 19th century-the early 20th century. 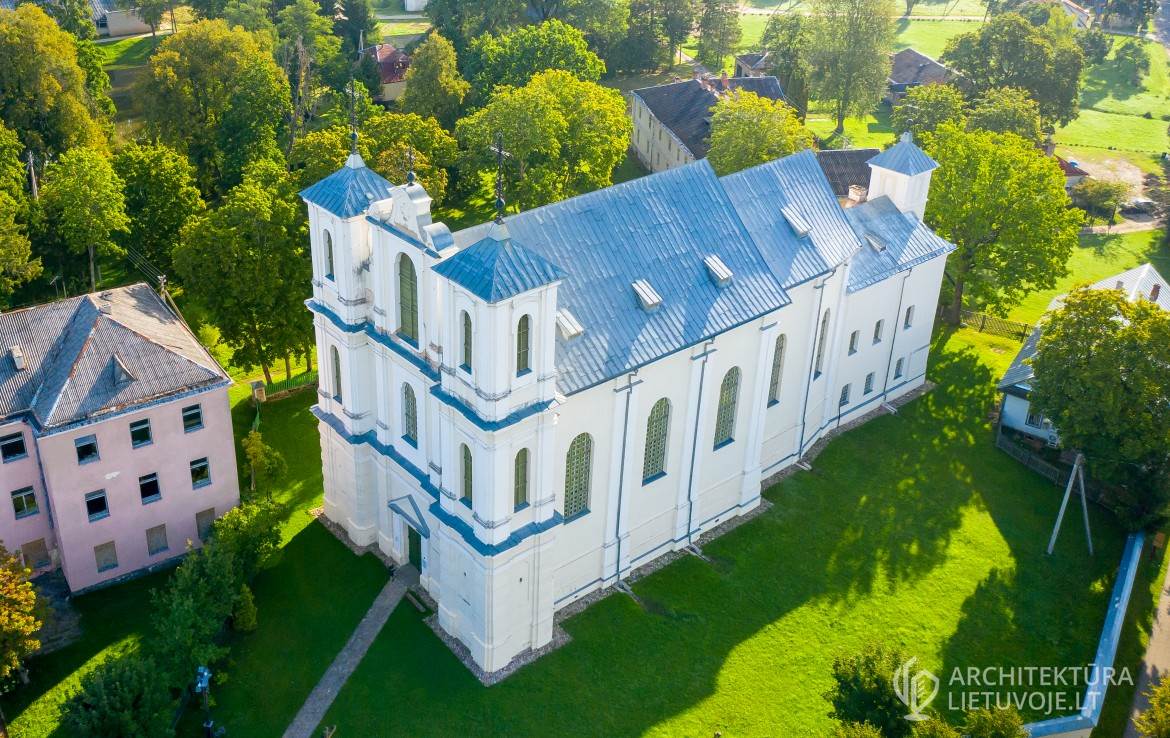 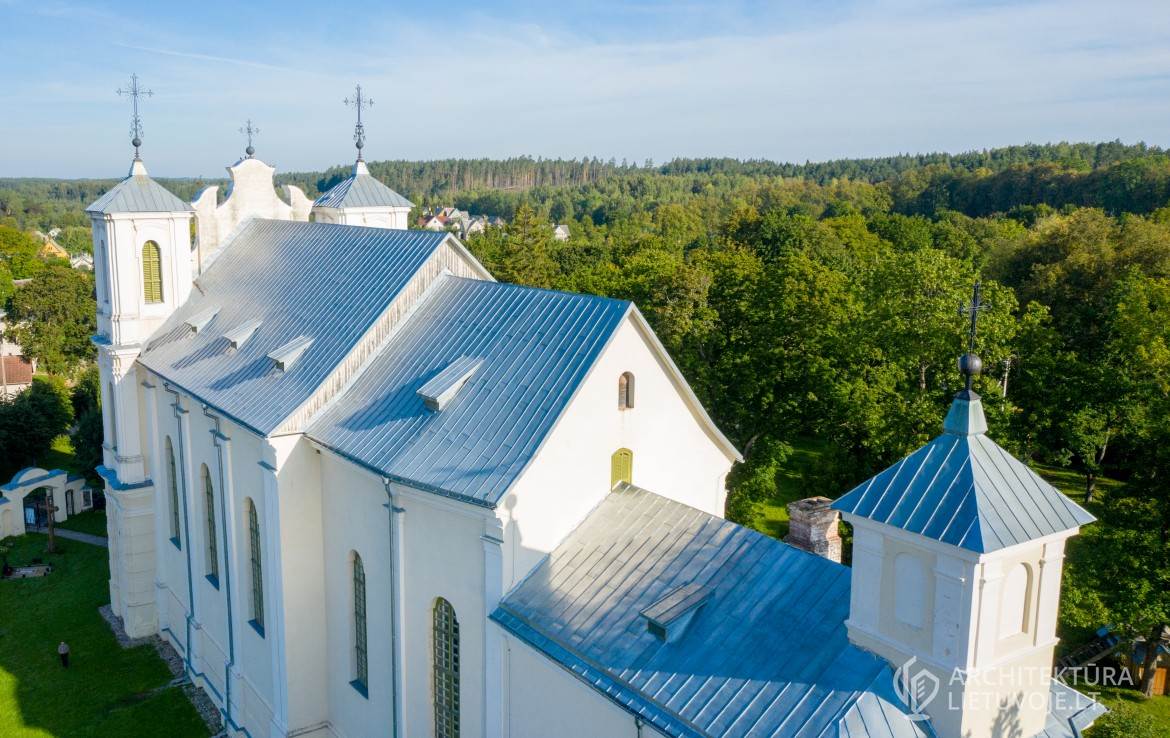 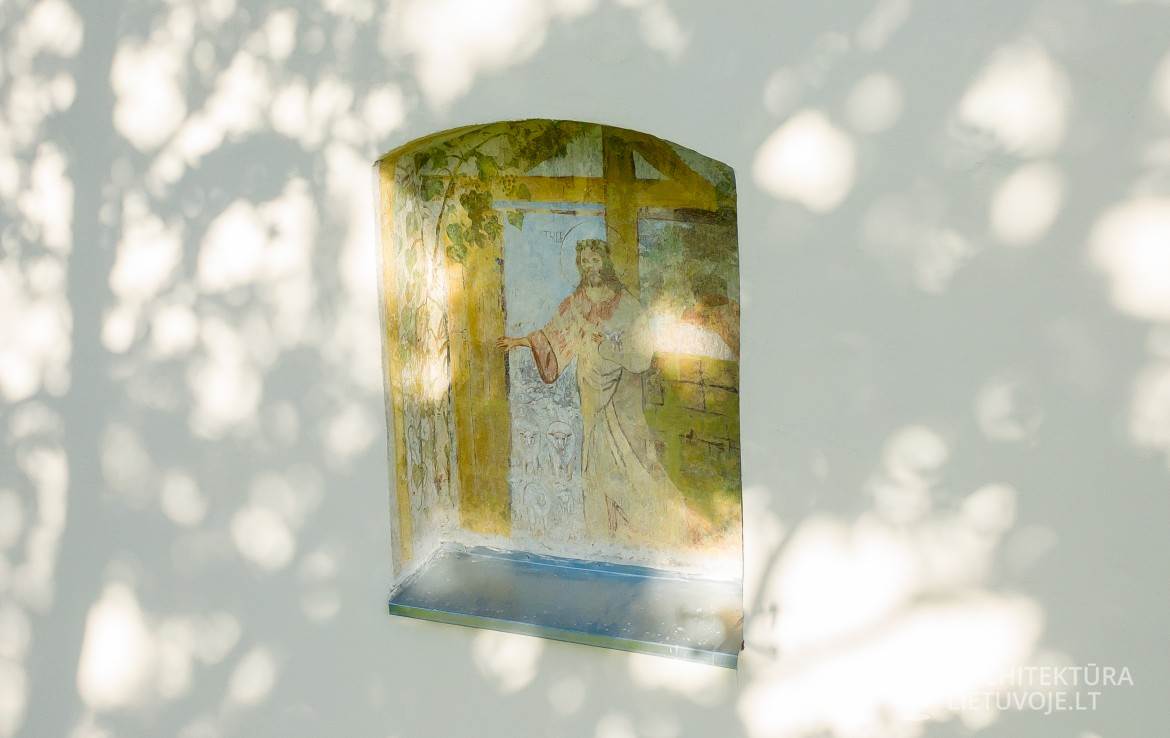 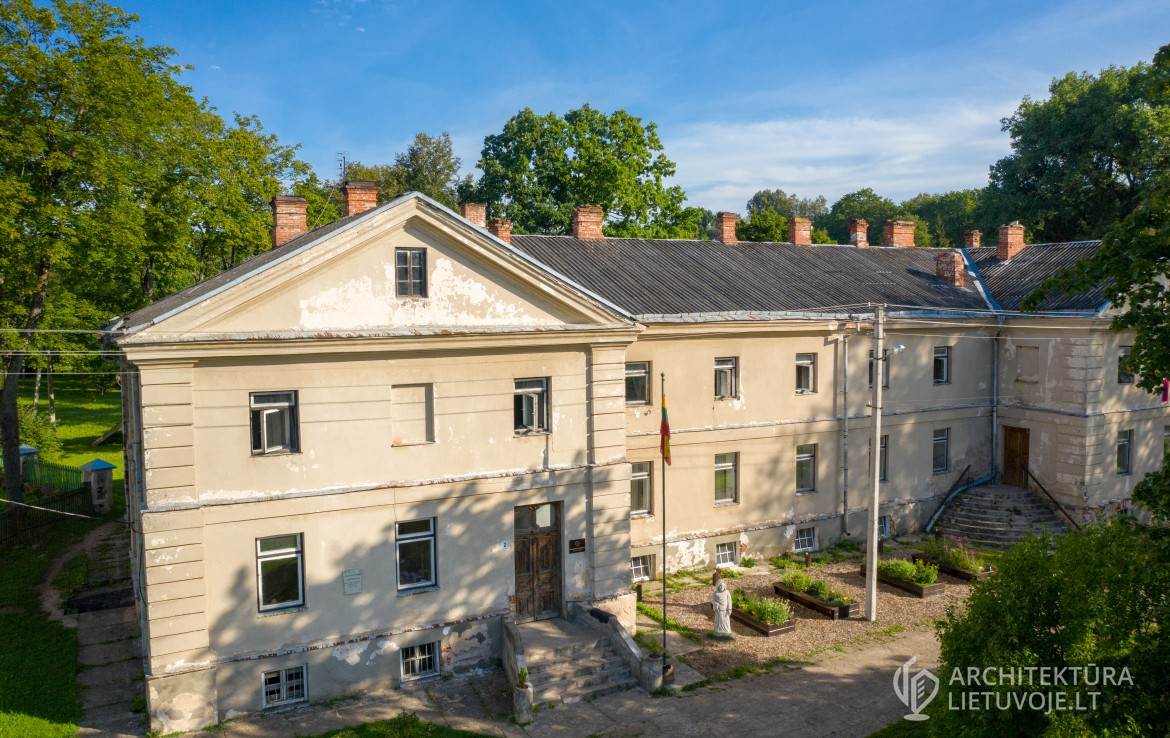 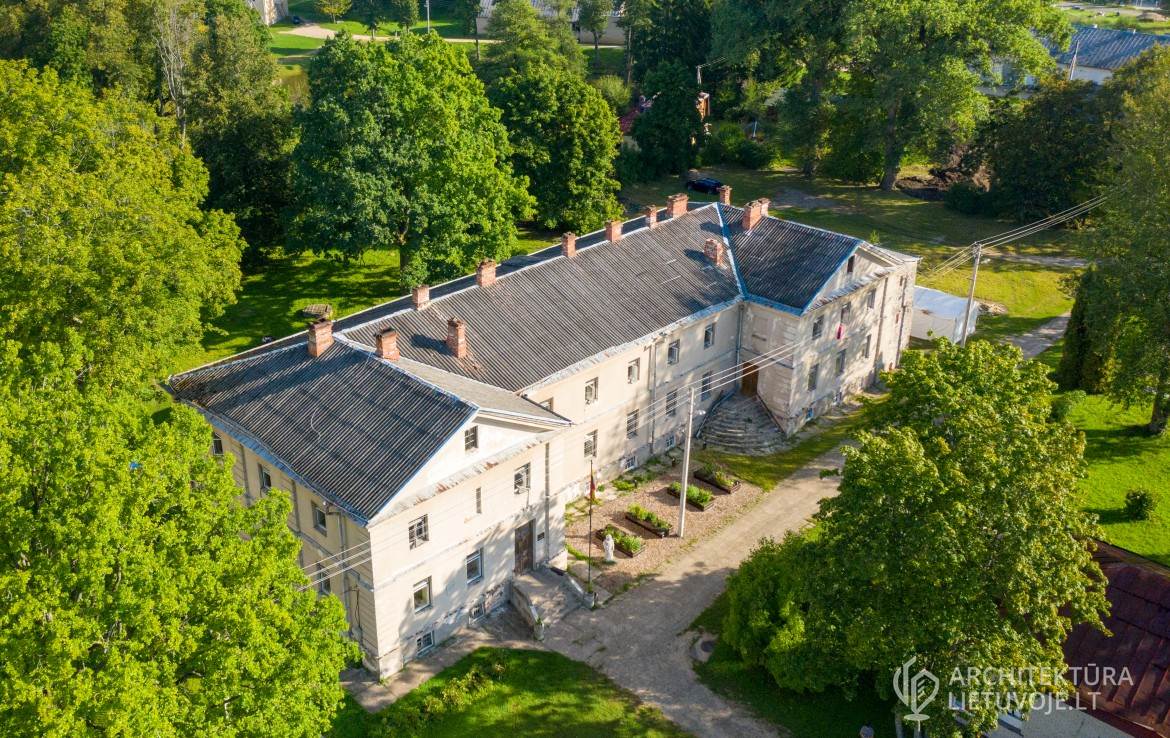 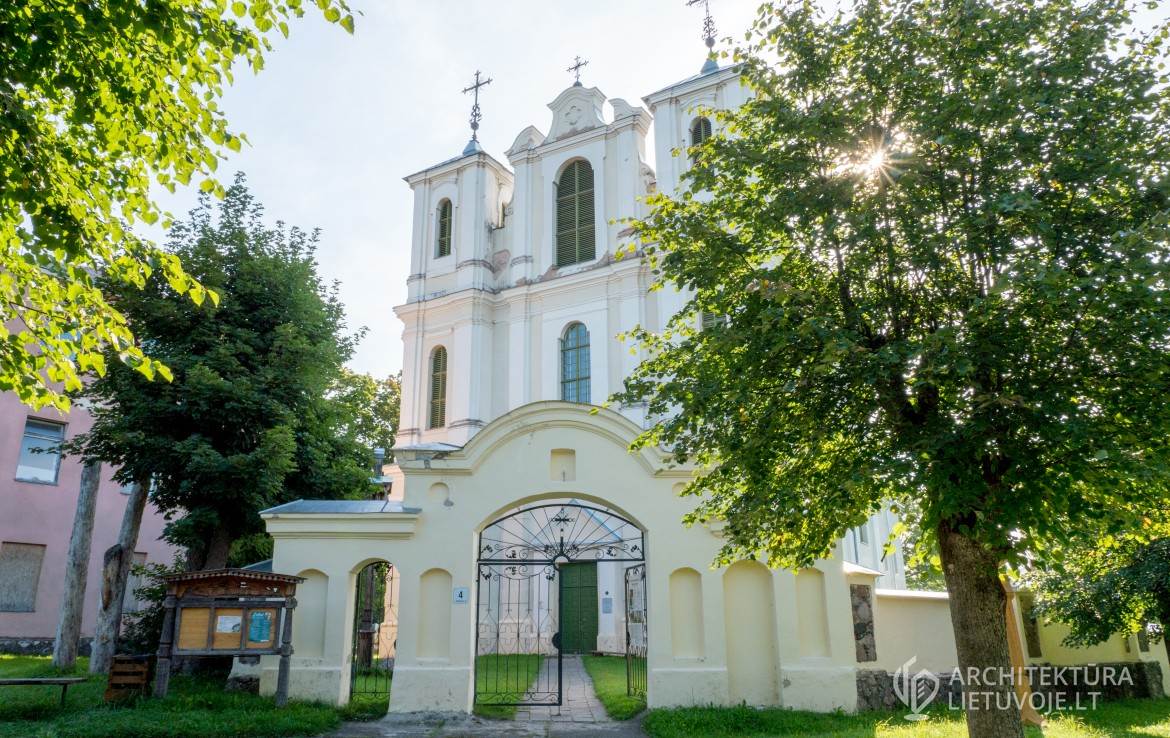 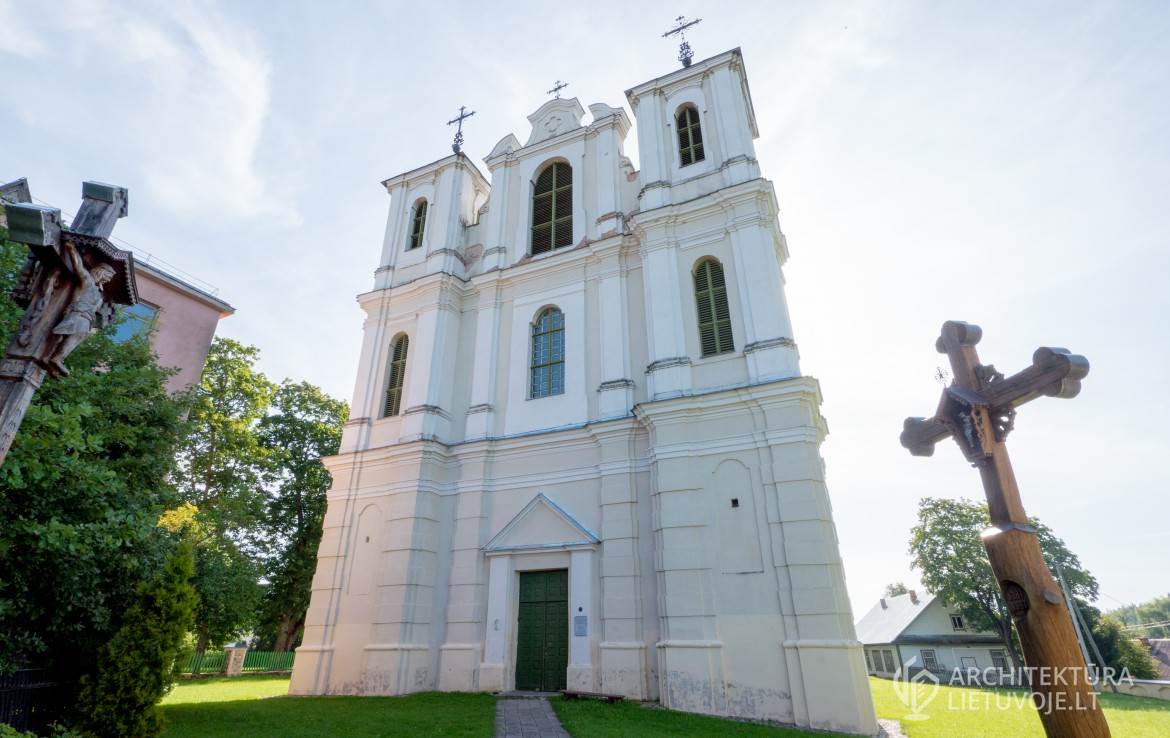 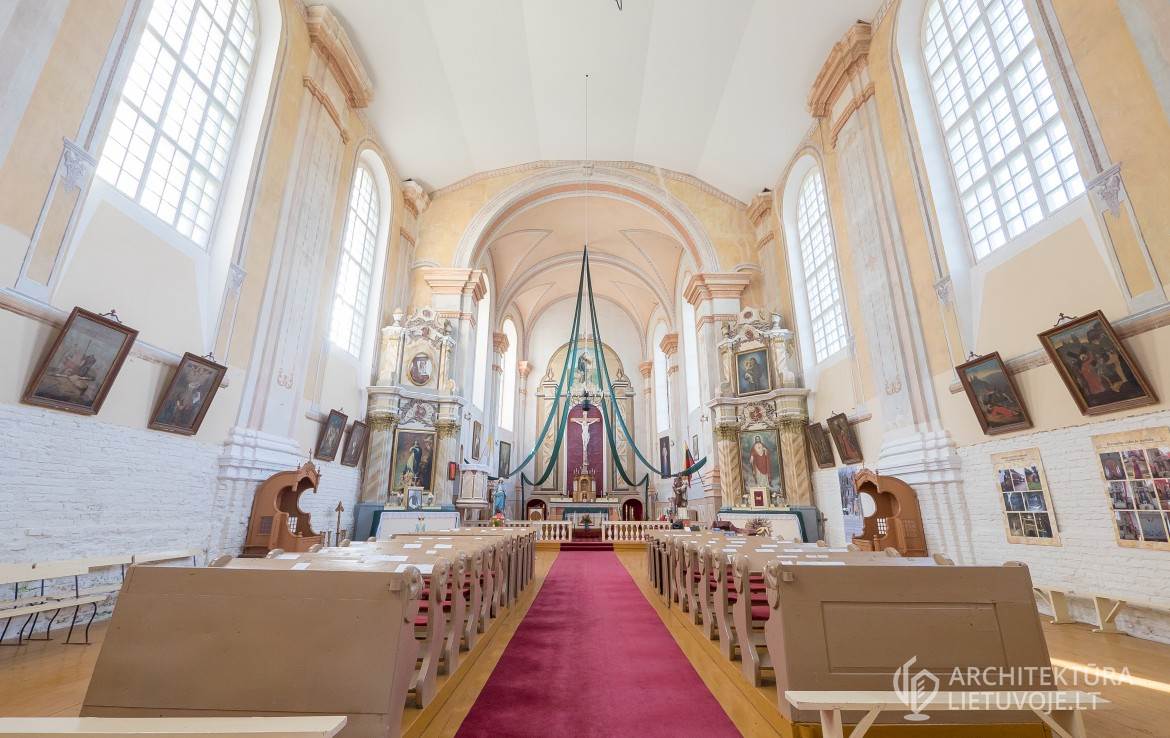 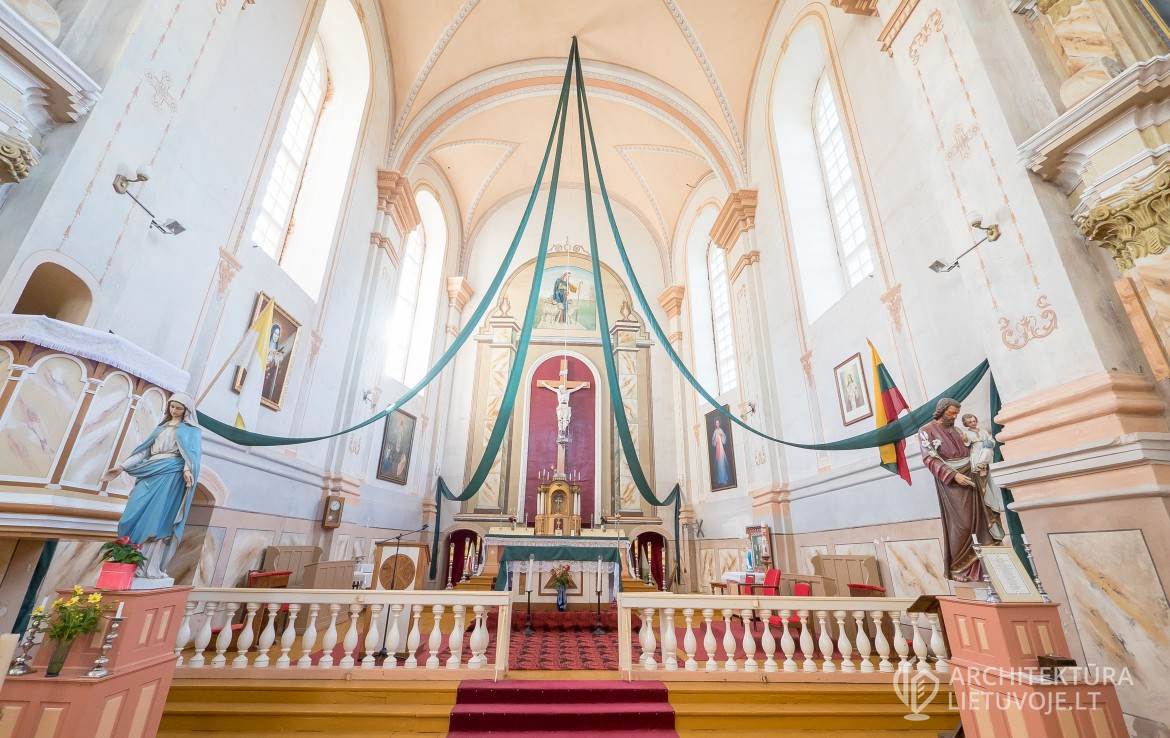 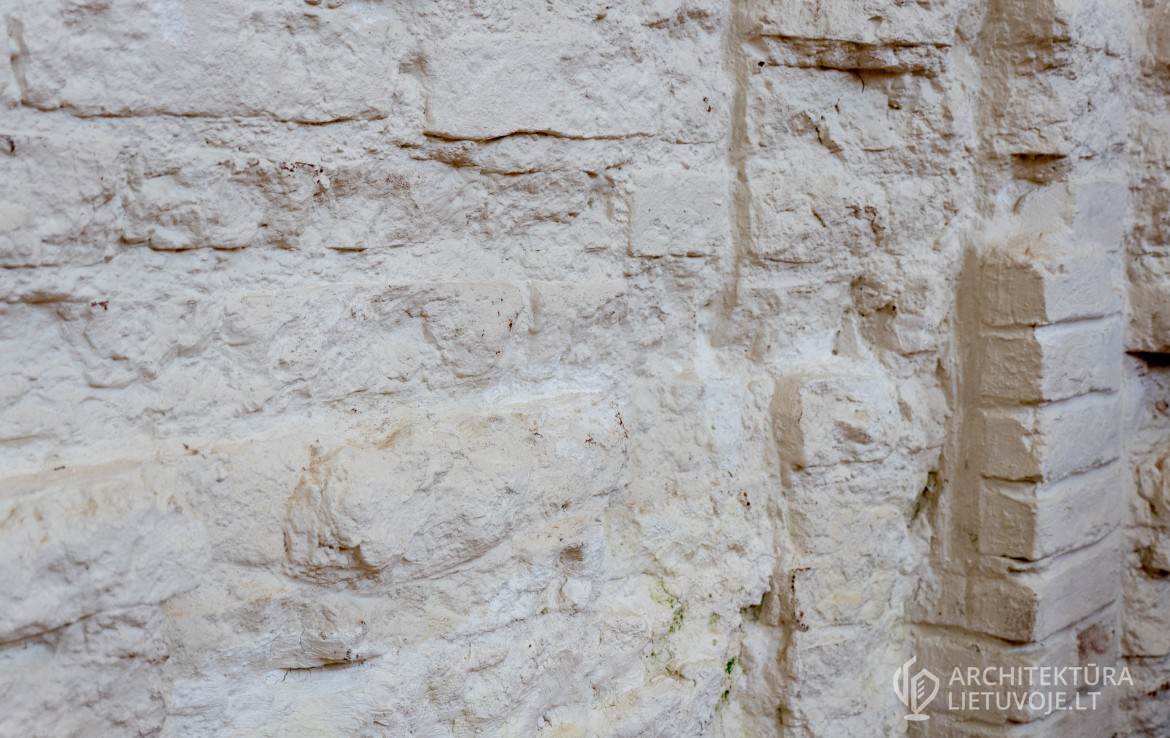 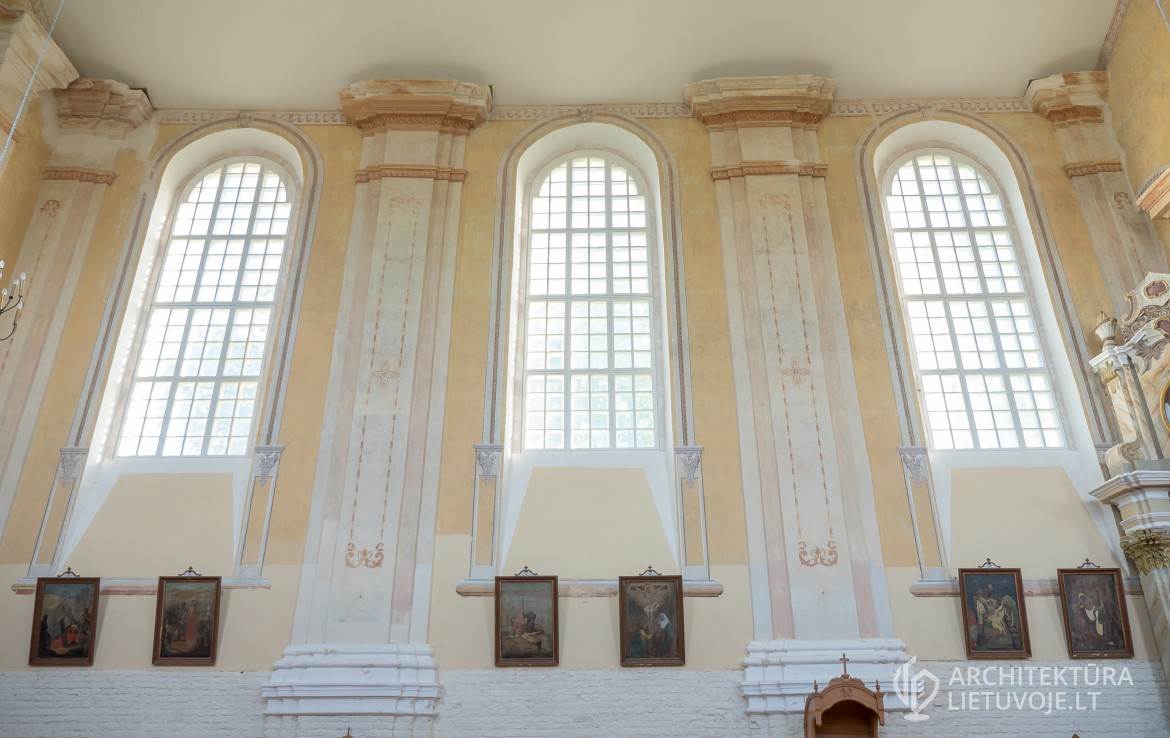