At the initiative of the dean Dominykas Vainauskis, in 1903, a project of the new Alanta Church had been drawn up – this building was completed in 1912, still, the equipping was slow and construction was finished after the First World War already. The architect Karlas Eduardas Strandamnnas, who had decorated Lithuania with many Neo-Gothic churches, this time choose the study of the Romanesque forms. The result was similar to twin-tower Neo-Romanesque churches, common in Germany of that time, in which the forms typical of north western Europe‘s Romanesque used to be interpreted.

In the composition of the main facade, we can see chrestomathic elements linked to Romanesque stylistics, based on the form of a rounded arch – in the tiers of the towers small arcades are used, niches are grouped in twos and threes, and a usual composition consisting of the  doubled arched windows and a circular small window above them in a large niche. The motif of circular niches and rounded small arcades can be seen in the tall pediments of the towers as well. If you take a look at the central part, you can see the elements liked by the architect – the protruding portal ends with doubled pitch roof, having the recessing trimmings, a rose-window placed in the large niche and the pediment divided by fine niches. Still, everything here is interpreted in Neo-Romanesque forms, therefore, it is interesting to compare with the other project of the architect, approved one year before – Salantai Church.

In terms of composition, the side facades are much more similar to the architecture of Strandmann’s churches – just one can see here division by slightly protruding, more decorative rudiments of the buttresses (it would be more exact to call them ledges) that divide compositions of windows already Neo-Romanesque style with highly expressive, large circular windows; in the facades of the transept, again we can see the architect‘s “visiting card“ – large niches with a rose-window and rows of small niches. The church ends with the apse of flat roof; stylistically matching, divided horizontally into three horizontal tiers. On both sides of the apse, there is a very rare element in this country’s temples’ plans – smaller apses, which are called apsidoles.

Although this is rare in the churches of this style in our region, the interior stylistically is adapted mostly to the exterior of the church, although Romanesque forms are interpreted here quite freely. Still, they dominate even in the pieces of interior equipment – although the altars are eclectic, still the most expressive is here the latter style; and this is not the case frequently encountered. The tribute to this Middle Ages period churches in northern France or Germany is given here by grouped pilasters, dividing the space – such a solution at that time used to divide structurally the necessary, massive, heavy forms of structures and obtain much more slender ones. 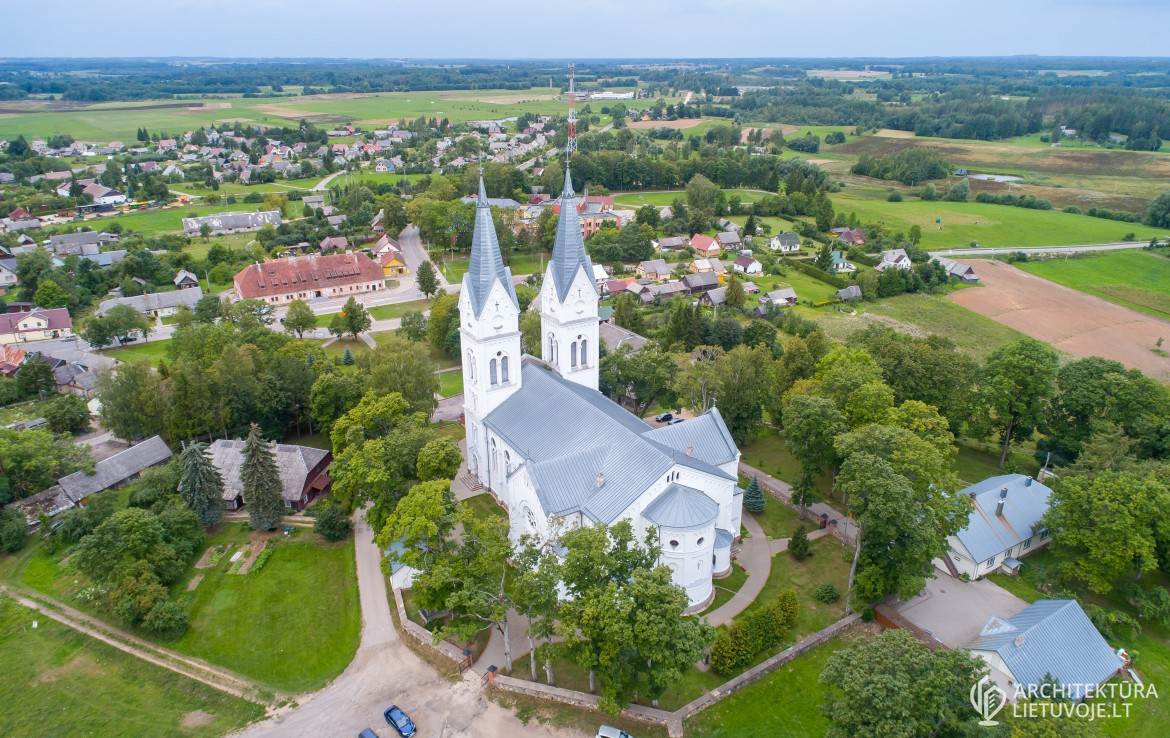 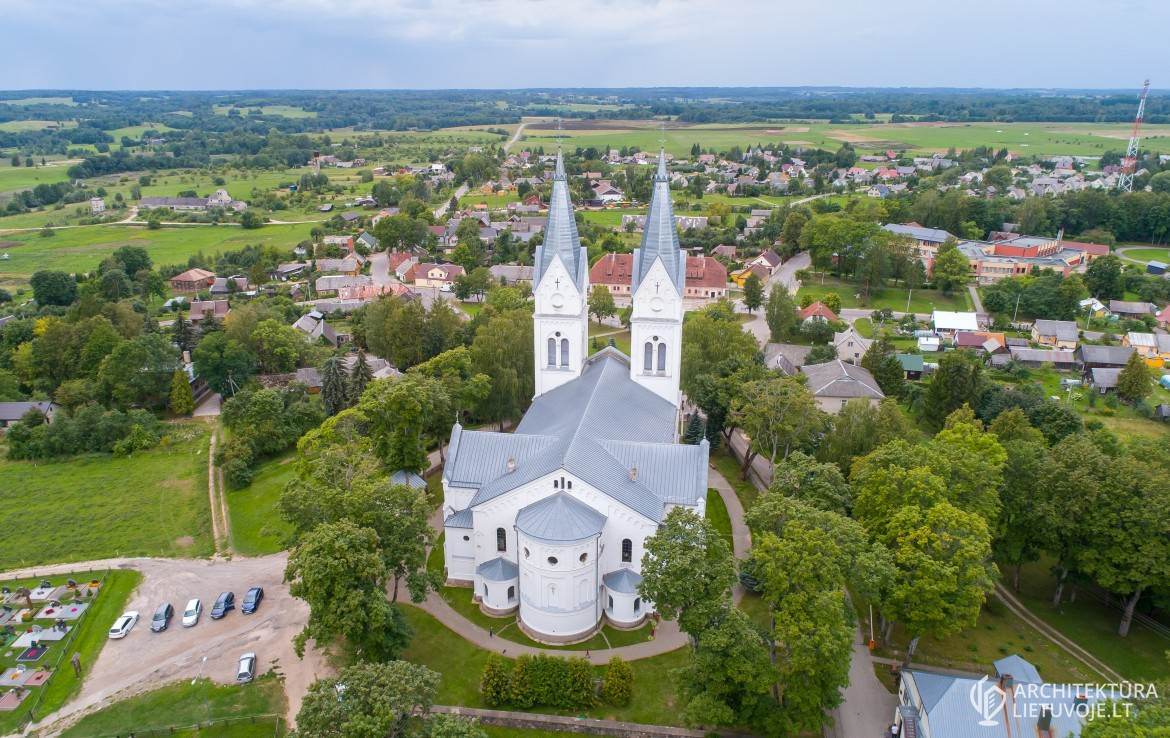 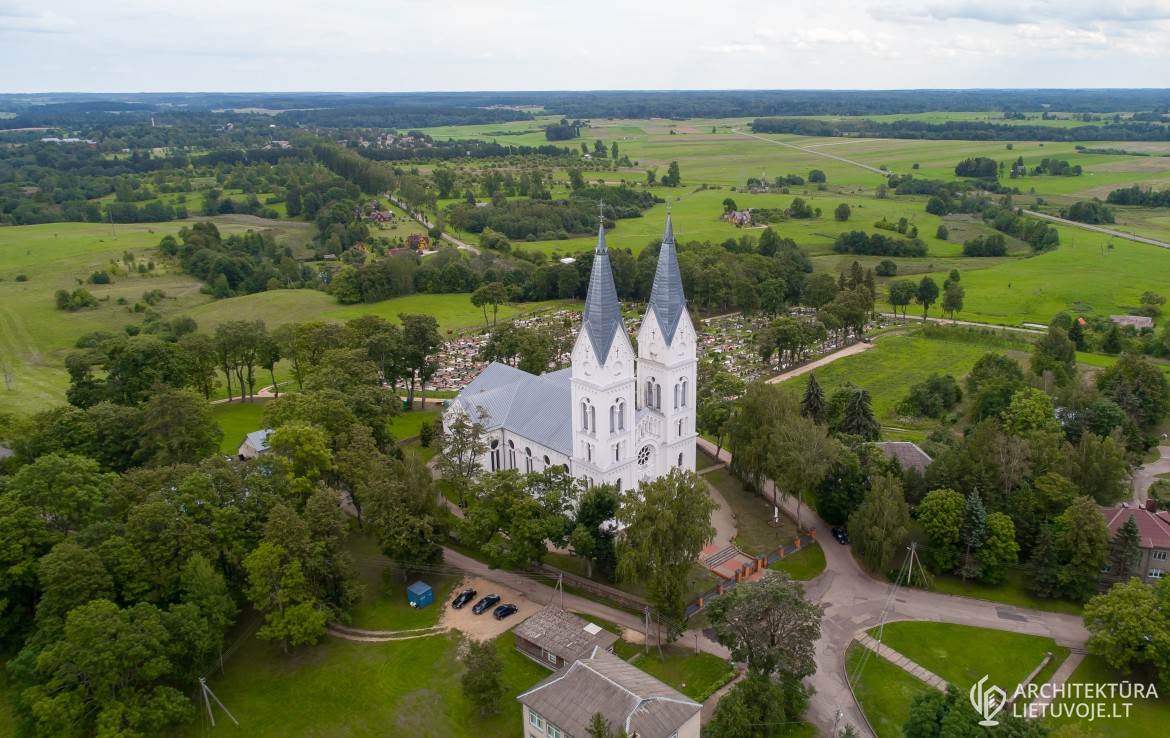 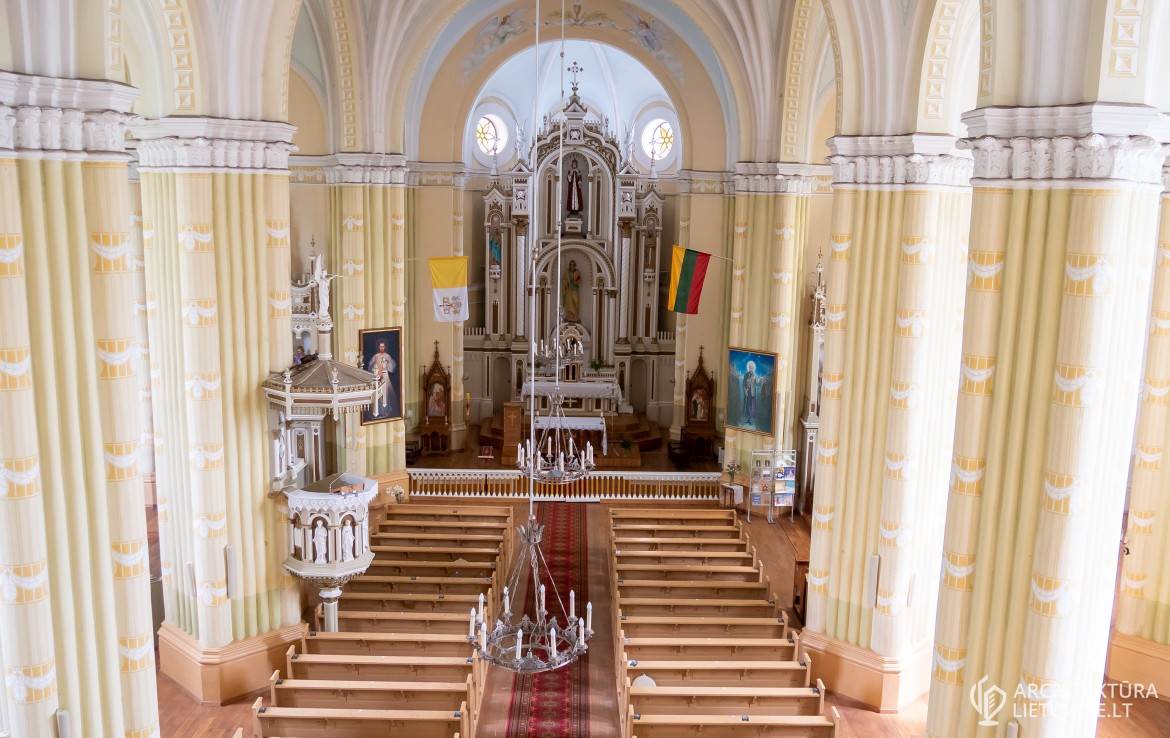 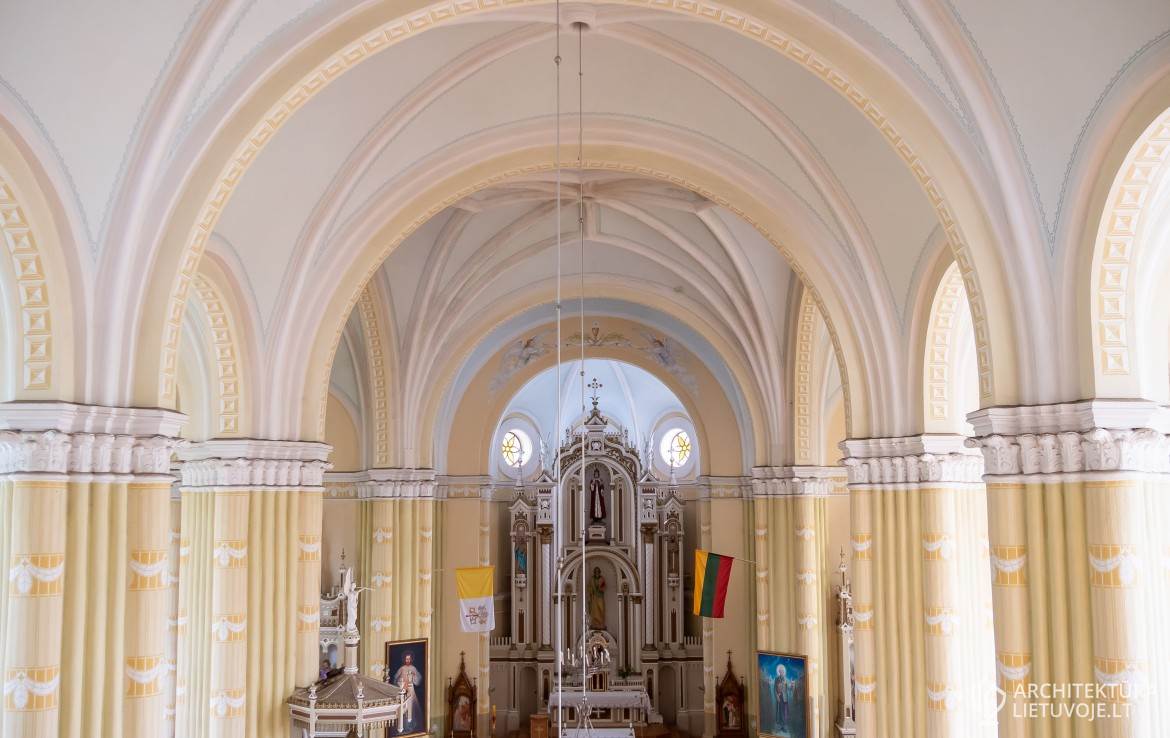 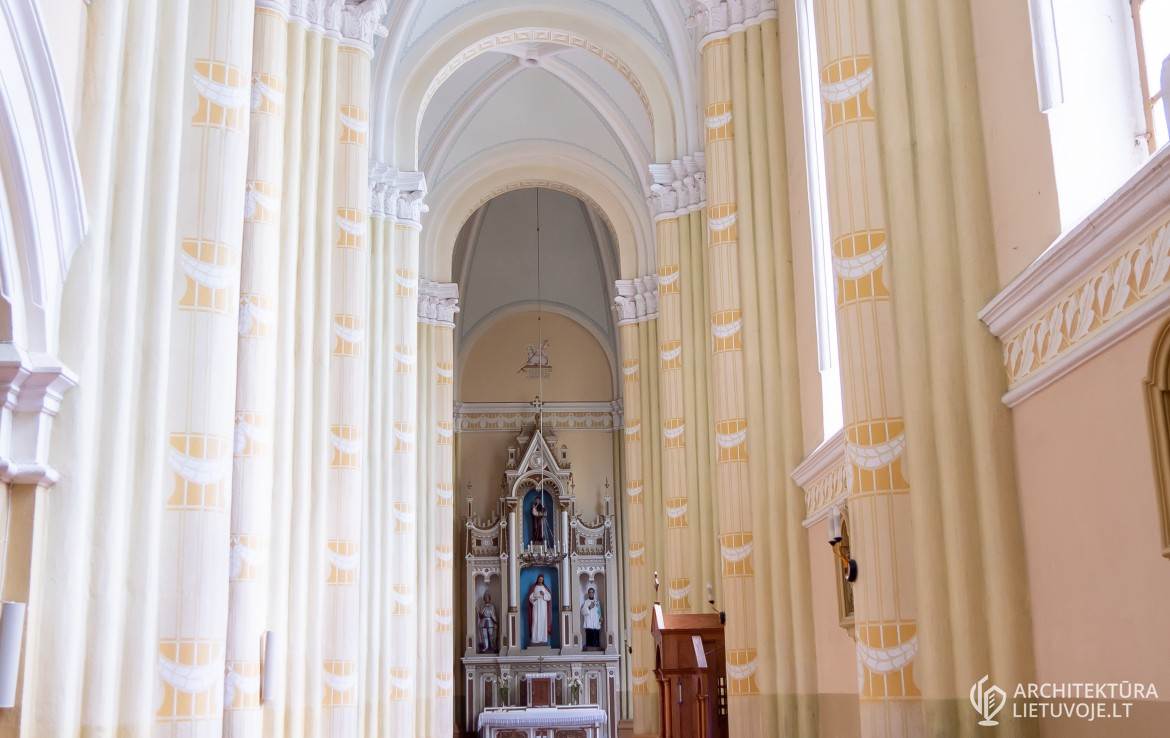 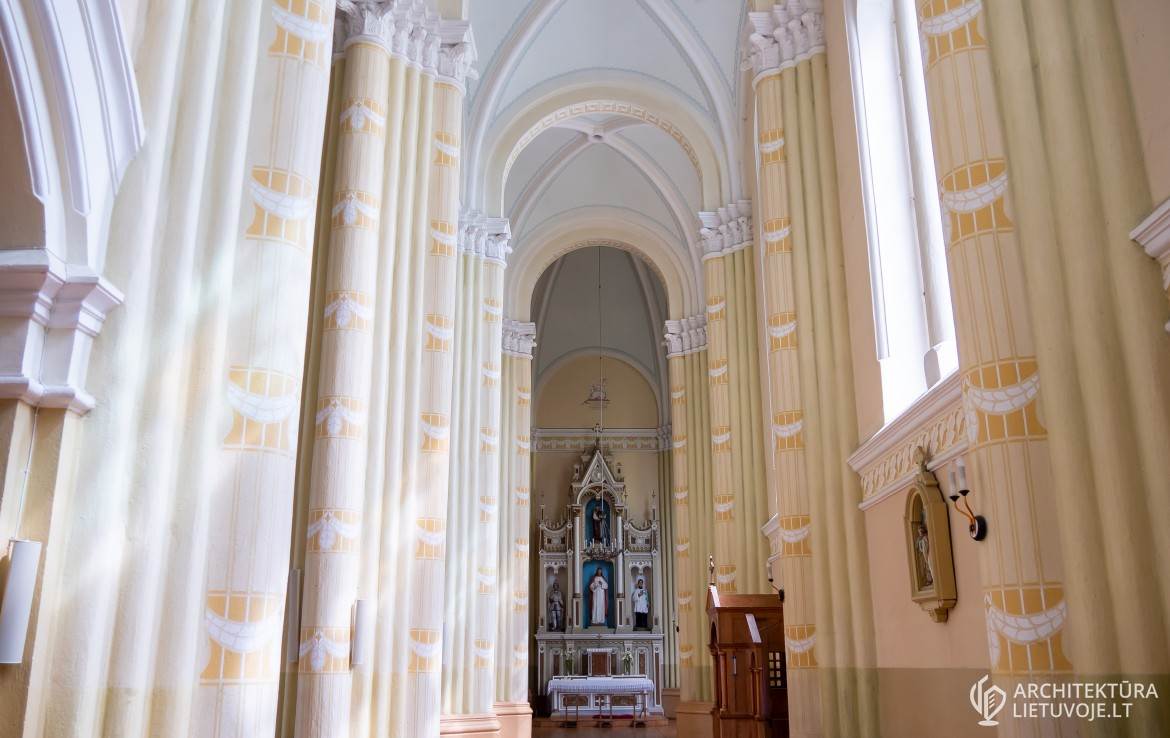 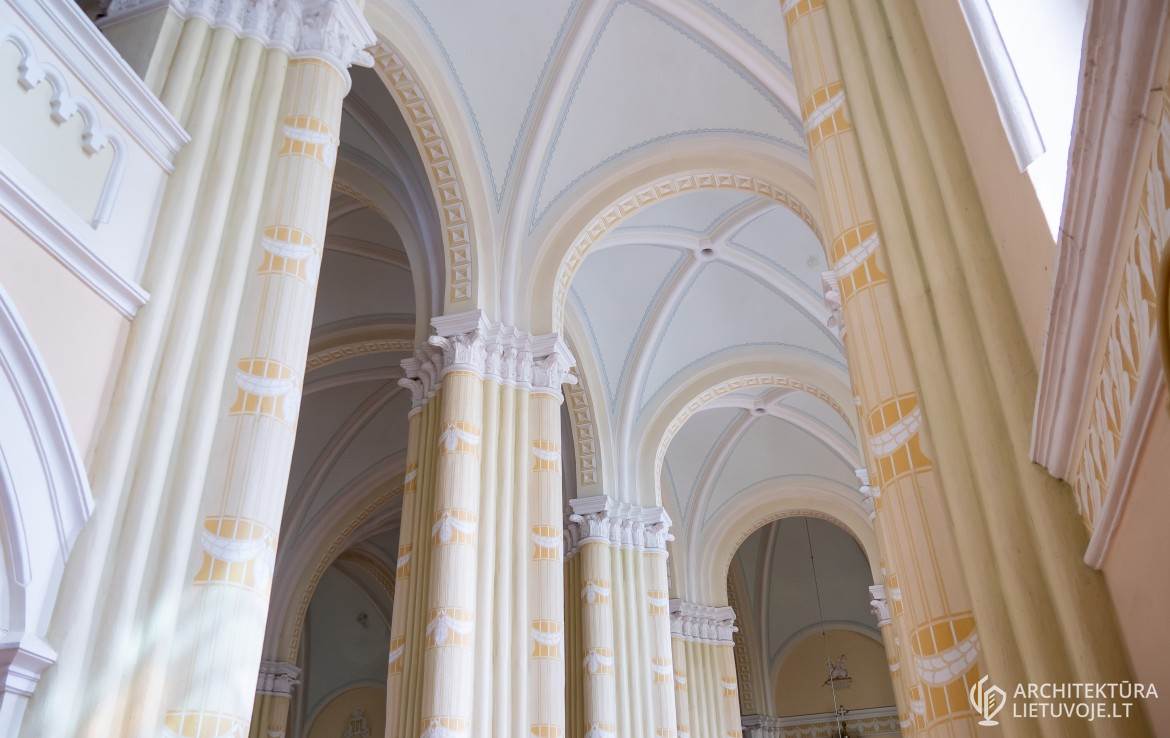 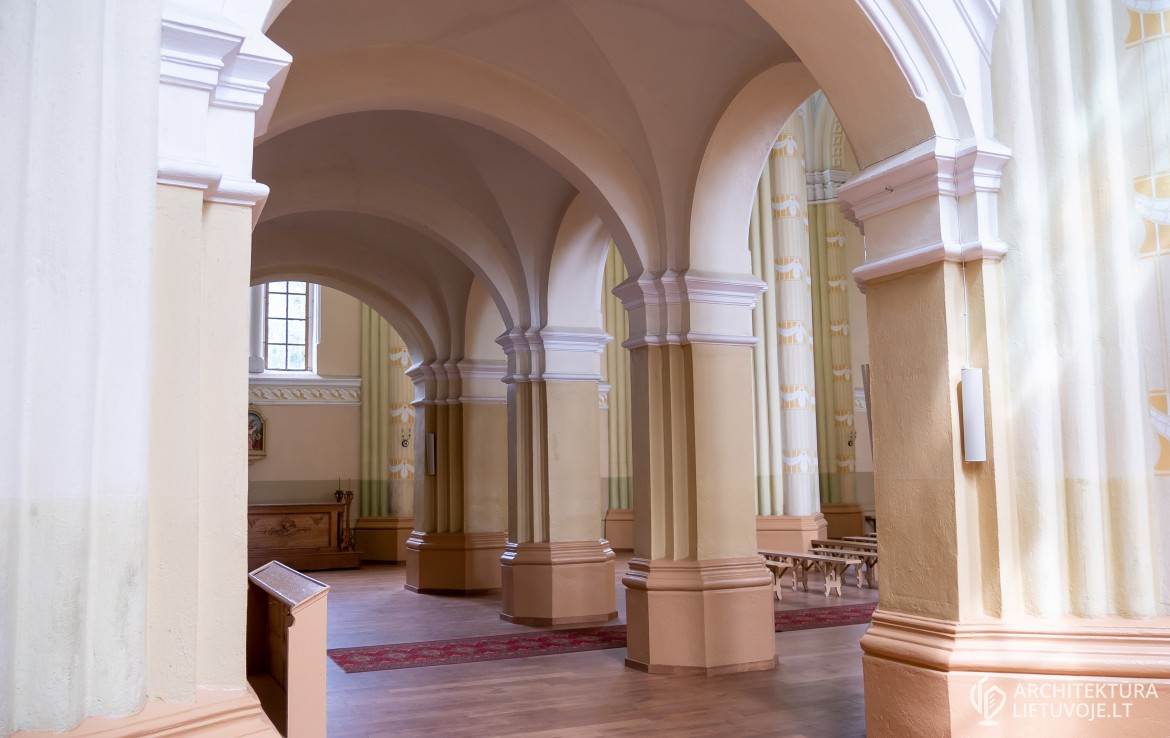 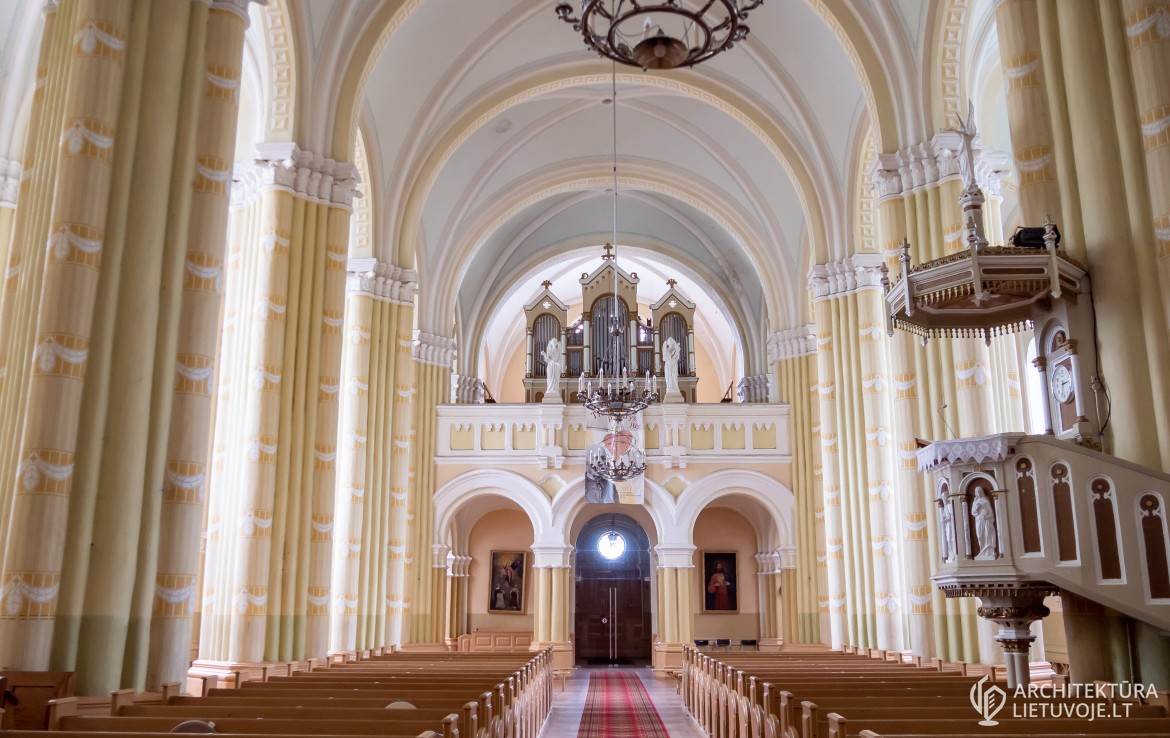 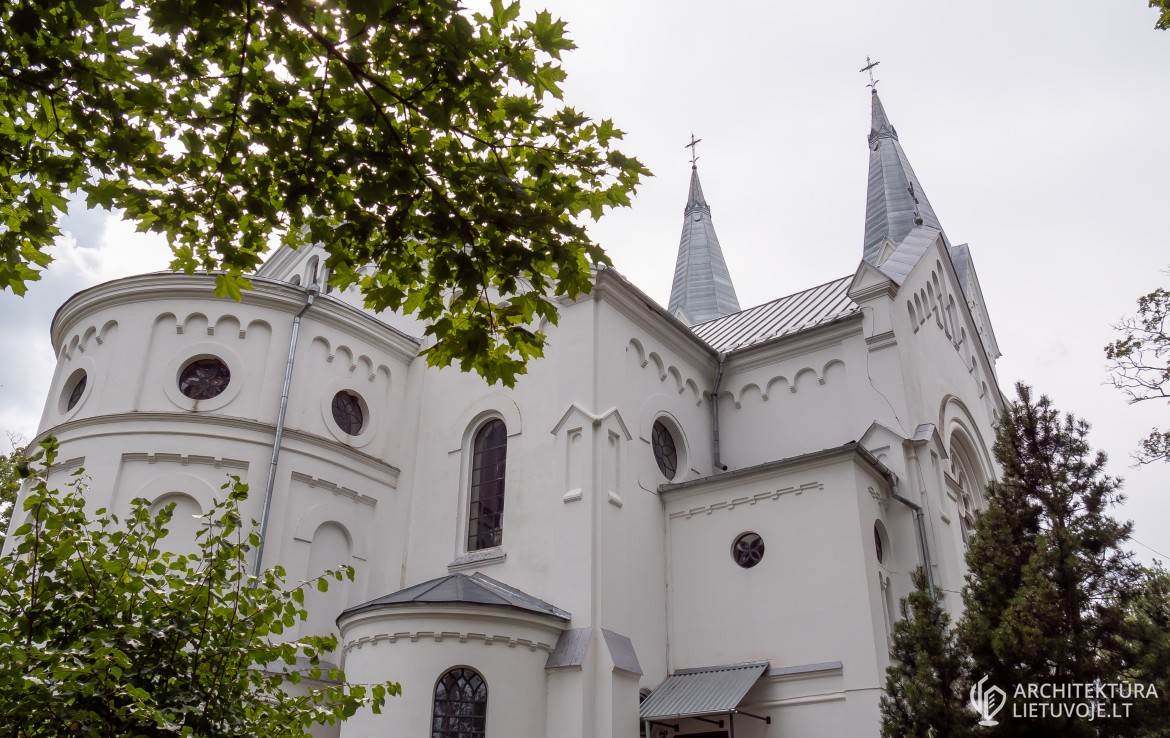 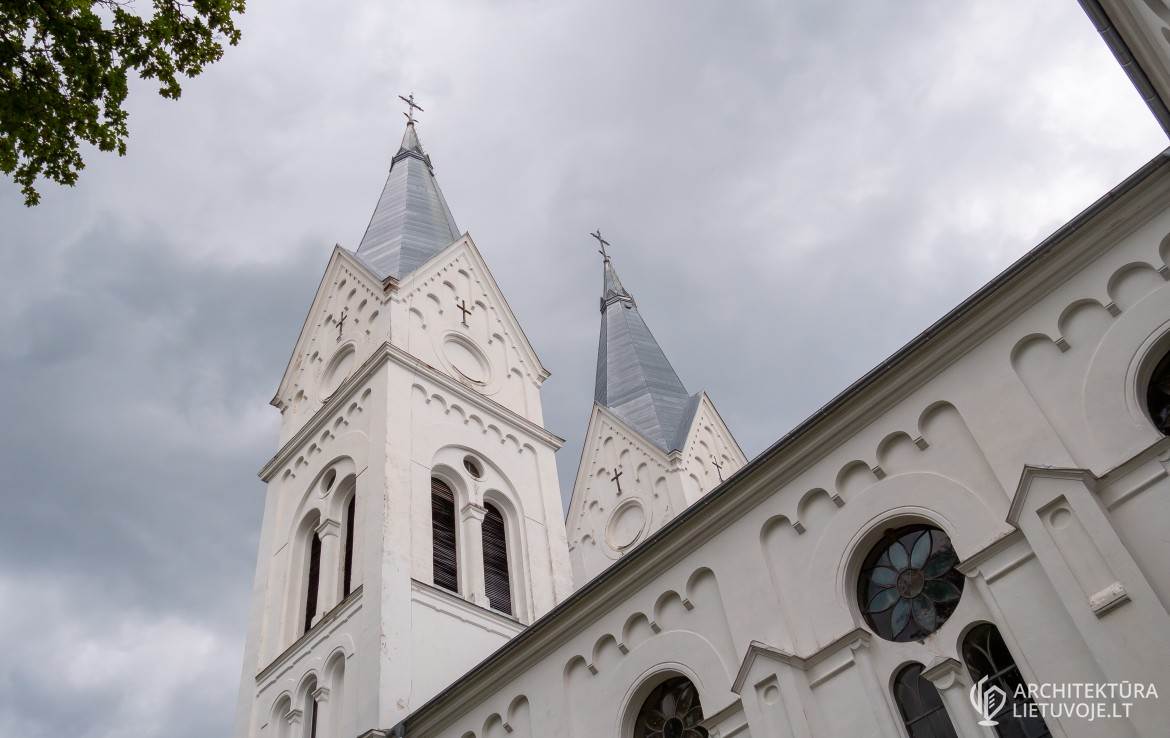 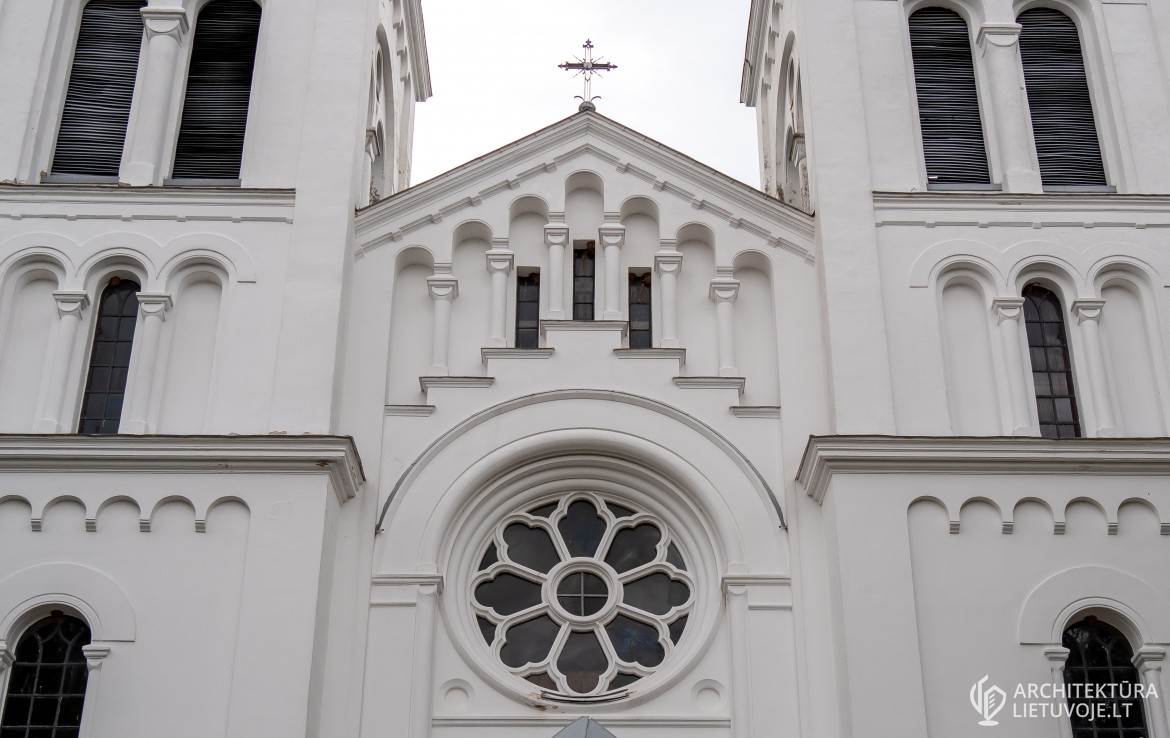