Town halls used to be the most important civilian buildings in the settlements having the rights of the city, where the council used to gather and various aspects of life, including commerce, were administered. It mostly were especially representative structures, the towers of which together with the churches used to form the main vertical dominants of the panorama. The construction of Kaunas Rotušė at the current place was started in 1542; however, the second floor as well as the tower appeared only by the end of the decade. Part of the premises on the first floor were assign to the commerce, while the second floor was for administrative functions. Rotušė of that time reflected the typical synthesis of the Gothic and the Renaissance styles in our country during the period: it maintained such an appearance until the reconstructions carried out in 1771-1880 according to the project of Jonas Matekeris. The building acquired the dominating forms of the Classicism and the late Baroque.

The façades of the building retained its Classicistic composition – it’s true, the northern façade was matched already during the reconstructions of the 19th century. The first floor of the building has numerous fillets by incorporating rectangular windows with wide architraves between the pilasters in the lateral and the front façades. The second floor, separated by the profiled cornice, is formed of the rhythm of larger windows with triangular cornices as well as profiled architraves and the pilasters. The northern façade has a representative avant-corps with a balcony protruding above it, supported by two pairs of columns. The arch of the entrance to the balcony is completed at the top by a semi-circle pediment, and at the top of the avant-corps there is a massive triangular pediment. When the building was given a new “outfit”, the former six-storey tower was divided into five sections, attaching one more on the top of them and thus raising the building. The influence of the Baroque can be felt in the upper sections of the tower; however, the sense of the Baroque is revealed through the volutes connecting the different sections of the front pediments as well as the designs of the niches of the third section.

During the reconstruction of the building in the second half of the seventh decade, small Renaissance as well as Gothic elements have been revealed, most of which are imitations. The major part of the Classicistic elements inside have been destroyed in the attempt to restore the “Gothic” interiors. Currently there are even more parts of neo-Classicism remaining than those of the latter style. We can see the Classicistic interior in the vestibule of the 1st floor; representative stairs of that period have survived as well. The décor of the vestibule of the second floor as well as the interior of the great hall are the examples of the tendencies of already the second half of the 19th century. 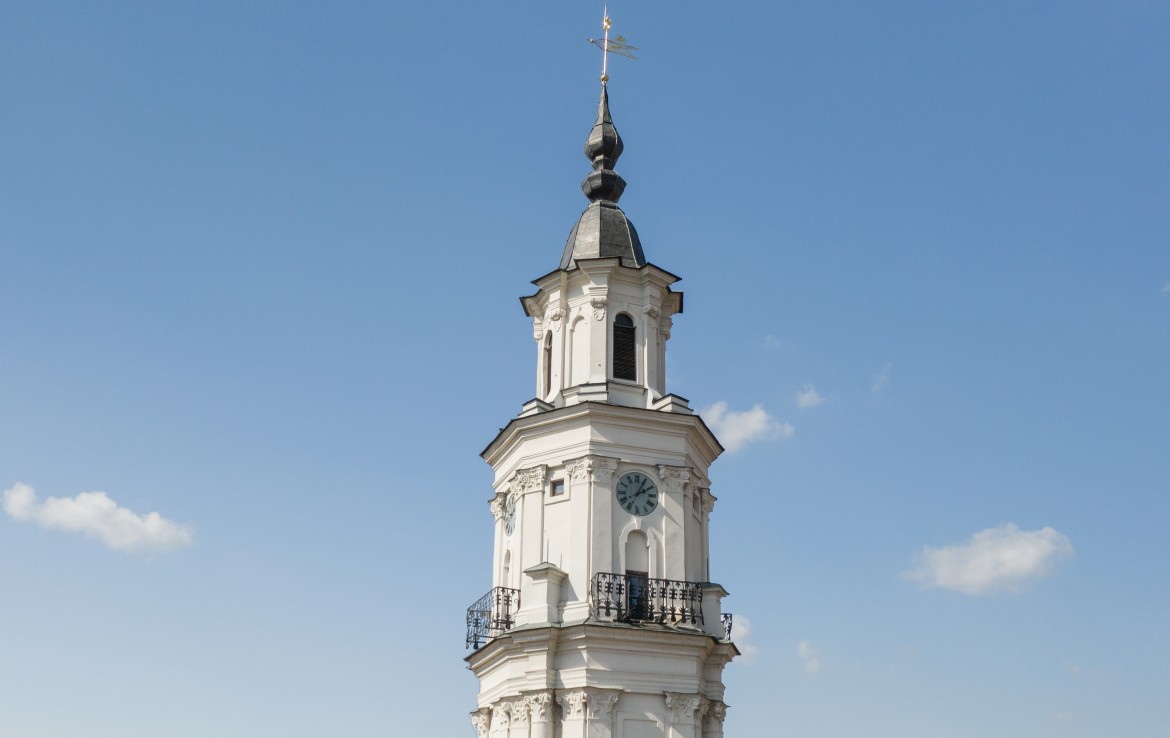 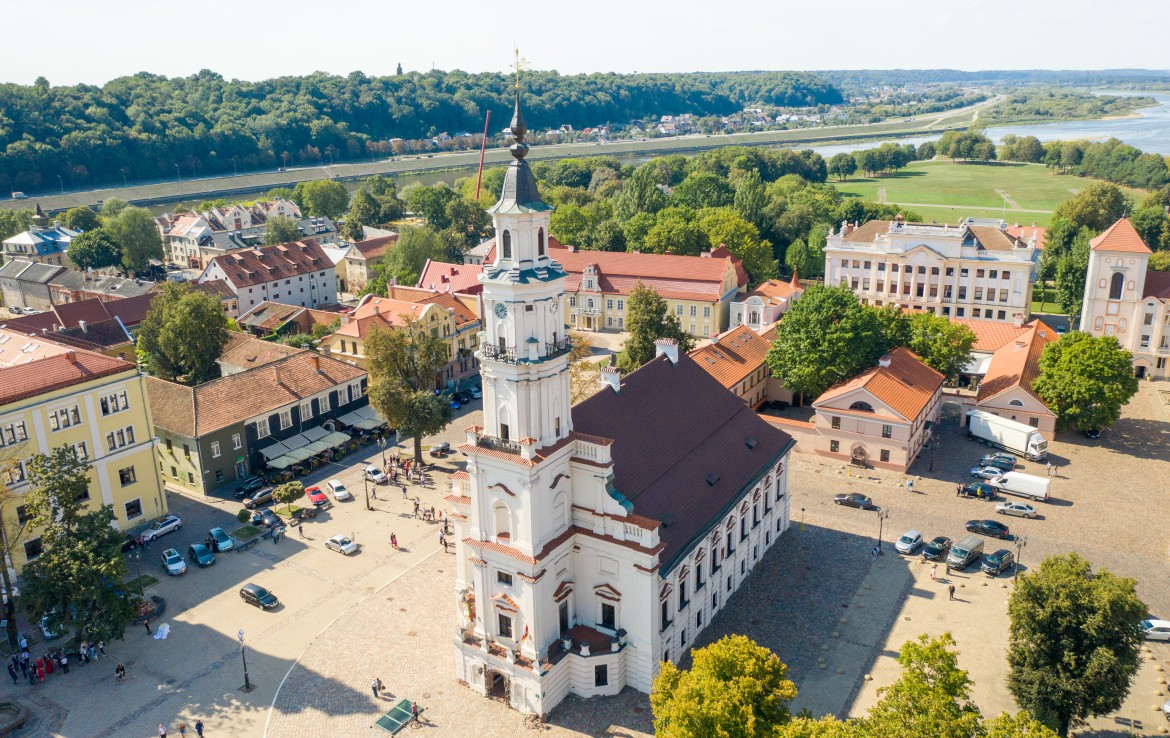 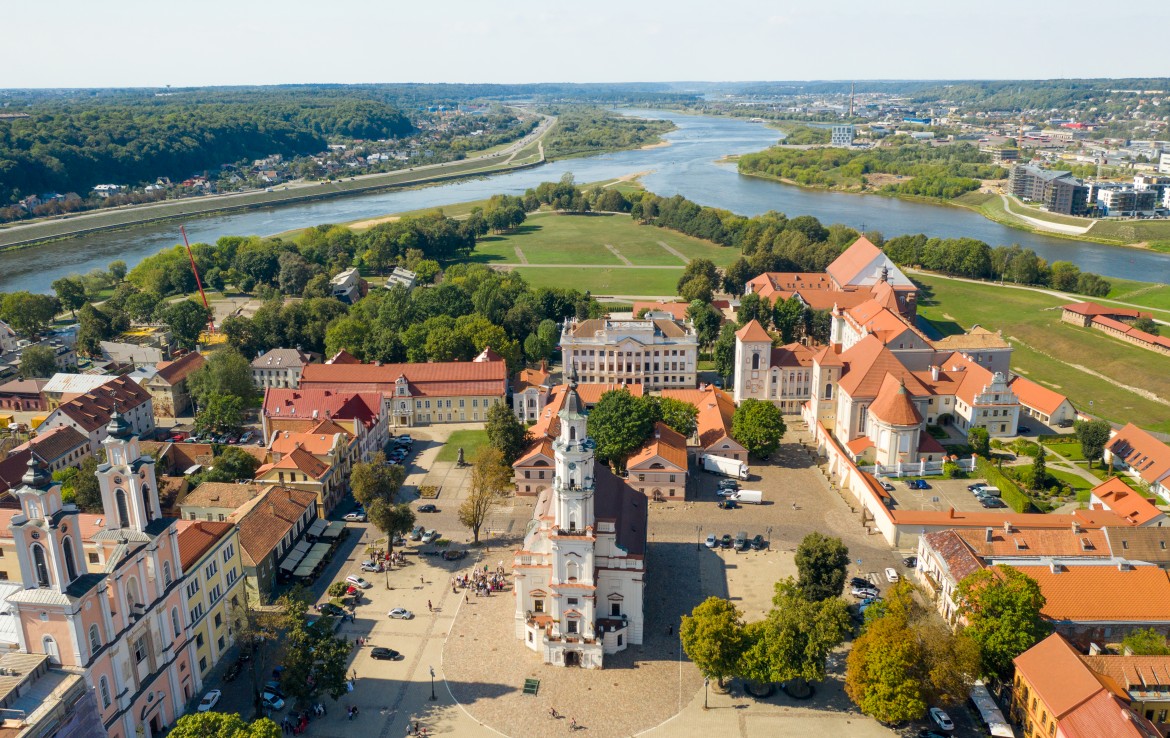 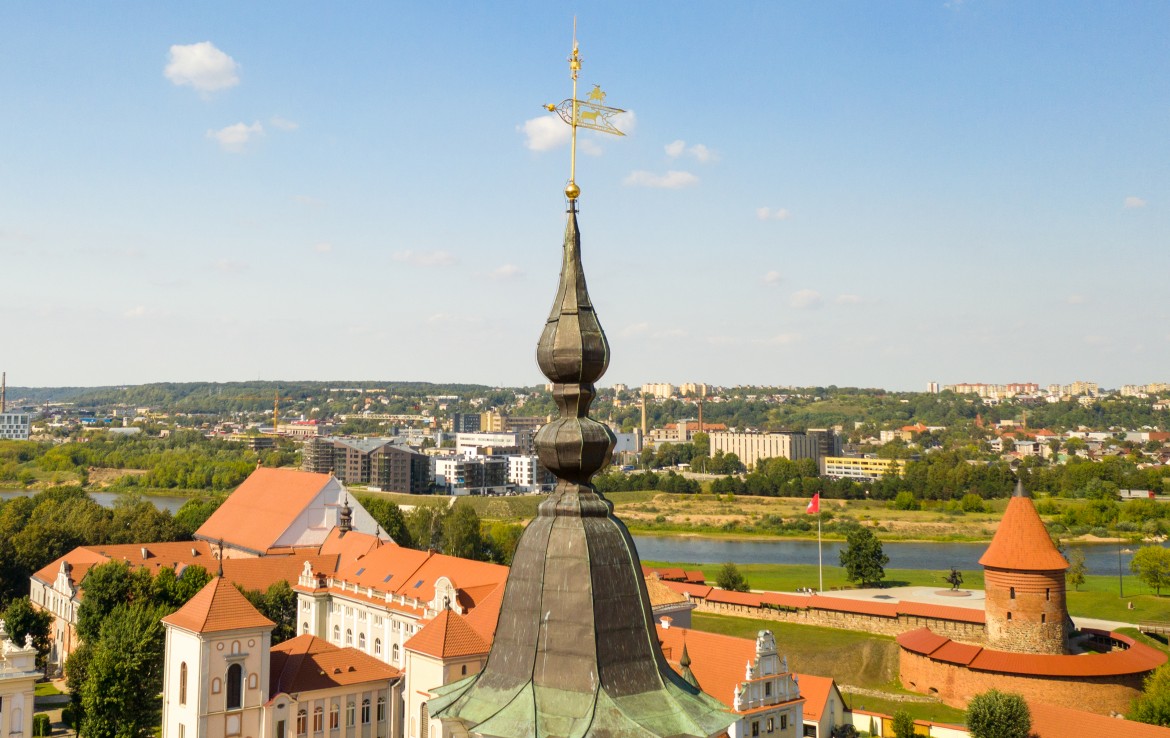 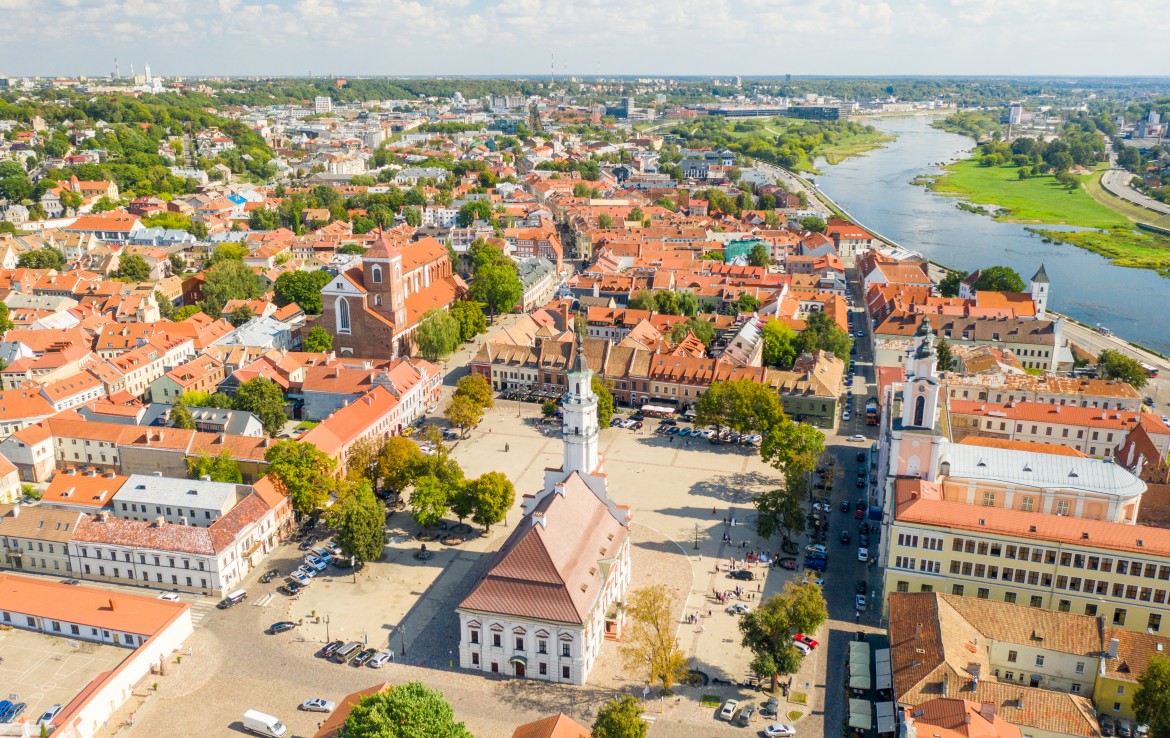 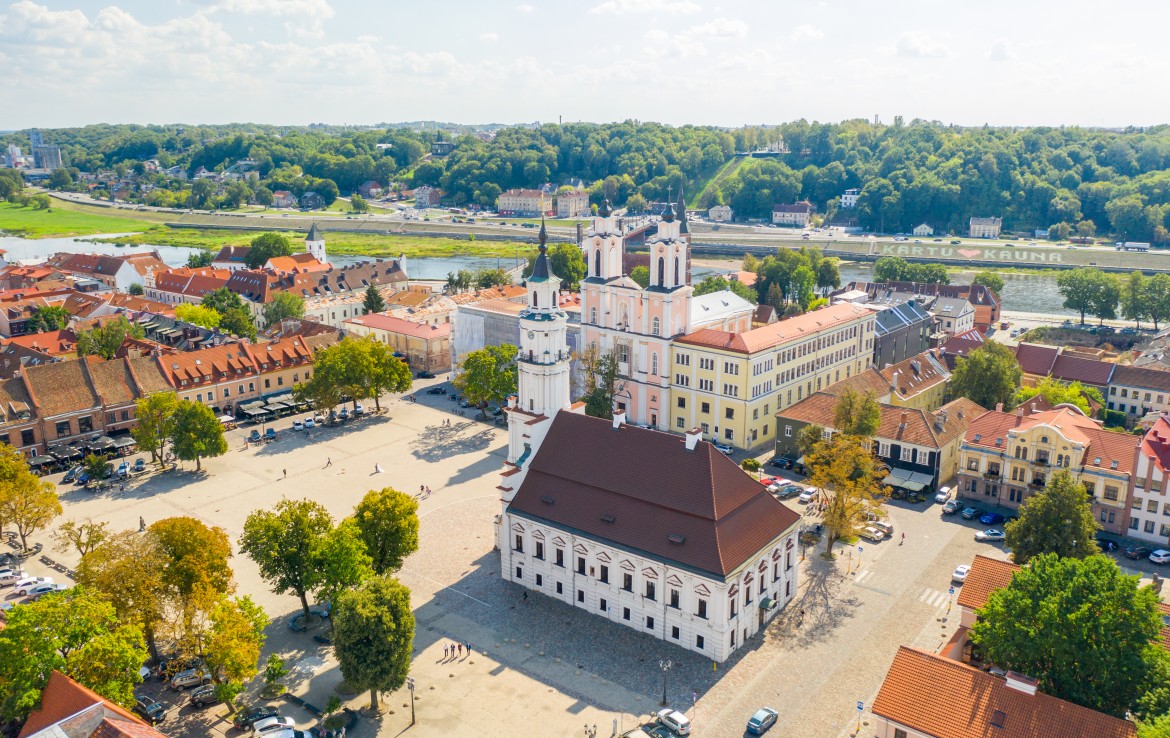 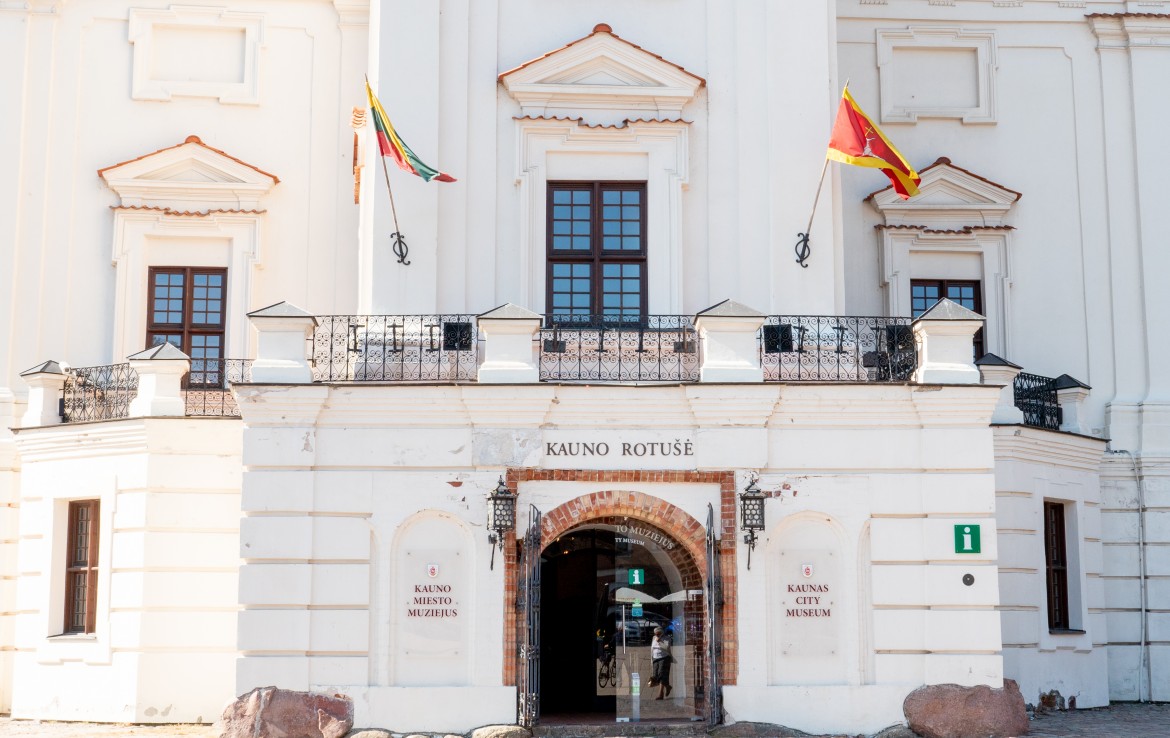 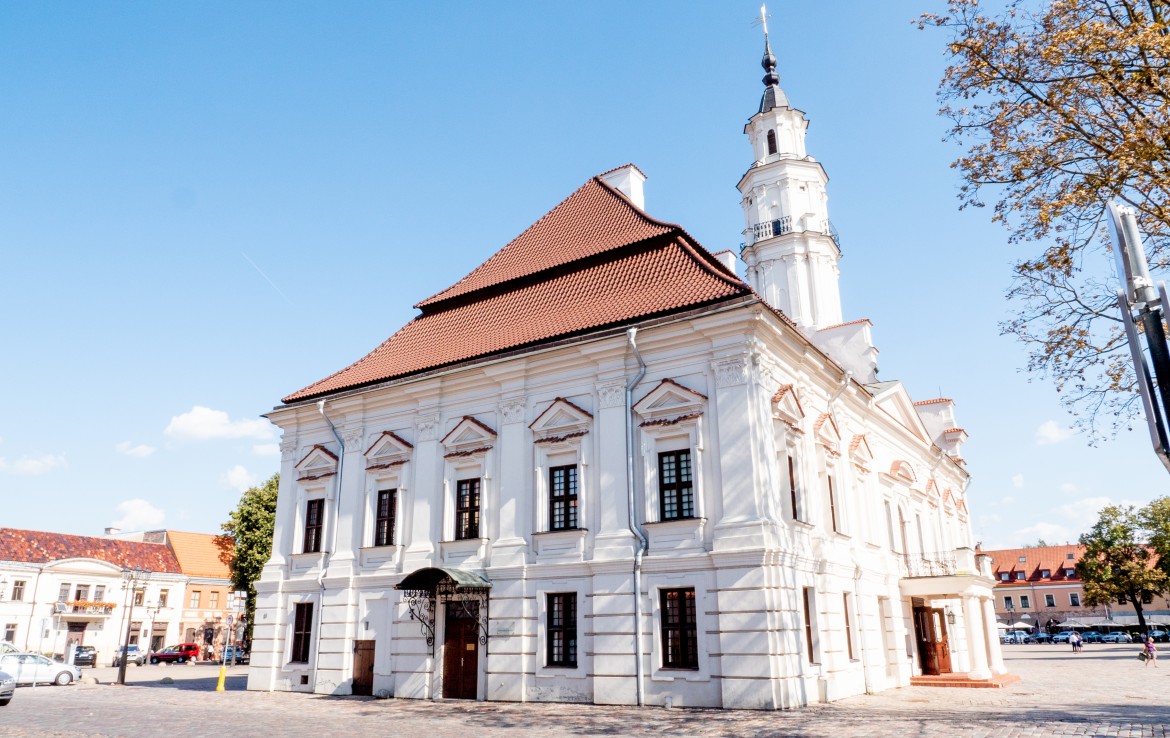 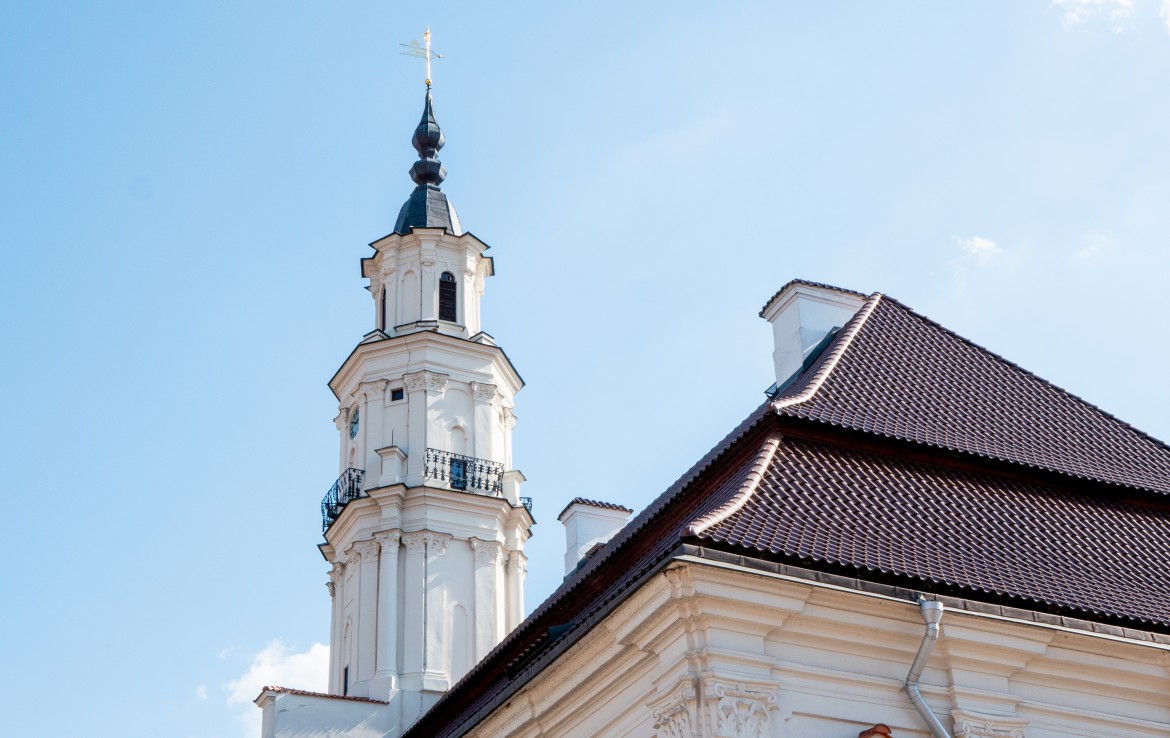 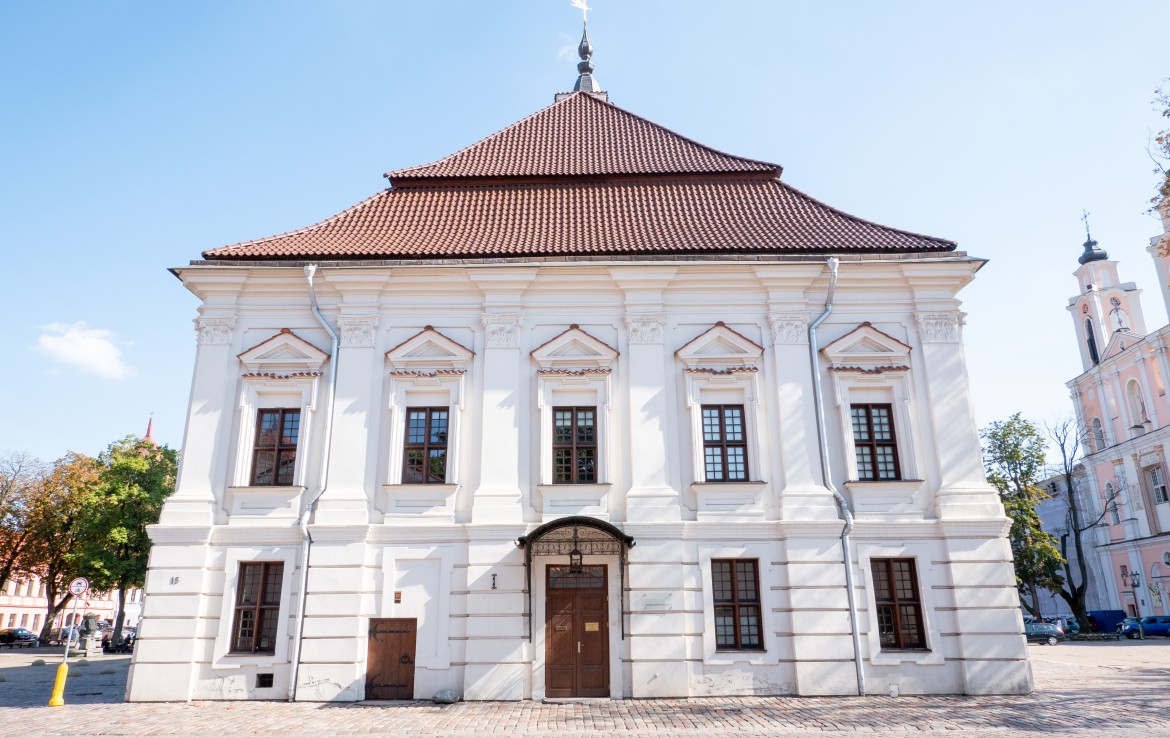 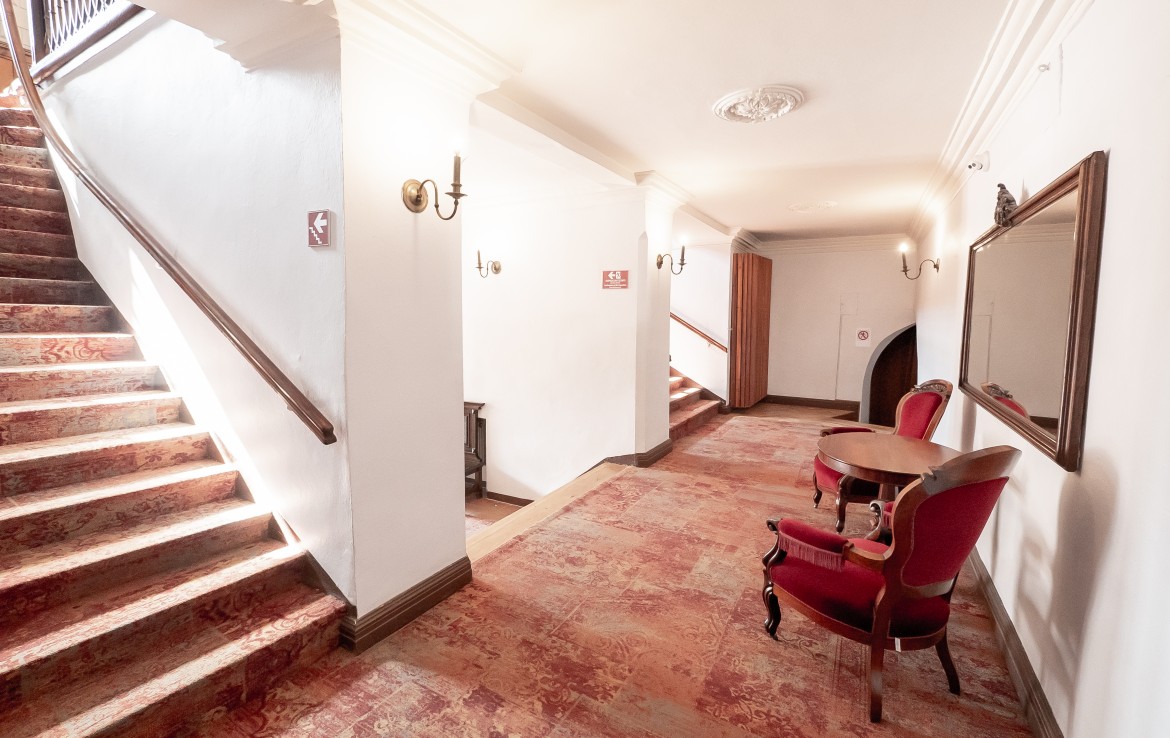 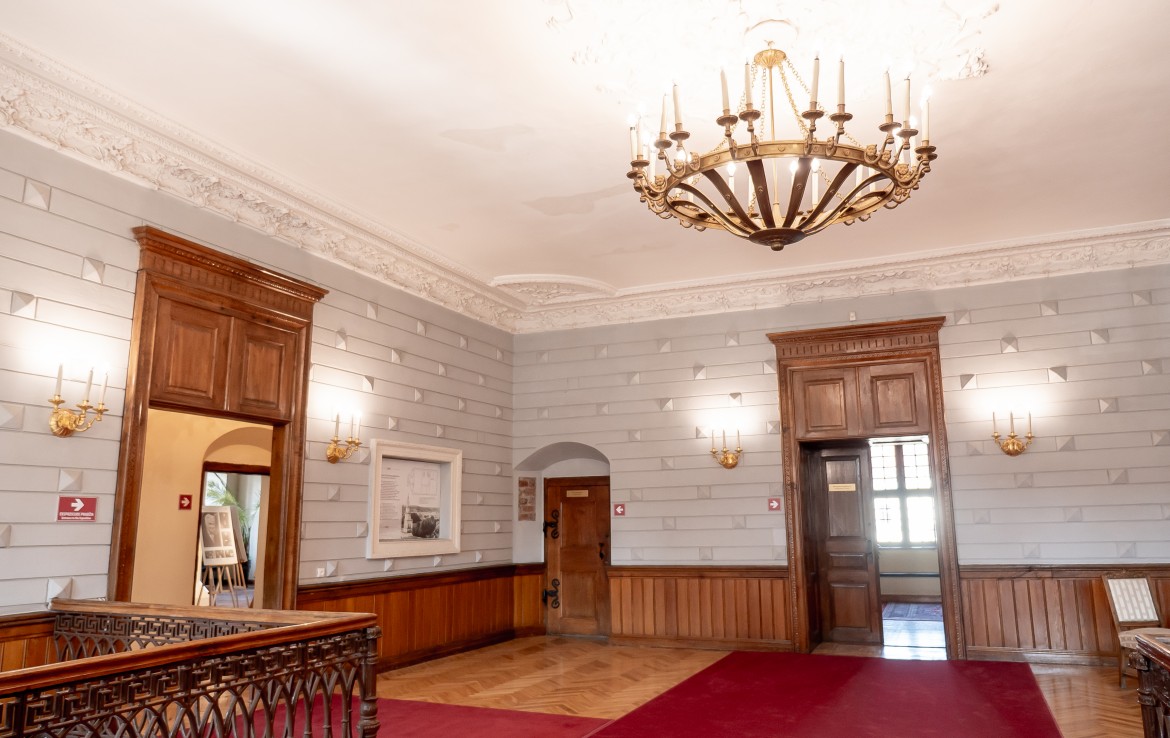 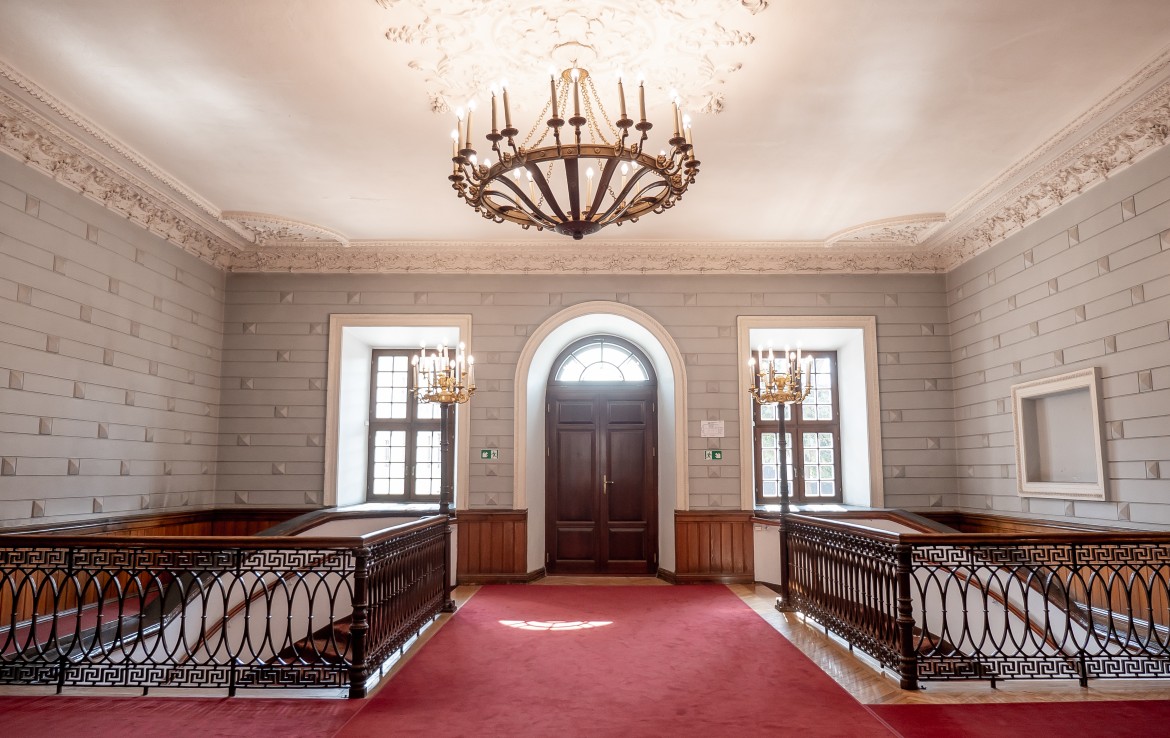 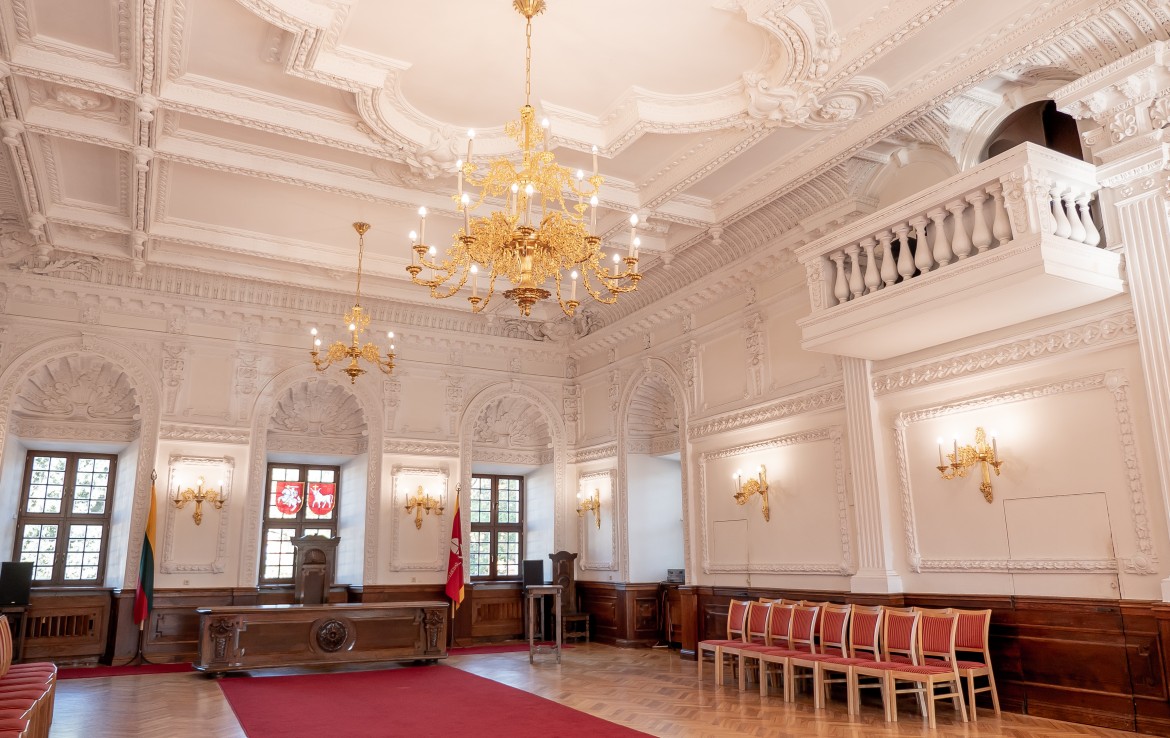