Manor houses built in Neo-Baroque style – a rare enough phenomenon in Lithuania. One of the most expressive examples is Zypliai Manor House. In the second half of the 19th century, the Classicism style Manor House, built by the nobleman Jonas Bartkovskis, became the property of the count Tomas Potockis, who in 1898-1901 expanded the Manor House and re-built in Neo-Baroque forms. The rest part of the Manor Ensemble remained set up under the principles of Classicism; the edifice, even after grandiose reforms executed, retained the symmetry and a rectangular plan, characteristic of Classicism. Interestingly, for some time after the First World War, the Seinai Theological Seminary was operating here.

The building consists of a single-storey central part, surrounded on both sides by two-storey blocks; the entire edifice is covered with the two-tier roof. The windows of the ground floor of the Manor House are highlighted by trimmings of strict forms with horizontal fasciae and keys. Decoration of the first-floor windows is more modest. More modest are the pilasters of the top floor as well, which divide the side blocks: there is no bossage seen on the ground floor. The typical solution of the previous period – the porch, integrated in the main facade by installing a terrace surrounded with the balustrades in the centre of the rear side; the exit to the terrace is accentuated by a triangular pediment.

The expressive Neo-Baroque accents – small oval windows of the middle part of the attic ended on the top with the broken profiled fasciae, breaking on the sides as well as mansard windows integrated in the side avant-corps and ended with semi-round fasciae. On the south-east facade, on the first floor of the avant-corpses, balconies with bracing struts of Baroque forms are integrated. The interior planning of the Manor House, characteristic even of Classicism, has survived: behind the vestibule in the centre, a dance hall was equipped; on both its sides – the dining room and guest rooms. Many authentic elements of the interior decor and structures characteristic of the period remained or were restored during renovation: the parquet, fireplaces, ceramic tiles, different trimmings. 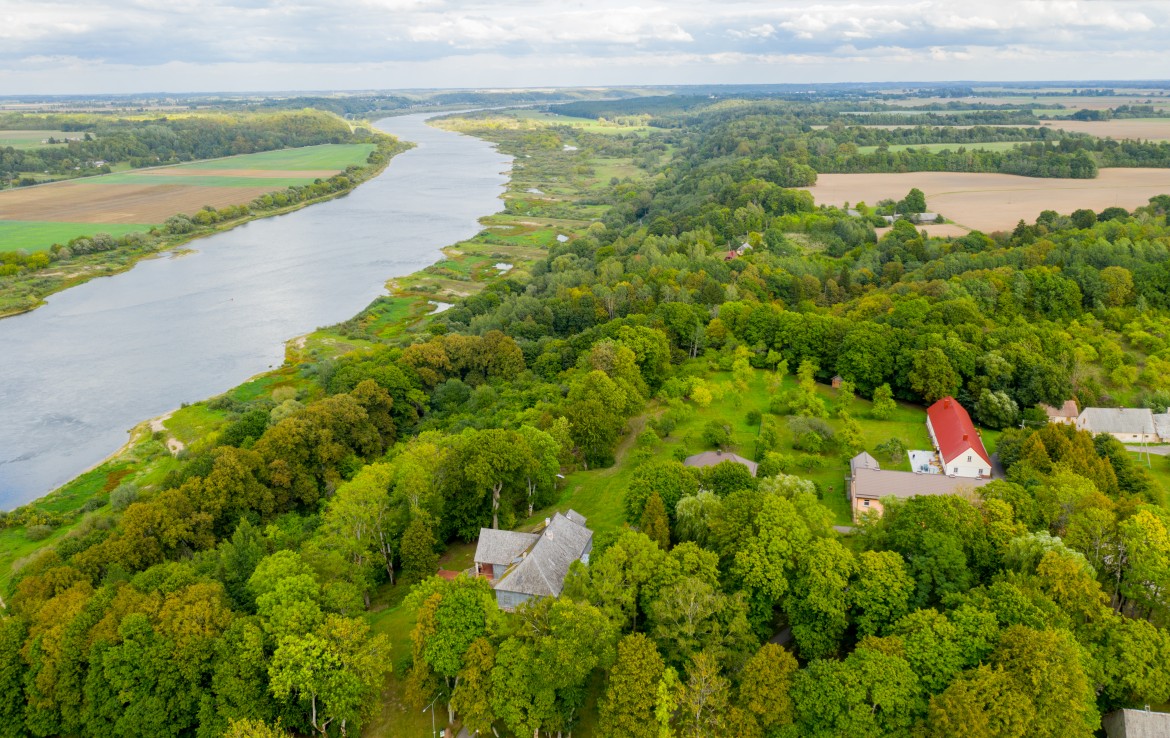 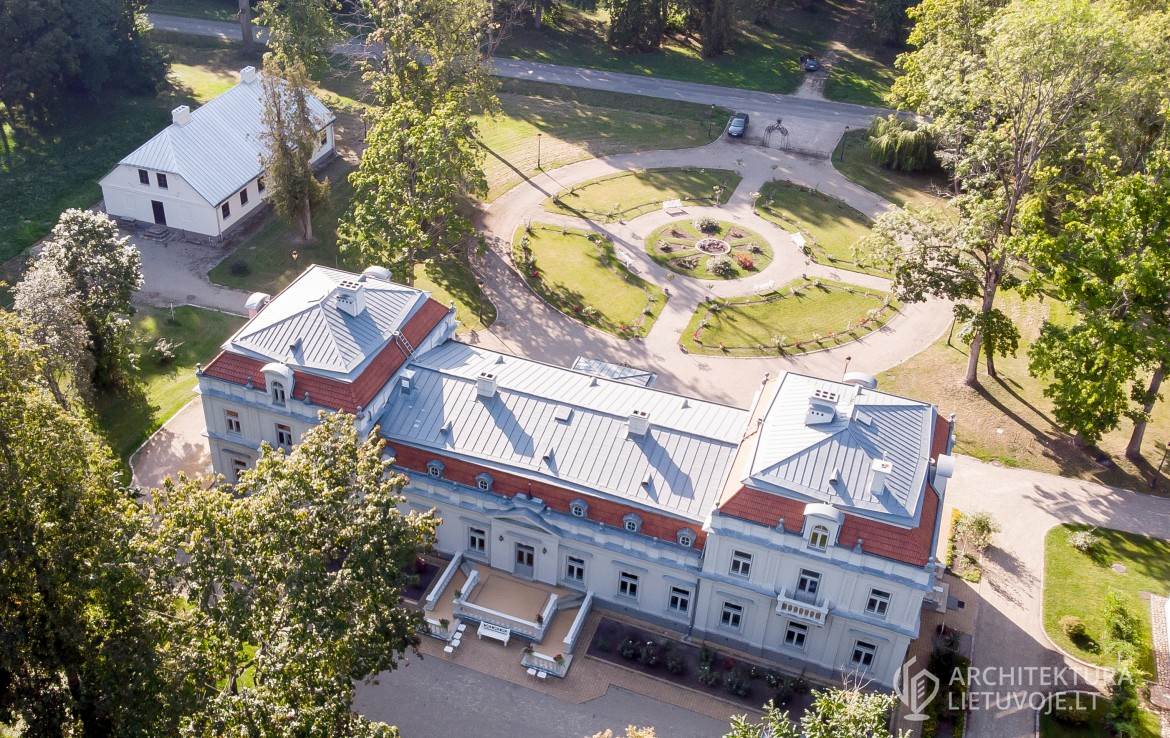 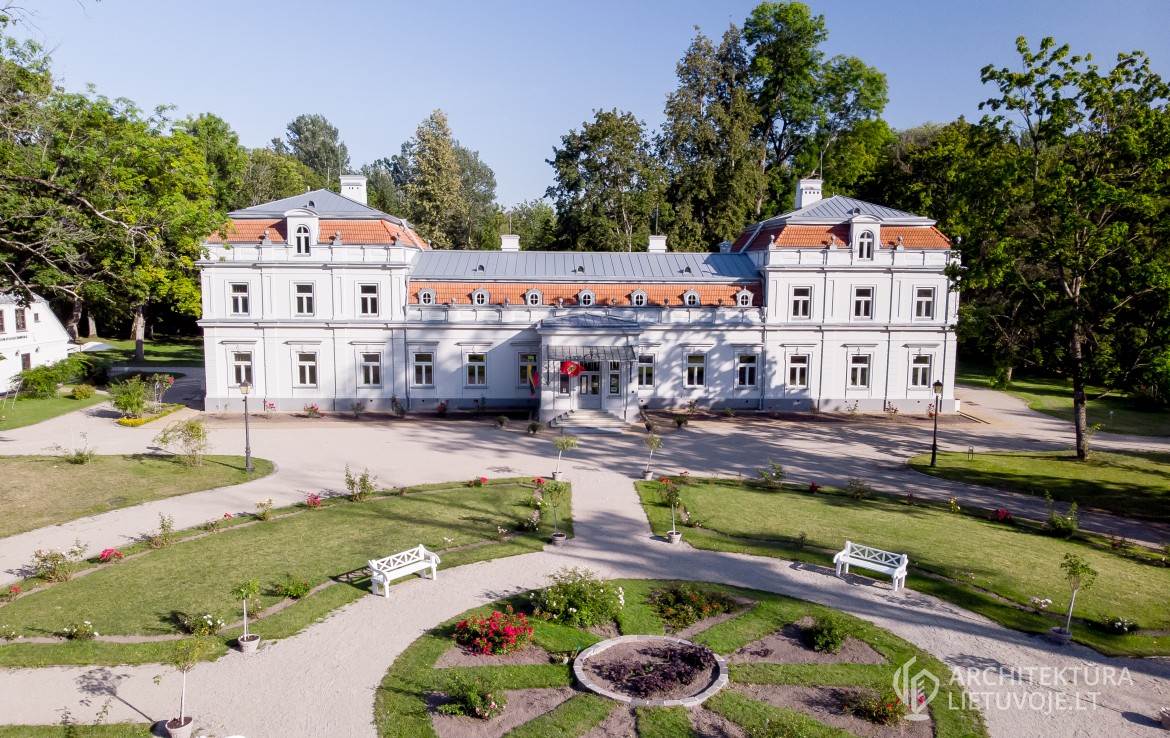 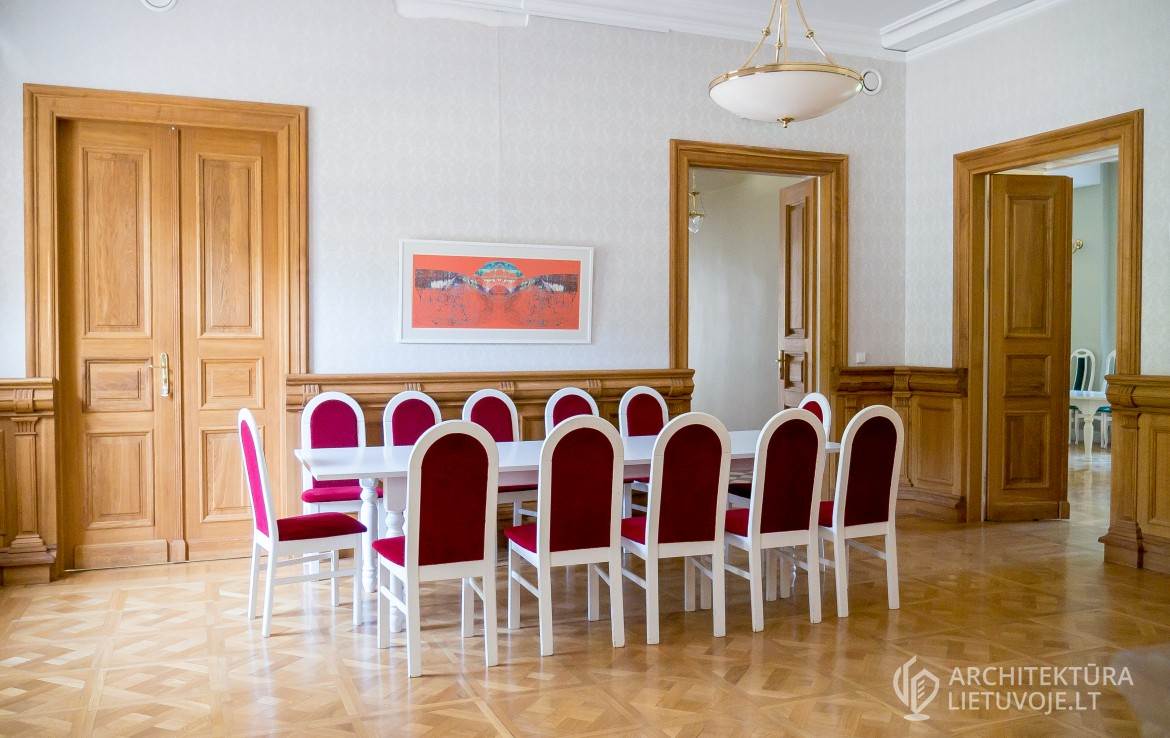 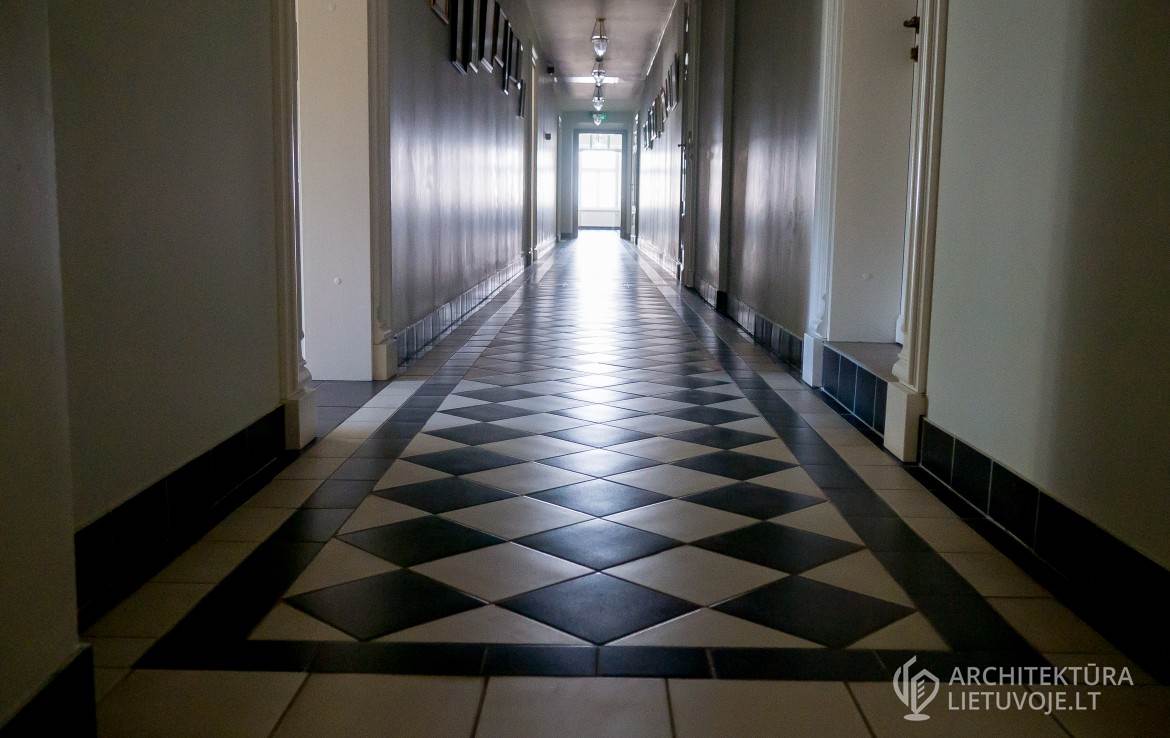 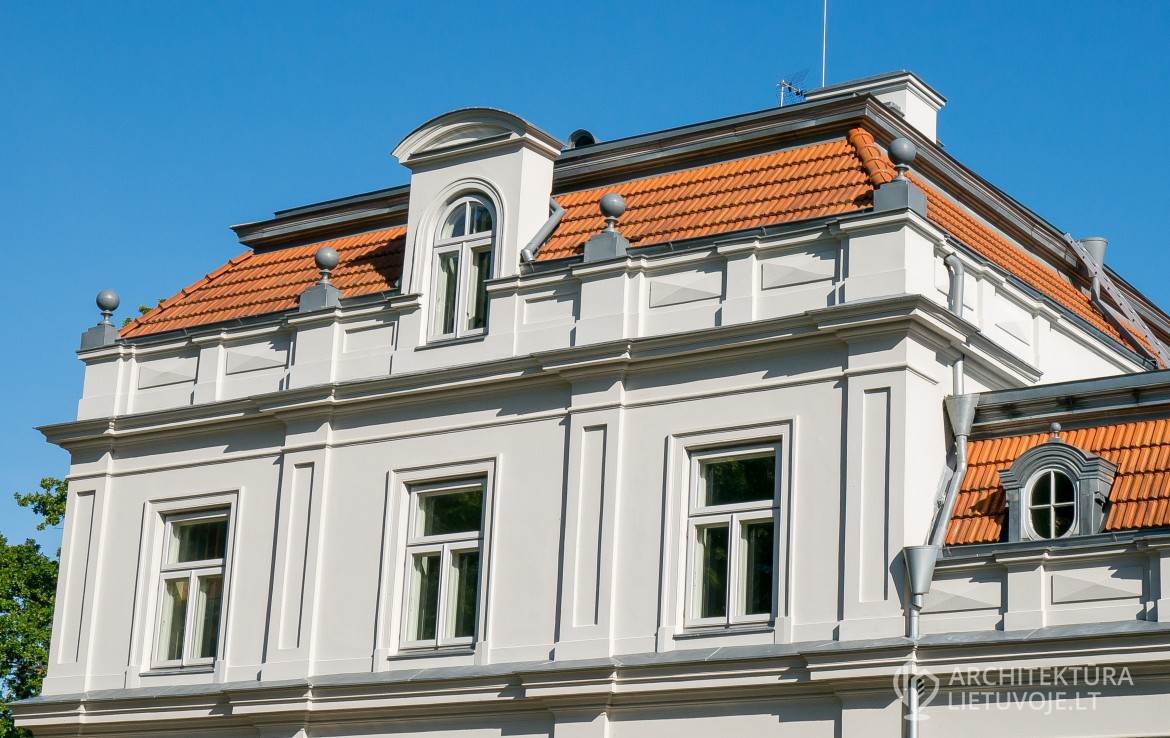 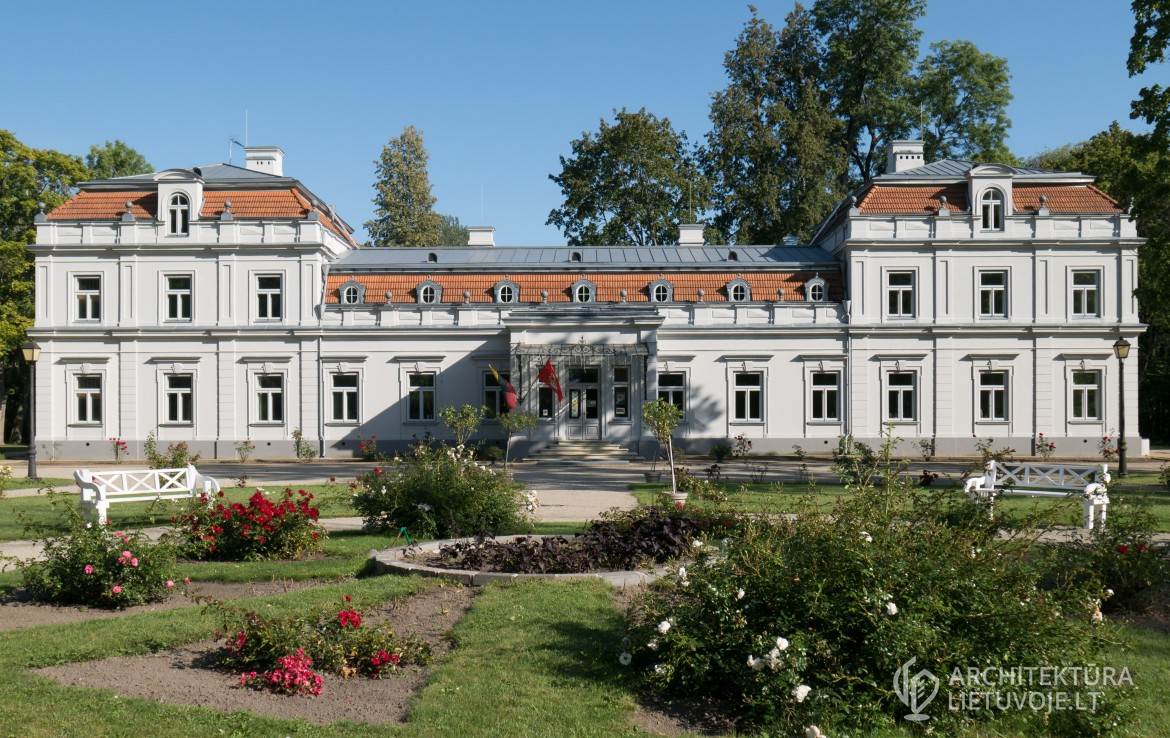 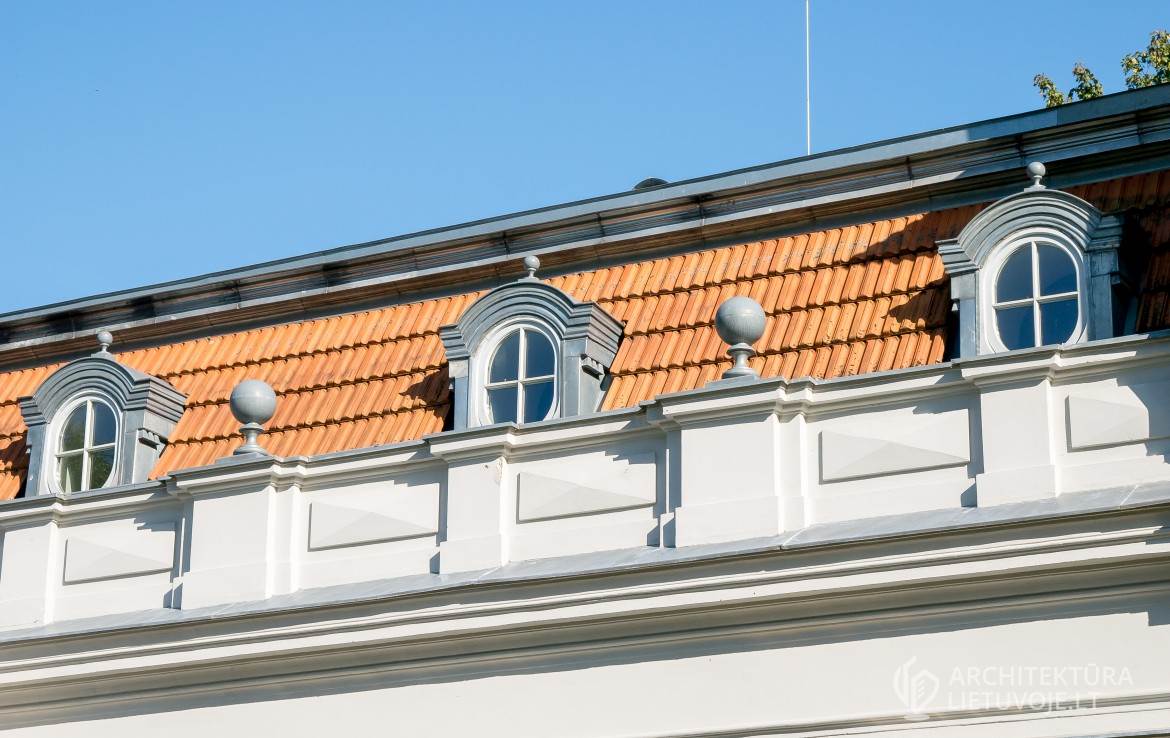 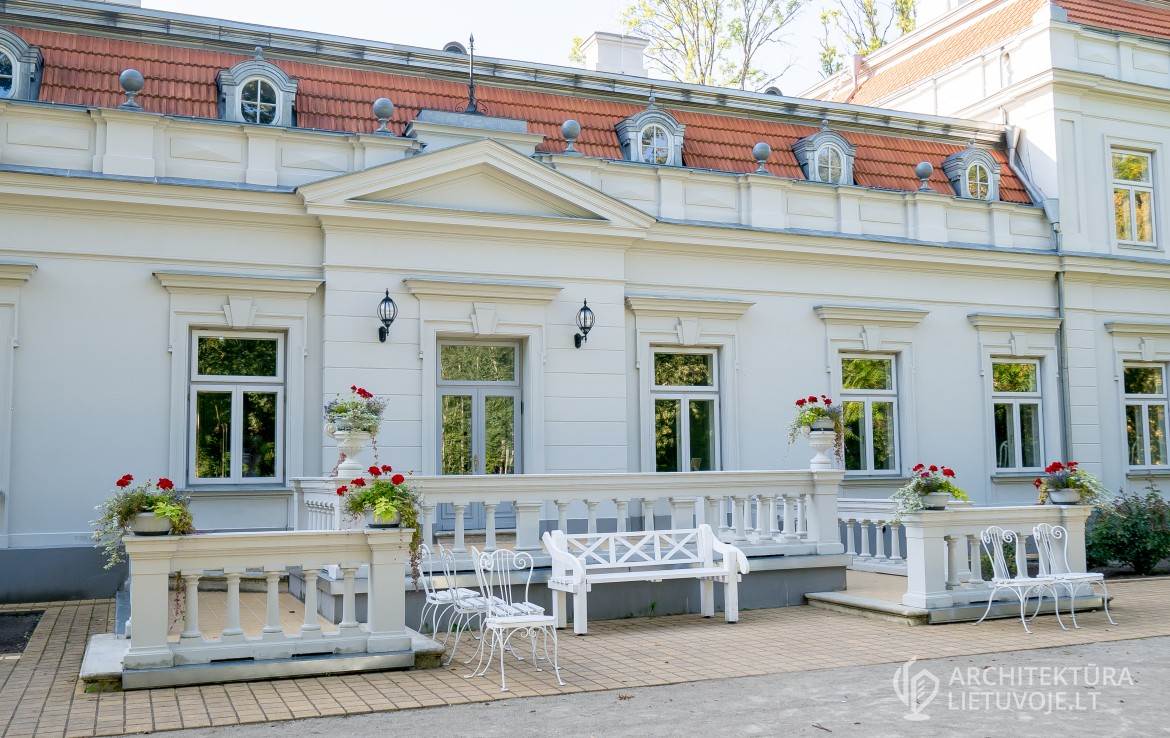 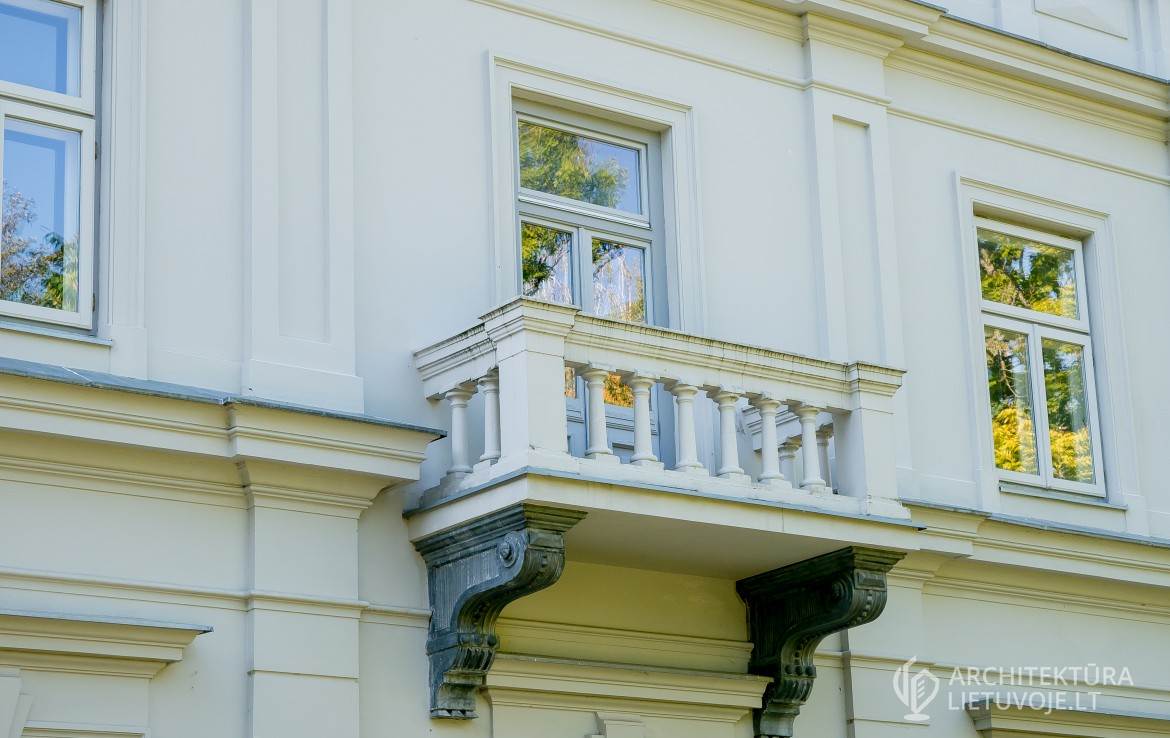 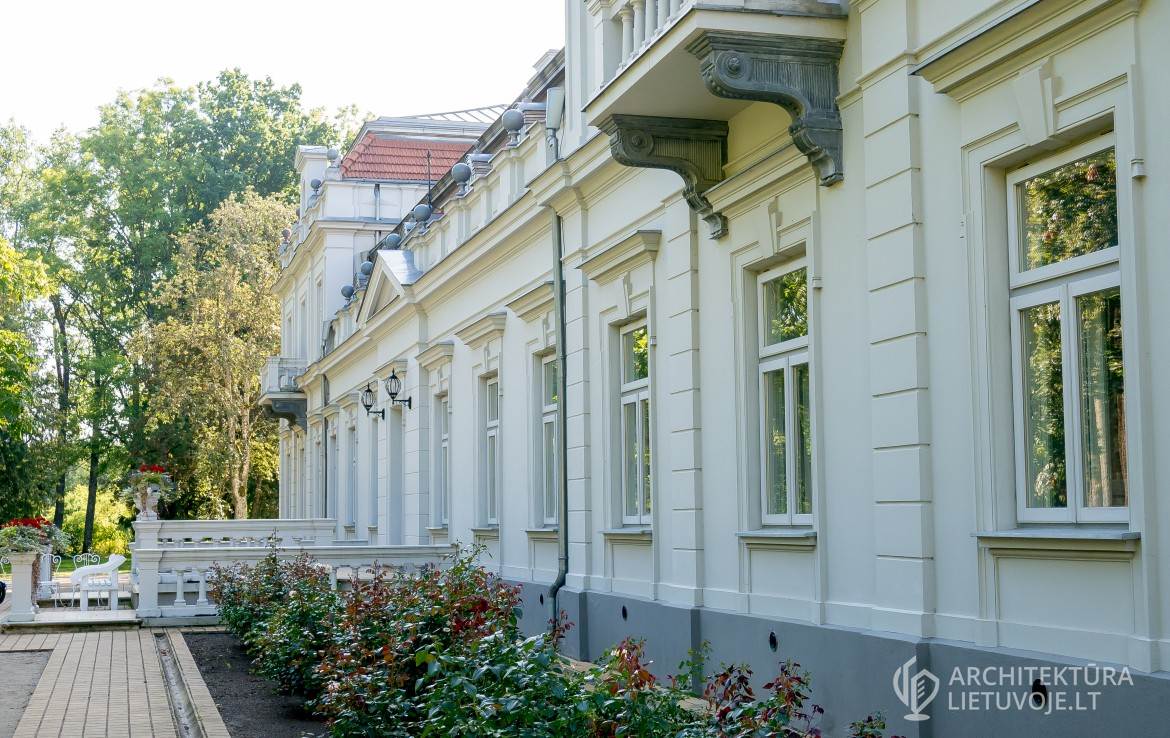 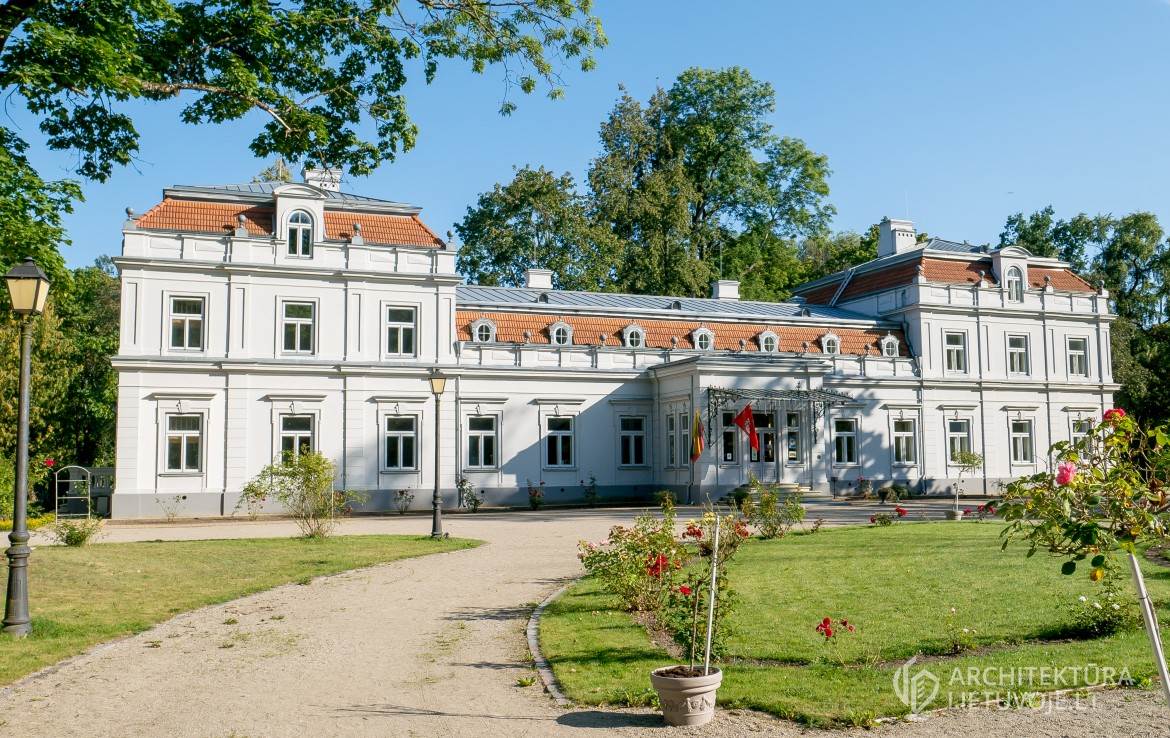