As soon as we arrive at Švėkšna Manor, the gates of the complex provide us the architectural presentation: monumental, neo-Renaissance building of three parts. In 1880 the owners – the representatives of the famous Pliateriai family – built a small though expressive so-called villa of Genovaitė in the territory of the manor. Neo-Classicistic palace – especially decorative, borrowing this trend from the so-called Empire style – the late variation of the Classicism. The building expropriated by the Soviet authorities in 1944 was later converted into a local library.

The mezzanine rises up above the first floor of rectangular plan. Terraces separated by the balustrade strips are arranged in front of the building from both the northern as well as the southern sides of it. Angular and divergent pilasters of the first floor are highlighted by large raised fillets. Cornices covering the windows and niches are especially decorative. They are much more modest, triangular in the façade of the mezzanine, and the angular pilasters are divided by smaller fillets. A characteristic feature of the period – terraces situated on the roof of the first floor on both sides of the mezzanine separated by a small balustrade. The façades abound in various relief sculptural elements – angelic compositions crown the avant-corps windows and doors at the top, the niches of the lateral façades are completed by the shell motifs at the top, and the capitals of the pilasters as well as the cornices are decorated with plant motifs.

The interior is especially filled with remaining architectural elements of the Empire style. The great hall is decorated with the columns of marble imitation, rich moulding décor with restored authentic colour combinations. The ceiling frieze is especially decorative, which has a relief depicting the motif of the women’s heads. However, probably the most impressive accent here is the remaining painted composition on the ceiling, where Flora – the ancient Roman goddess of spring – is depicted. We can see more modest examples of the paintings depicting angels in other parts of the ceiling.

Although the homestead of the Švėkšna Manor contains an abundance of buildings, it is worth stopping at the palace of the “Saulės” gymnasium, funded by Pliateriai. It is an example of the Historicism architecture of the interwar period, where we can see modern, so-called “naked” Classicism, which refuses any decorative elements and modernises certain forms. The school built in 1928 was design by J. Salenekas; therefore, it‘s no surprise that the building is somewhat reminiscent of a typical project for the elementary school of that time, created by the latter engineer, whose examples we can find in Kernavė, Semeliškės or Aukštadvaris. 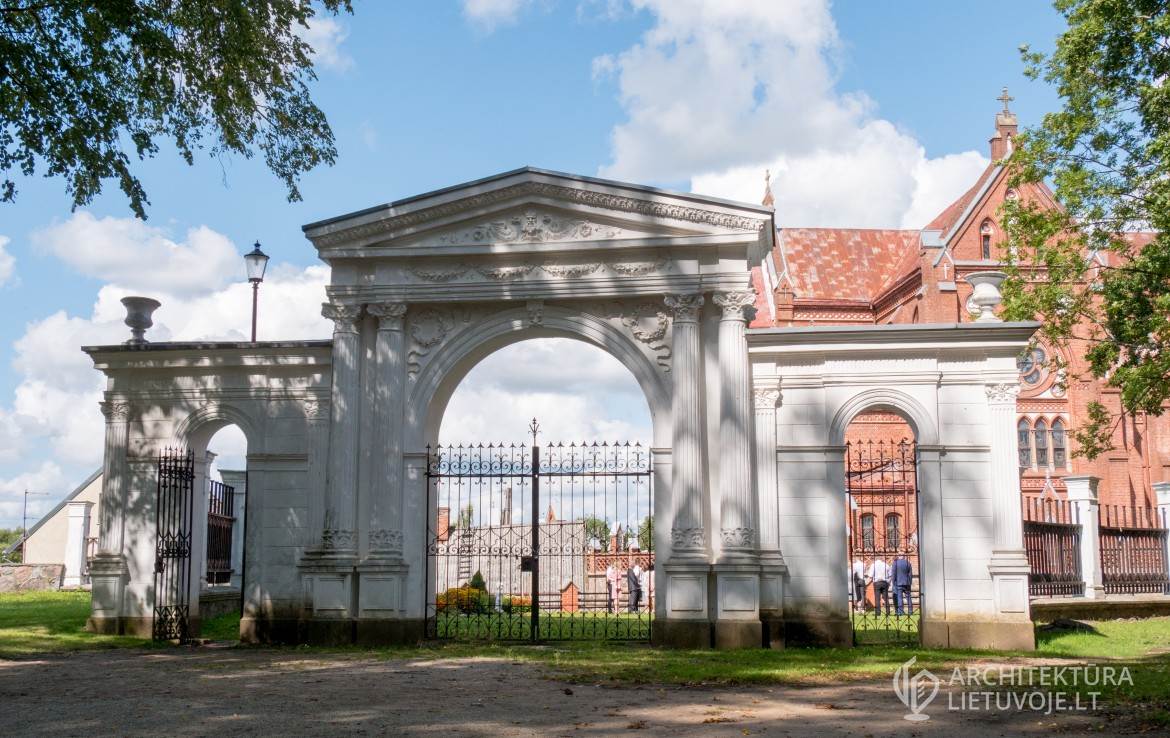 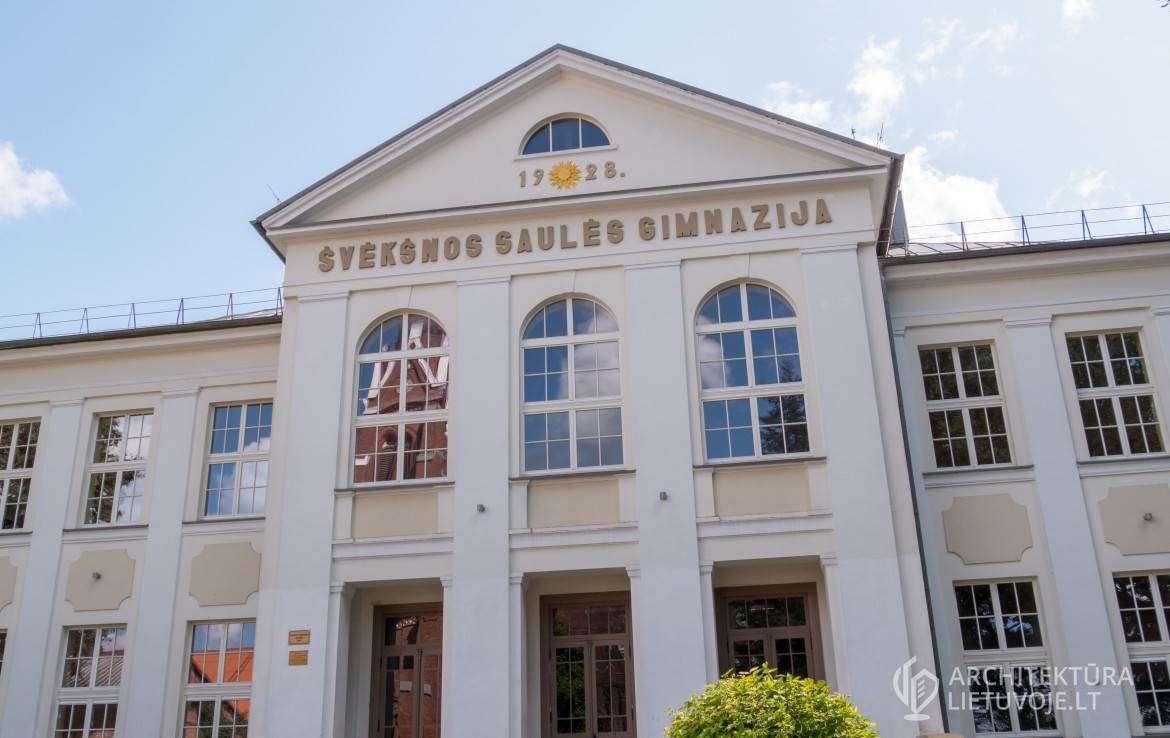 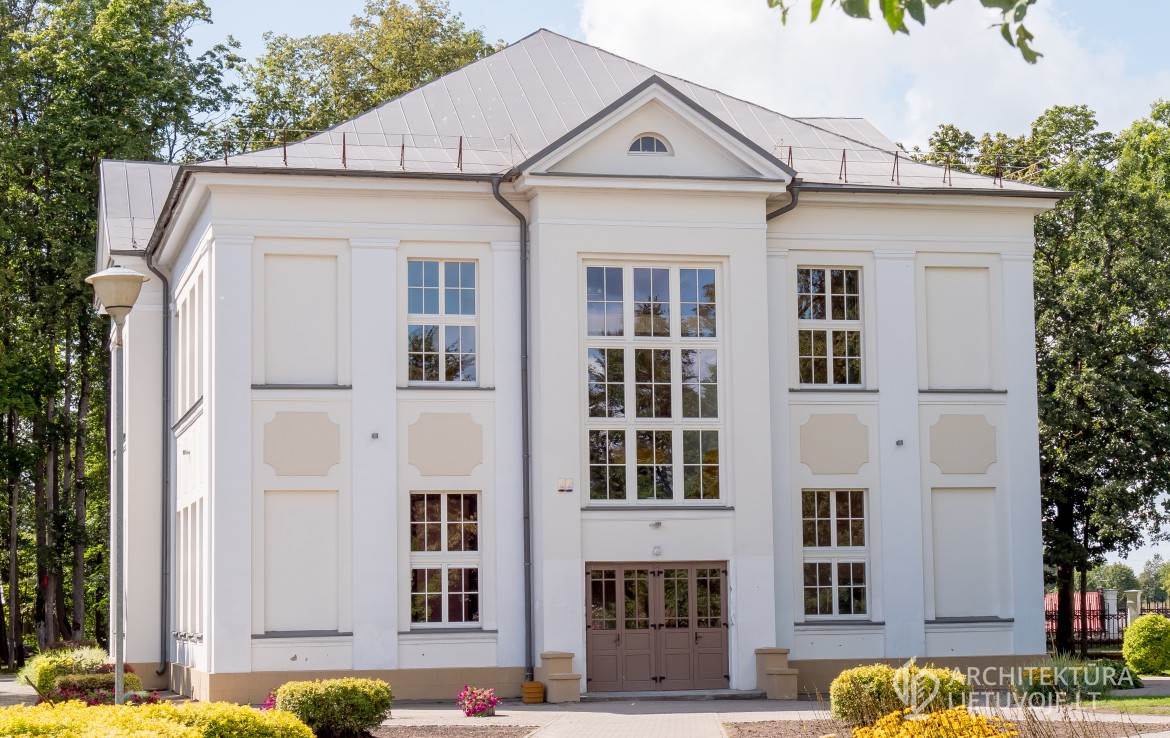 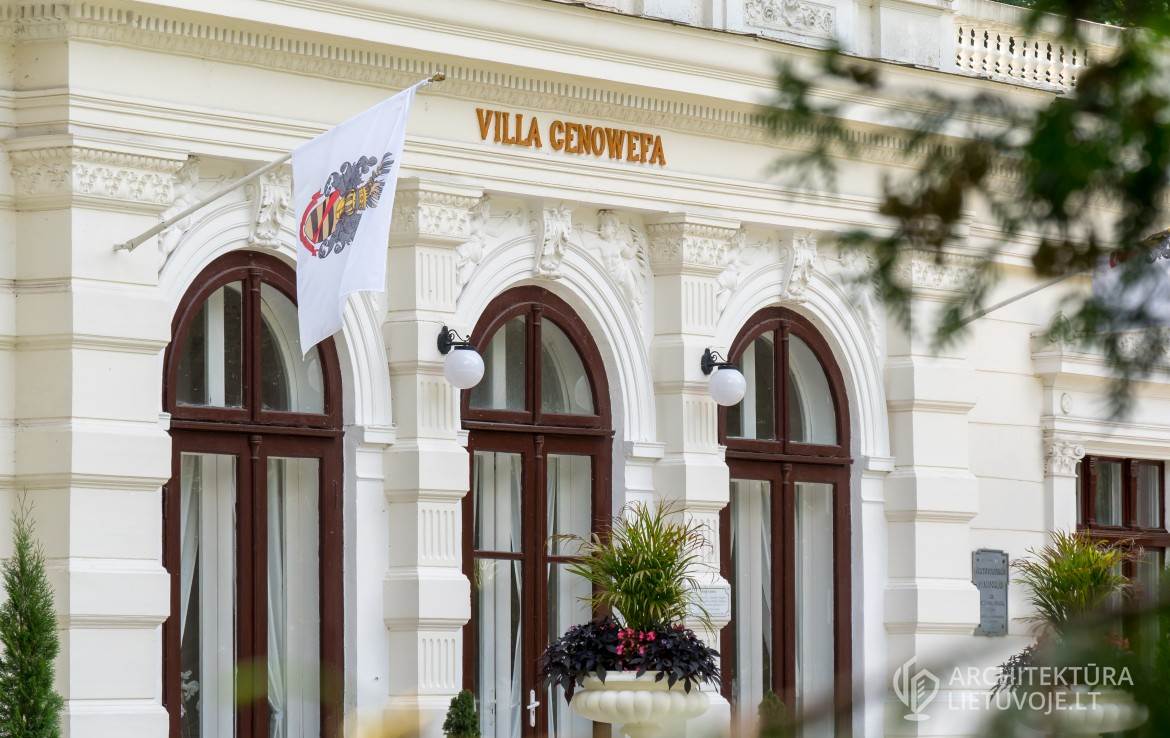 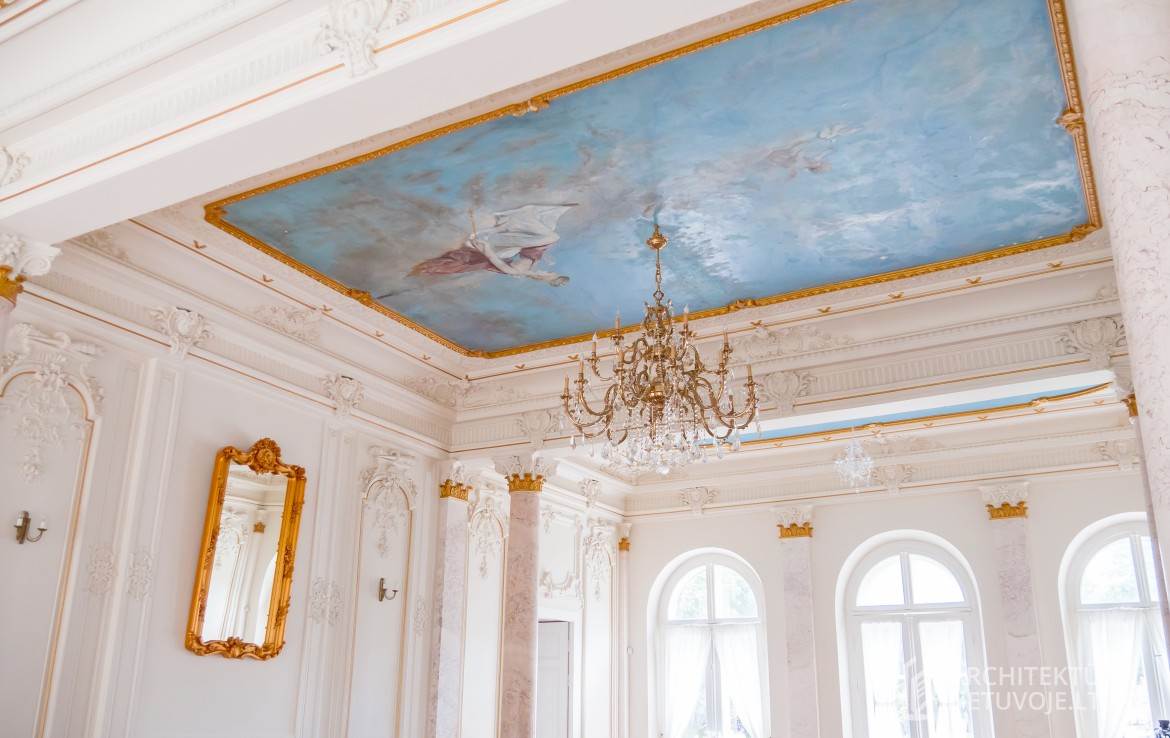 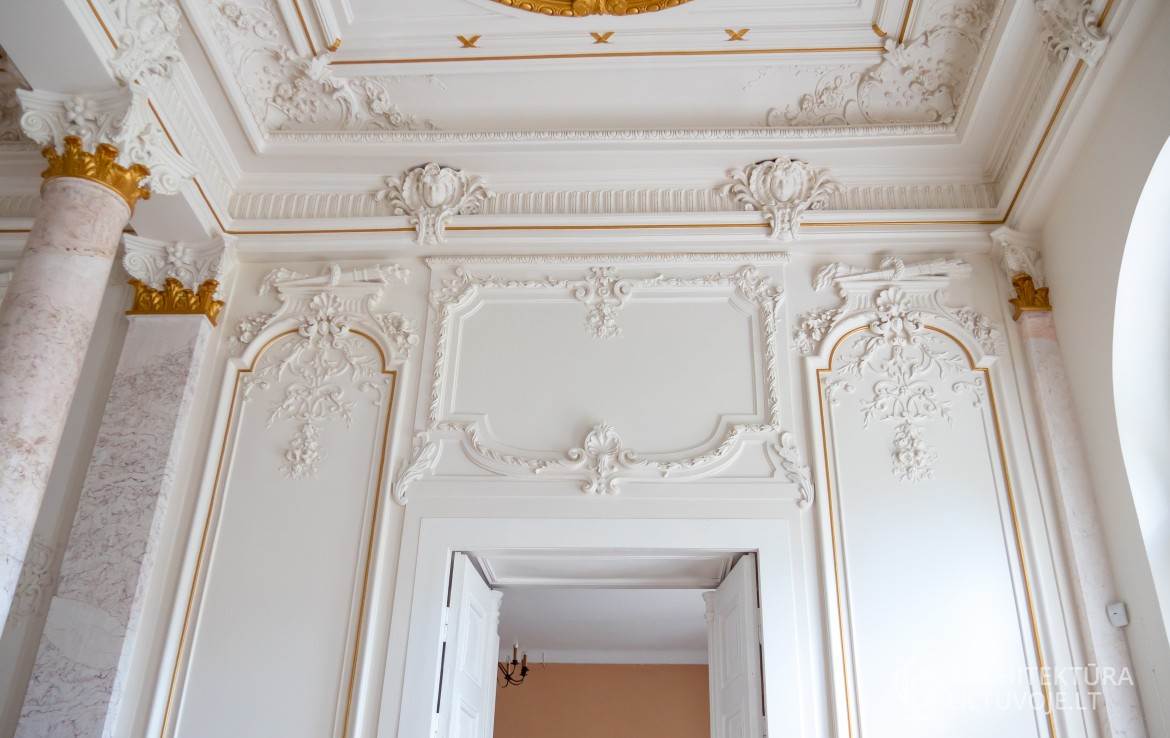 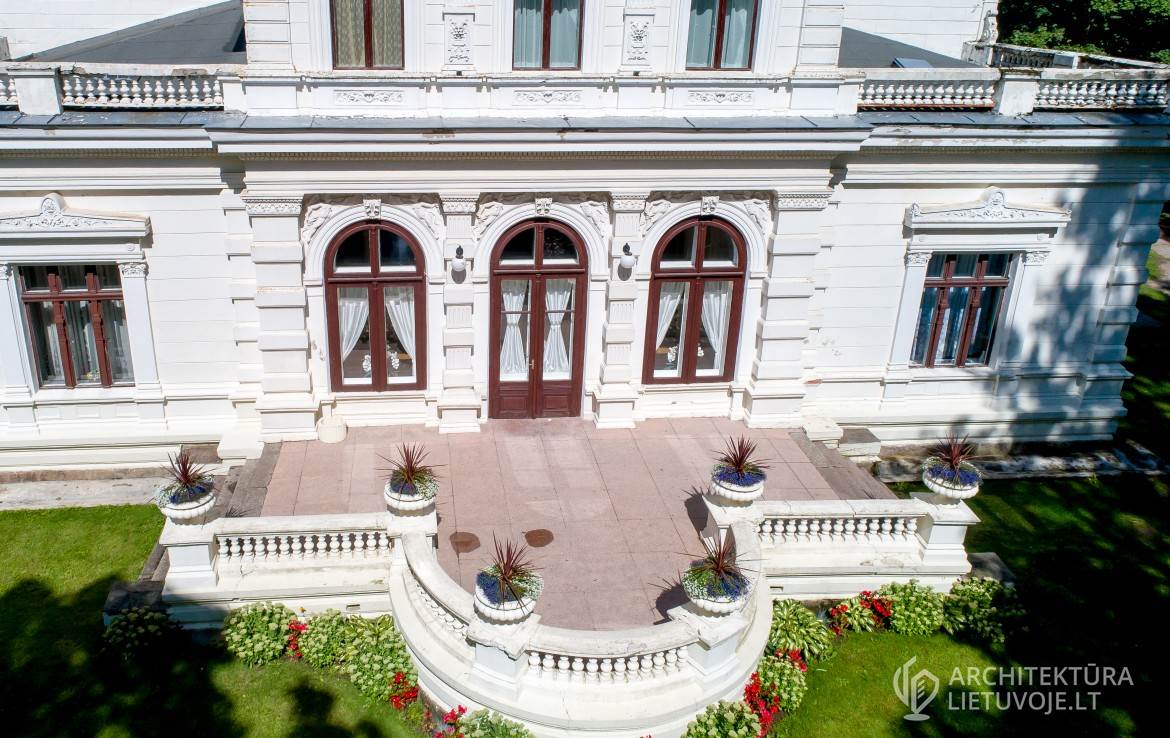 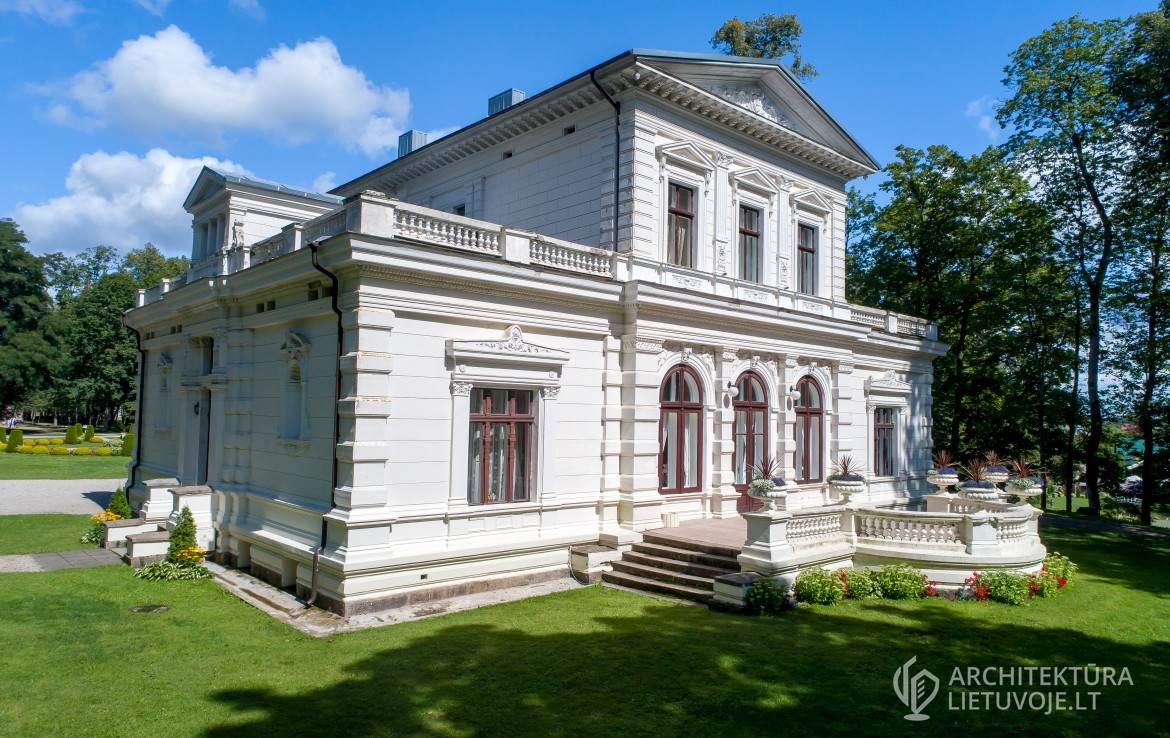 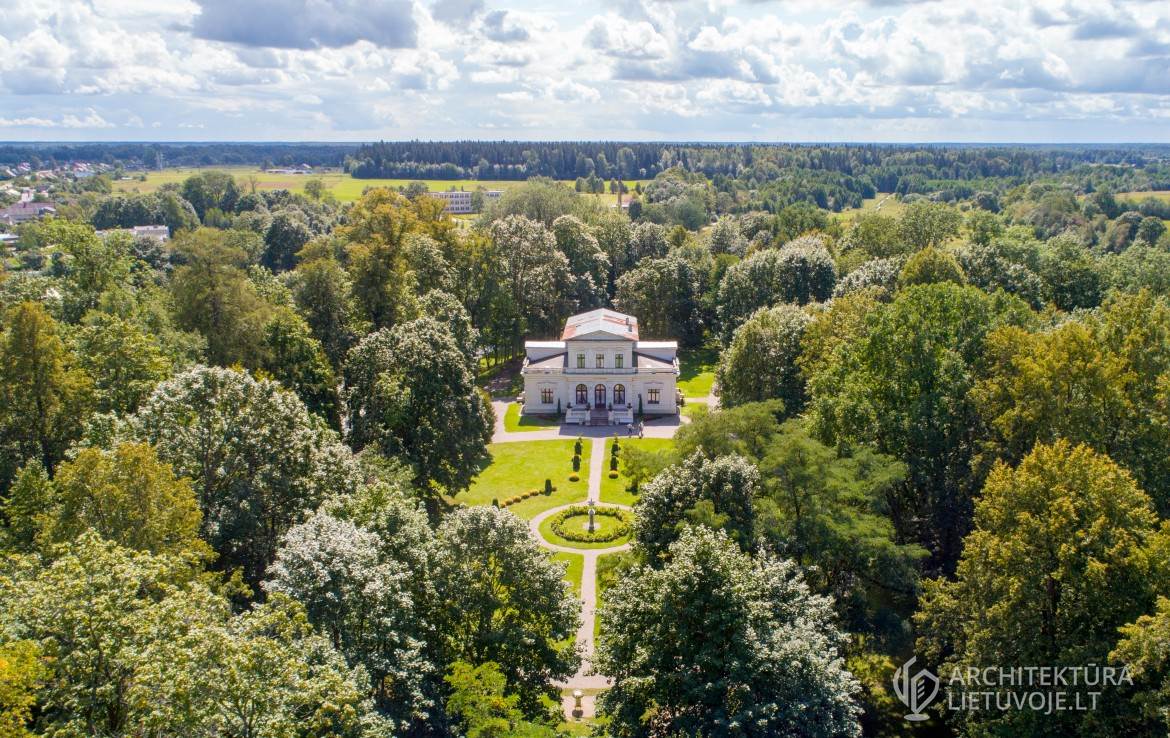 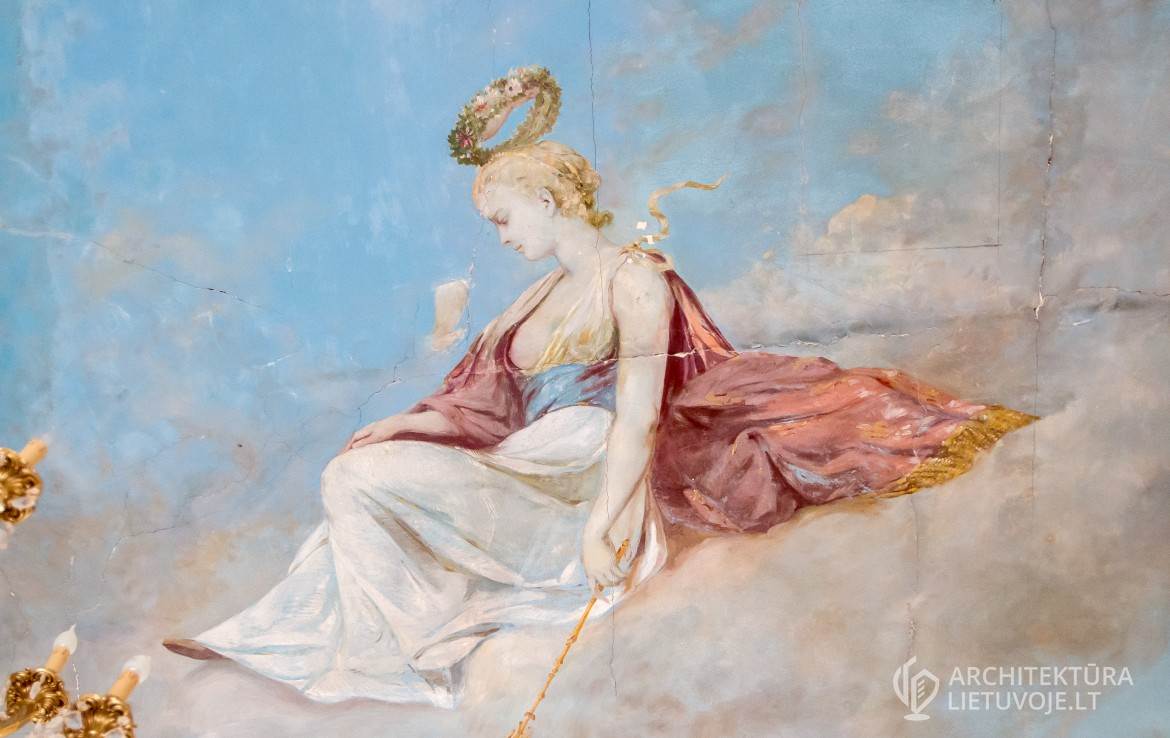 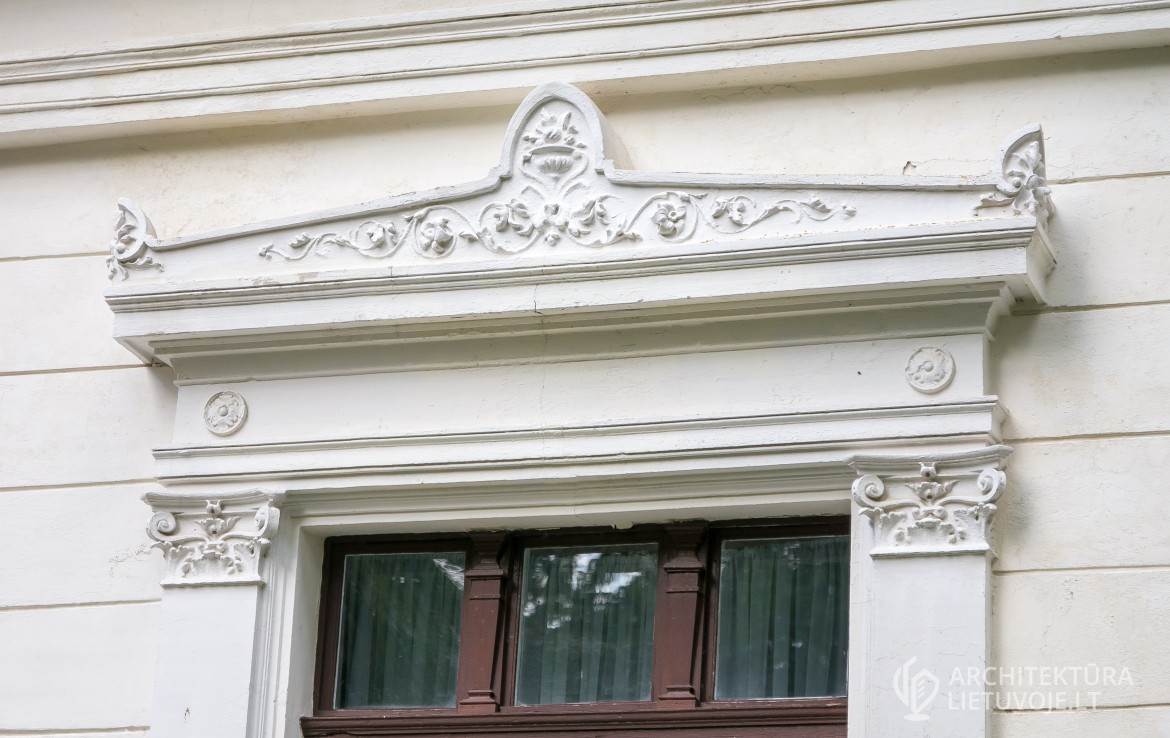 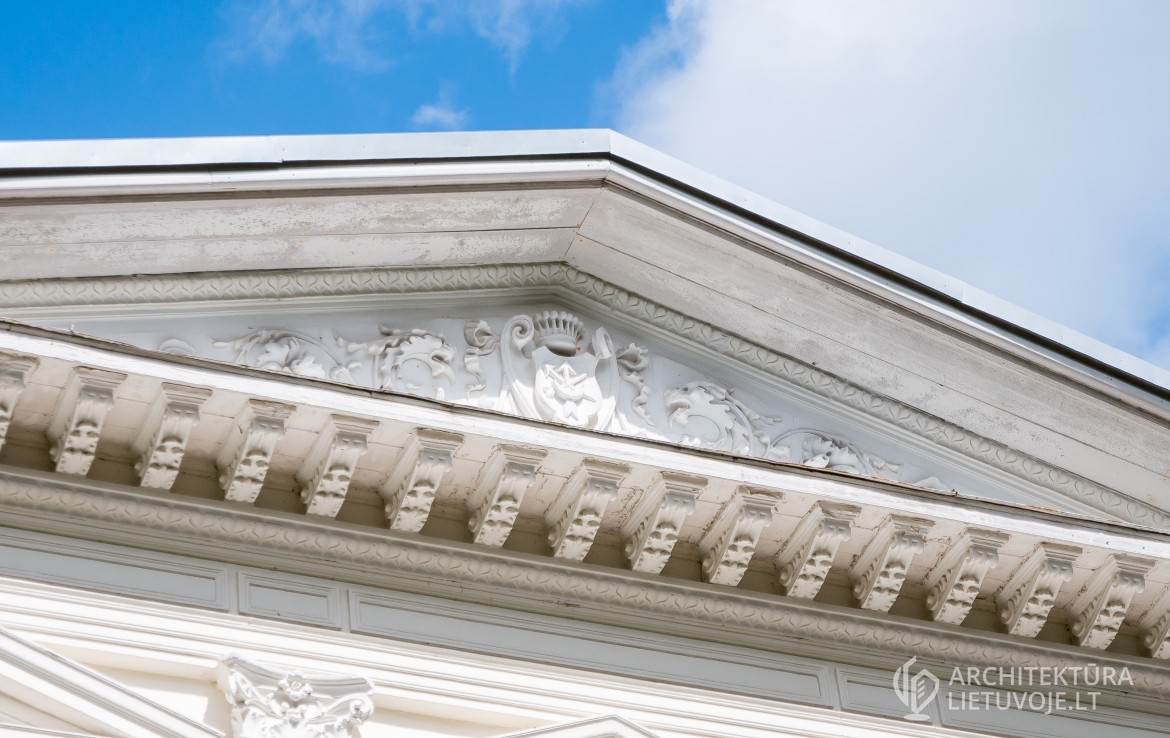 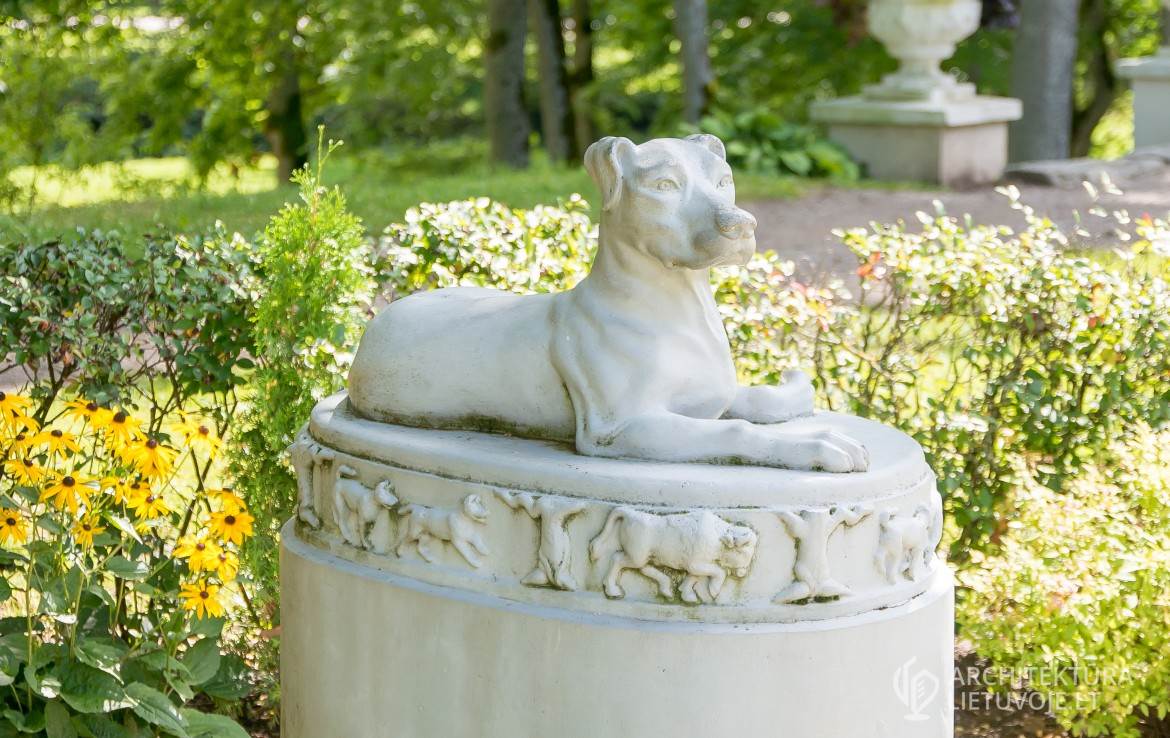 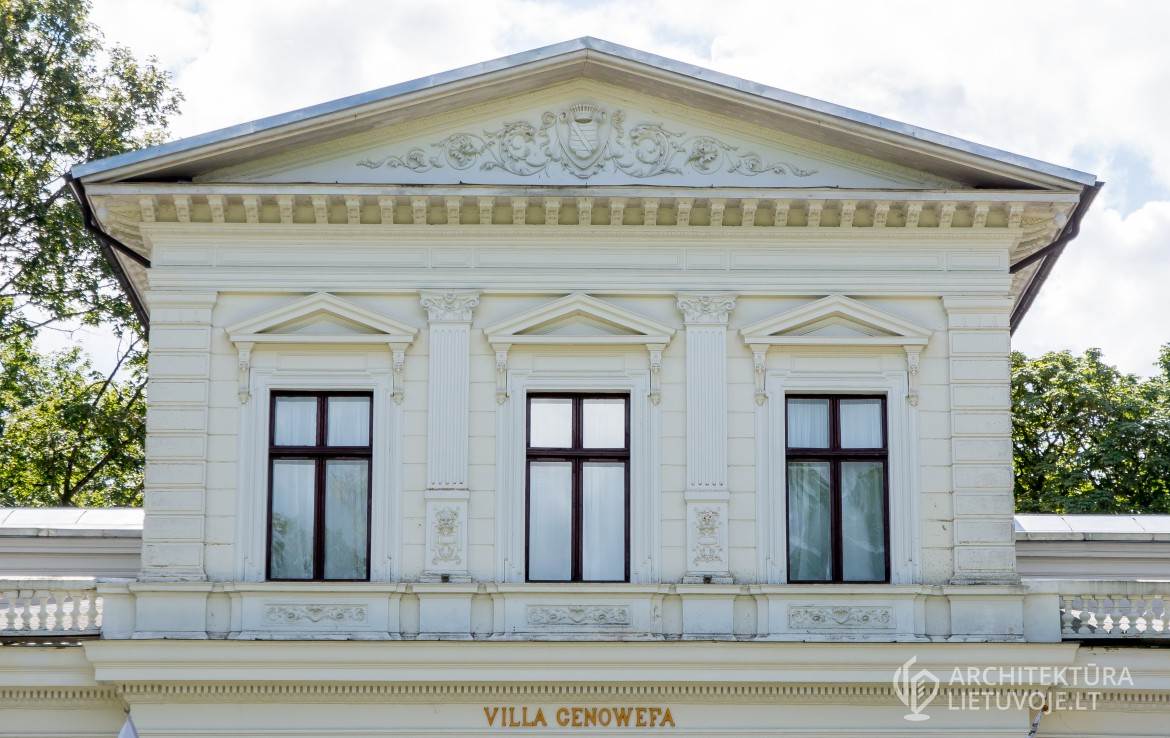 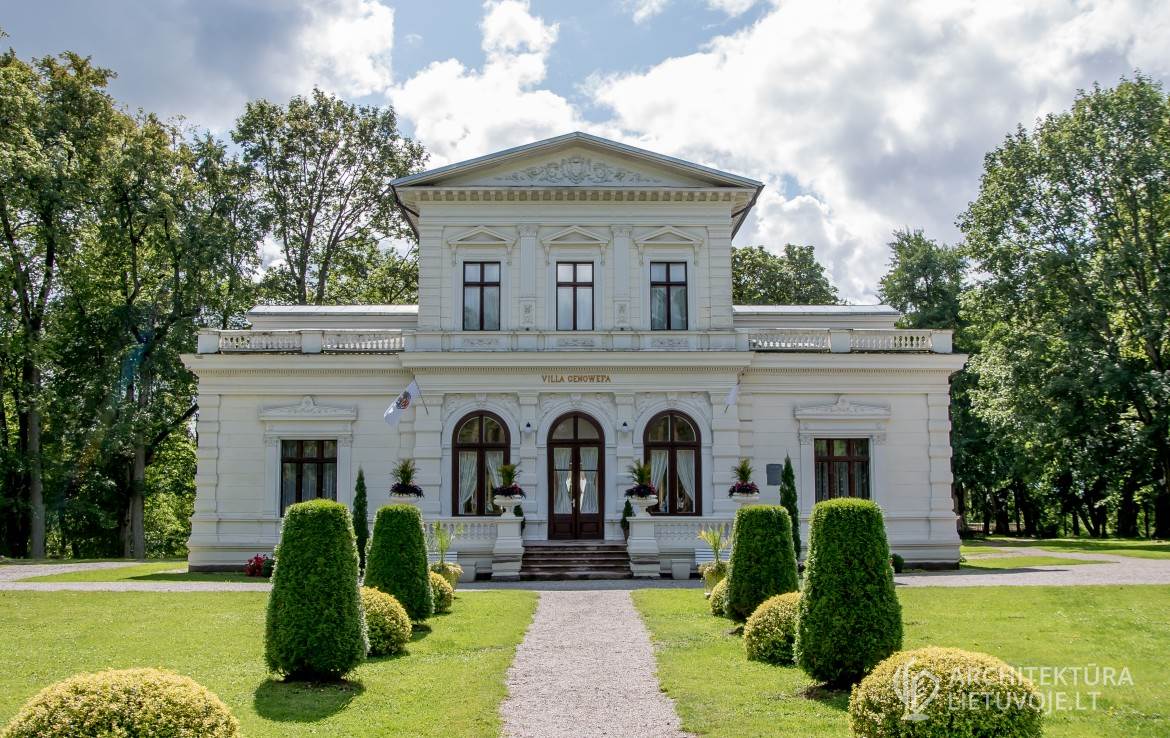 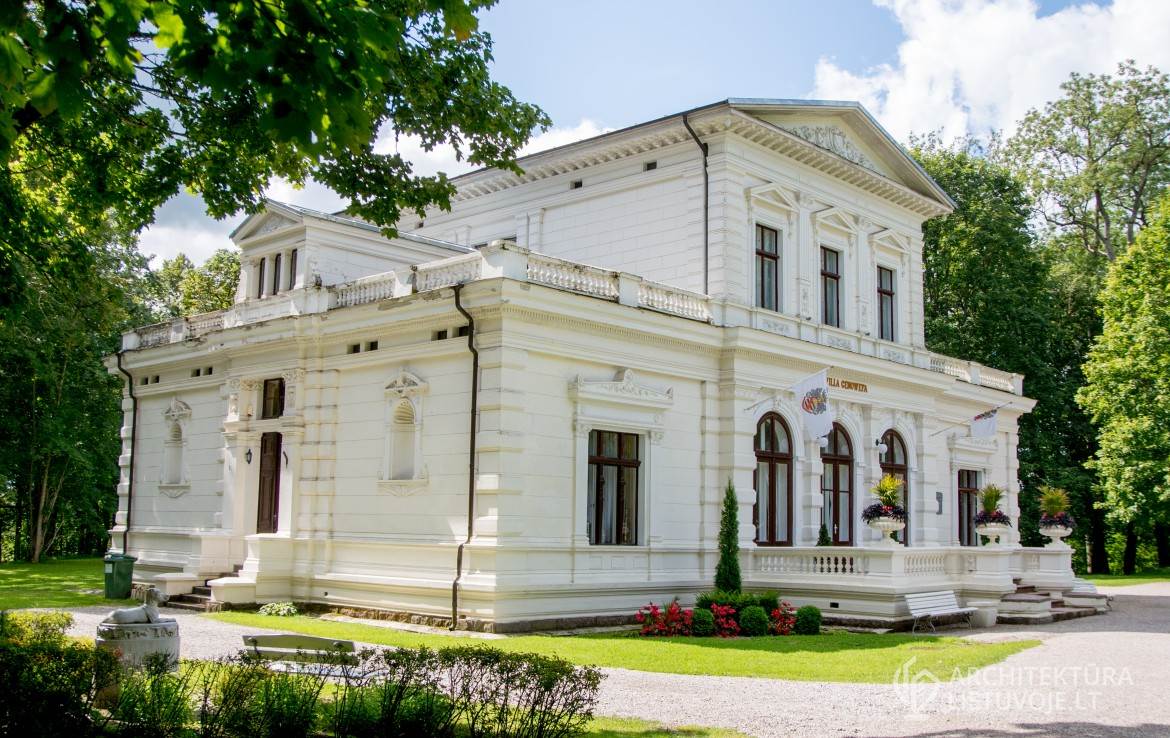