The twists and turns of the history of the Lithuania Minor led to the fact that we can find the whole collection of examples of the architecture of the variation of the German Art Nouveau, Jugendstil, in Klaipėda region. Although the largest as well as the most expressive buildings are situated in Klaipėda, the town of Šilutė also contains a great number of more modest buildings, though typical of the branch. The golden age of the town is marked by its rapid expansion, which took place at the beginning of the 20th century: during that time many reflections of popular architectural fashions of the time appeared here. One of them – Šilutė Post Office building built in 1909, which retained its function up until our days. The influence of the so-called “homeland style” which romanticised the traditional forms of the German regions is certainly felt here.

The building is comprised of several volumes. The façade of the greater two-storey part of the building is vertically divided into three segments: profiled cornices of broken forms replicating the forms of the roof complete the lateral ones on the top of them. These parts, reminiscent of the residential buildings of the ancient city dwellers, with their sides facing the street, are interconnected by a middle part which replicates the layout of a house the side of which faces the street. The symmetry of the building is broken by almost the most important accent – the greater and the smaller single-storey volumes are connected at the corner by a single-storey cylindrical turret covered with two-storey multi-edge roof. The main entrance with curved stairs and monumental portal, completed by a “split” pediment with sparse Jugendstil decoration elements, is situated here.

The interiors of the building, unfortunately, remained modest – in addition to some of the original layout and stairs, some parts of the building have authentic doors and floor tiles. Although the exterior of the building remained virtually unchanged since its construction, a small element of the aesthetics typical of that time has been lost: the decorative shutters surrounding the windows of the central part of the main façade. 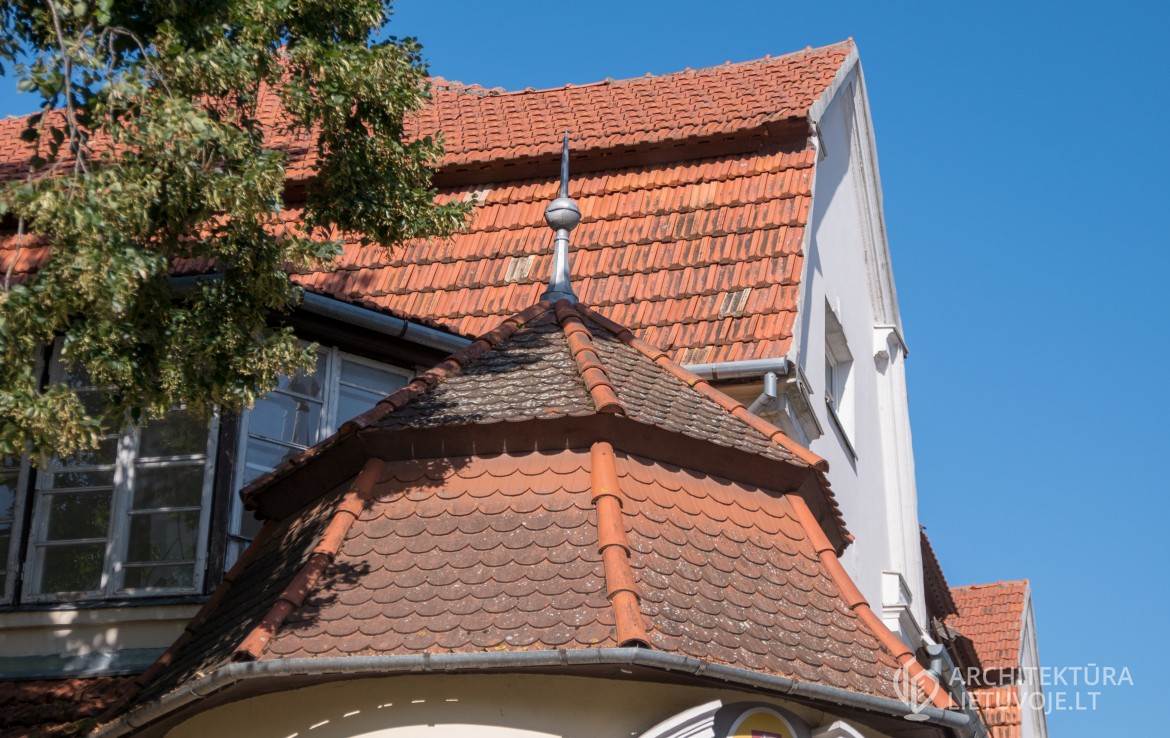 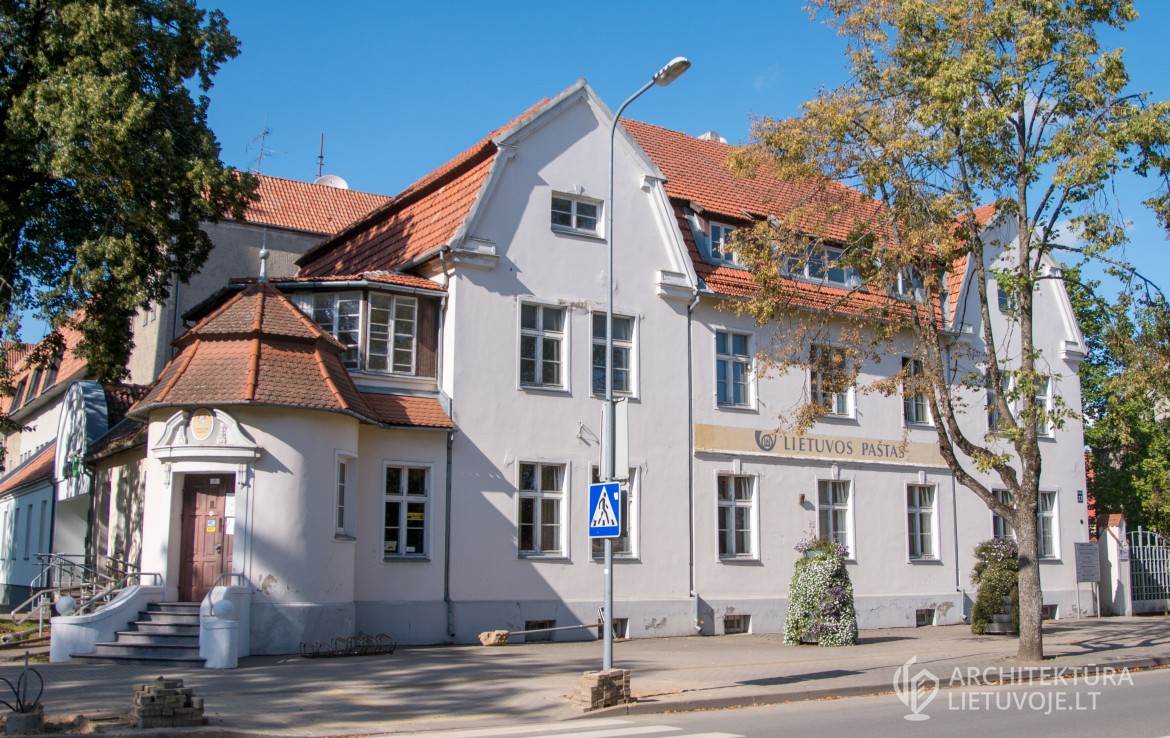 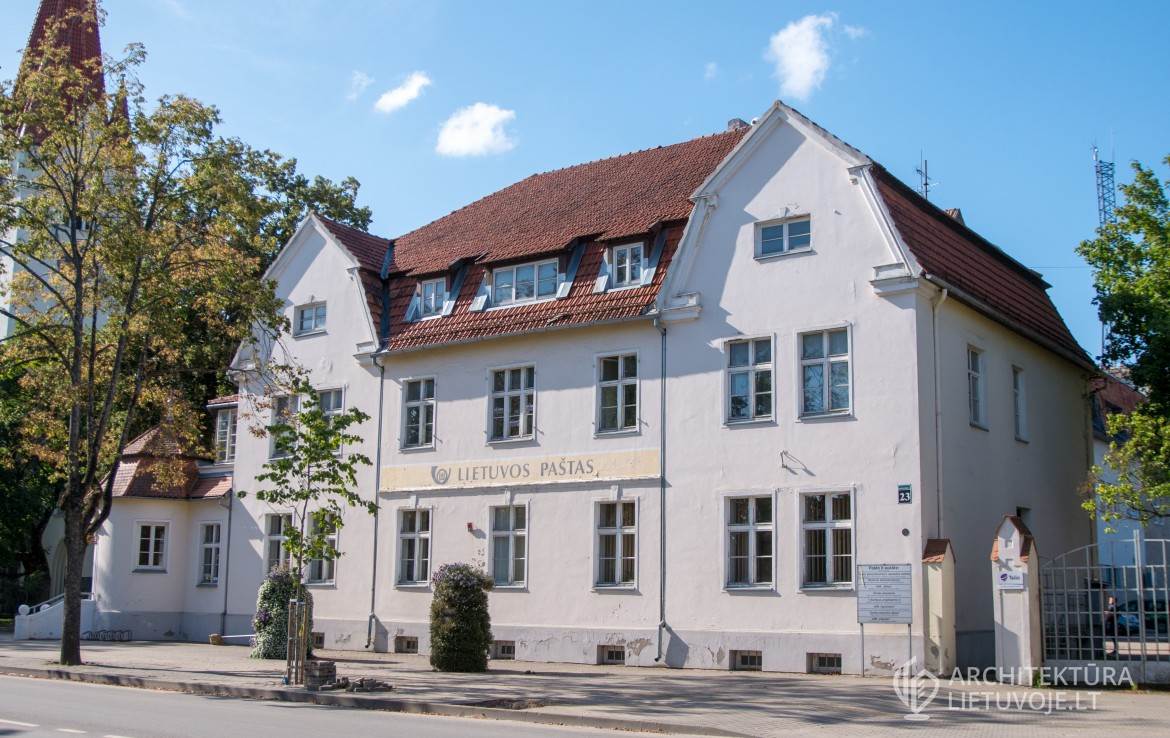 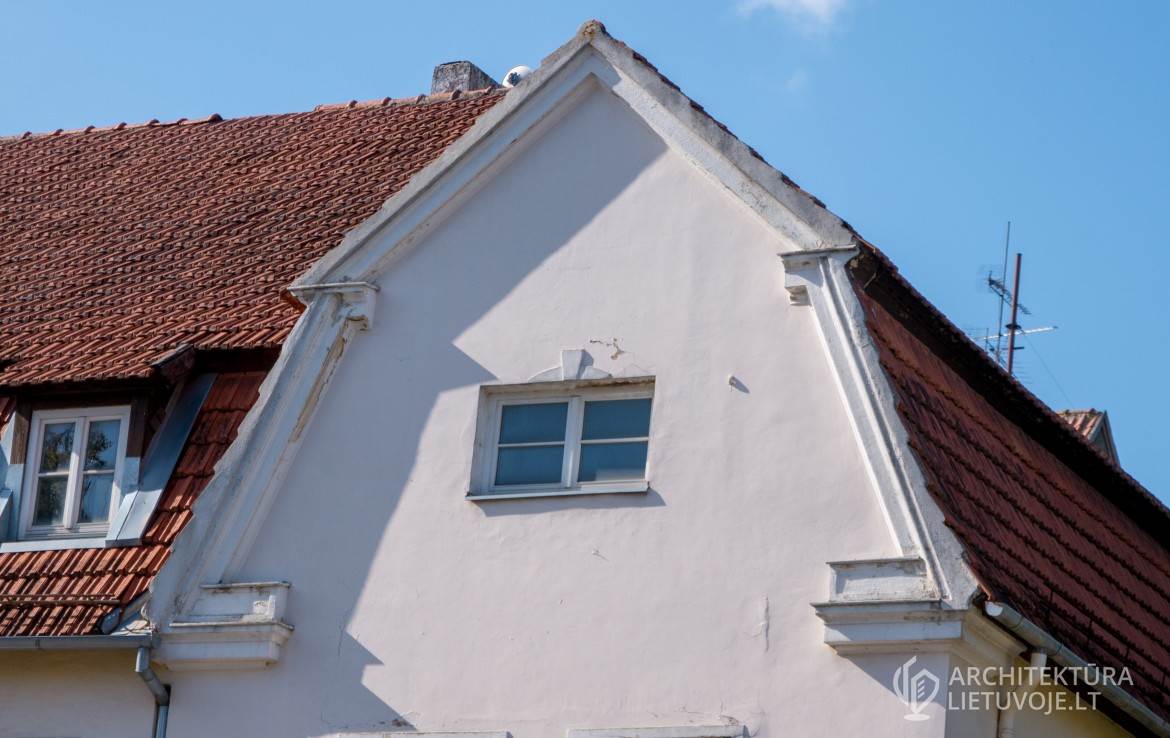 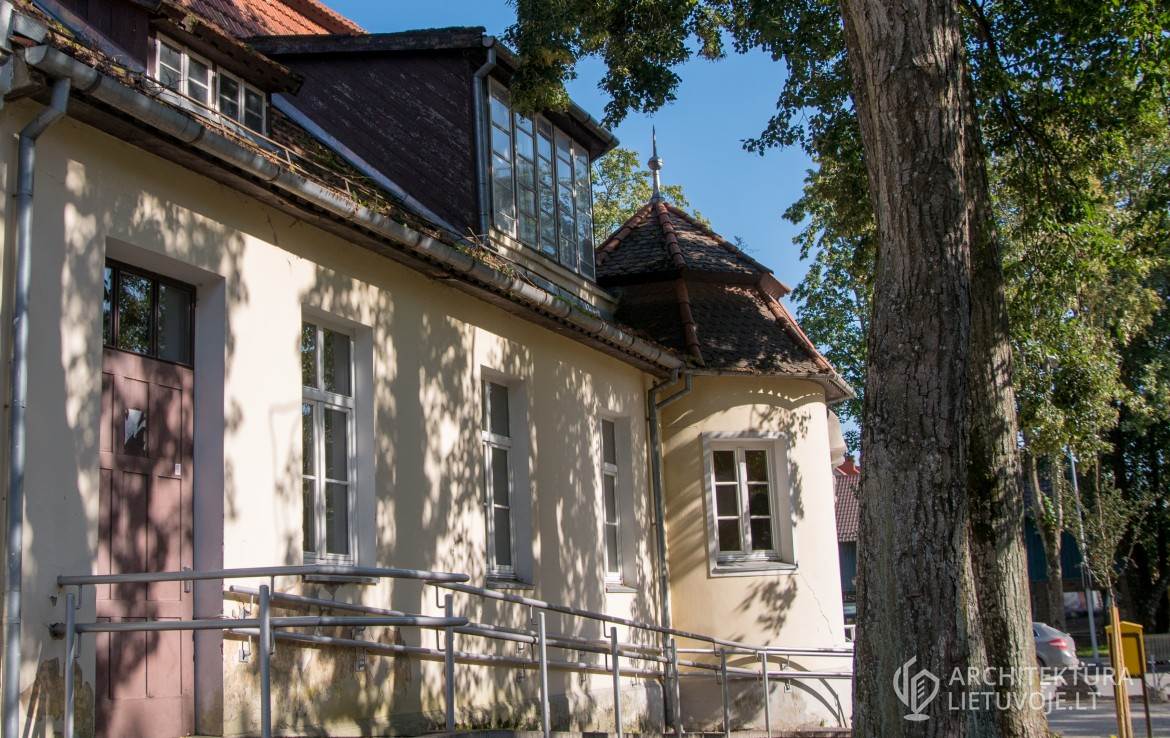 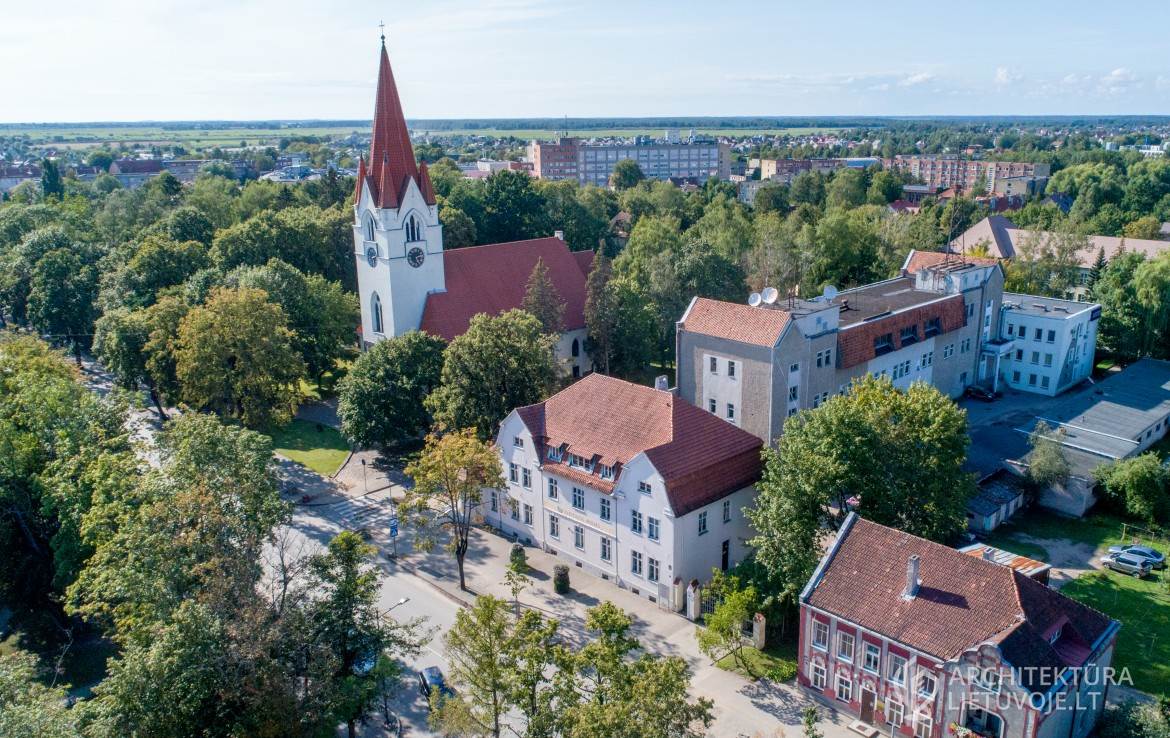 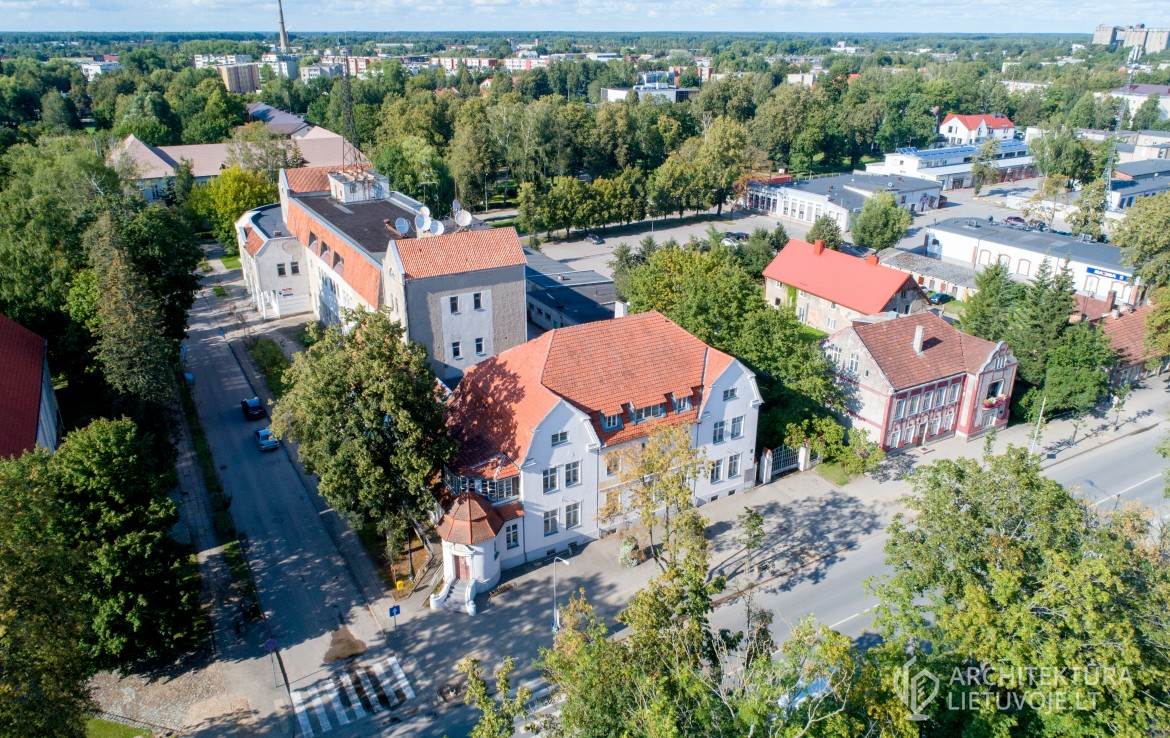 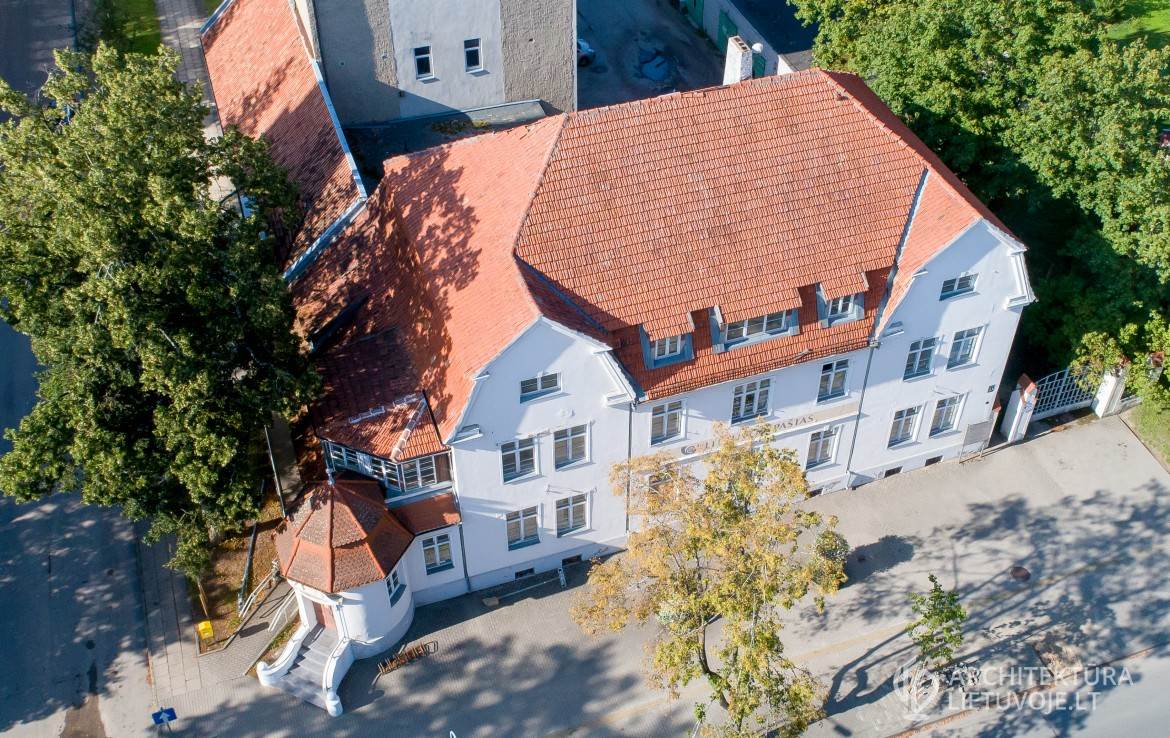 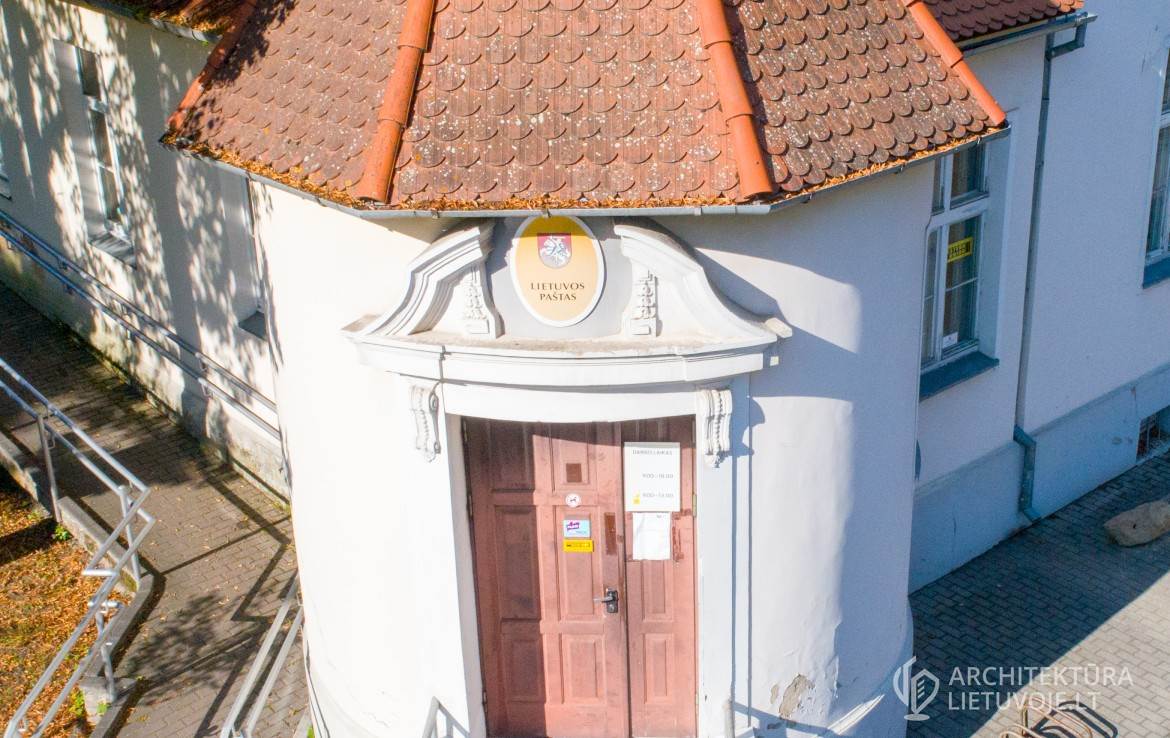 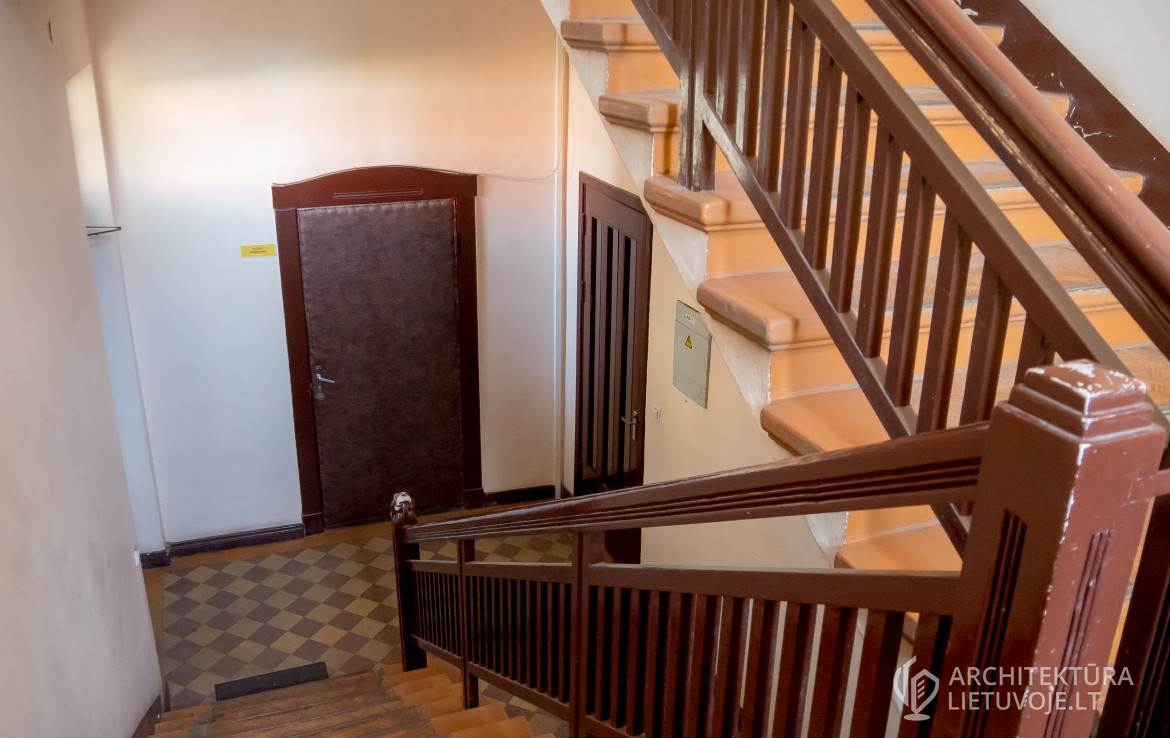 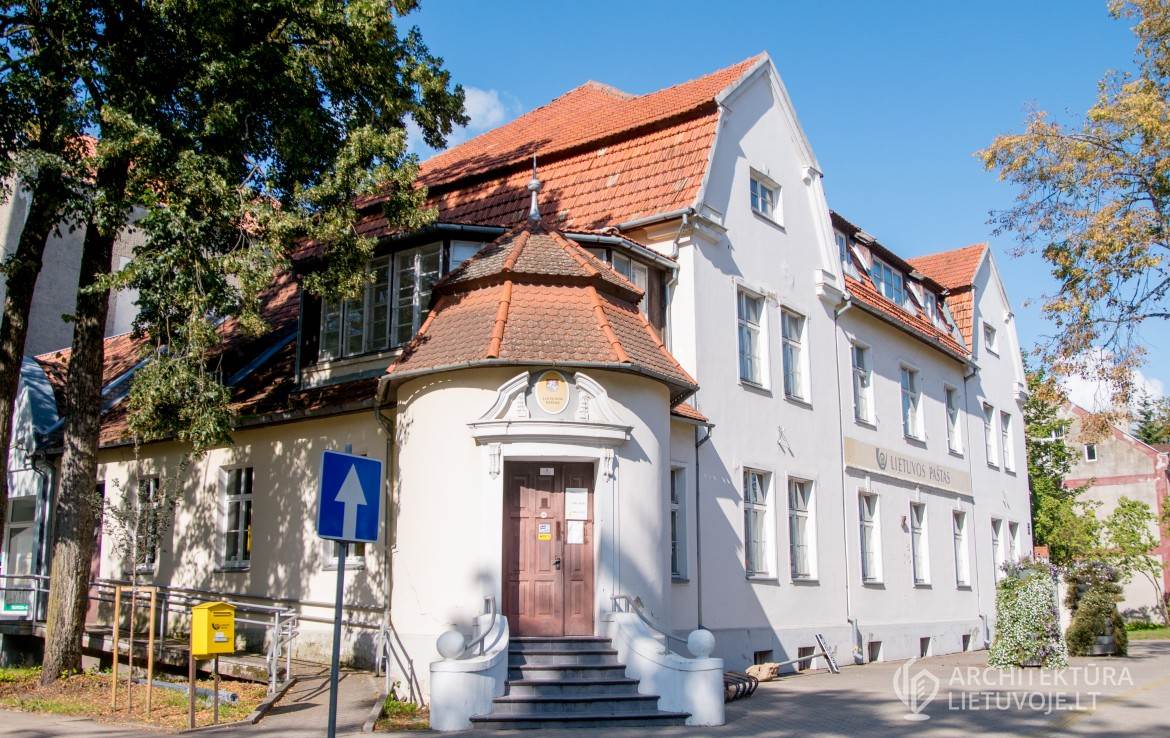 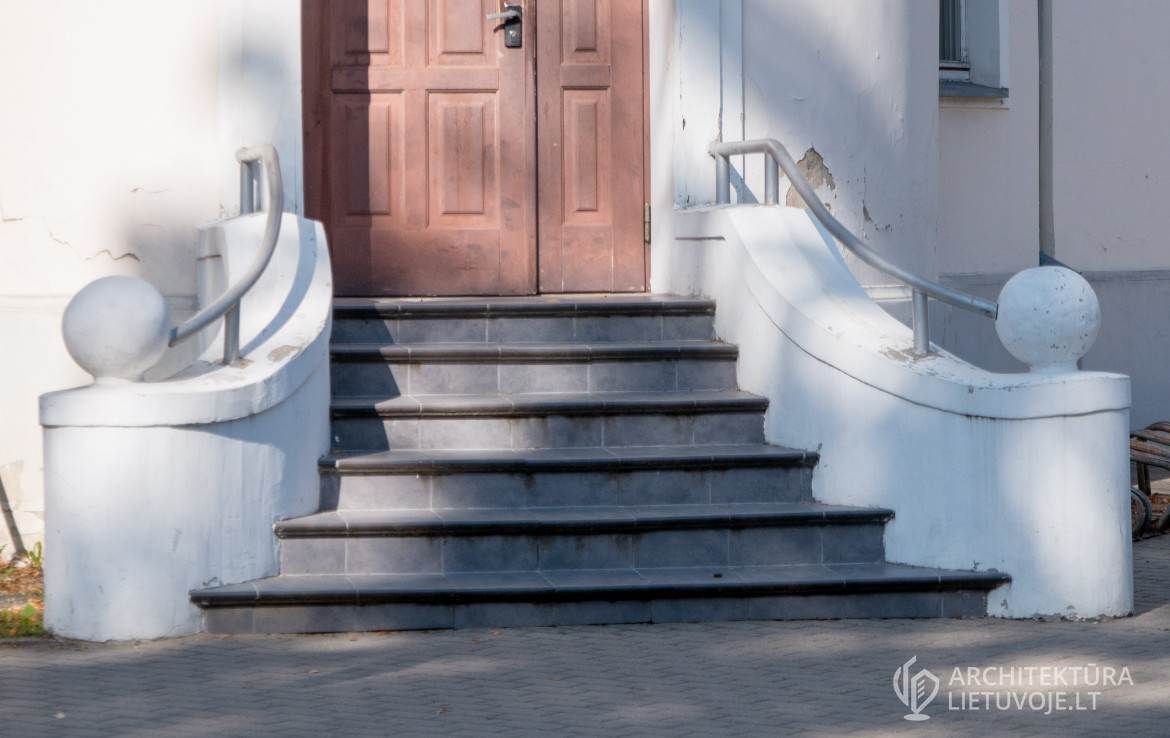