All Saints Chapel in Plungė Cemetery

All Saints Chapel in Plungė Cemetery

In 1858, in the cemetery of Plungė town, a chapel was built on the initiative of the Zubovai, Manor owners, who partly founded the construction. The architecture of the building shows Romanticism tendencies, intertwined with the stylistic heritage of Classicism period. The chapel was abandoned for a long time and the burials were devastated. All interior pieces have gone. The altars seen today appear to be from the old church of Plungė. Today, the chapel, although having been put in order, rarely opens its doors. The foundation part of the brick masonry is extended in the upper part by extremely high basement, comprising a separate tier of the facade. The facades are divided by the pilasters, while the small arcade of rounded forms set up in the frieze band as if reiterates the form of windows and niches. On the front facade, in the middle tier, a niche, much wider, is integrated, where a balcony is fitted.

Above the irregular triangular pediment, having a convex small cornice and a rounded window, a tower of two tiers of different forms rises. If the first tier, in square form, is separated on the top by a large cornice, the octagonal part is finely divided by small niches and ends with a fine cornice having dentils. A slightly smaller, single-tier, tower is set up at the rear part of the main volume. At the rear, the chapel ends with the rounded apse. The inner space is single-nave, rectangular in plan – at the rear, a convex space of the apse is integrated into it, while the narthex is separated by pilasters of large forms and choir balcony, held by the arches joining them. An integrated into the wall confessional of large proportions, with a recessed wall mount, has survived too. 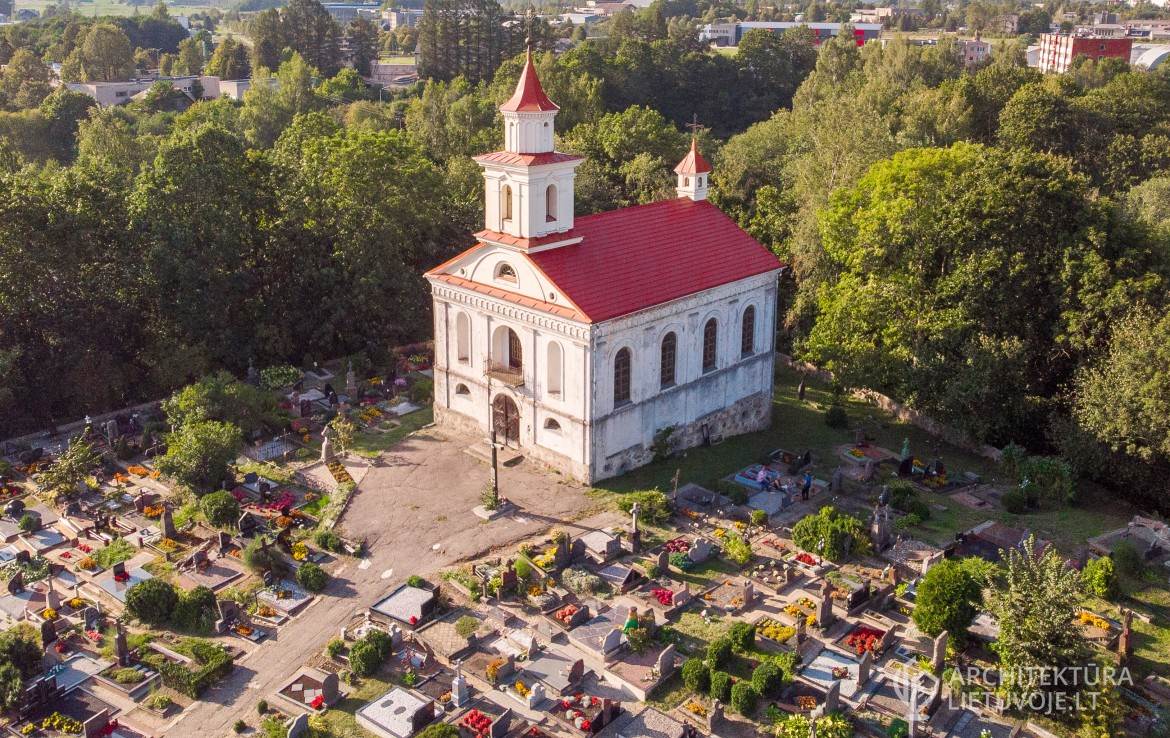 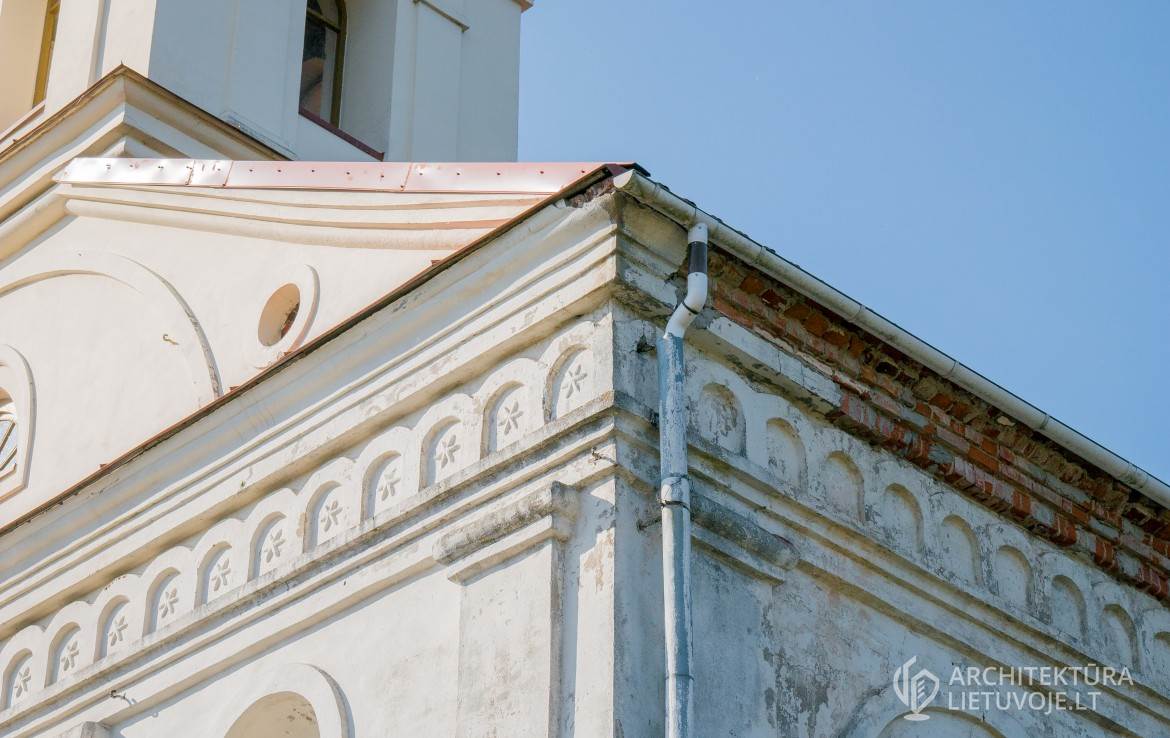 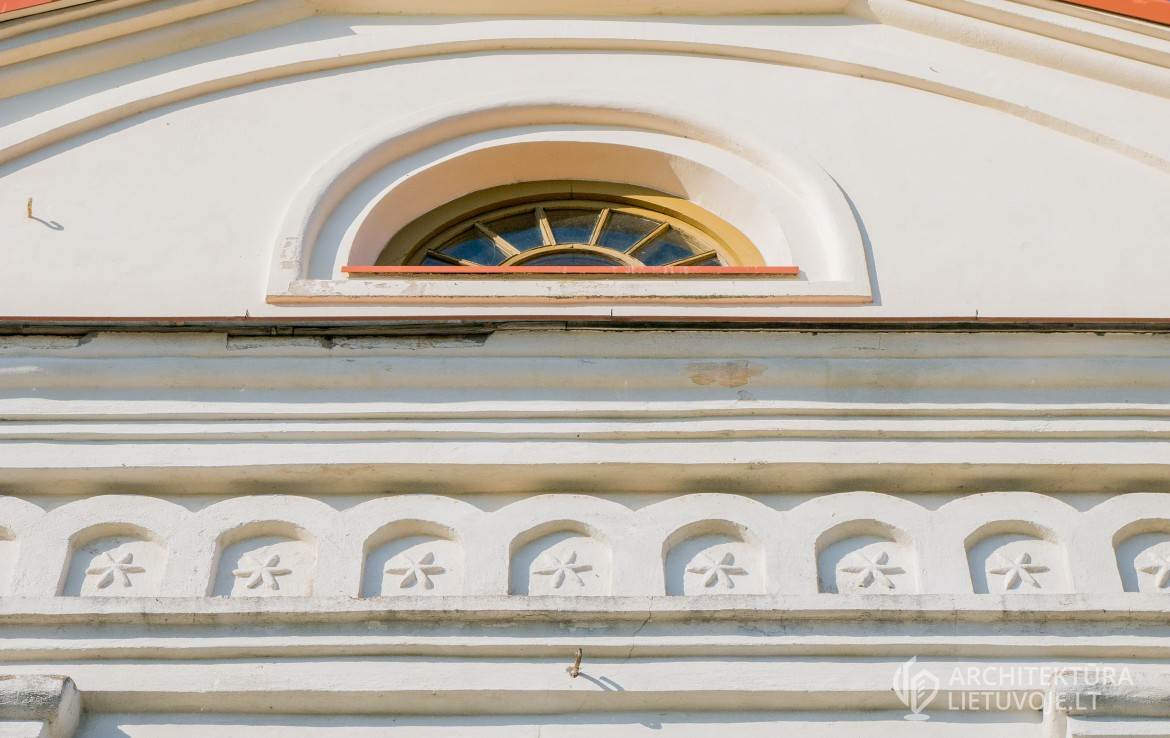 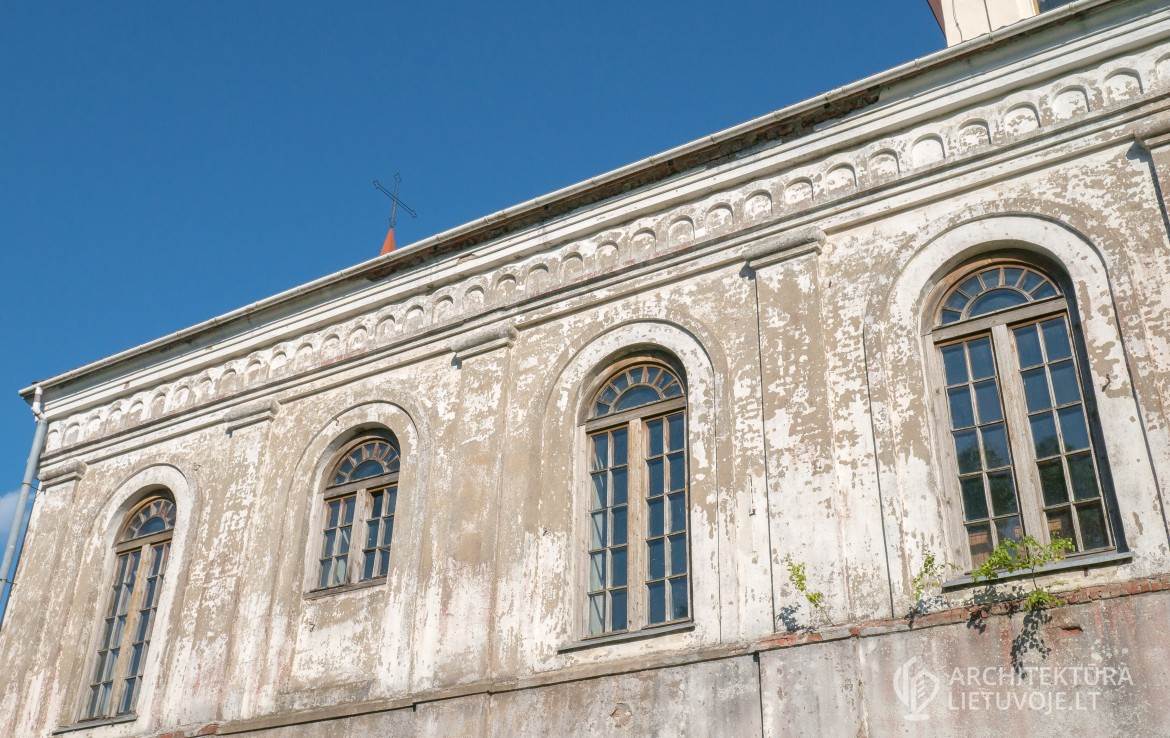 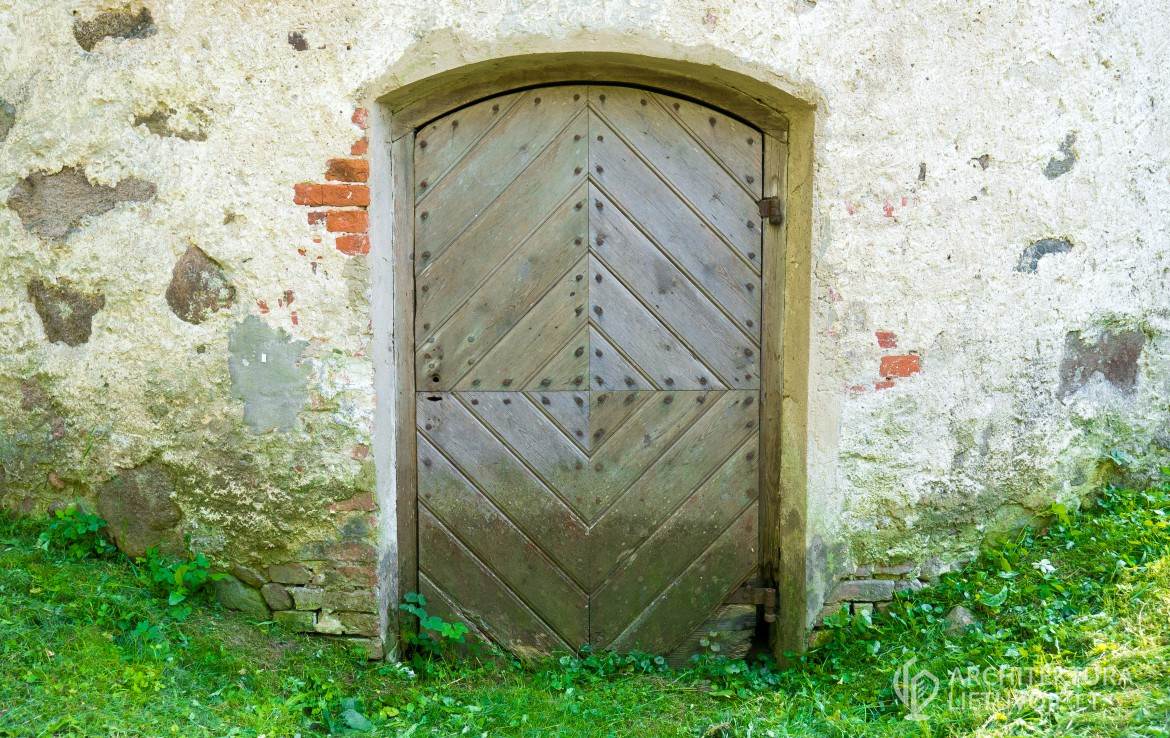 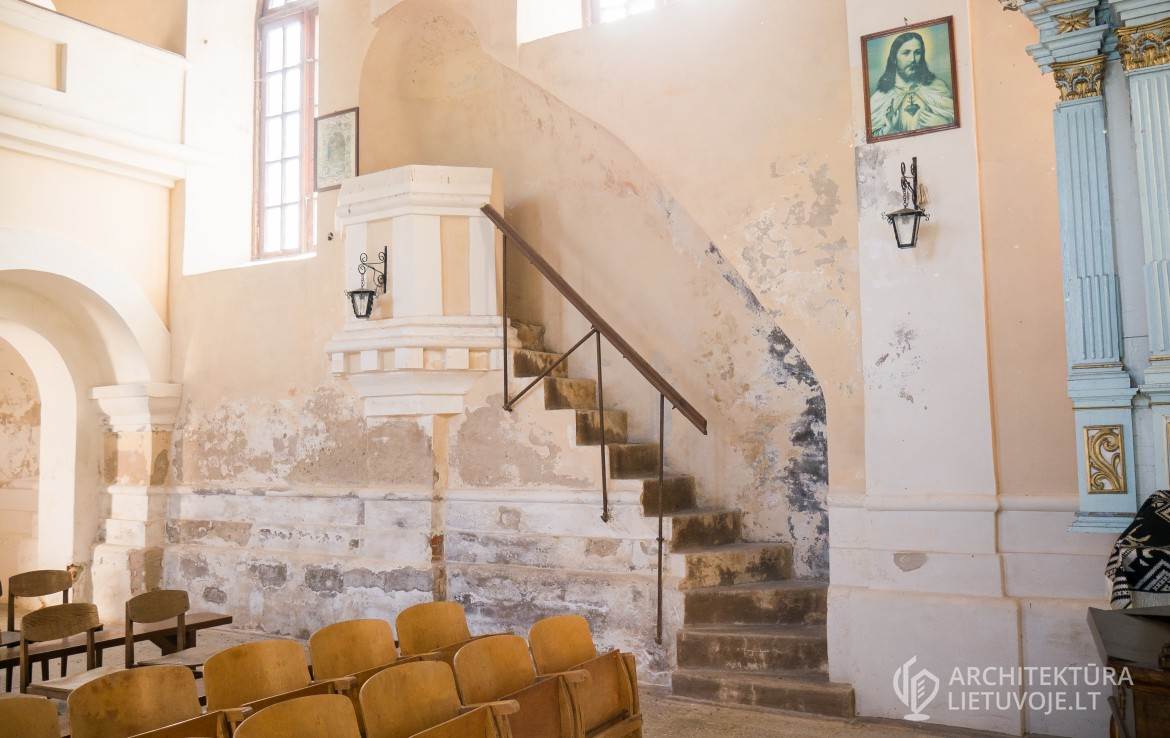 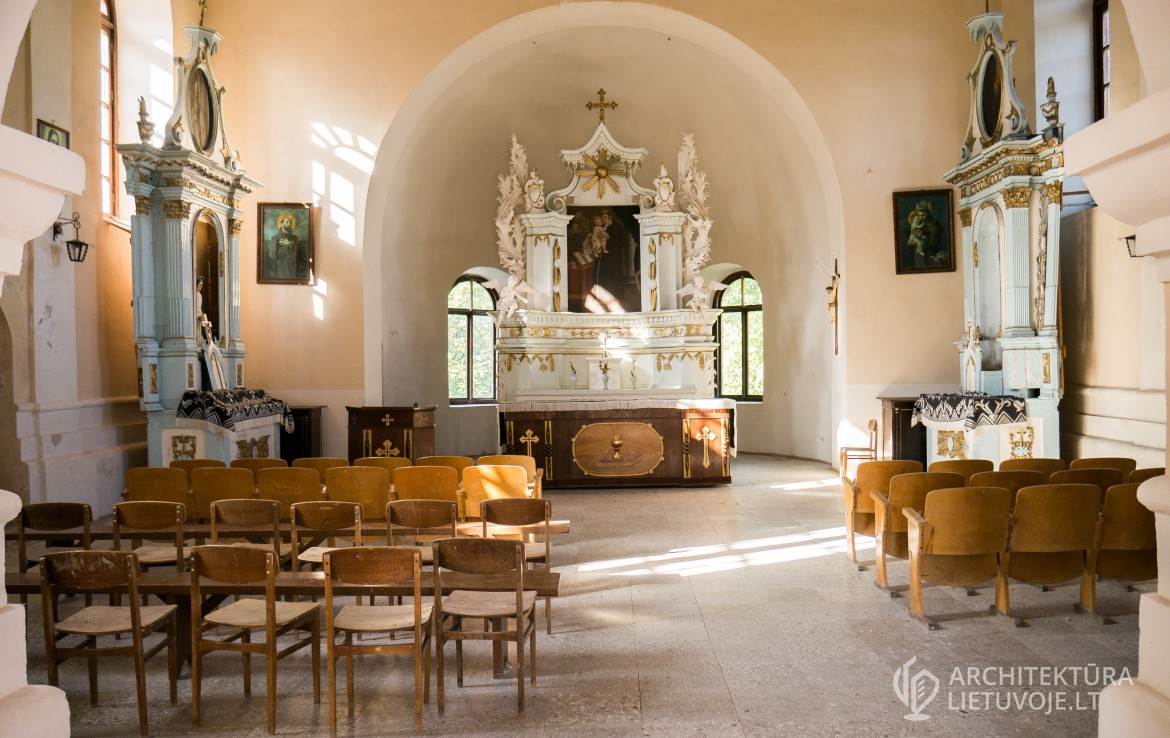 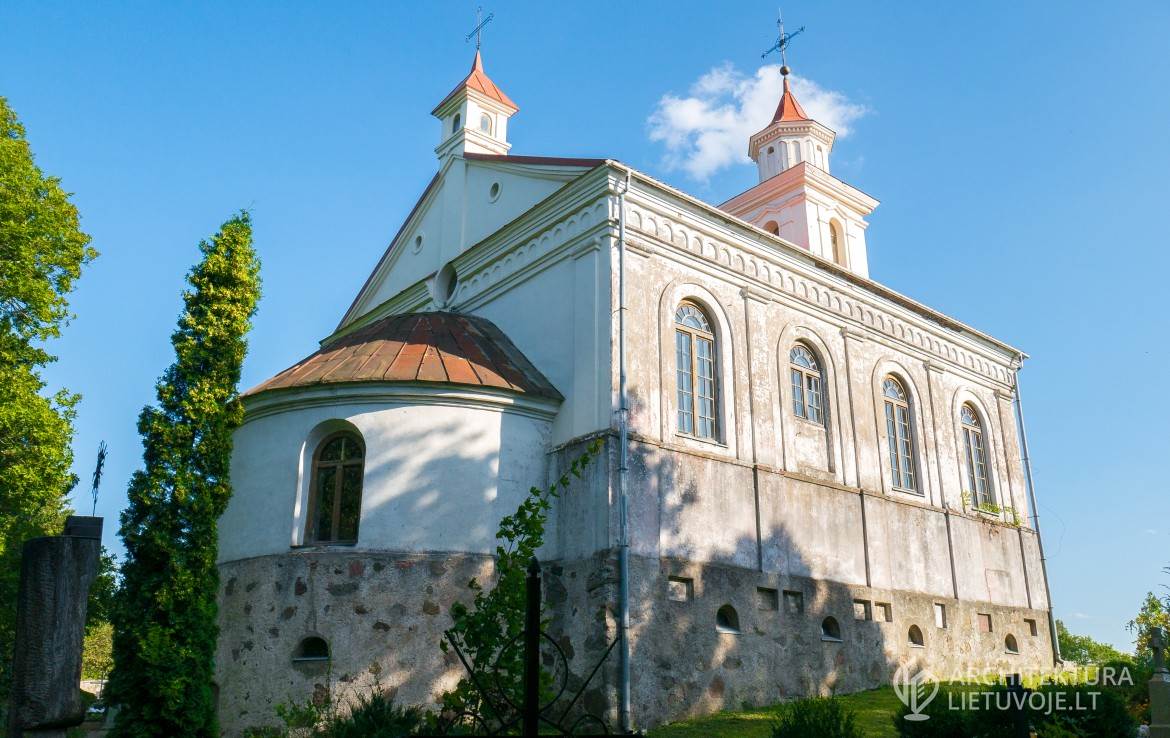 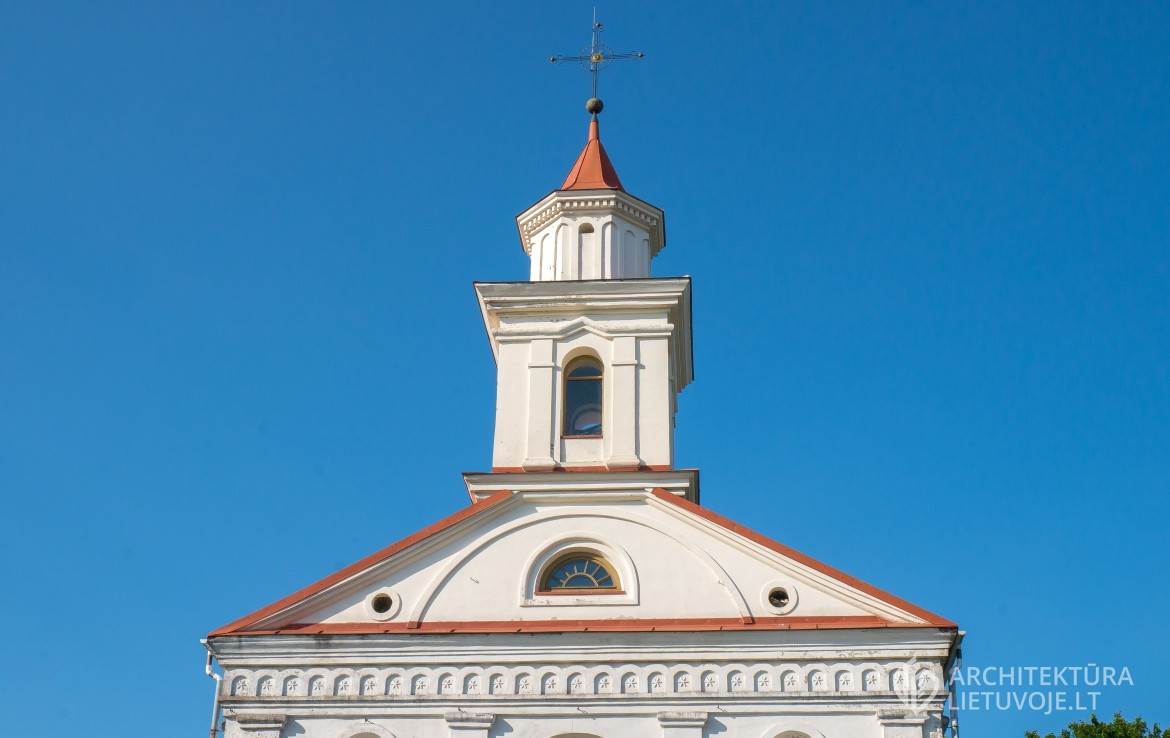 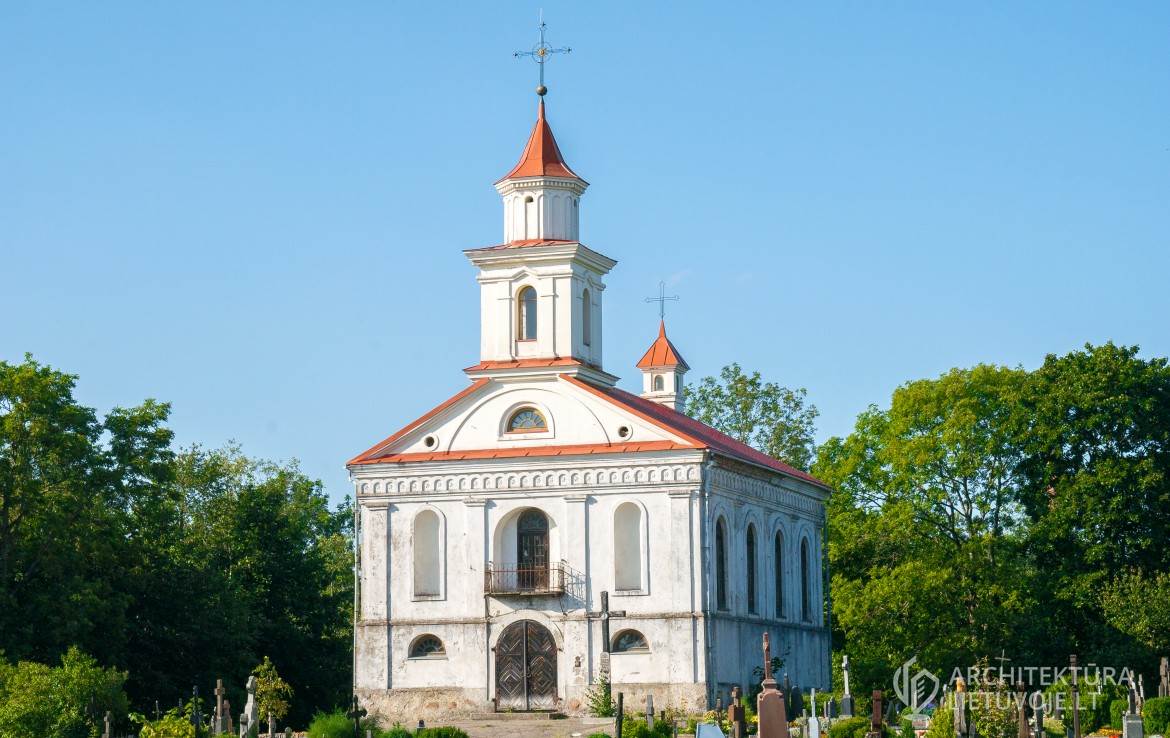