Dūkštas Manor, known from the 16th century, was owned by different landlords – the appearance of its buildings changed over time. The Dūkštas Manor House, which was built in the 18th century, acquired its present appearance in the first half of the 19th century, when the Manor was owned by the Beganskiai family. A building, sitting on the picturesque bank of the Parsvėtas, represents the forms of late Classicism, which most expressly are seen in the main, north facade. In the single-storeyed structure, a central avant-corps with a mezzanine dominates, in front of which – a tall portal supported by Tuscan Order columns is. Side avant-corpses are slightly wider, with the bossage-clad ledges, emphasizing the corners. In the facade composition, quite highlighted are triangular pediments of all three avant-corpses – in the larger, lateral, ones, oval small windows are integrated, the cornices of which are profiled. In the pediment of the portal, one sees quite more monumental forms, conveyed via large entablature and a seamless pediment cornice, supported by modillions. The southern facade is much more modest, of a seamless plane, emphasized by the horizontal cornices and bossage-clad edges only. In its expression, a great role is paid by field stone basement, which is quite higher due to relief conditions here and is passing to a terrace with the stairs next to the central part. Although the interior as well as part of the planning deteriorated during different further reconstructions, the inside elements survived, they, together with the facades of the Manor, were reconstructed in the second decade of the 21st century. 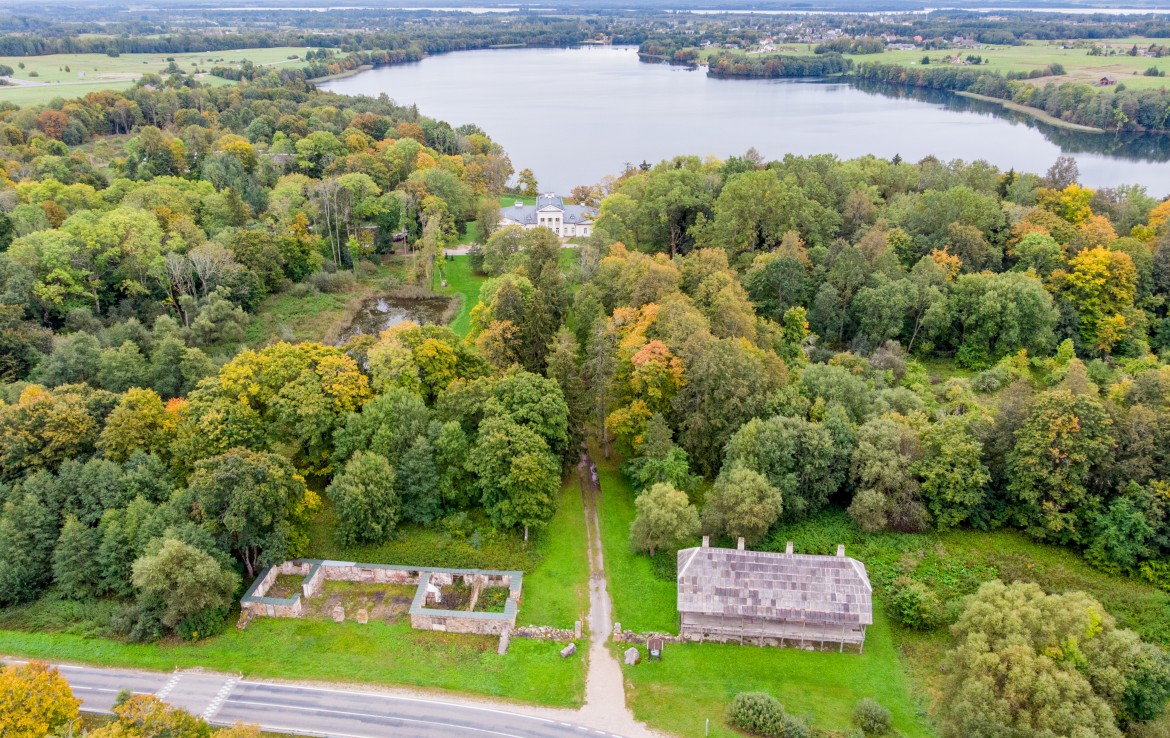 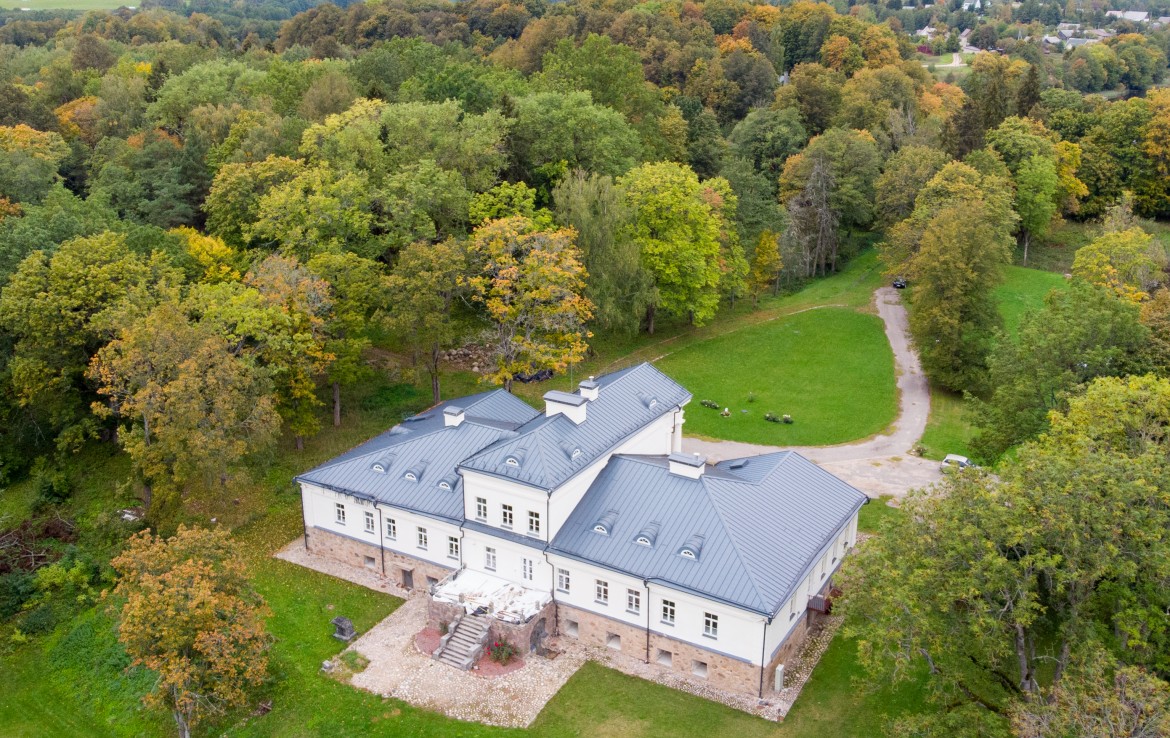 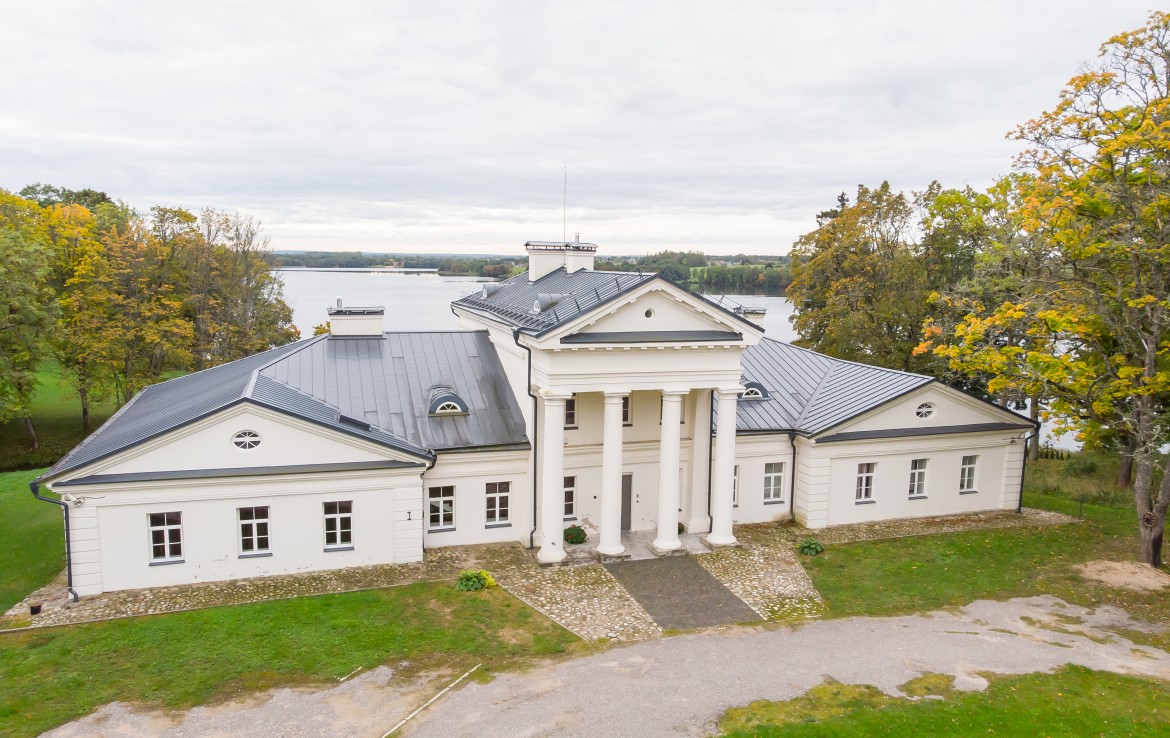 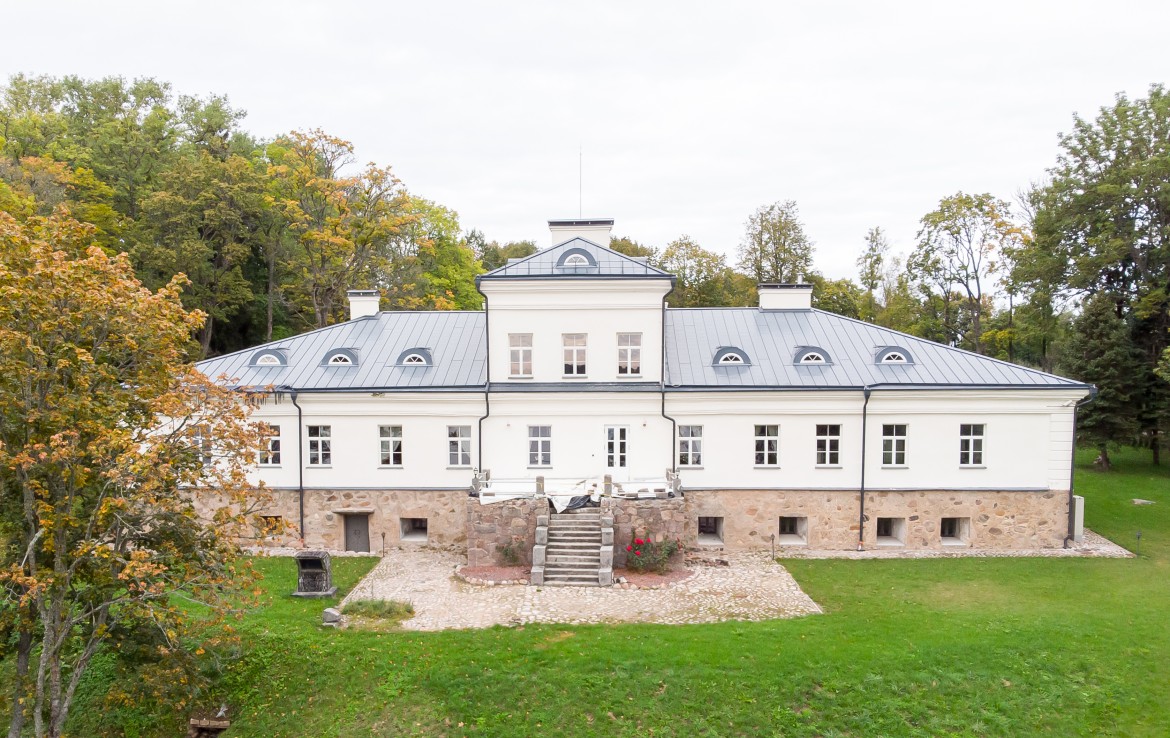 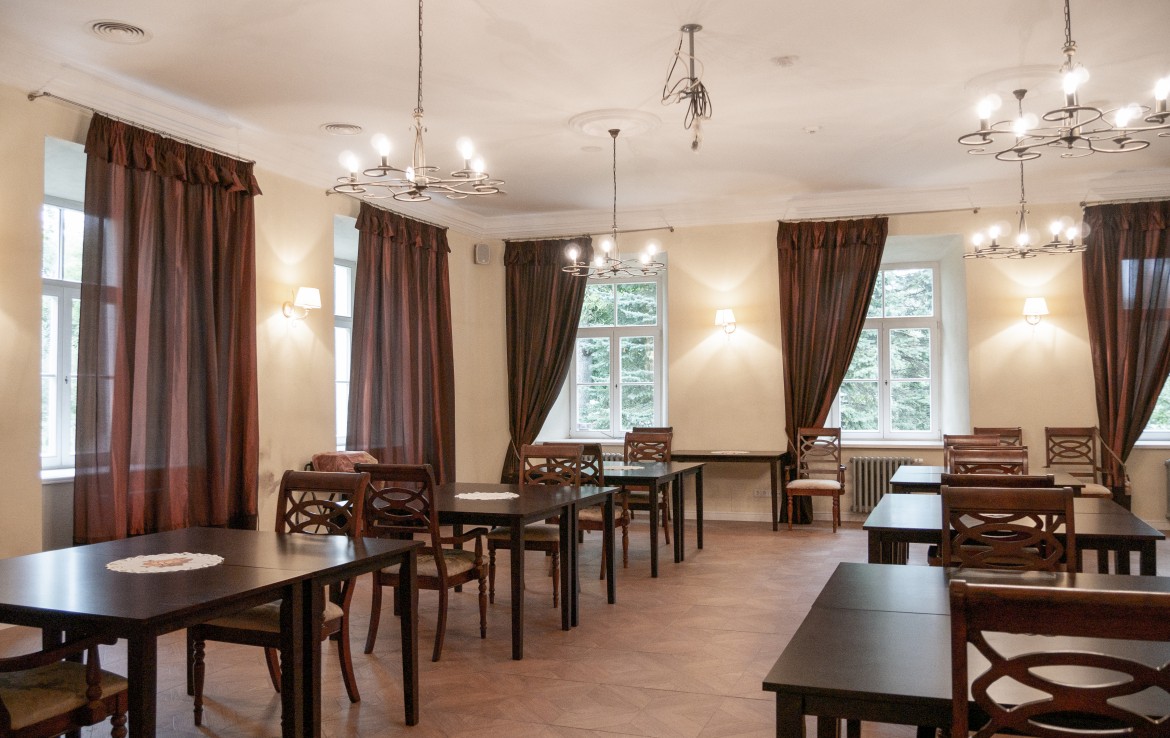 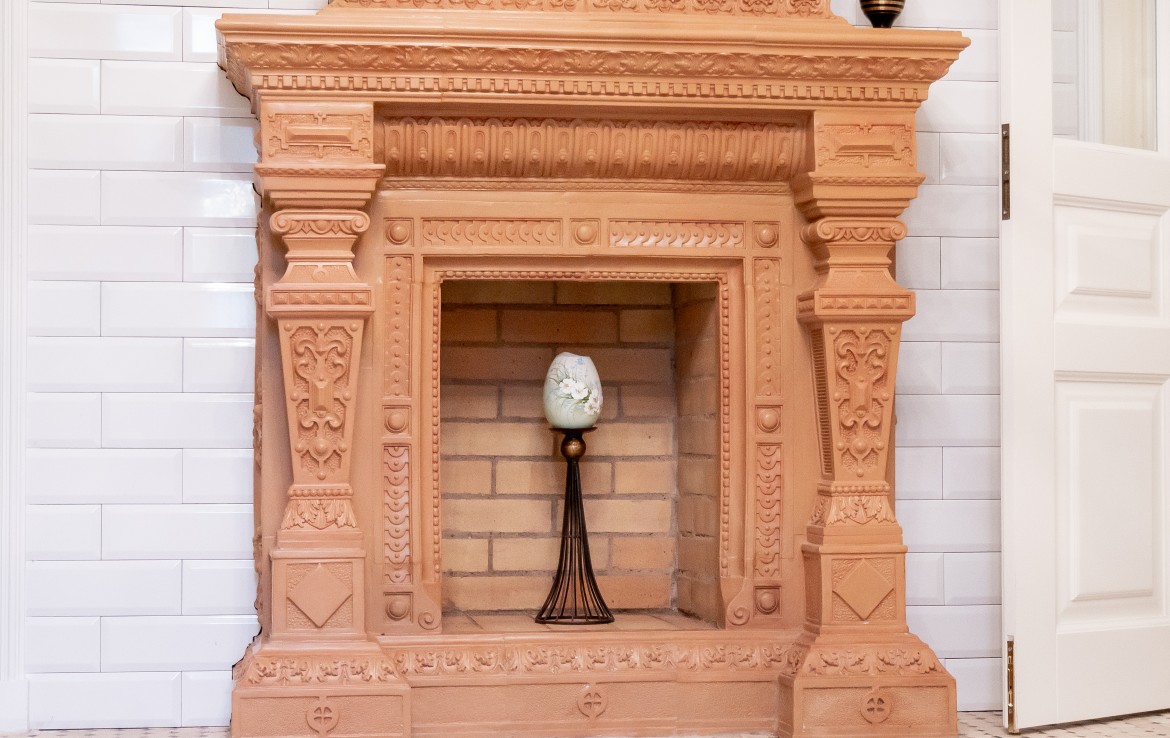 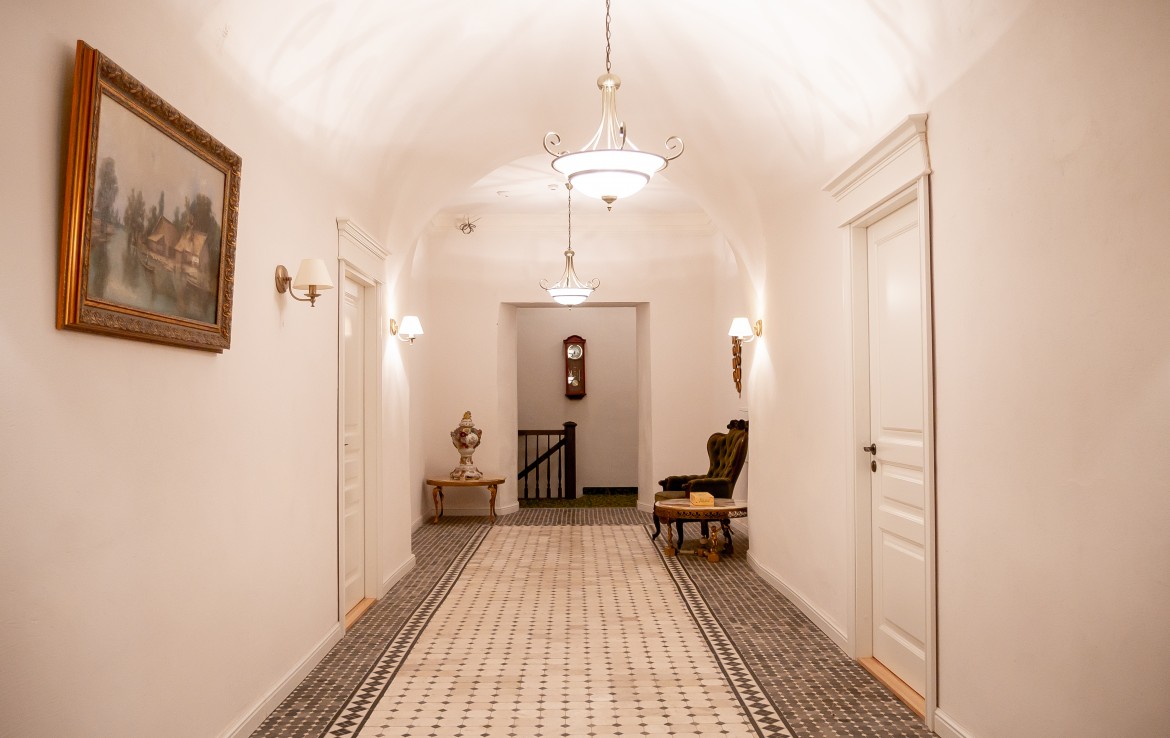 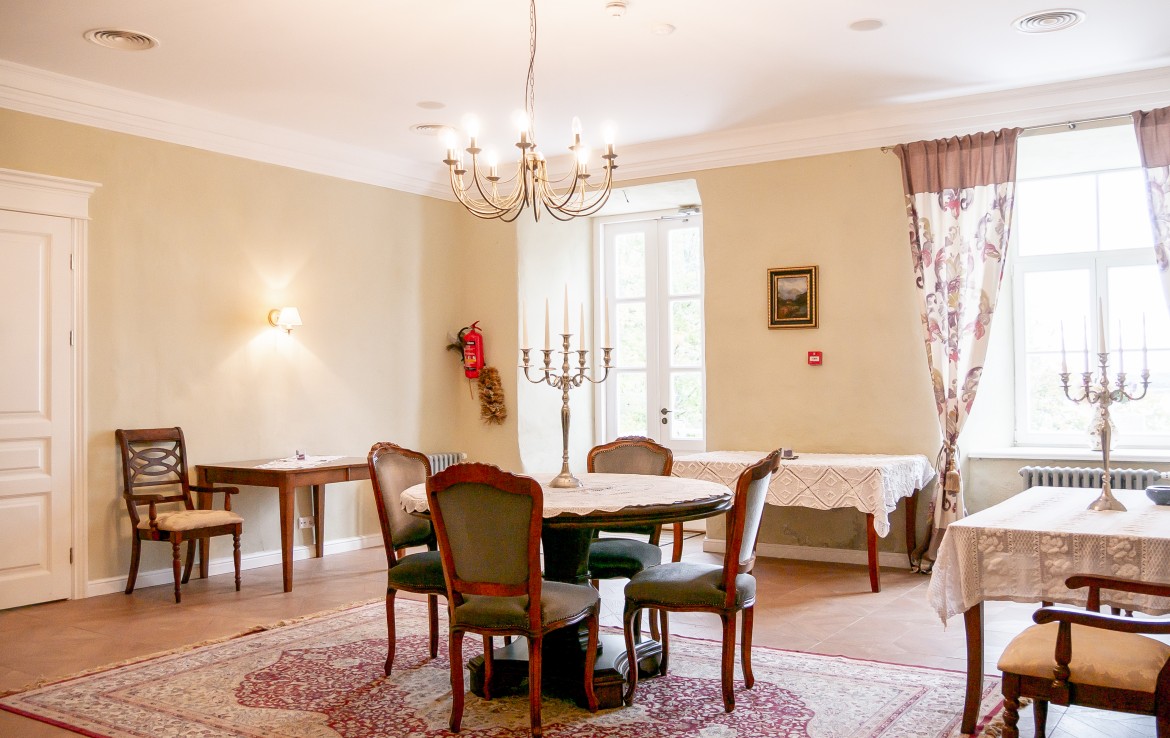 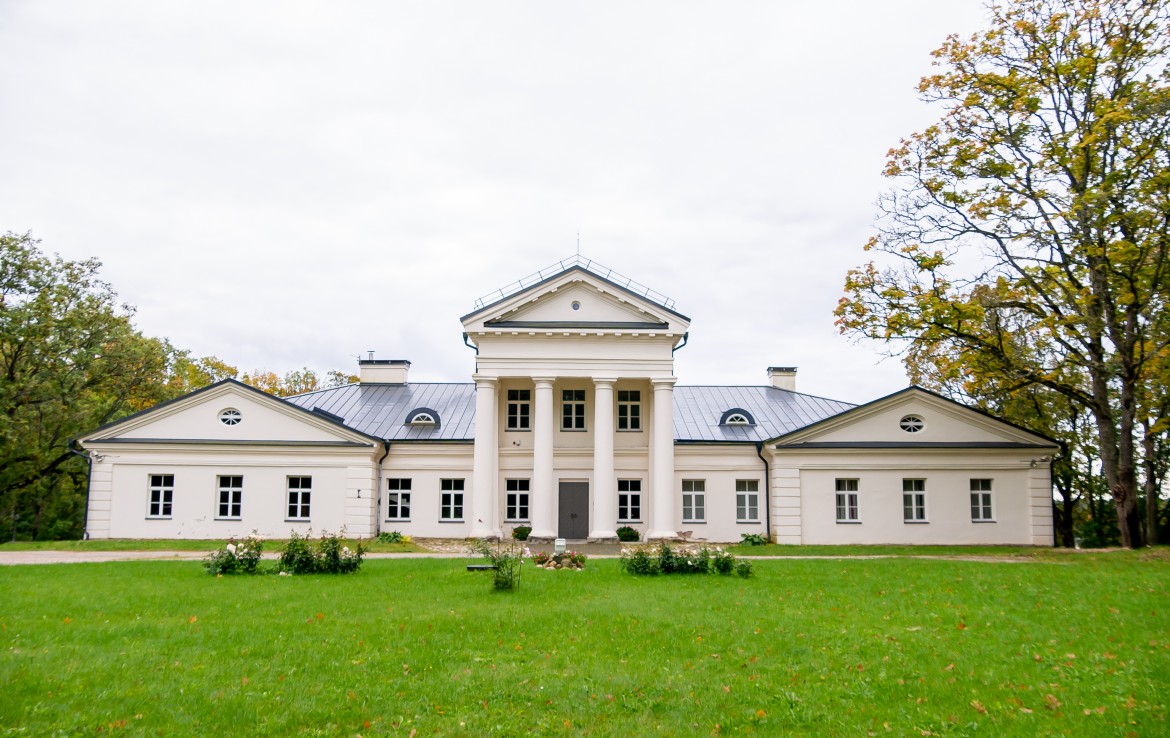 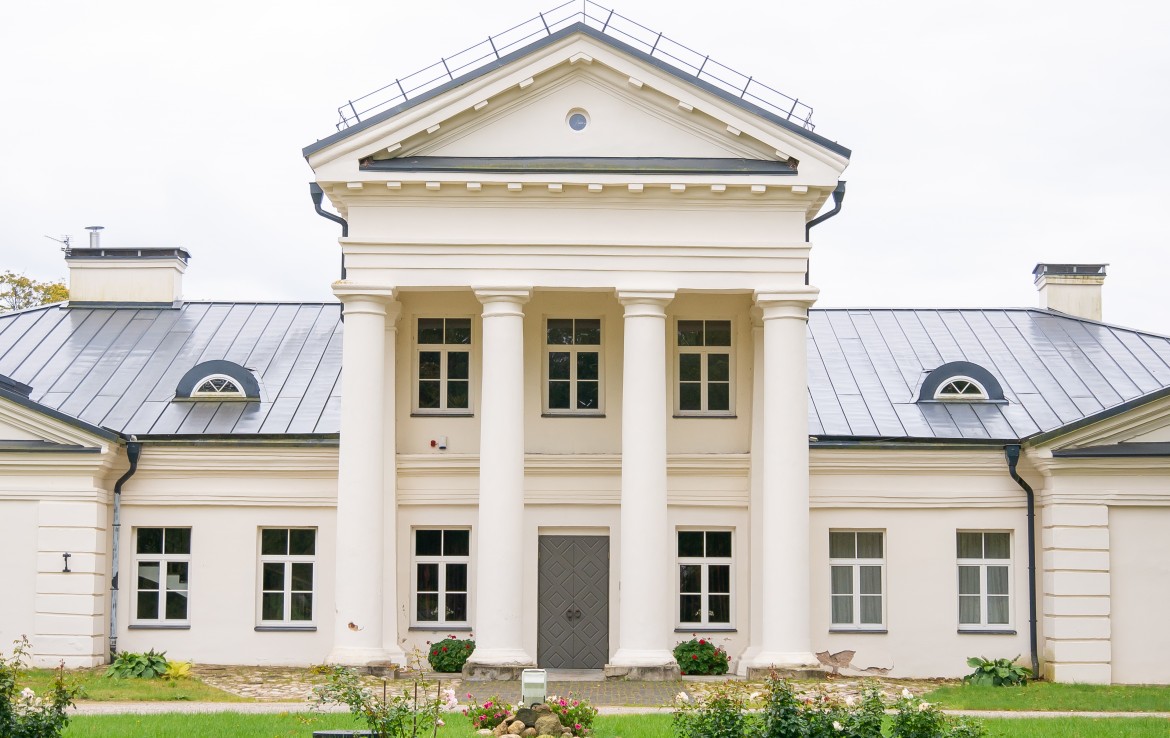 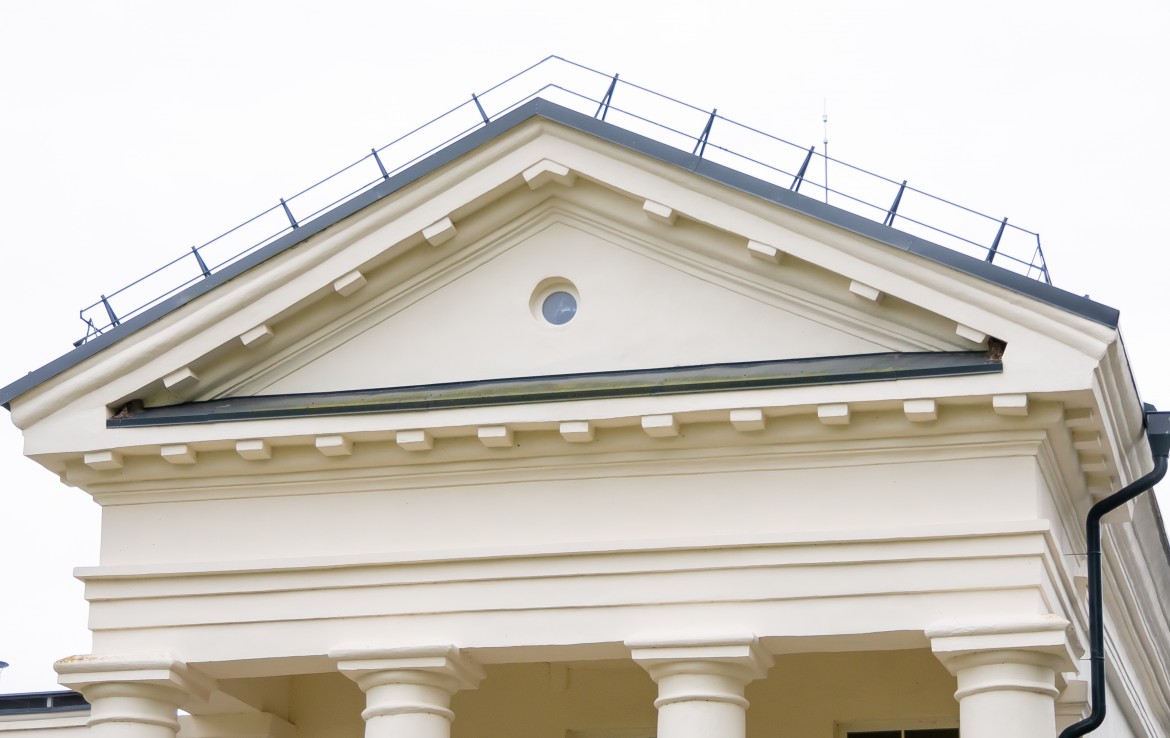 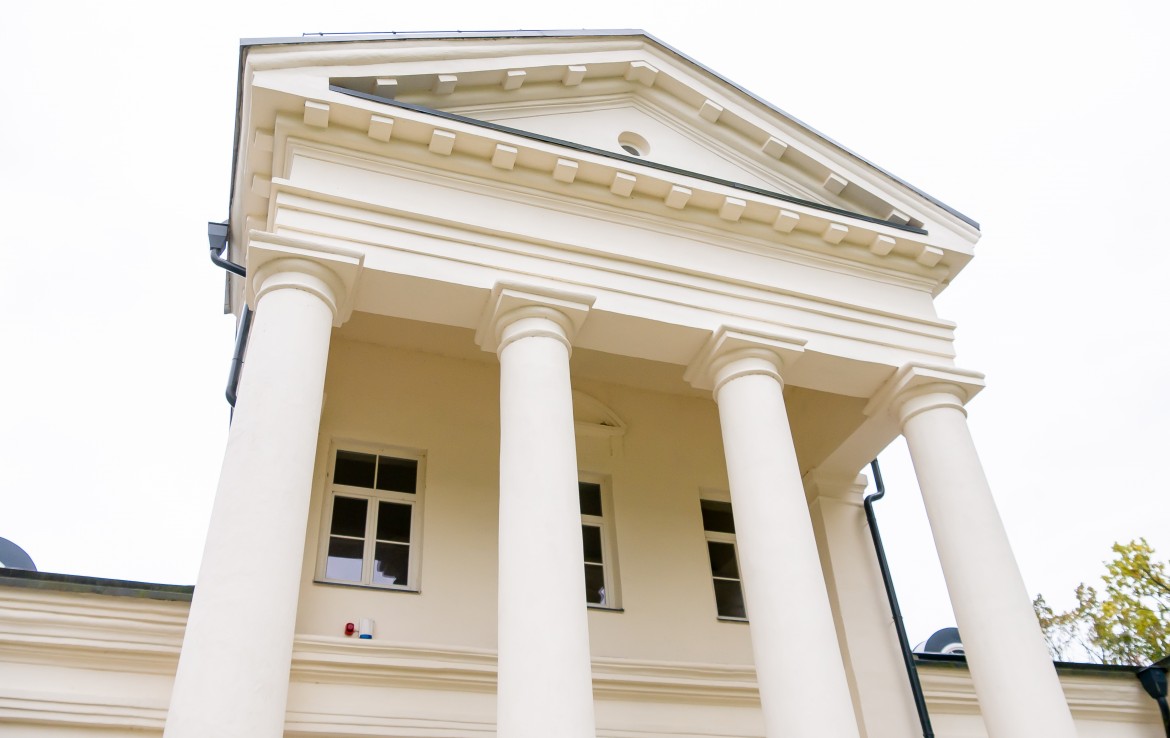 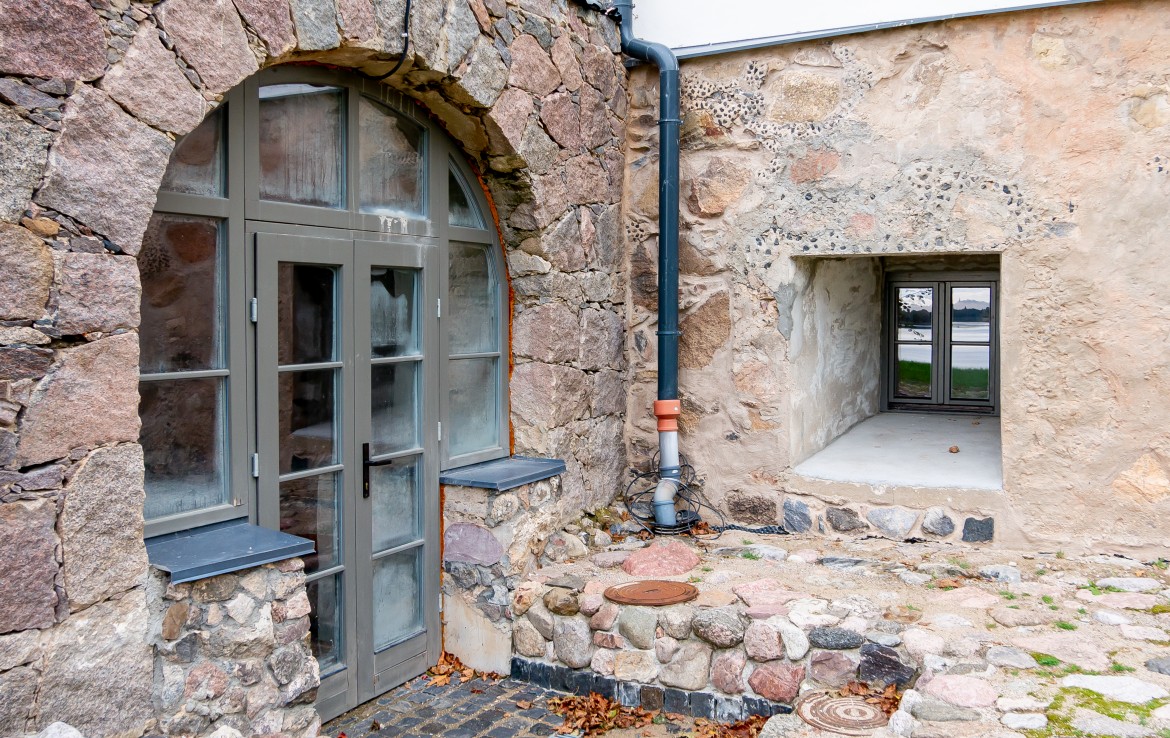 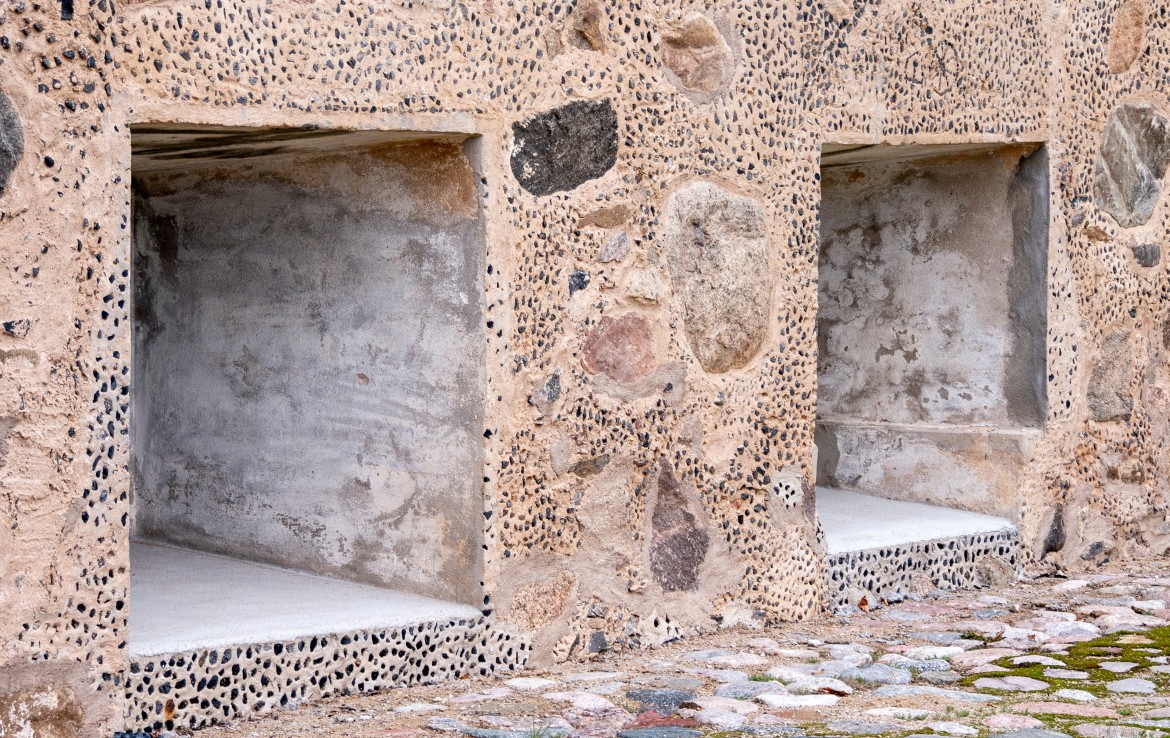 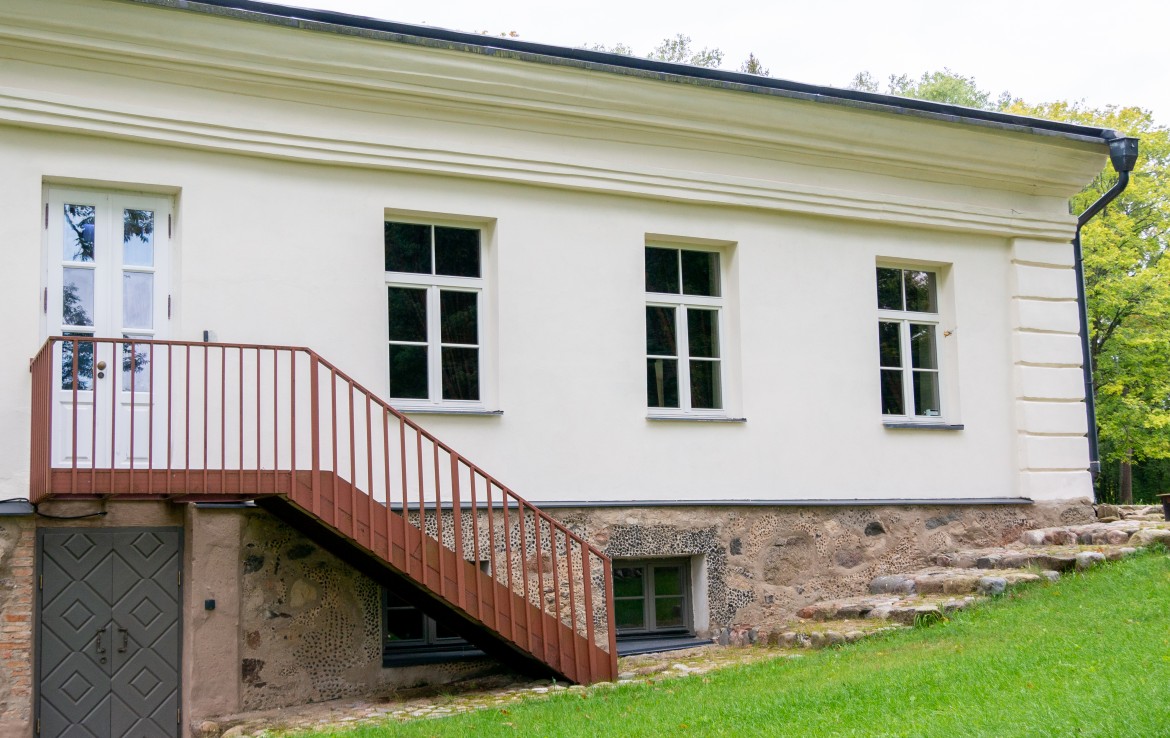