In the skylight of Anykščiai, since the year 1909, two red brick towers have been dominating – those of The Church of St. Matthew, the Holy Apostle and Evangelist, the tallest church in Lithuania, the verticals of which reach even 79 metres. The new church on the bank of the river Šventoji was designed by Nikolajus Andrejevas, the architect of then Kaunas Governorate. The creative heritage of this specialist was quite wide, still today he is remembered mostly because of Neo-Gothic churches, built to his projects. Among them is the church of Anykščiai, still this church does not boast many features of Romantically tinged Neo-Gothic, seen in other projects of prayer houses by this architect. Interestingly, this church for some time used to be a lower one than original – the ravages of the First World War demolished the upper parts of the towers. The spires were restored after its interior devastation by fire in 1928.

Basilica-type church’s towers are protruded forward, while impetuous, stepped and ascending buttresses hold their rectangular bottom parts on the edges; the doubling of the buttresses provides these tiers, which on the other hand are massive ones, with impetuousness – on the top they “grow” into uniform pinnacles. The eight-walled segments of towers, surrounded by them, convert the church by their contrasting form and proper proportion into a particularly gracious structure. The church is provided with verticality by tall, narrow niches, abundantly used in the main facade, and varying from those integrated in the tiers of buttresses, at first glance maybe unobtrusive, to the ones clearly visible and dividing the pediments; particularly tall and narrow are openings of the towers as well. The portal of the forms quite typical of Lithuanian Neo-Gothic are surrounded on the sides by two tall decorative buttresses, in which integrated niches are plastered white – this solution is used on the bottom step of the towers‘ buttresses as well, and in the small arcade of one of the tiers of the facade.

Three pointed-arch windows are integrated in the large tier of the facade and have Gothic division; their mid-part is wider and matches the width of the main entrance. Identical to smaller ones reiterate themselves in the corresponding tiers of the towers. On the side facades one can also see doubled buttresses, which together with windows of division already seen, compose the rhythm both on the side walls and those of the central nave.

Execution of the nave division could be considered a quite interesting and rare solution, slightly moved away from the Gothic ideas – the pillars are surrounded by groups of half-columns of Corinthian Order, which are twice as much taller on the side of the central nave than those on the side naves and the sides of pillars. Yet, they prop lintels and cross vaults characteristic of Gothic. A minor, yet charming accent – small Gothic arcades, integrated under windows, illuminating the central nave. From a complex point of view, all gates and the fence of the church are important too, they are modest, still matching church’s architecture. The gates are surrounded with poles covered with double-pitched roof, where pointed-arch niches are integrated – small poles of the fence are similar, yet they are lower and more modest. On the side of the churchyard they hide kind of surprise – serve as chapels as well, where wooden sculptures of the Way of the Cross by Rimantas Idzelis are placed. 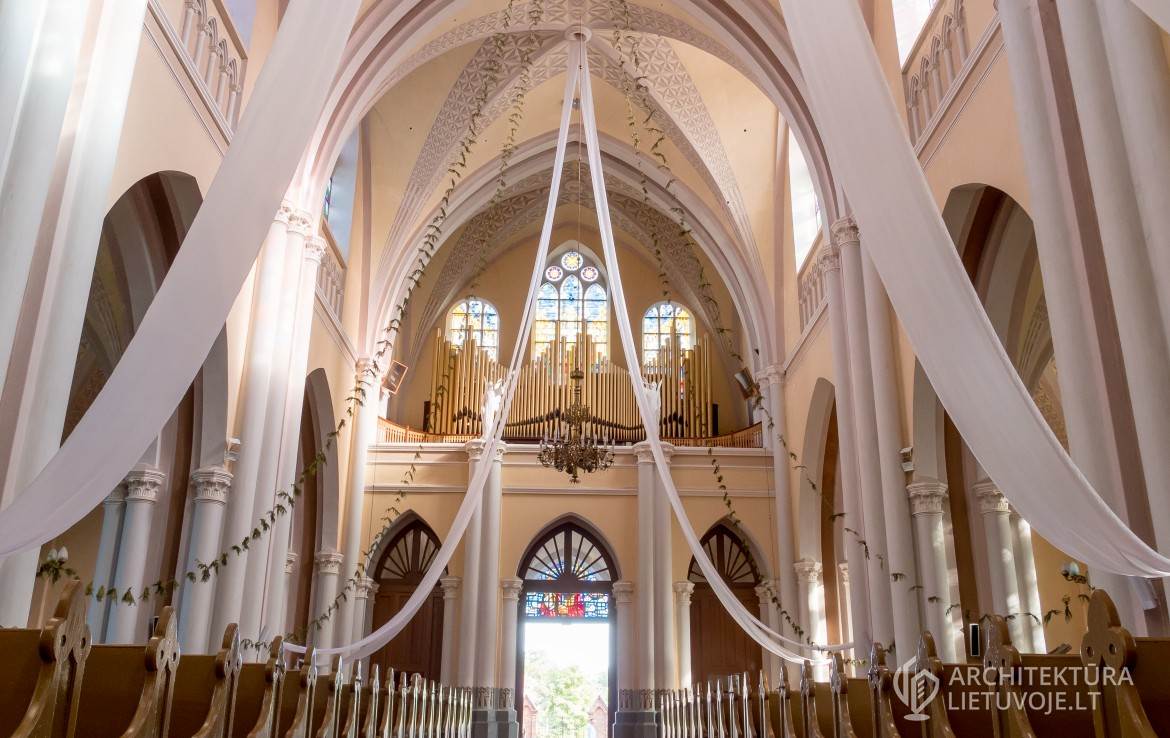 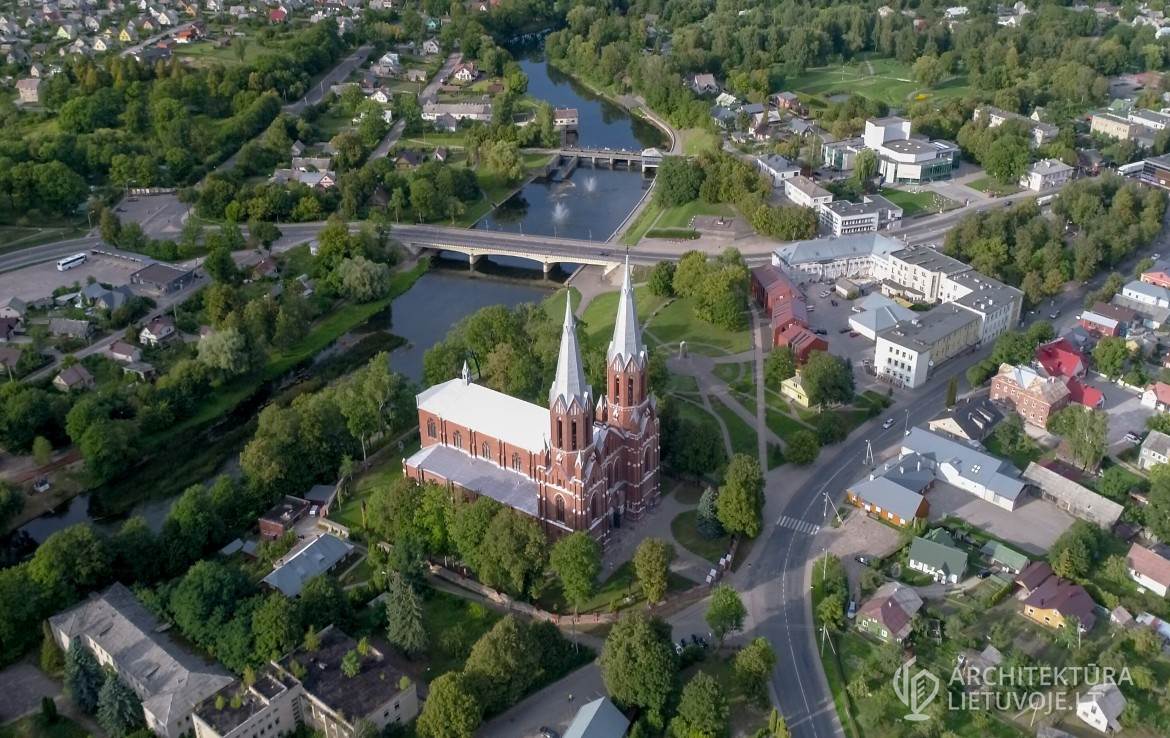 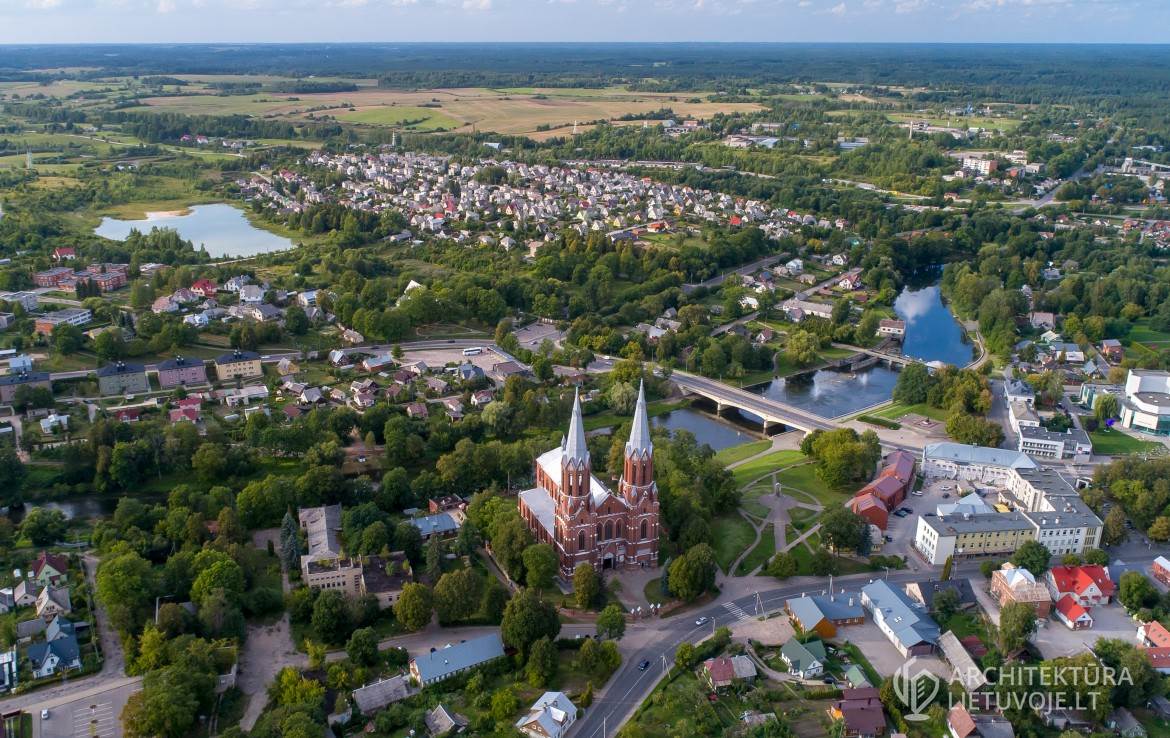 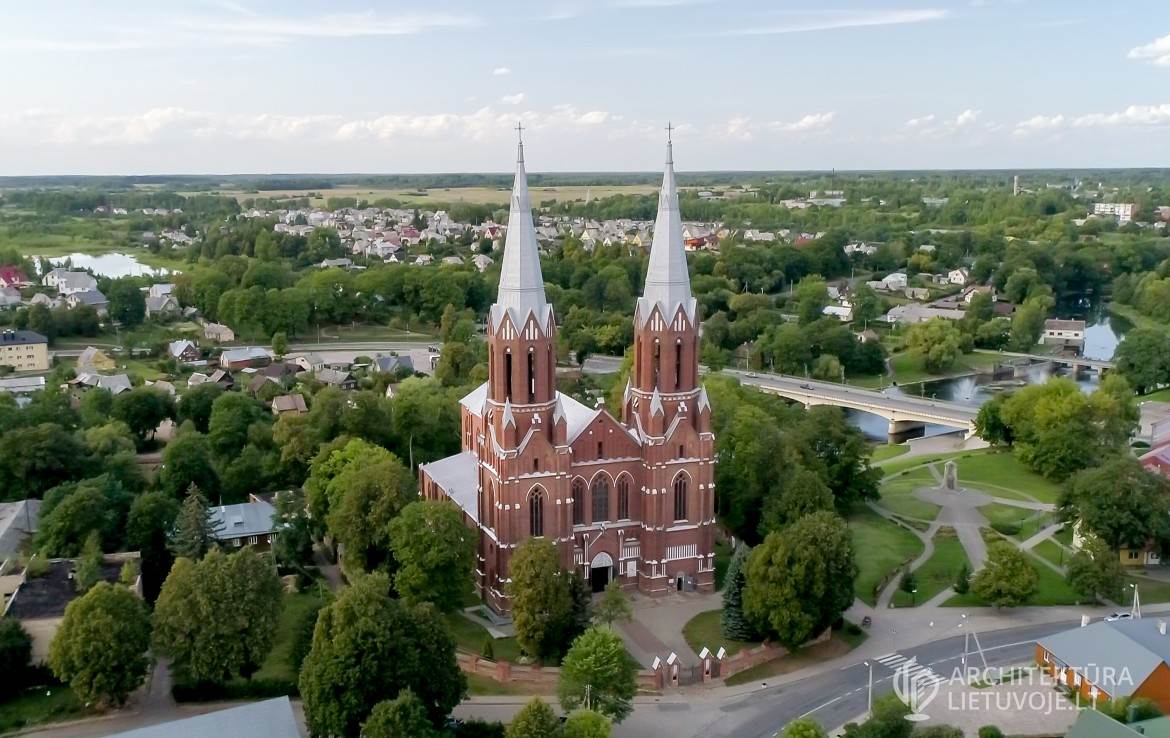 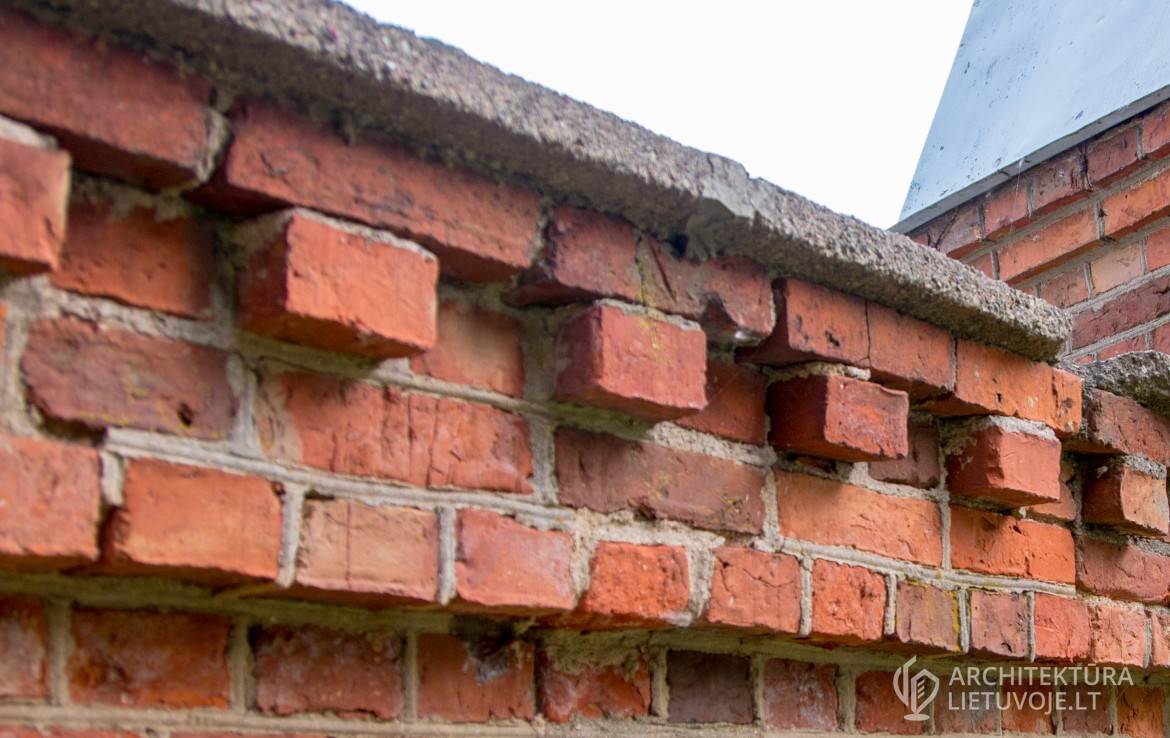 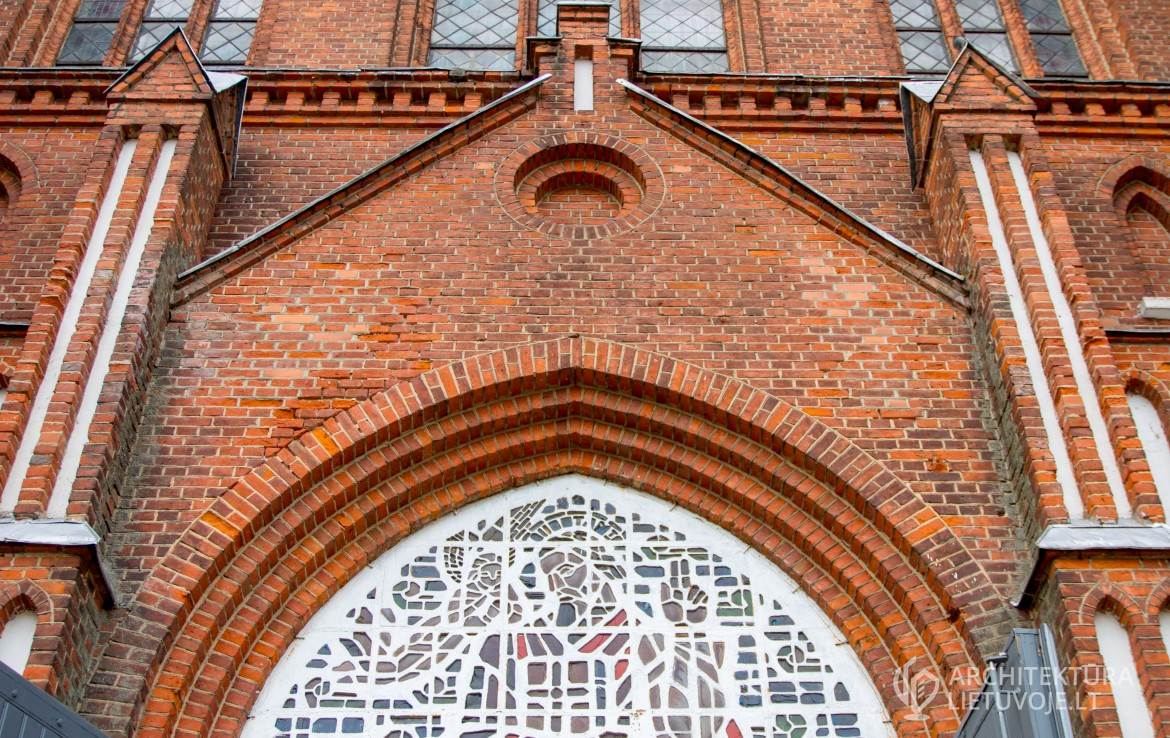 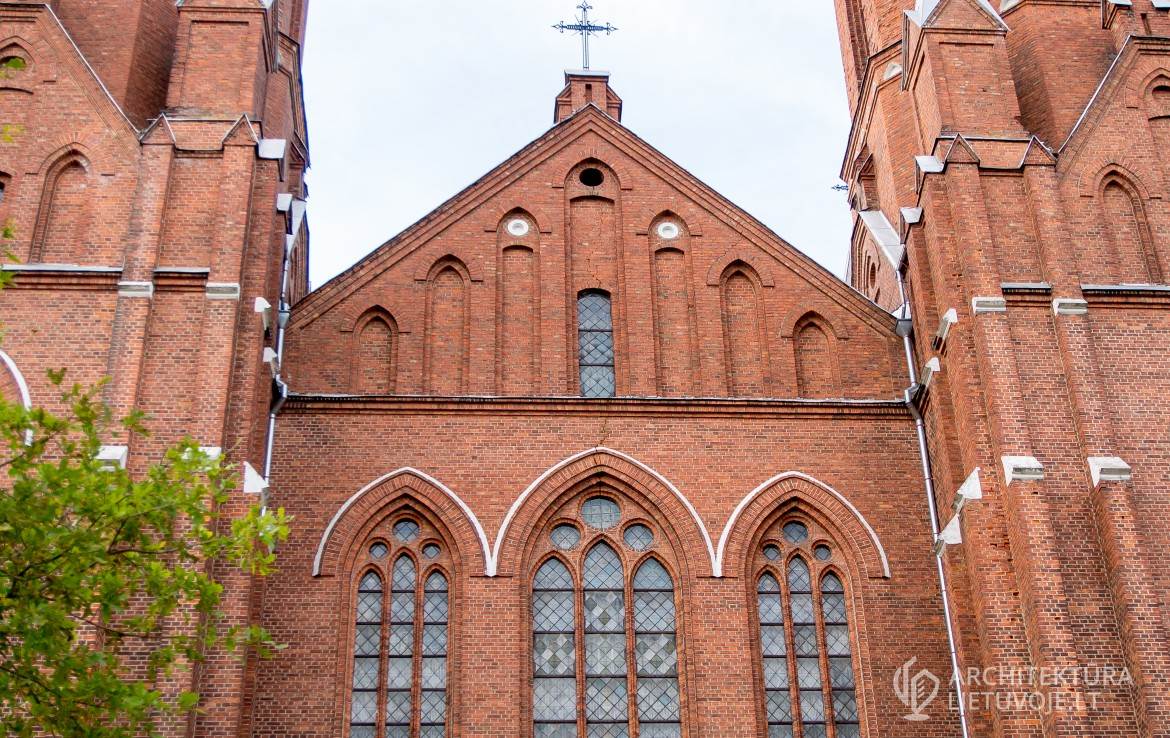 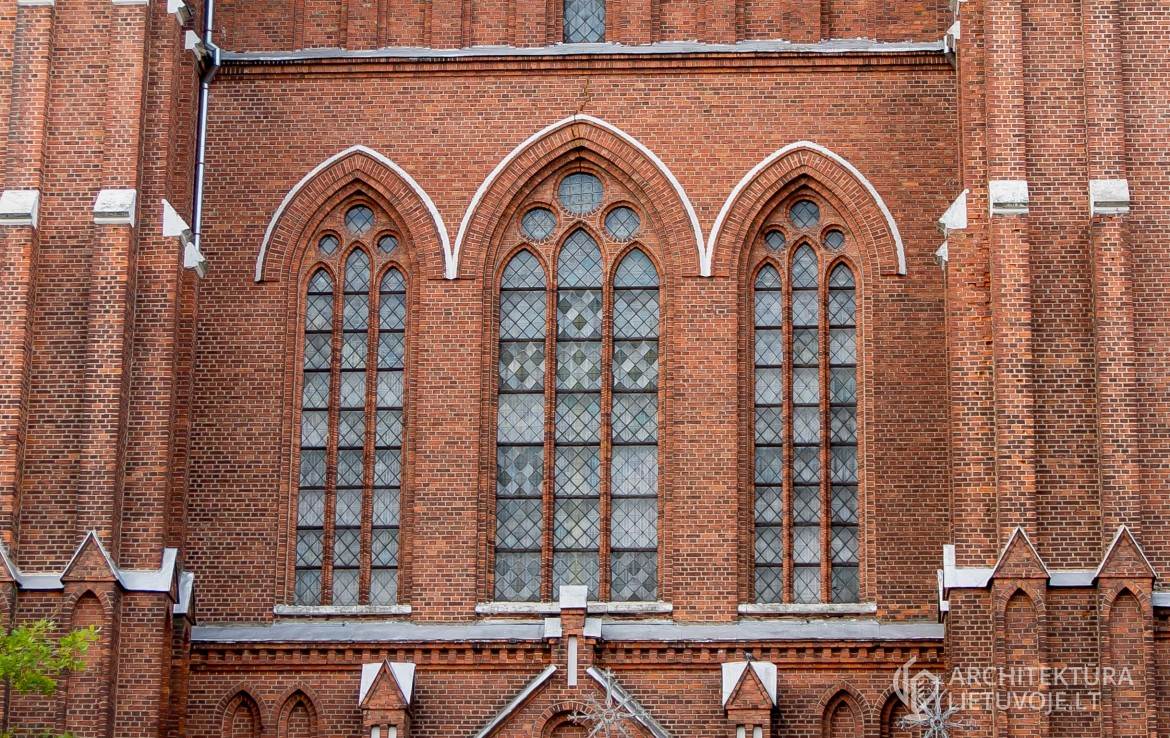 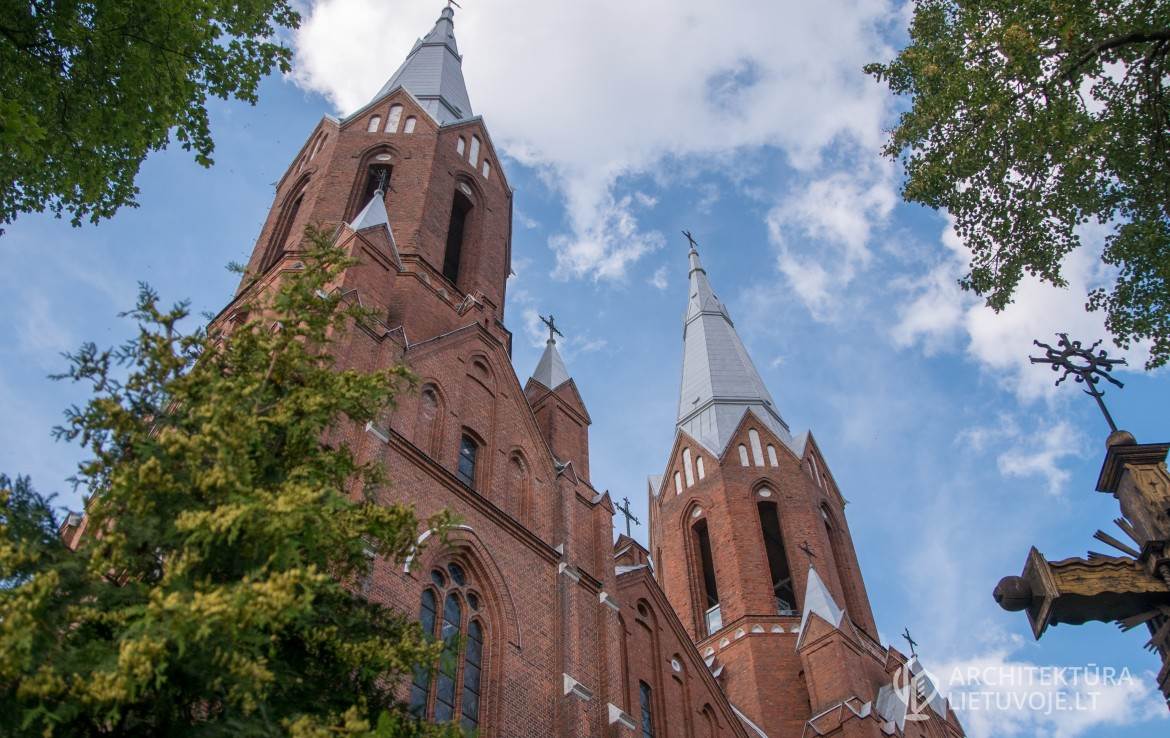 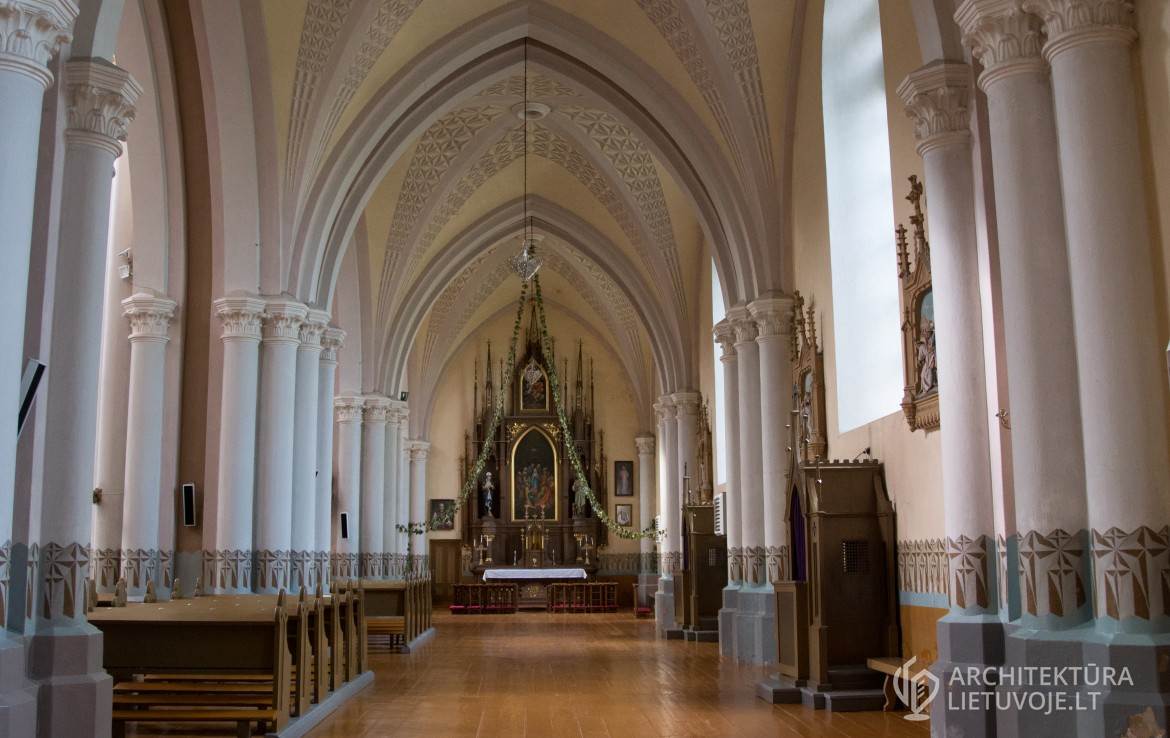 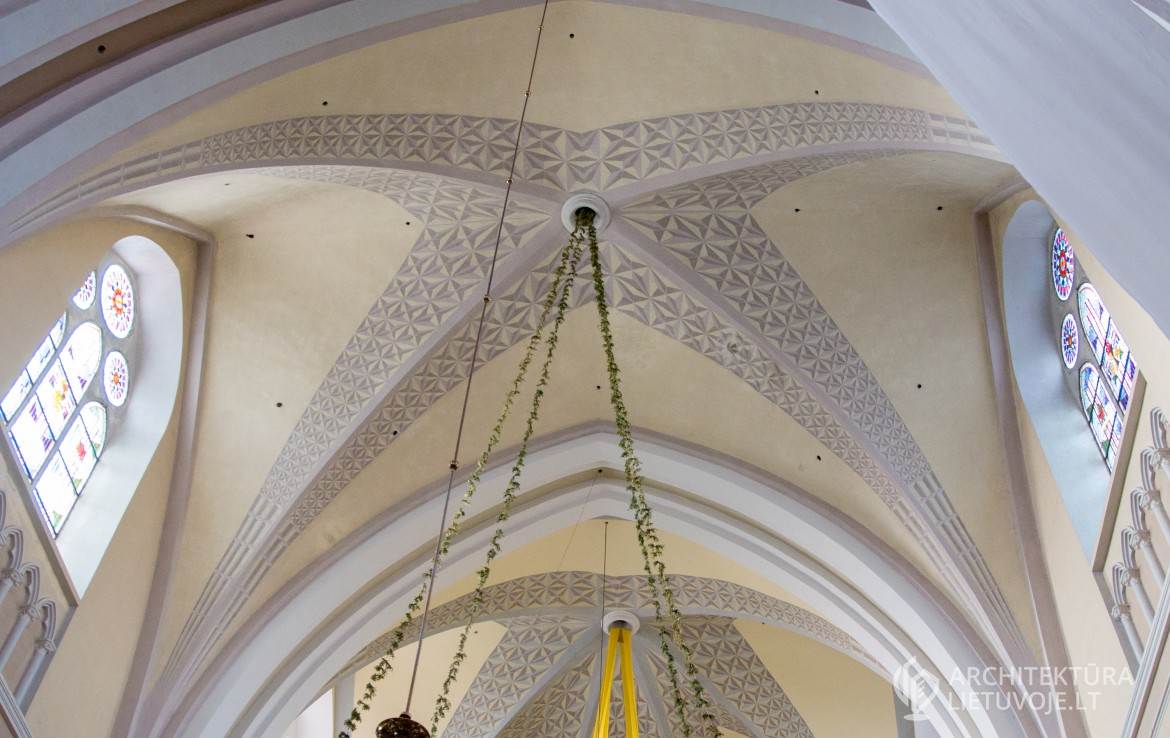 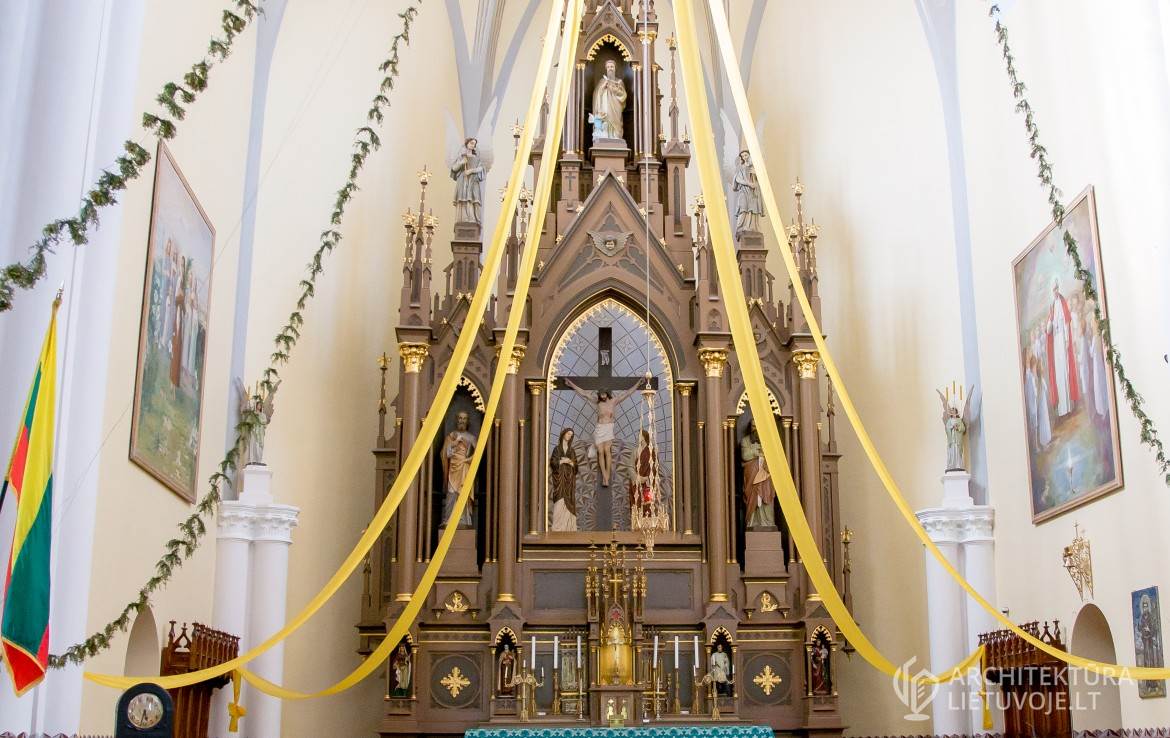