The ensemble of Vidiškiai Manor was built in the second half of the 18th-19th century. The object was mentioned for the first time in 1782, when the then owner N. Ragoža received from Vilnius Diocese a permit to build a chapel in the territory of the Manor. The Manor had 19 economic and residential houses: The Manor House, single-storeyed, wooden, having features of Classical style, 6 residential houses for labourers, a mill, a sauna, a shed, 5 cattle sheds, a stackyard, a smithery and an ice-house . In the north part of the homestead, a representational yard was formed with a parterre, while the representational zone consisted of the Manor House, a service building and the ice-house. Not all buildings comprising the complex have stood the test of time: on the west side of the Manor, there was a house of clerks, while on the south-east side, by Varnio lake, maintenance and production yard stood with the mill, distillery warehouse and a brewery, recently restored. In the silhouette of the Manor, as an impressive dominant, the House stands out by its tallness, other buildings were set up in decreasing order. At the beginning of Soviet occupation, in 1940, the Manor was nationalized, the district council office established itself here, as well as the house of culture, the library, the telephone station.

The House of late Classicism forms was built in the second half of the 18th century. The building is rectangular in plan, single-storeyed, with a cellar, only the central part rises along two floors. The main architectural accent of the building – the portal in the main façade, supported by four Corinthian columns. The emphasized sumptuous portal, rising over two floors, which marks the main entrance of the building, is a striking feature of Classicism. In the rear facade of the building, the open balcony of the first floor, held by six metal pipes, dominates. This is a stylistic insertion of later period. The balcony was installed ca. 1930 – until then, there was an exit from the first floor to the small balcony.

The inside spaces were set up in the enfilade order, characteristic of Manor interiors of Classical style – the rooms were transitive. As a consequence of later reconstructions, a mixed planning structure formed.

During reconstruction, a spacious hall, a couple of sumptuous ball rooms, in authentic style equipped 20 guest rooms and a cosy library were restored. The rooms of the Manor House are furnished with furniture pieces of Baroque, rococo and Empire styles. On the south side of the Manor House, there is one of the most beautiful terrace parks in Lithuania, which is unique in that that is surrounded by ponds; it has a survived alley of poplars one hundred years old, running by Varnio lake. 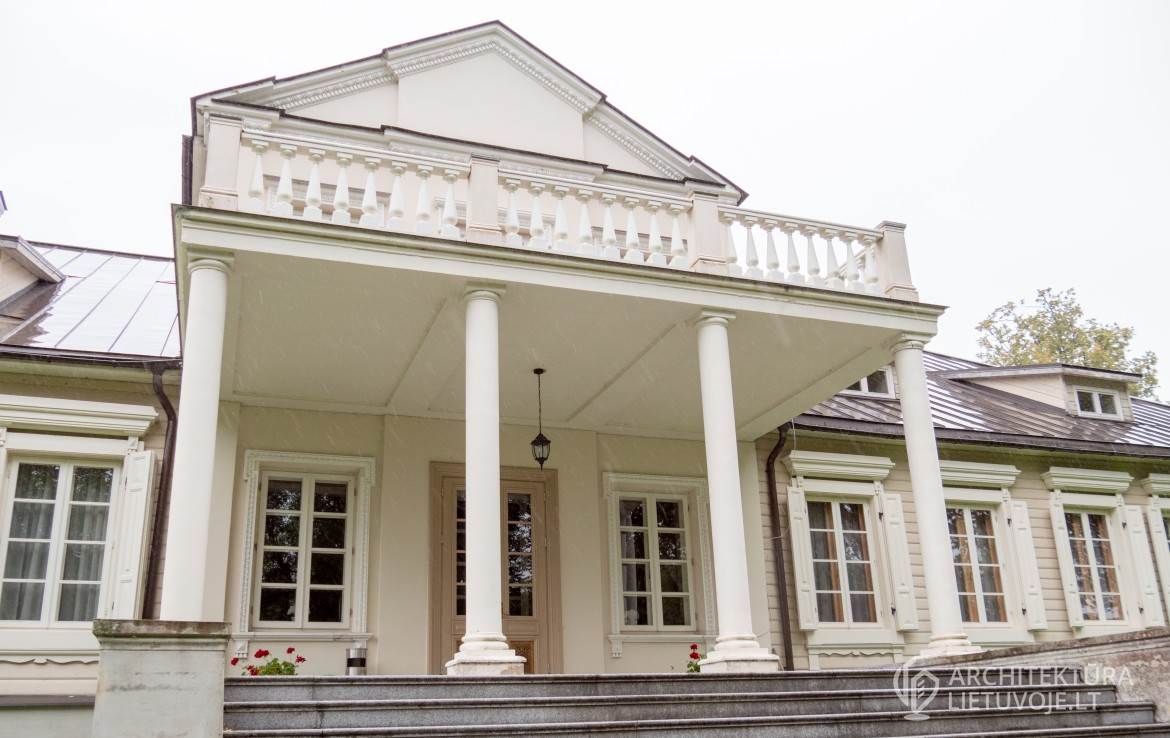 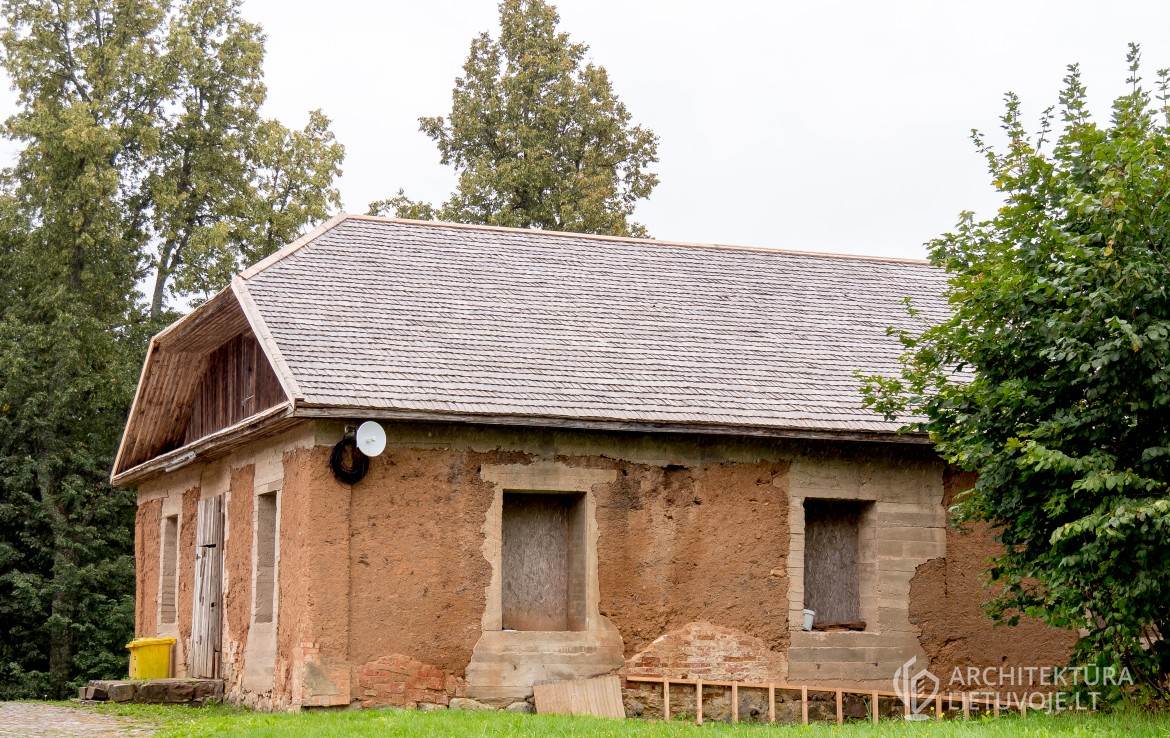 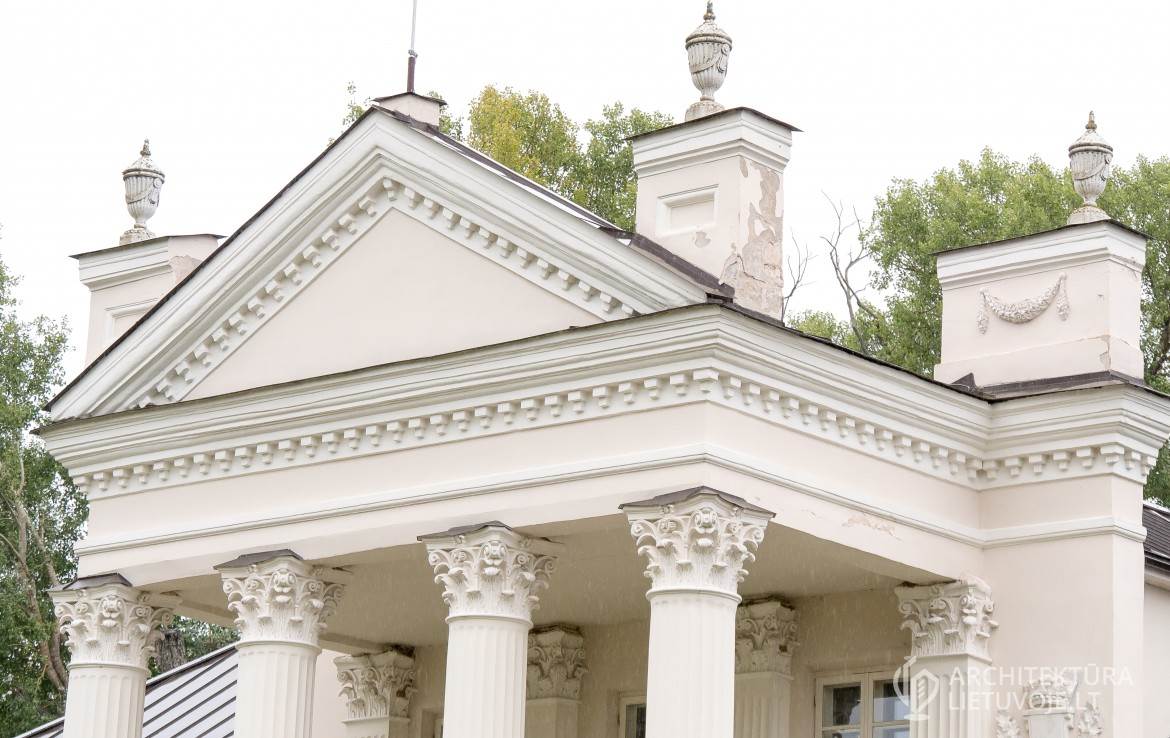 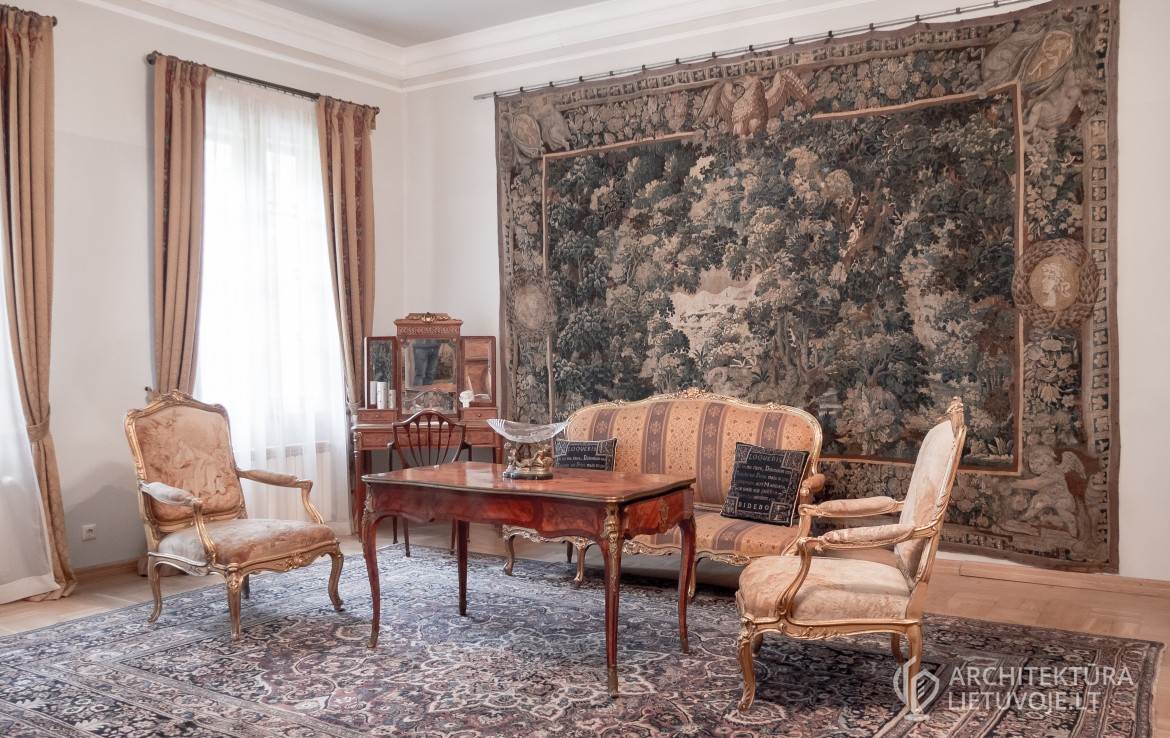 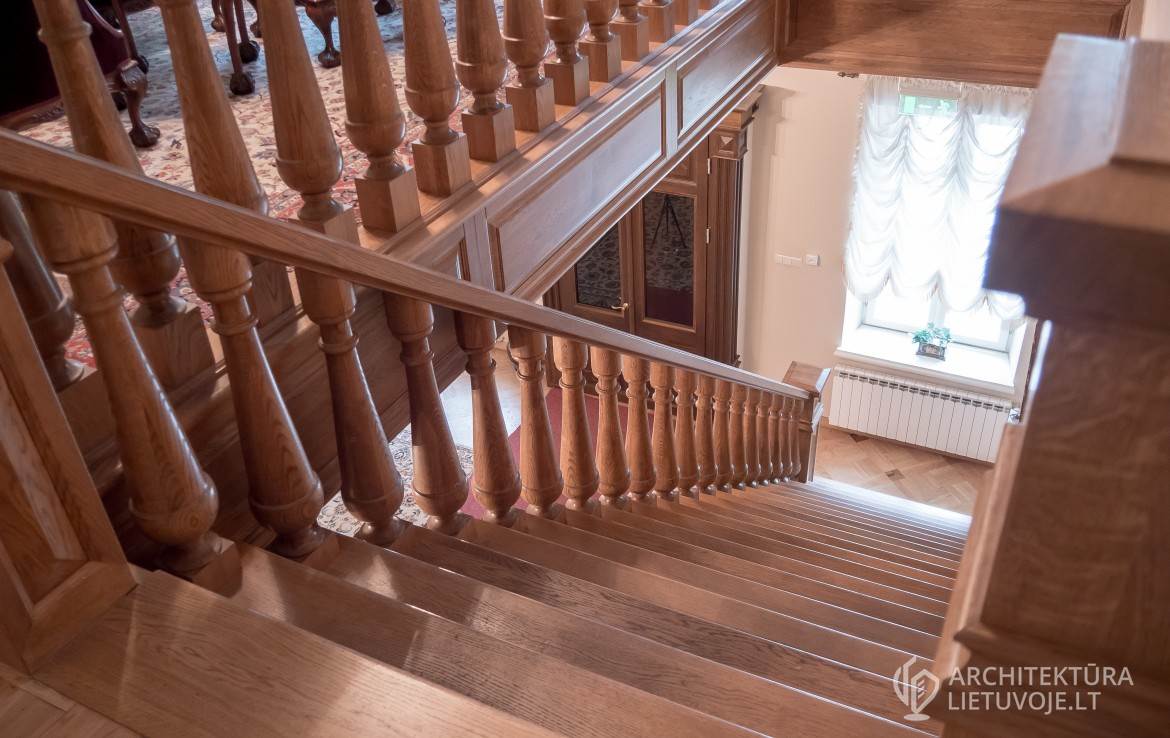 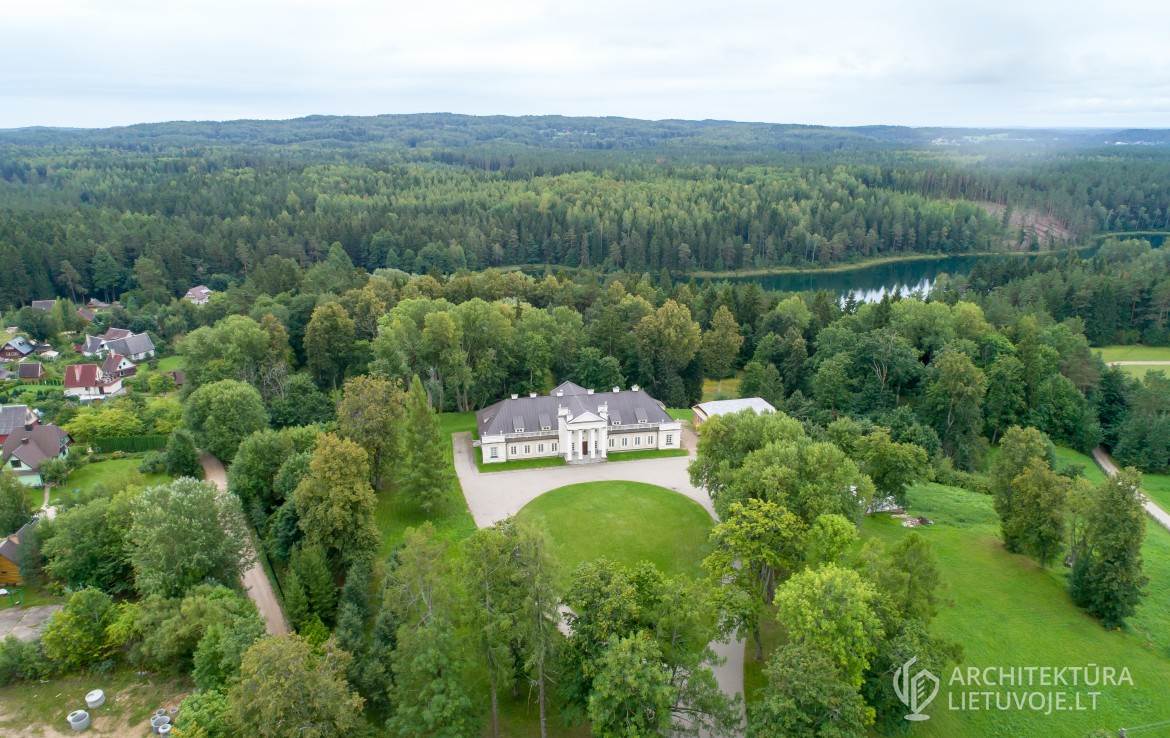 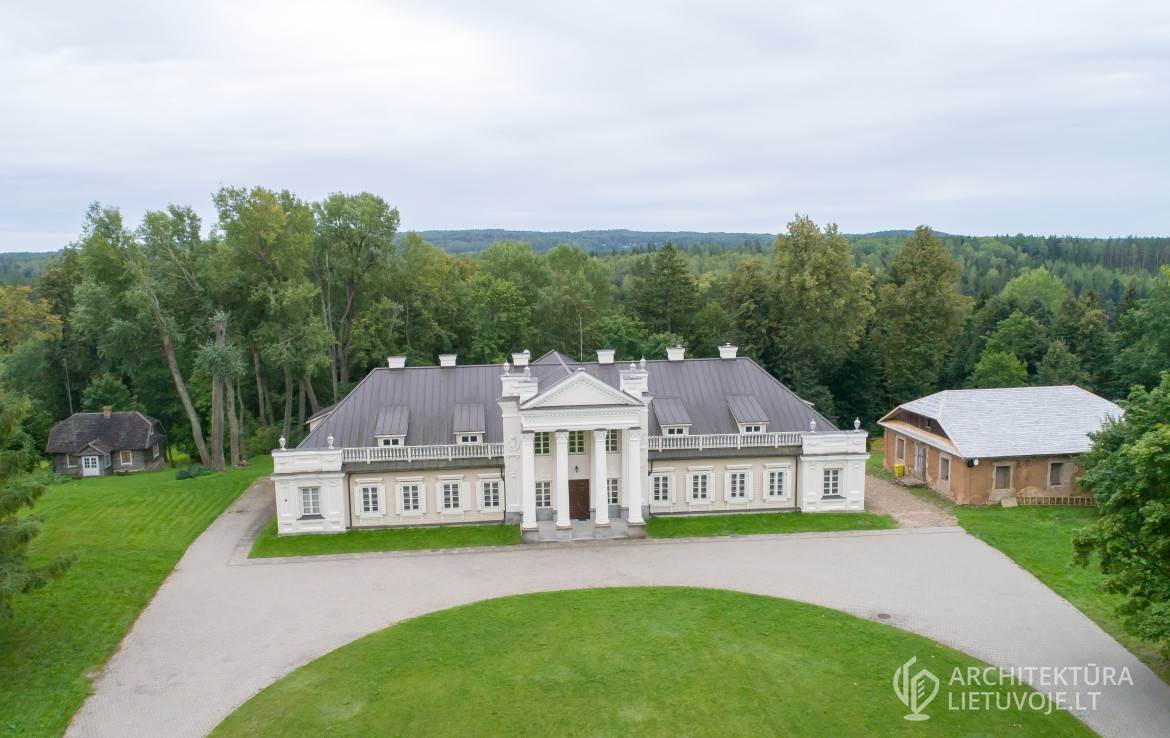 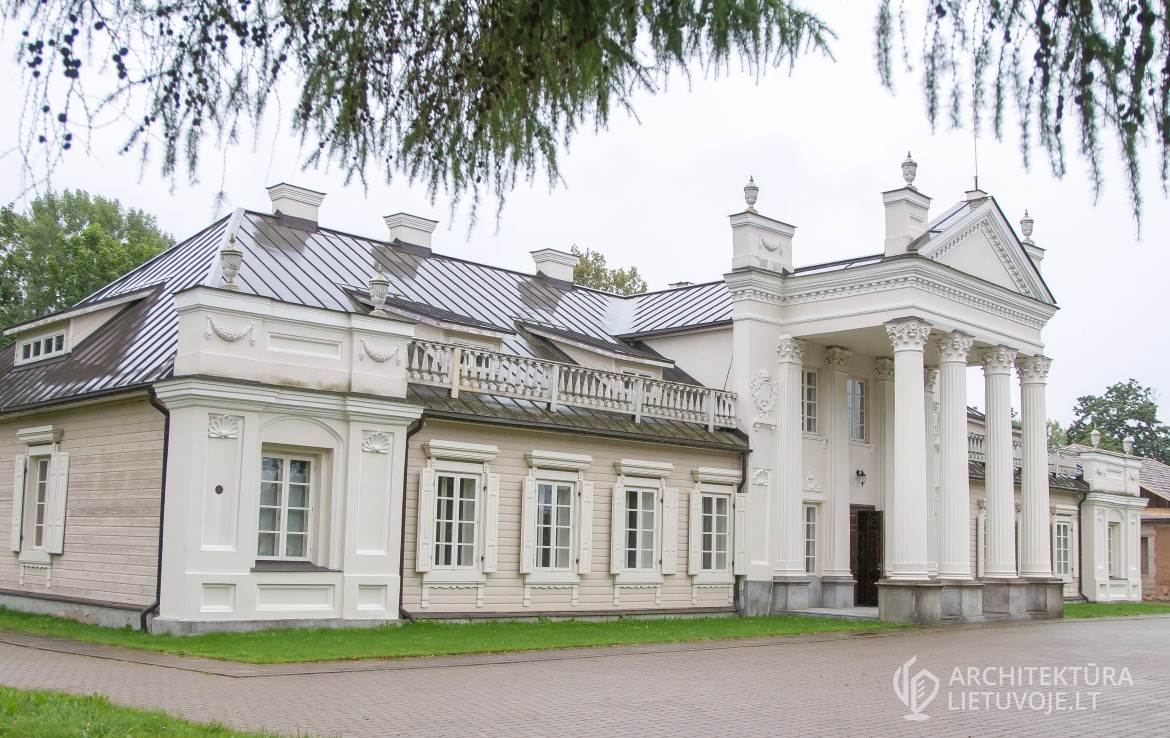 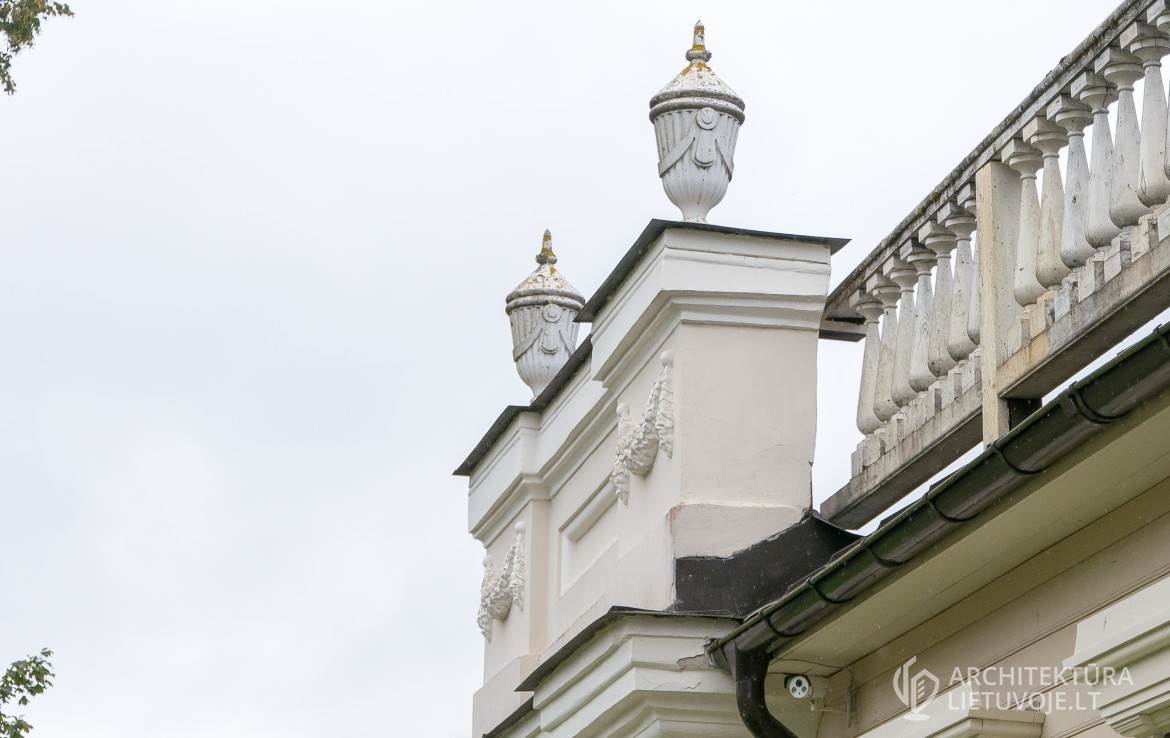 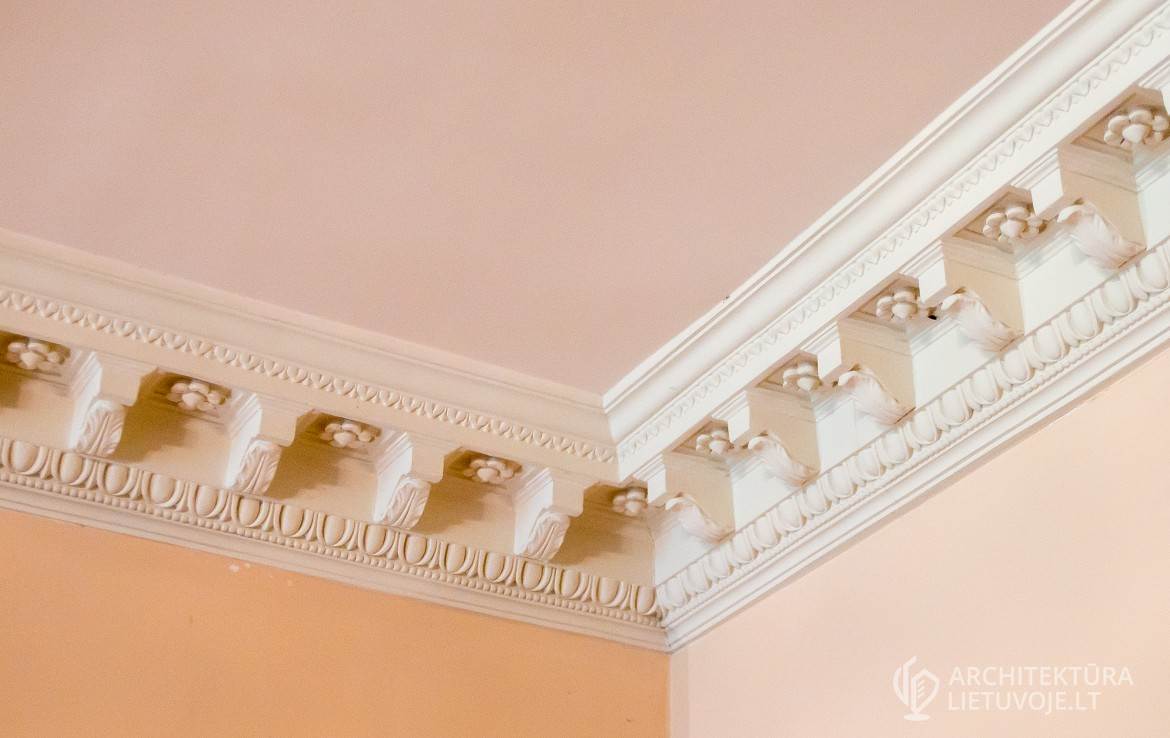