In 1761, in Telšiai, next to the location of Bernardine Monastery, the construction of a new stone church was launched. It was founded by Grand Duke of Lithuania Sigismund III Vaza, later – by Povilas Sapiega. The construction lasted for almost 30 years – the church was consecrated in 1794. The sanctuary did not have any tower, its original appearance used to be retained due to side facades. Sometime later, the front part of the narthex was added – at that time two towers were planned, yet they did not appear. A single tower was installed in the 2nd half of the 19th century, the height of which later was halved. In 1926, in the times of independent Lithuania, the new Telšiai Diocese was established, the most significant sanctuary of which Telšiai church became, which was designated a cathedral.

If side facades have retained late Baroque forms, in particular exclusive small oval windows, the forms of the main facade of later period and the sides of the narthex intertwin with the principles of Classicism and have much stricter, still more decorative features. The main entrance, raised from the ground, is surrounded by the Classical portal, consisting of both-sided paired pilasters, above which a modest pediment sits. A modest octagonal tower of strange appearance in terms of proportions consists of one tier, vertically divided by doubled pilasters and rounded windows. Above it, a much narrower wooden turret-lantern is installed.

The inner part of the sanctuary, being Baroque dominating, is one of the most unique in Lithuania. The central space is surrounded by the first-floor gallery raised on the pillars and arches joining them and boasts abundant ornamentation. Seven altars are set up throughout two storeys here – interestingly, there are even two High Altars, while the main High Altar is set up on the first (second in Lithuanian) floor. In the major part of the altars of the sanctuary, like in the main facade, the synthesis of Baroque and Classicism is reflected – they were created by Tomas Podgaiskis in the late 18th century. Small altars, installed beside the pillars, and the pulpit were created by Jurgis Mažeika in the style quite rare in Lithuania – rococo style.

In the neighbourhood of the church – the Bernardine Monastery House stands, which appeared perhaps one hundred years before. As is characteristic of such purpose buildings, which were built in Baroque period, this building is quite laconic. The following parts stand out here: a large profiled cornice, tall roof, a high basement part, protruding from the outside facade planes, with the windows as if extending it upwards. During the inter-war period, as religious significance of Telšiai was increasing, a building of The Priest Seminary was built as an addition, being of slightly more modern forms and standing out by tallness. 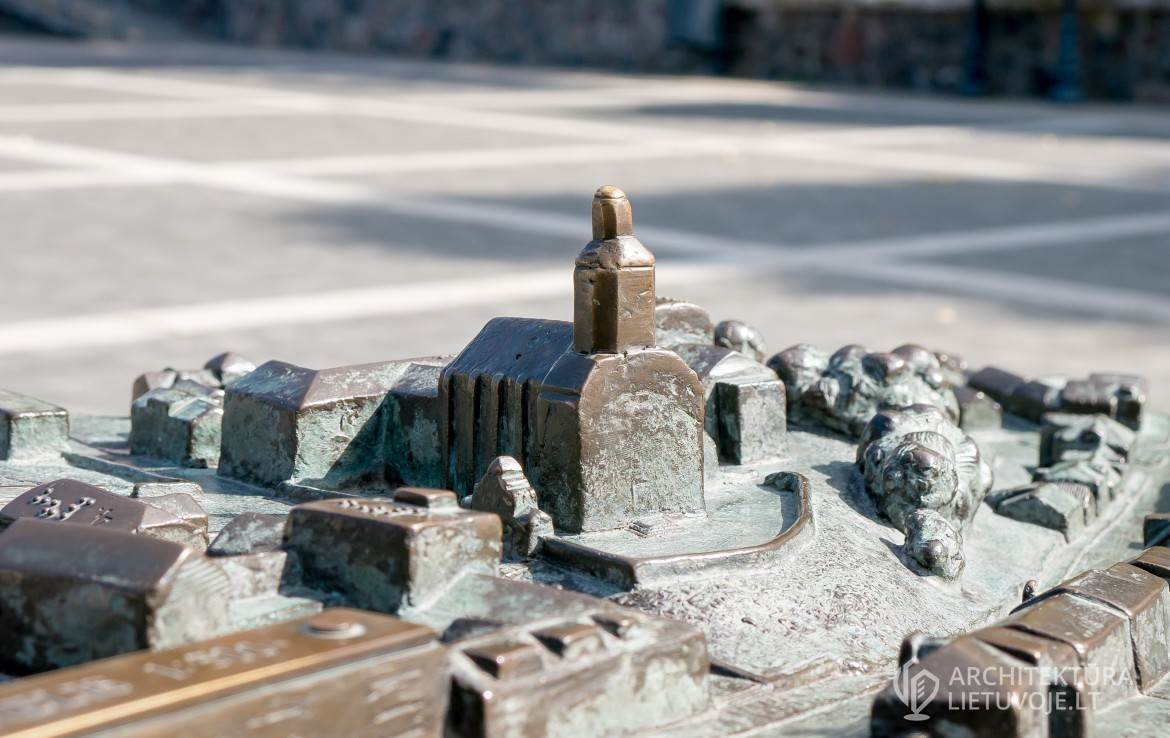 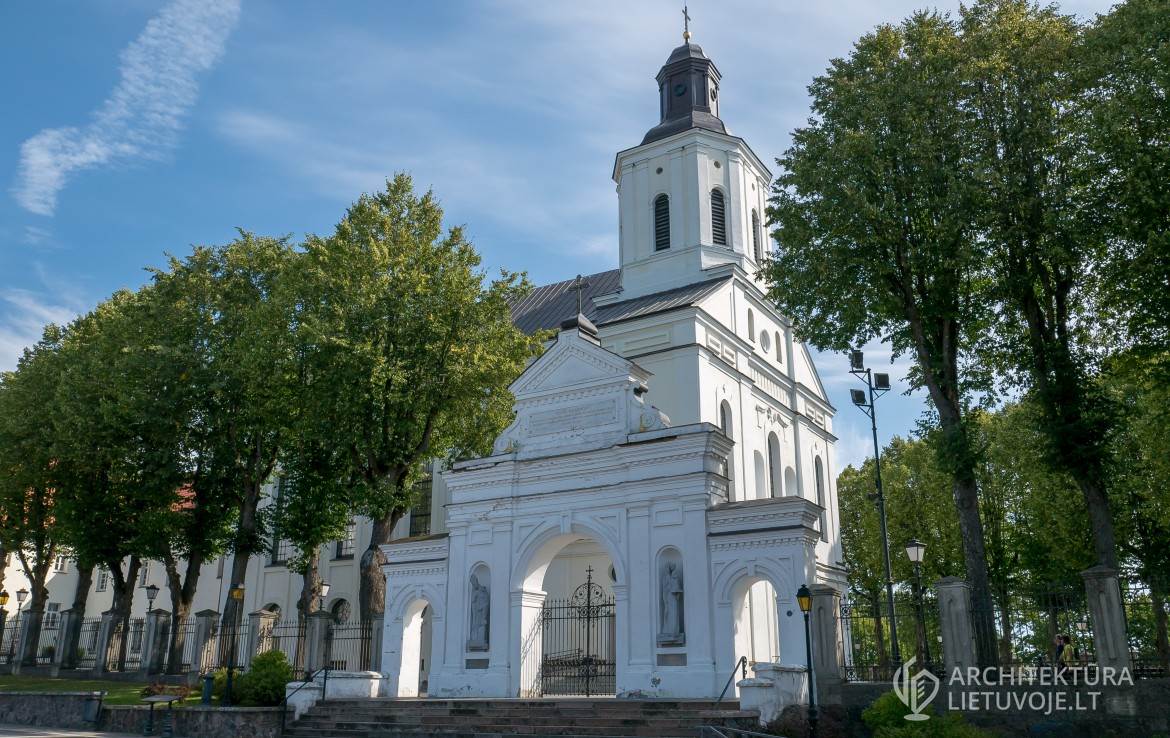 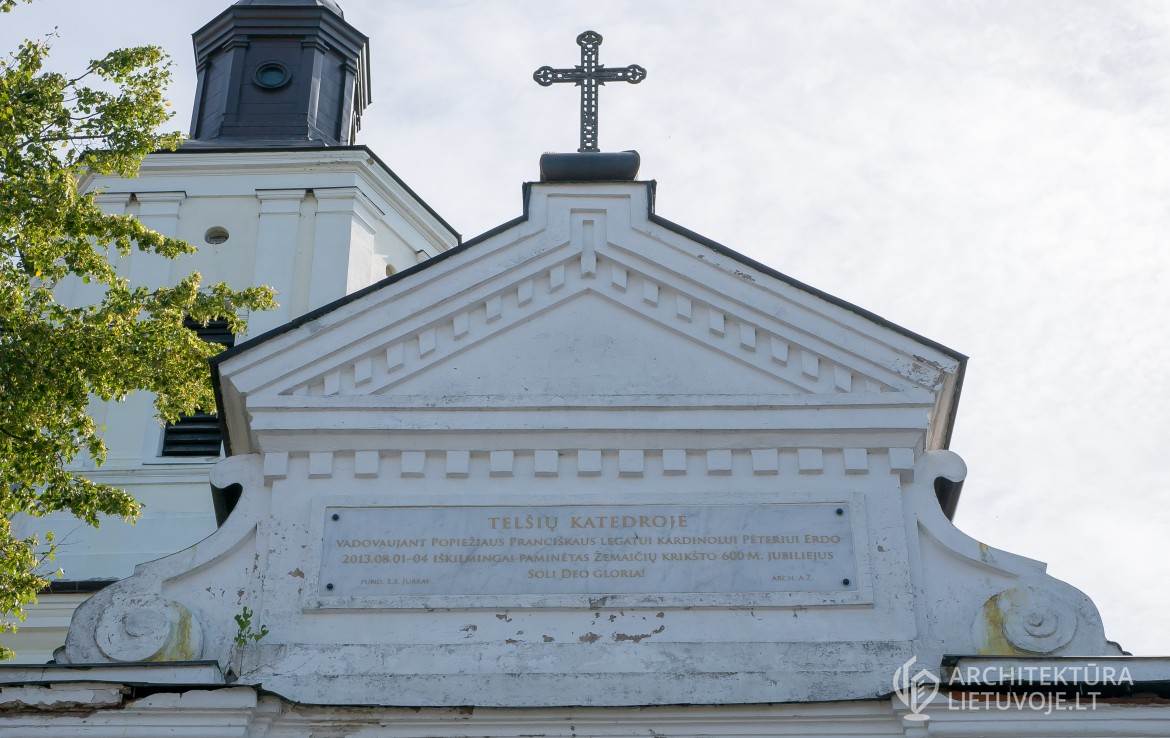 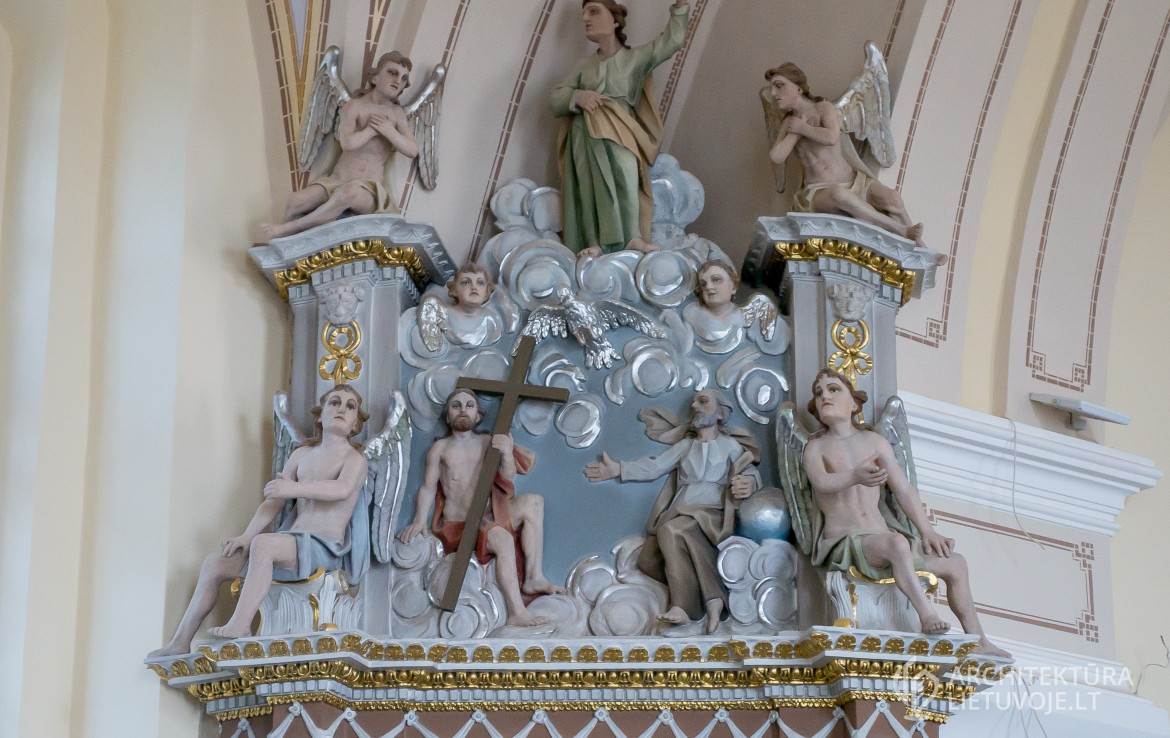 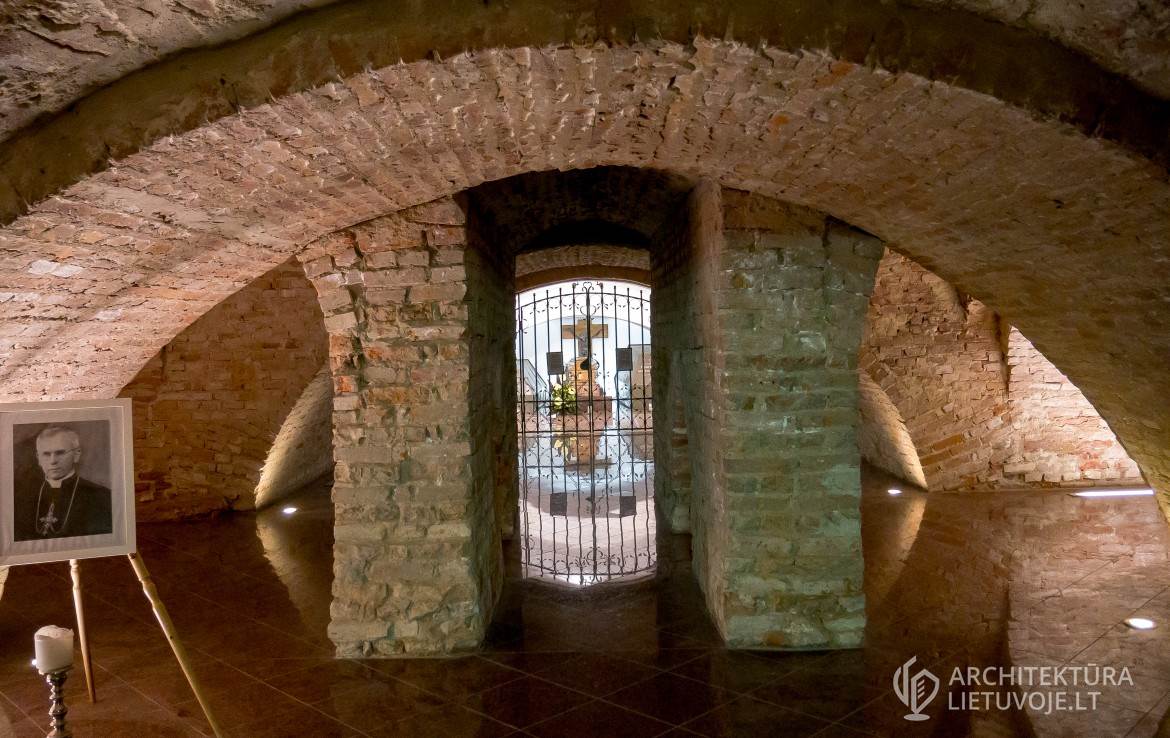 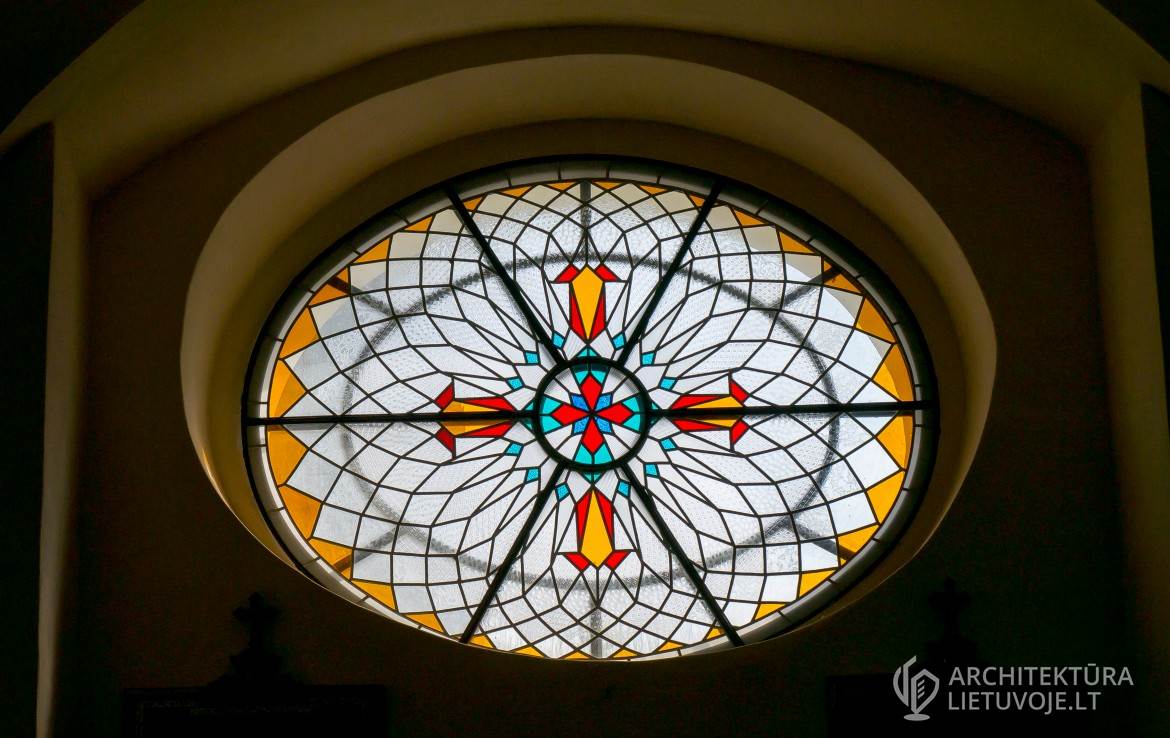 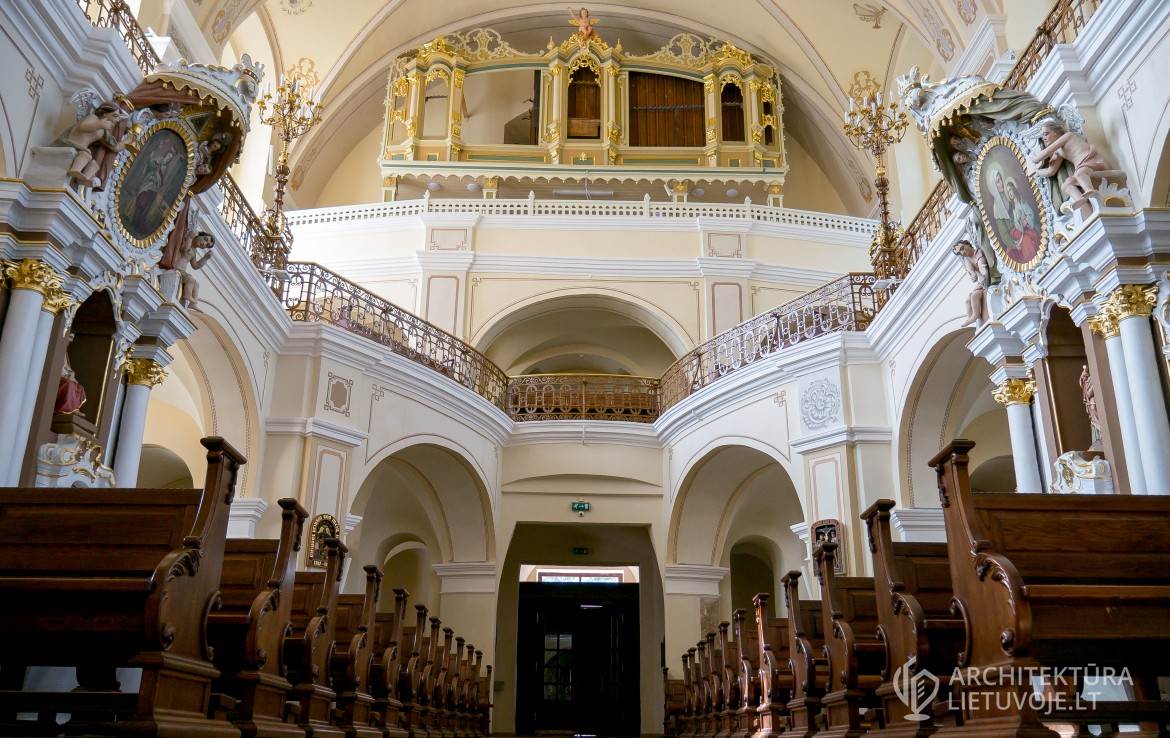 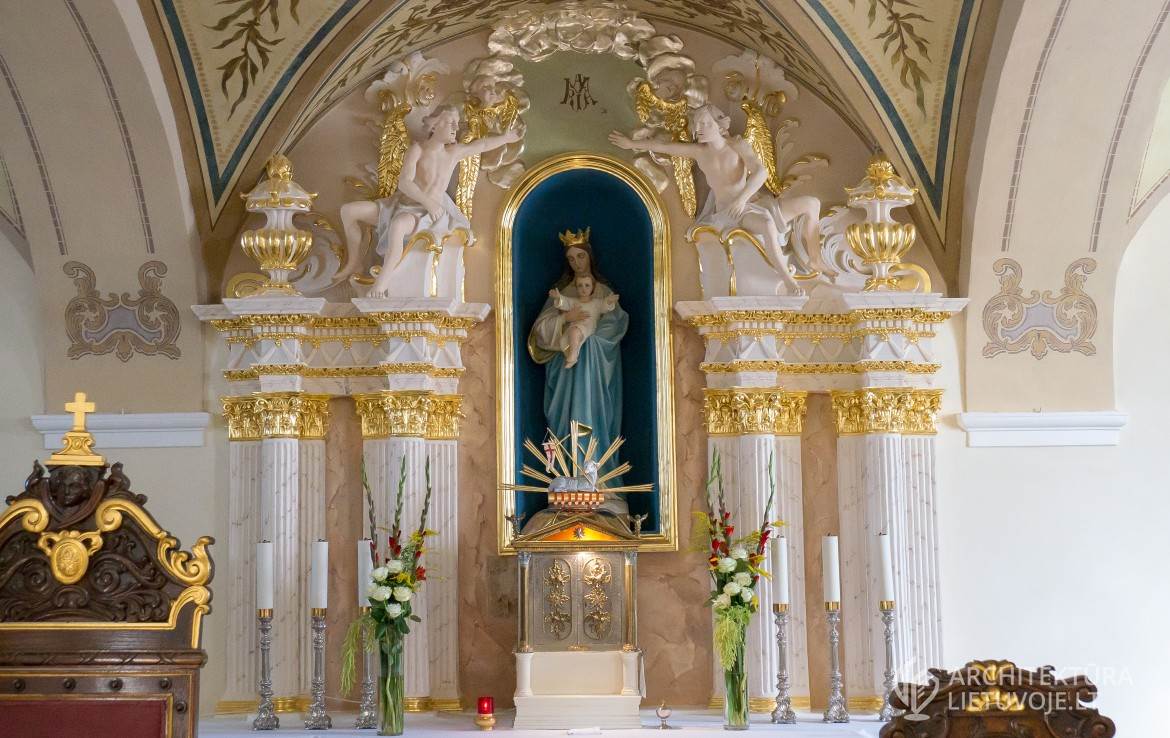 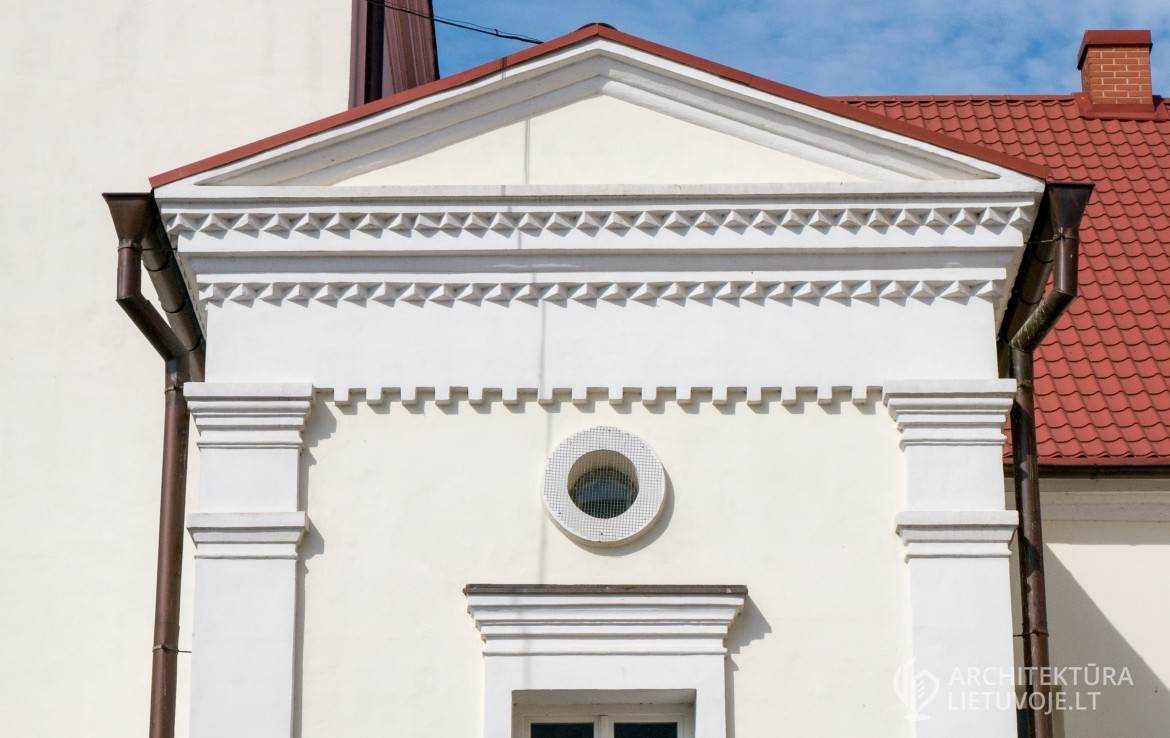 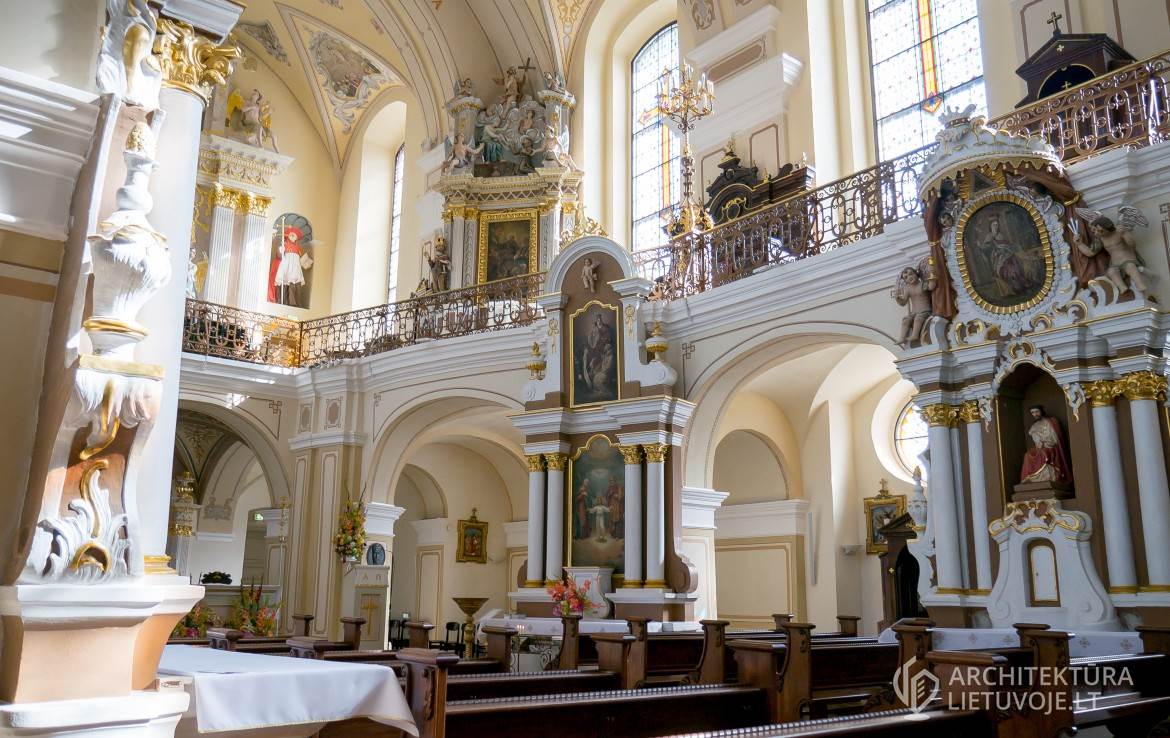 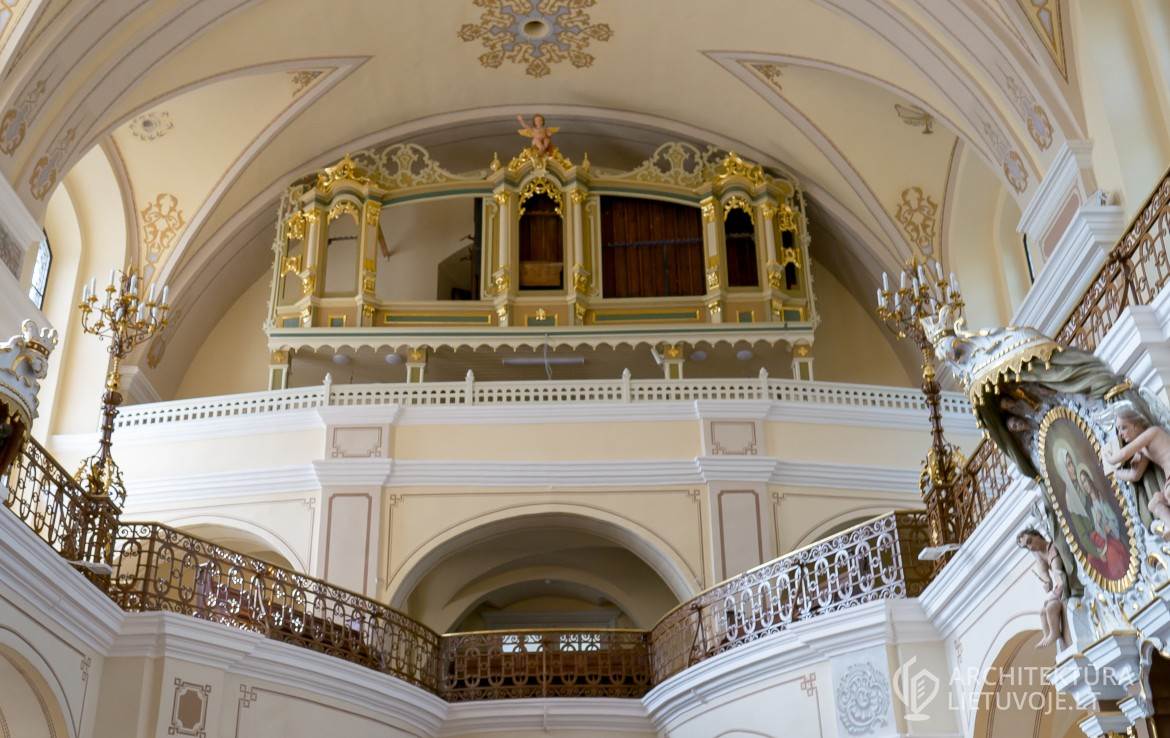 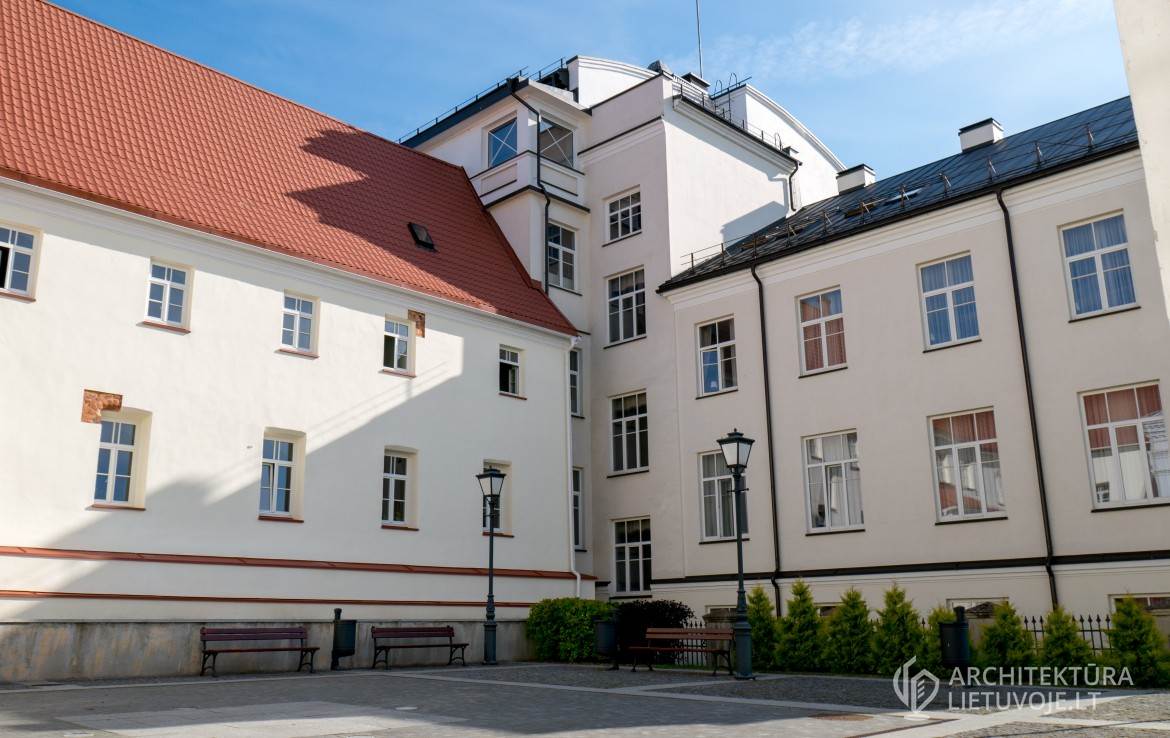 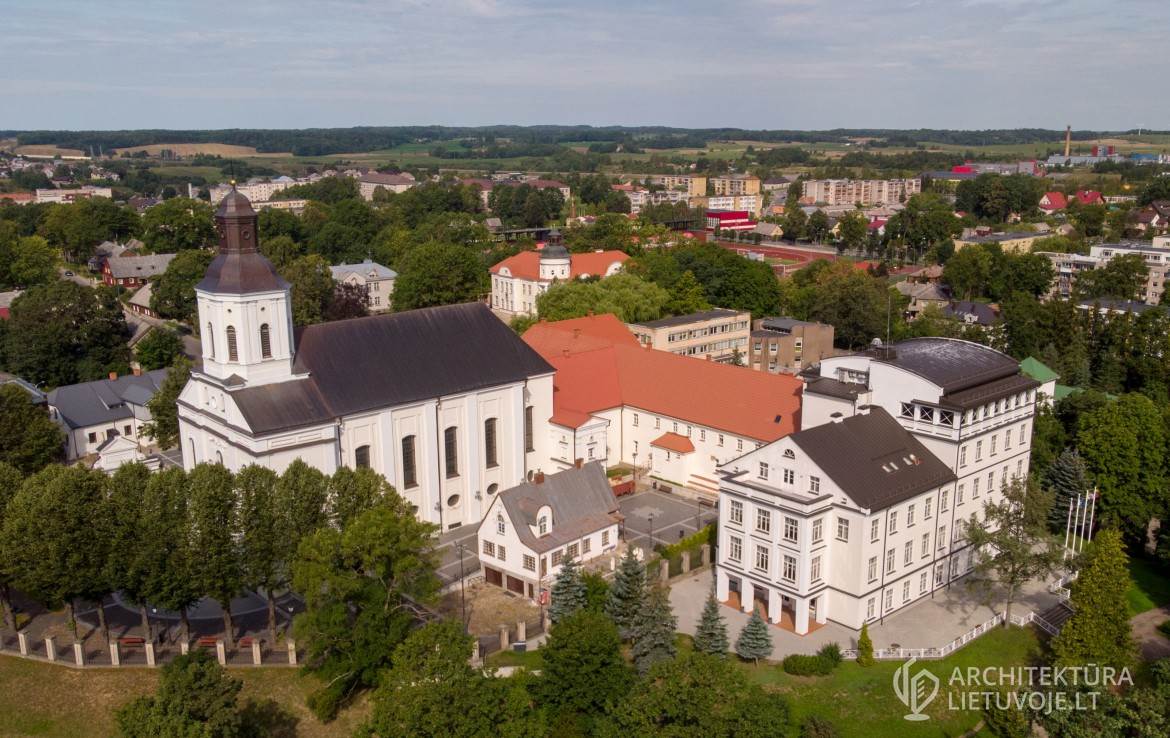 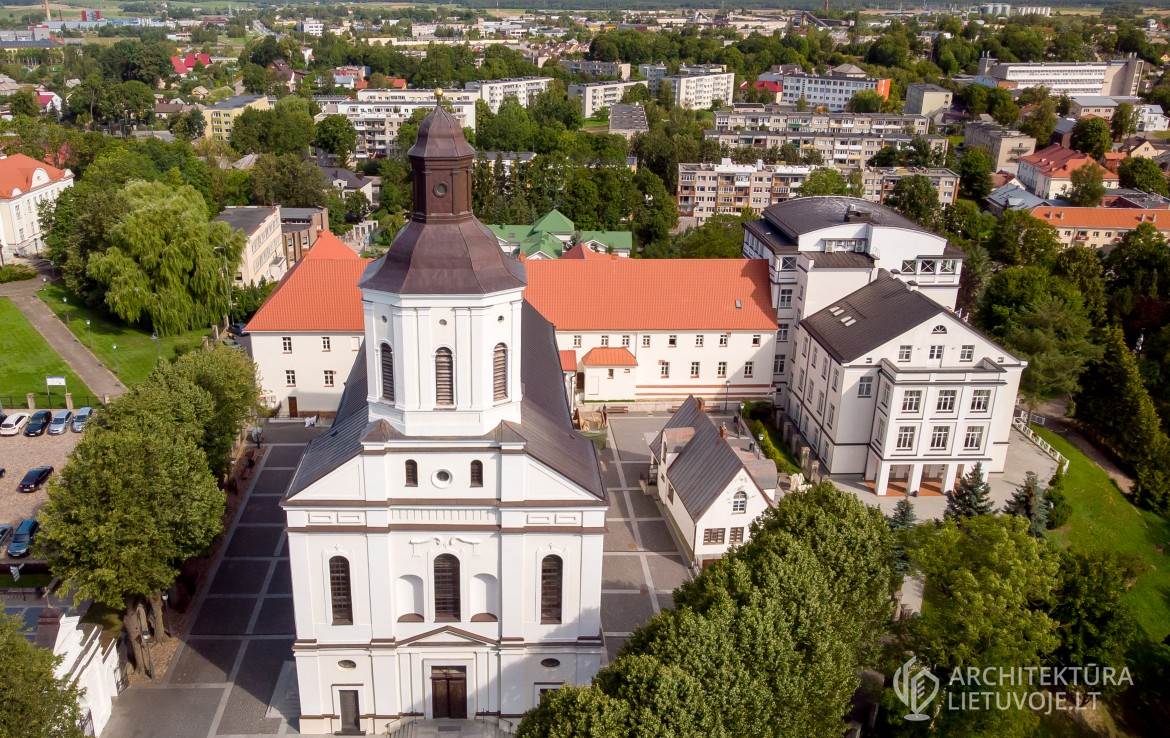 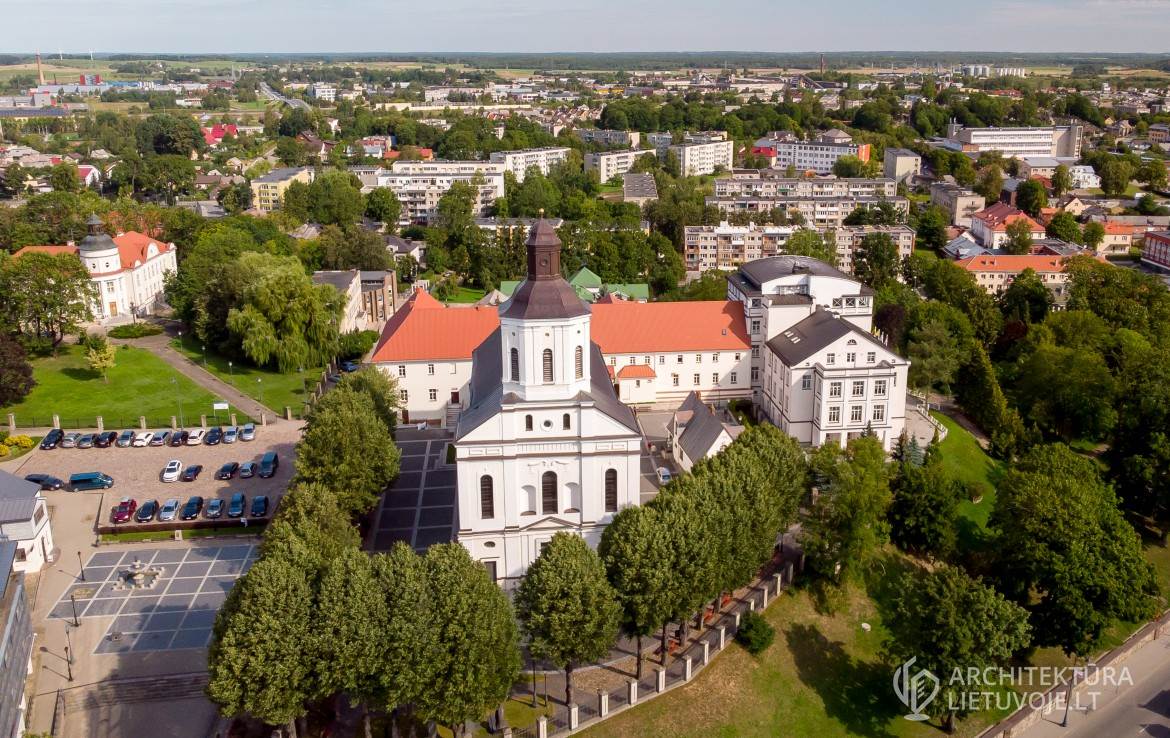