The Building Complex of the Church of the Holy Trinity

A new church was built in Jurbarkas between 1901 and 1907 and added to the increasing collection of Lithuanian Neo-Gothic shrines. It was in 1940 when a great fire ravaged the town and deteriorated the church among other buildings; before long, the whirls of the Second World War did great damage to the town and after that that sacred structure remained almost in ruins. The spires of the church were rebuilt in 1992, no work was done on them during the post-war period. As the majority of buildings in the town’s centre have not survived into our days, only non-contextual residential houses of Soviet times are surrounding the area of this structure.

The architecture of this church reminds the style of many churches built in Lithuania at the turn of the 20th century, yet it has some distinguishing differences in composition. One of the most distinctive features of this structure – the upper tier of the front facade.  A high plane on both sides surrounds the quite common rose-window and another one above it, joined by the pediment. The main portal is decorated with three sculptures: another two before WWII used to stand in the small niches at the towers’ bottom. The side facades, as usual, are divided by buttresses and the pointed-arch windows, divided into two tapering vertical parts and one circular integrated above them. In the facades of the transept, large niches become the main accent, divided into four tapering verticals, which “hold” on the top the large rose-windows.

The solution of the church’s interior decor shifts away from the style of church’s exterior; although it is eclectic sufficiently, yet not overloaded. Gothic style parts are reflected richly in the internal equipment: extremely impetuous altars, a confessional, organ design and decor of the choir balcony. Although many of similar churches frequently were erected with gates or even fences, supplementing the expression of a church, still both the churchyard gate and the fence are modest here. The main gate consists of three arch  passages with the side ones being smaller; they are decorated with three small towers on the top. 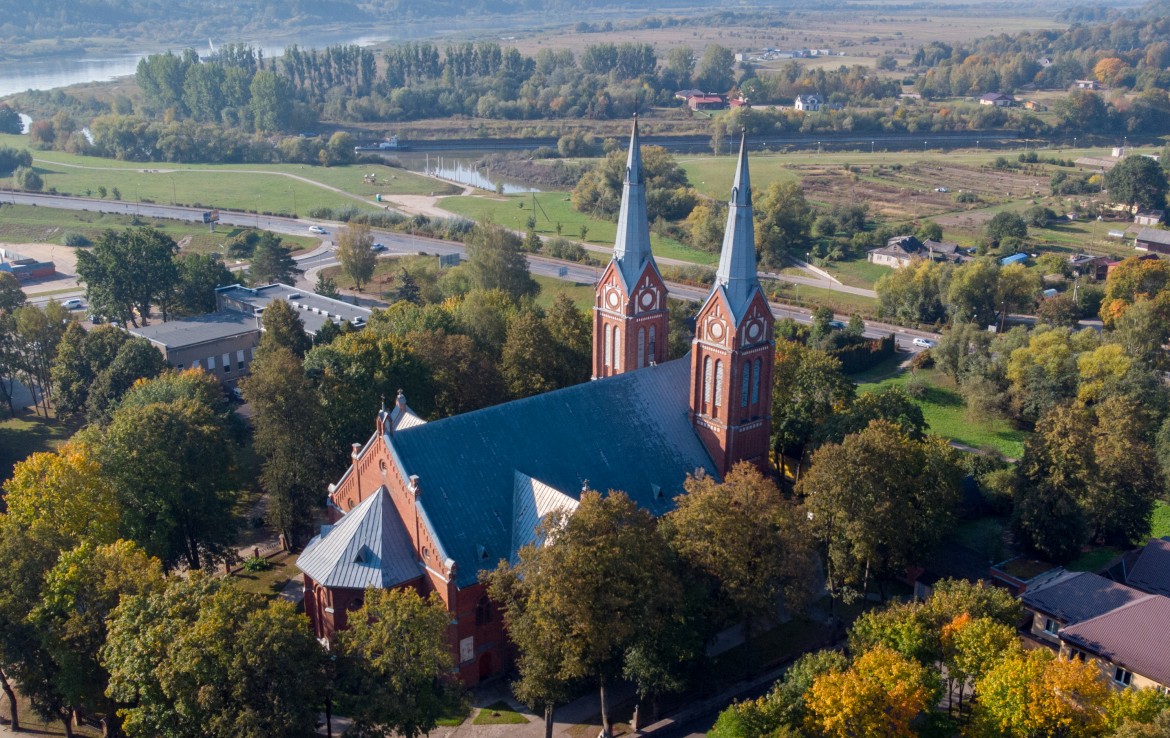 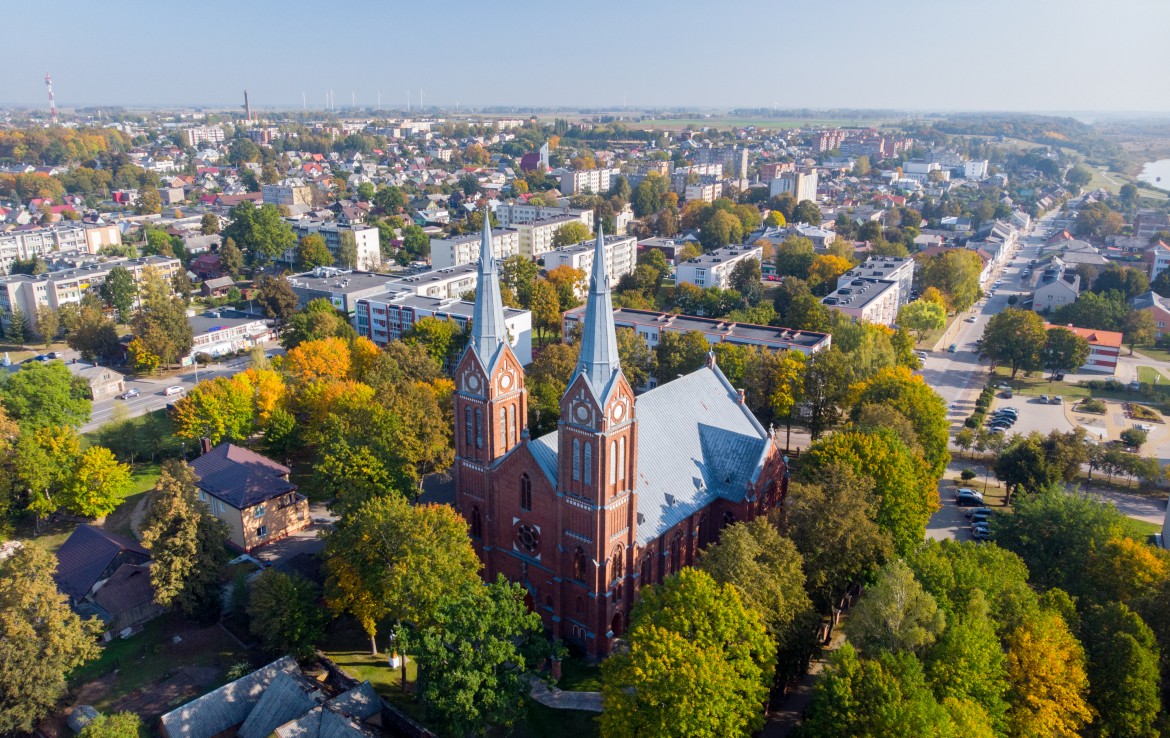 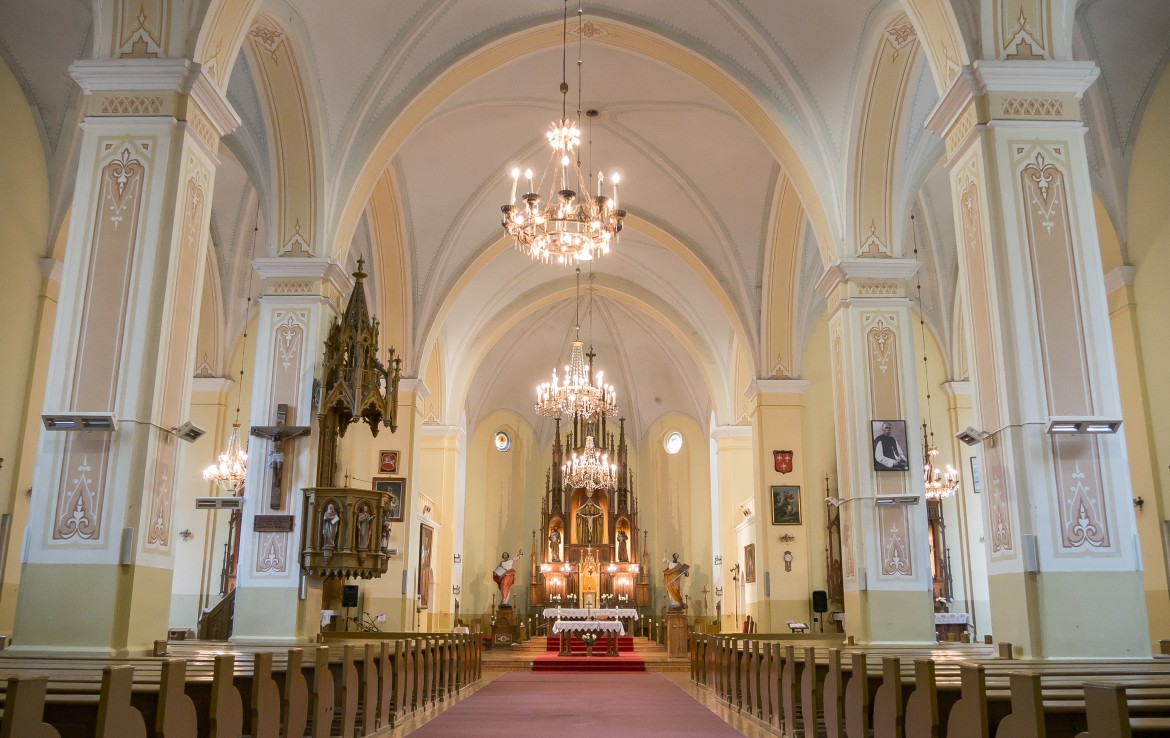 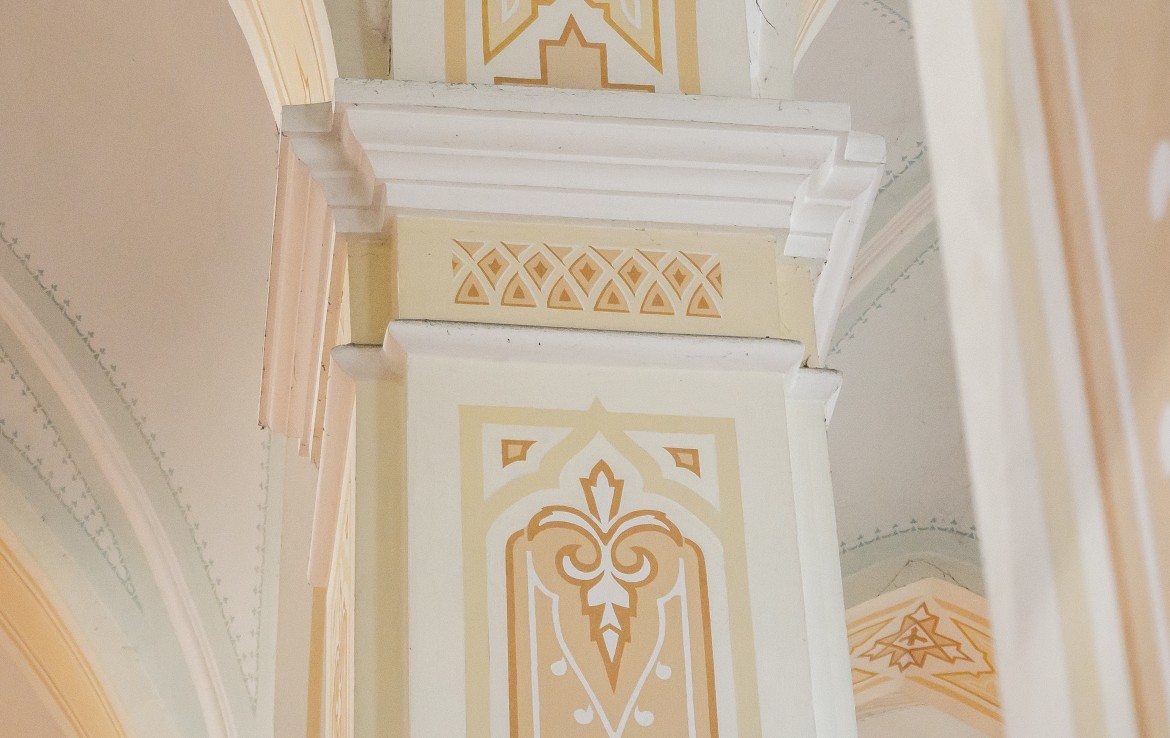 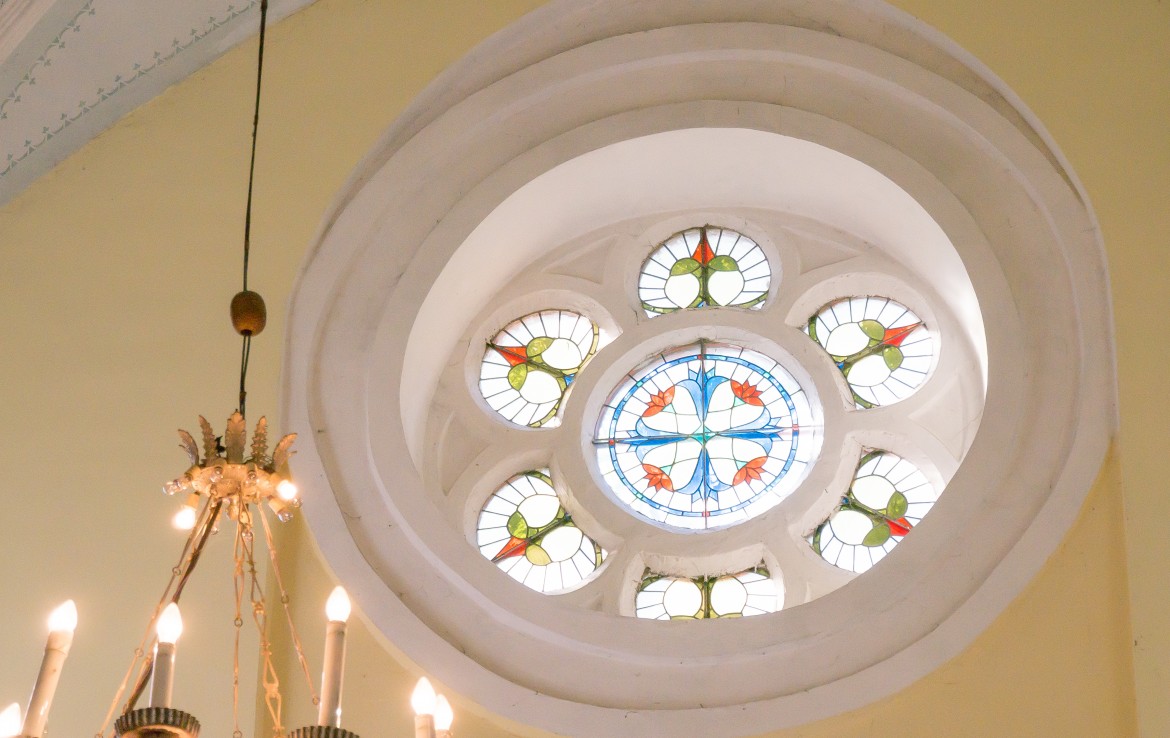 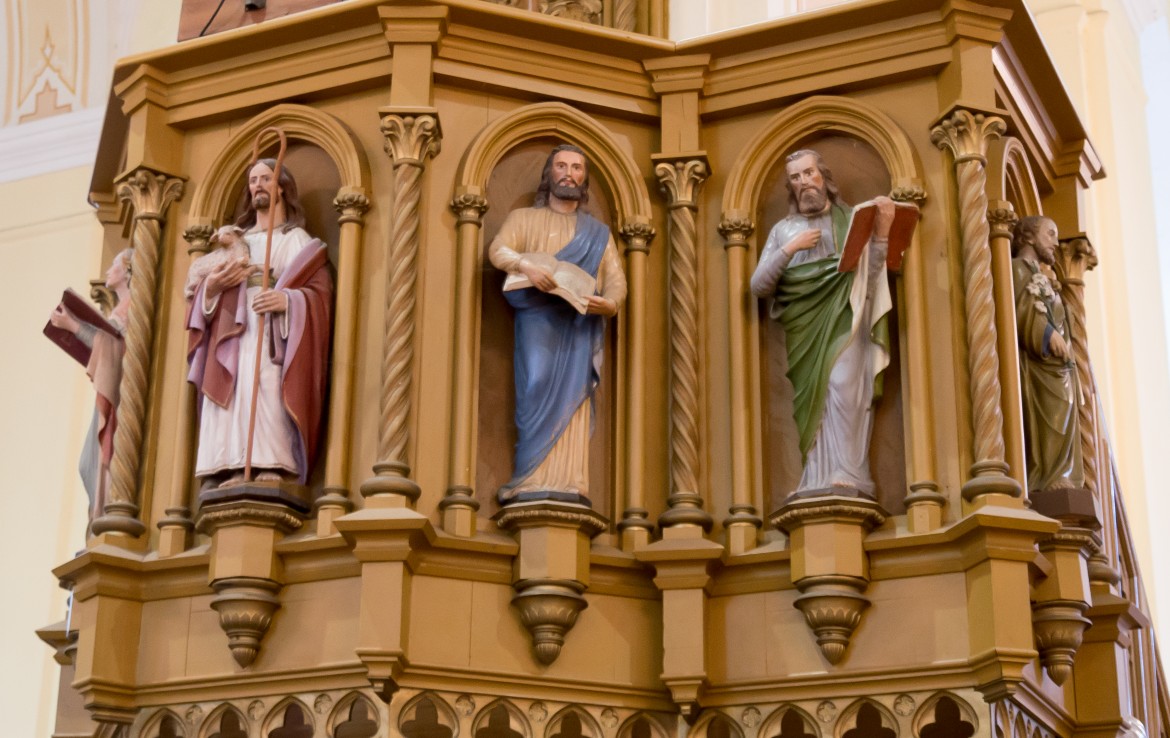 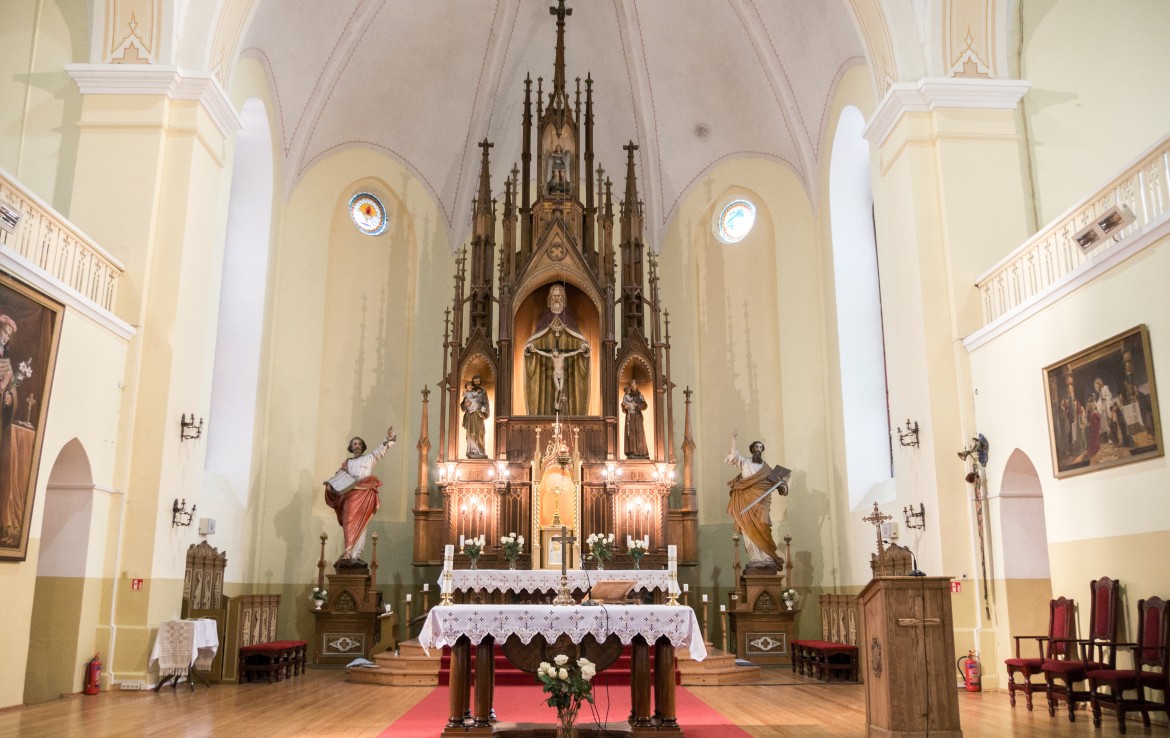 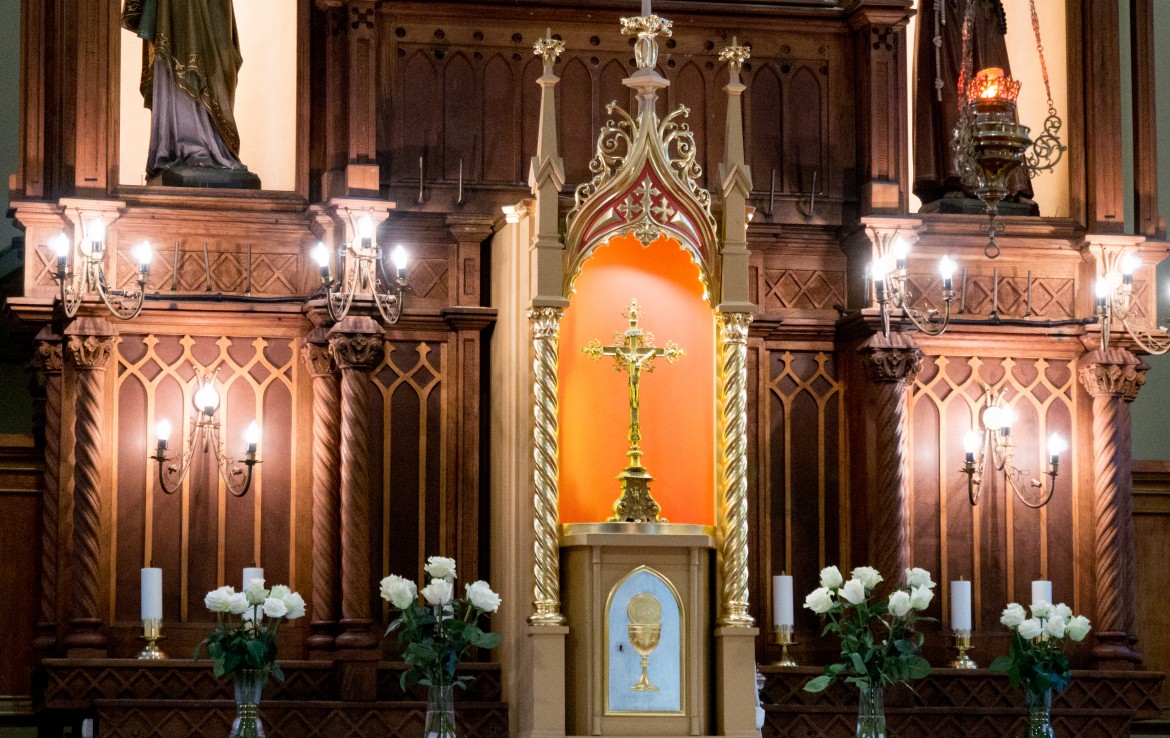 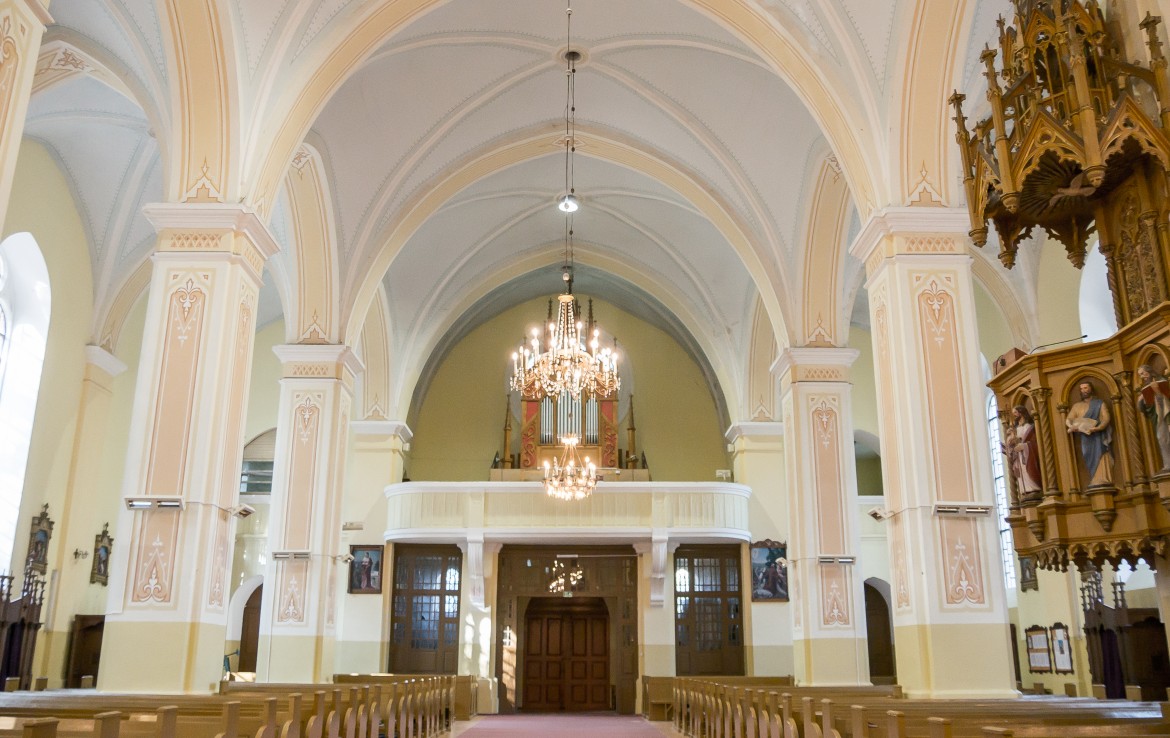 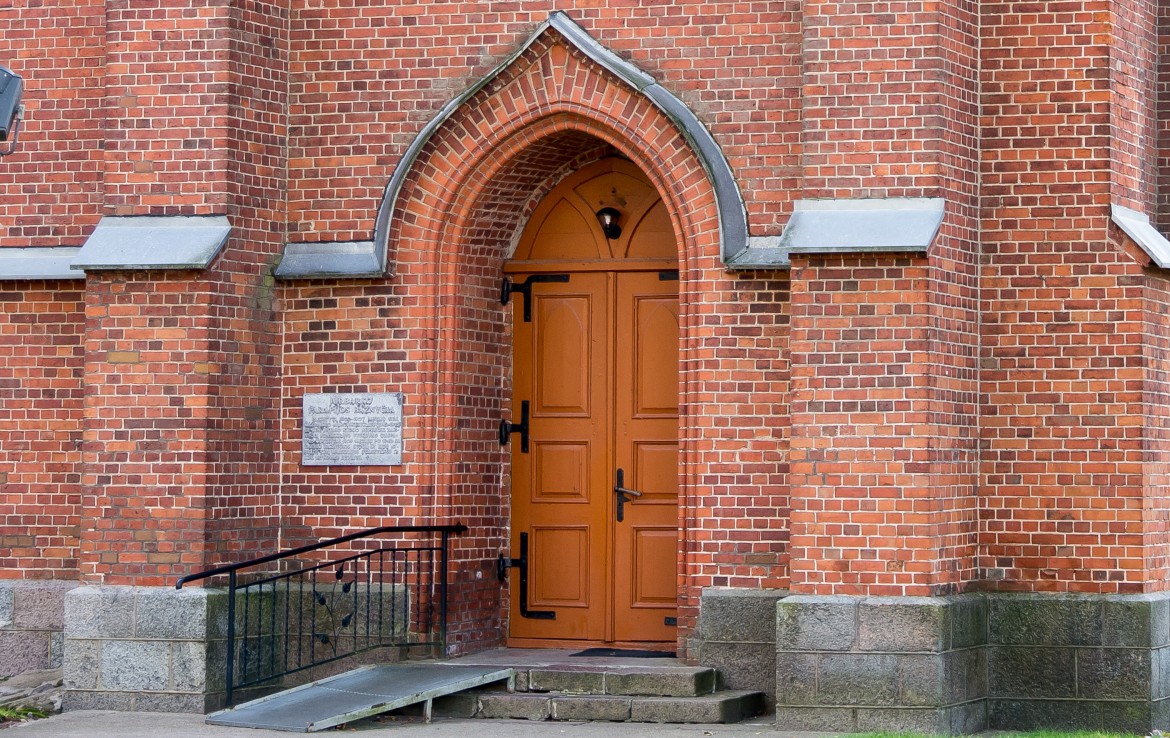 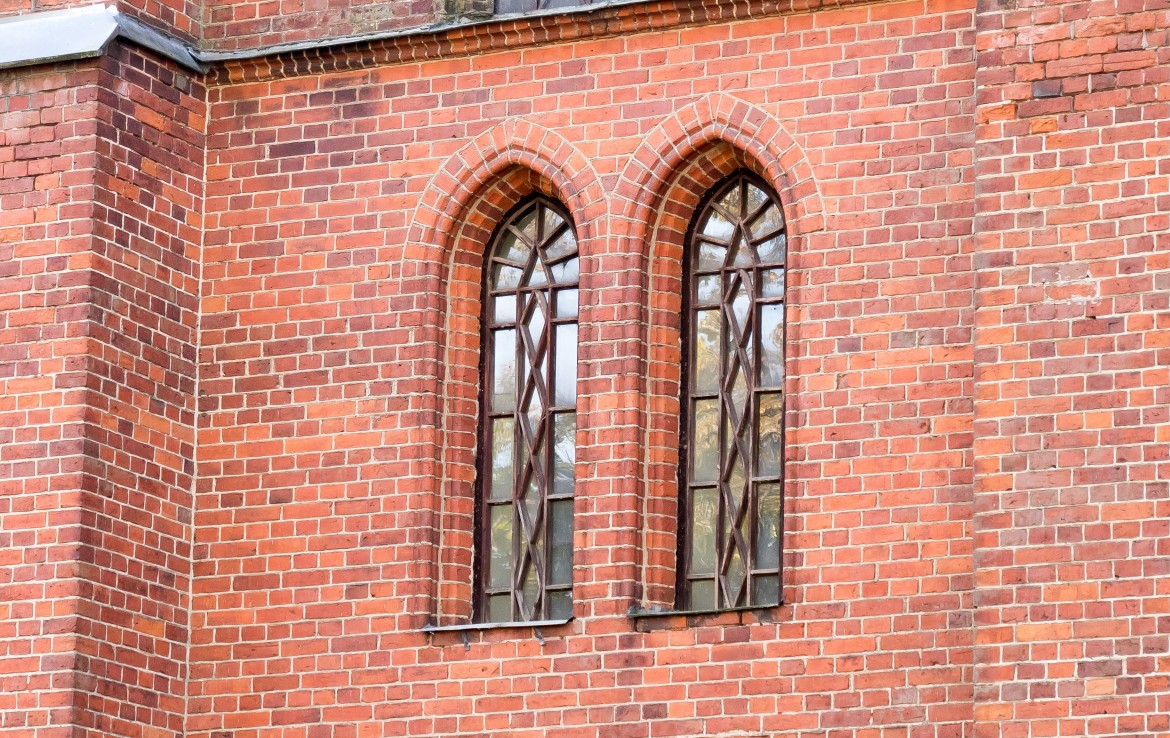 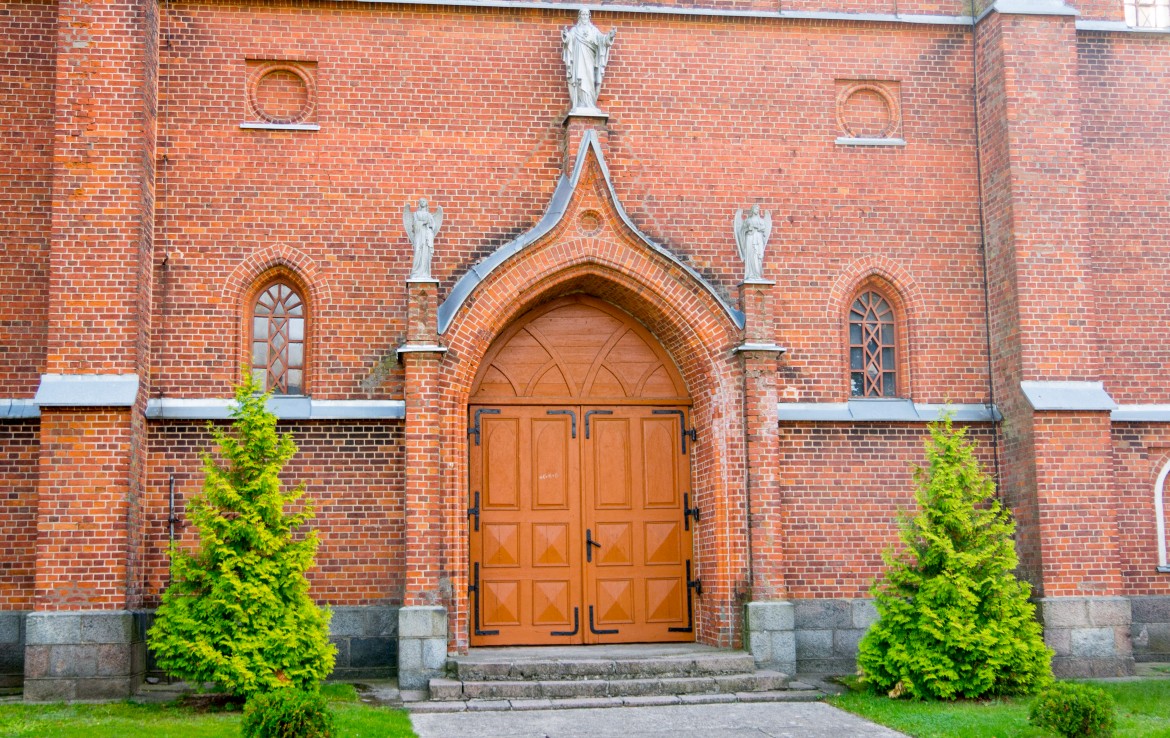 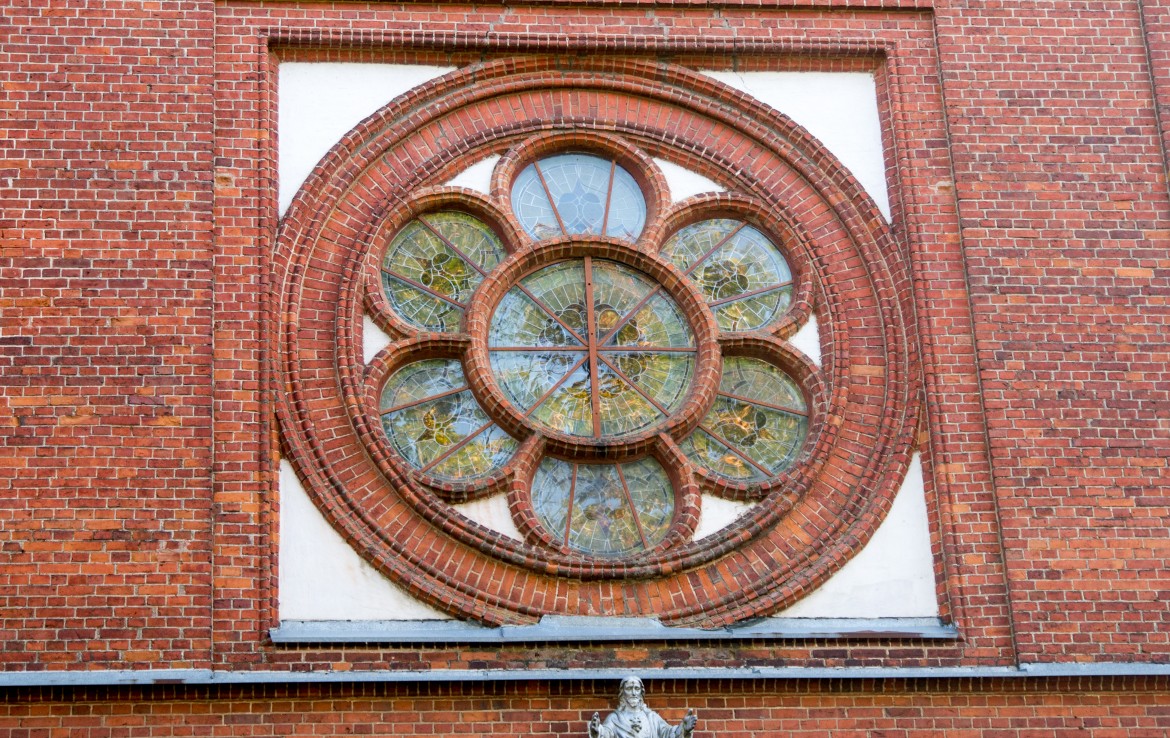 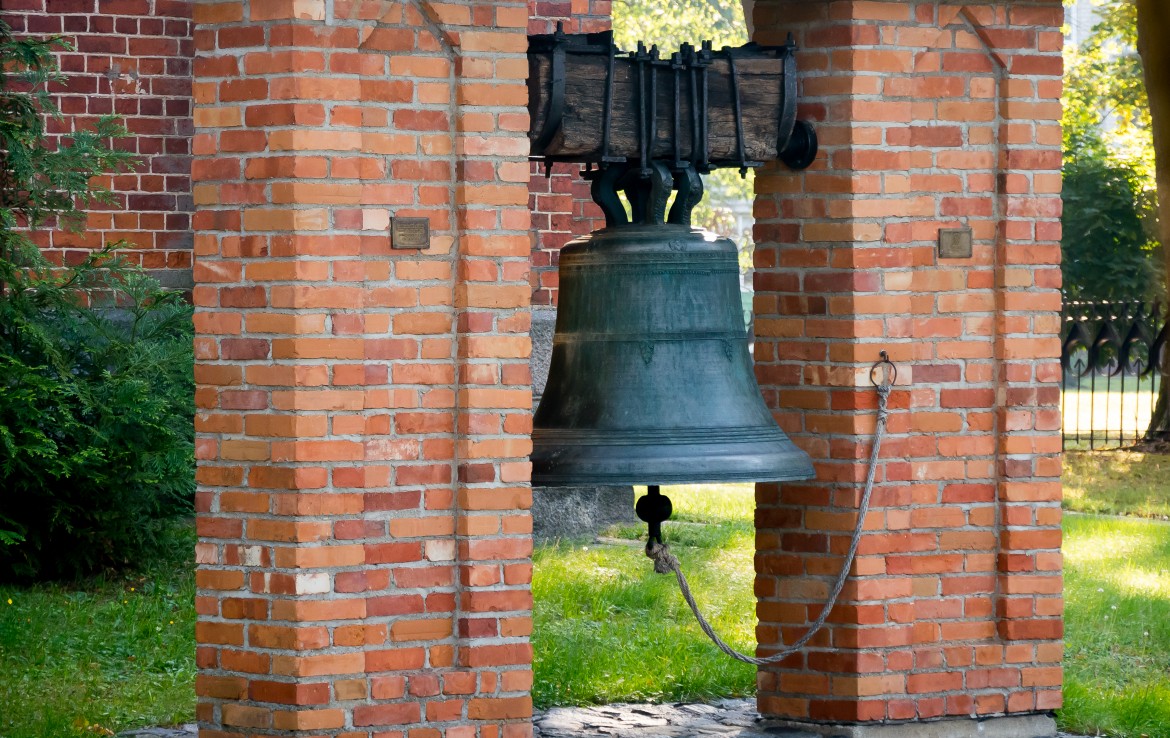 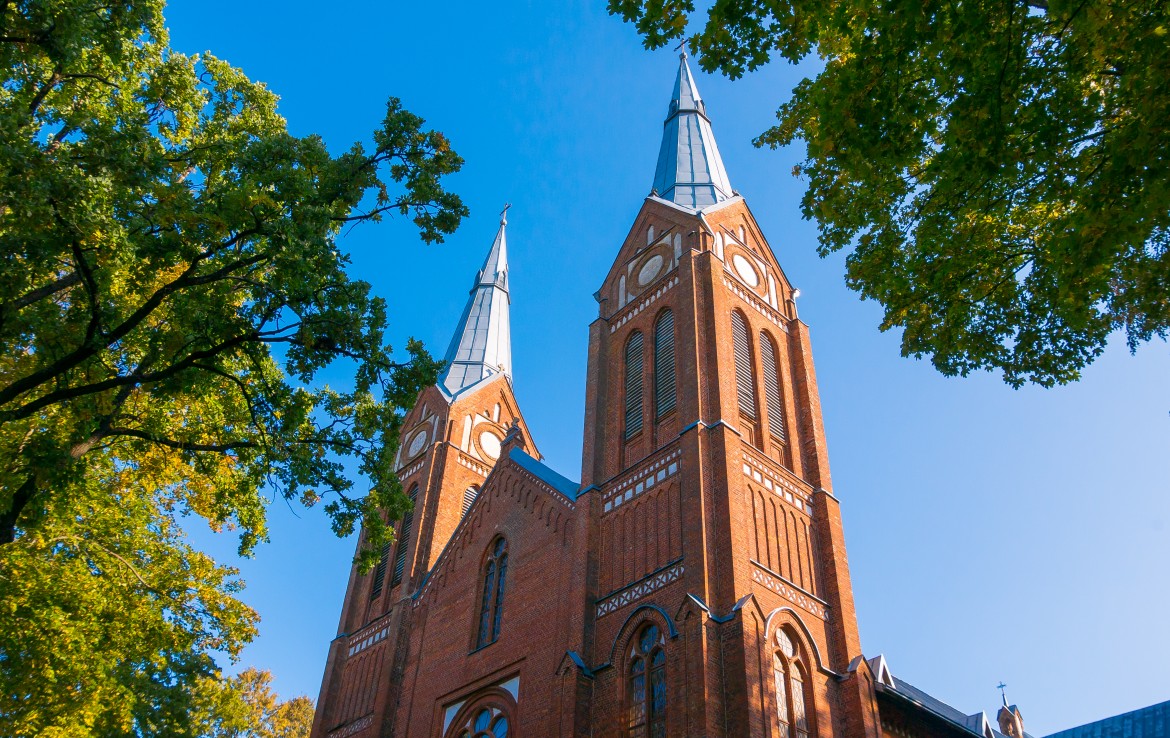 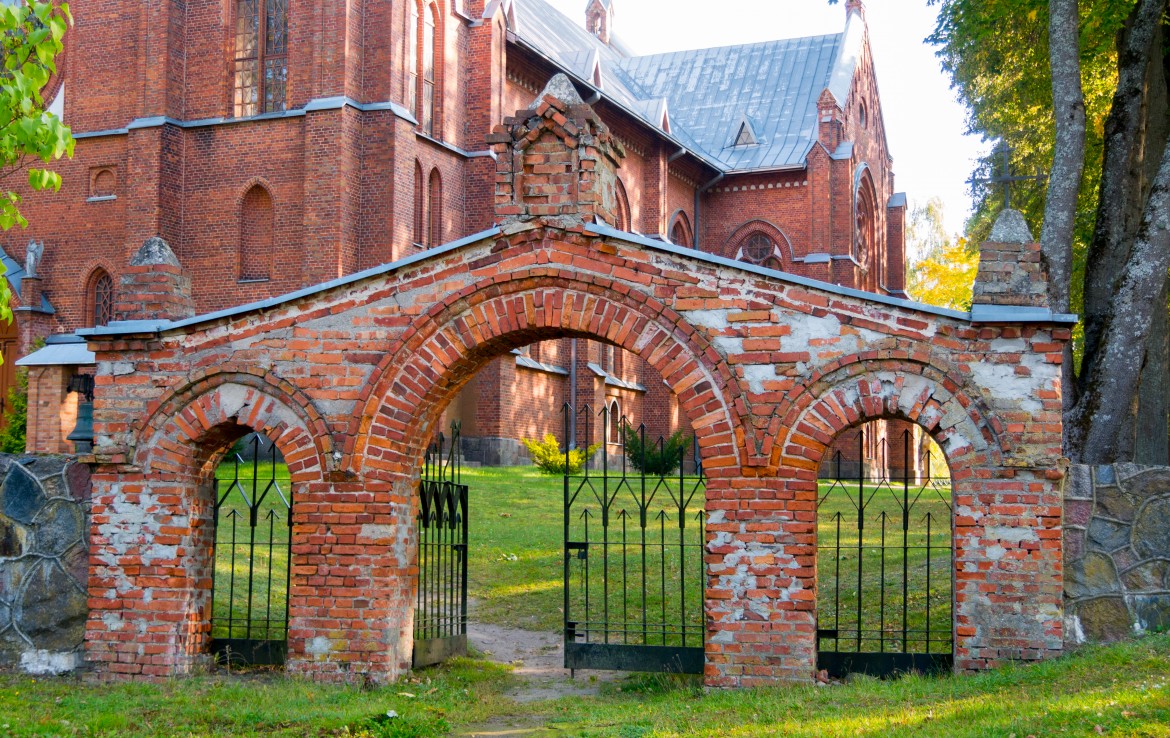 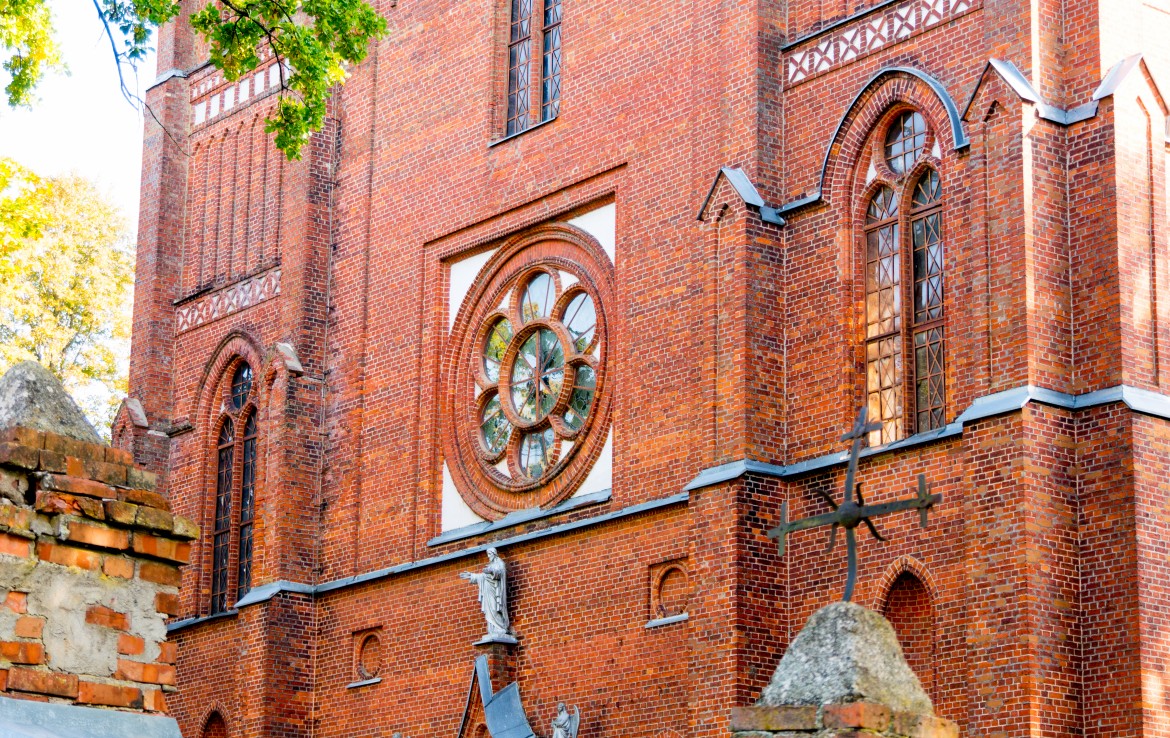 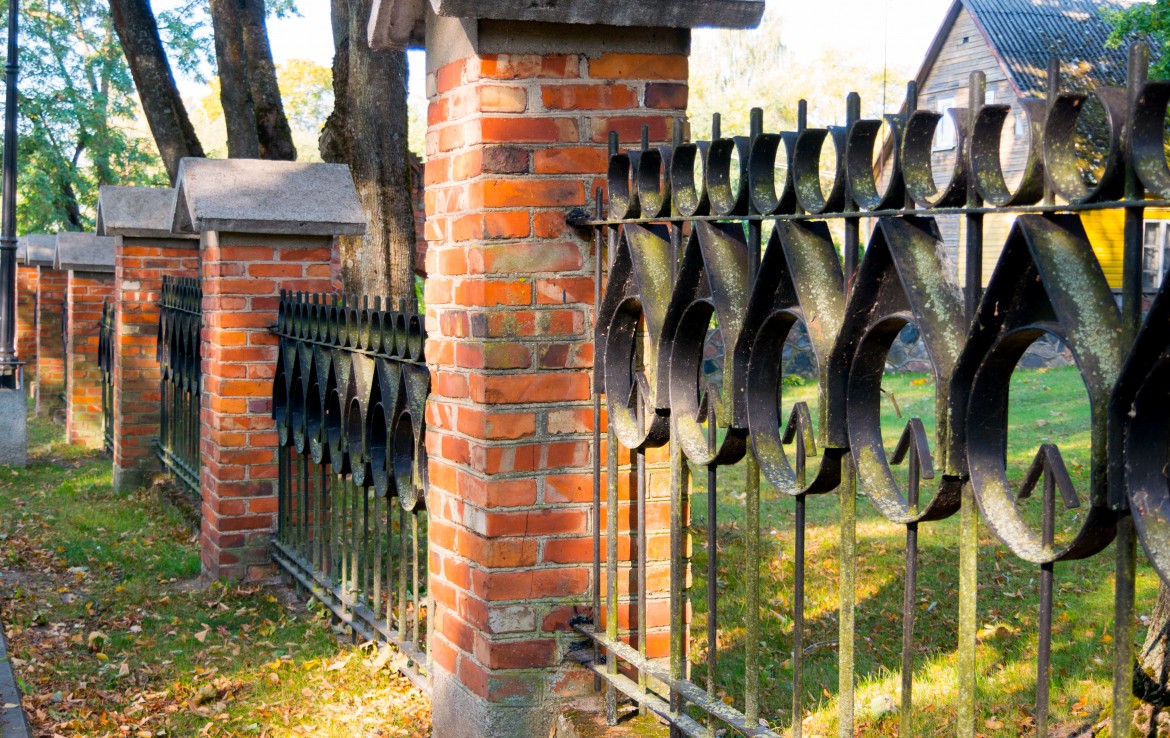 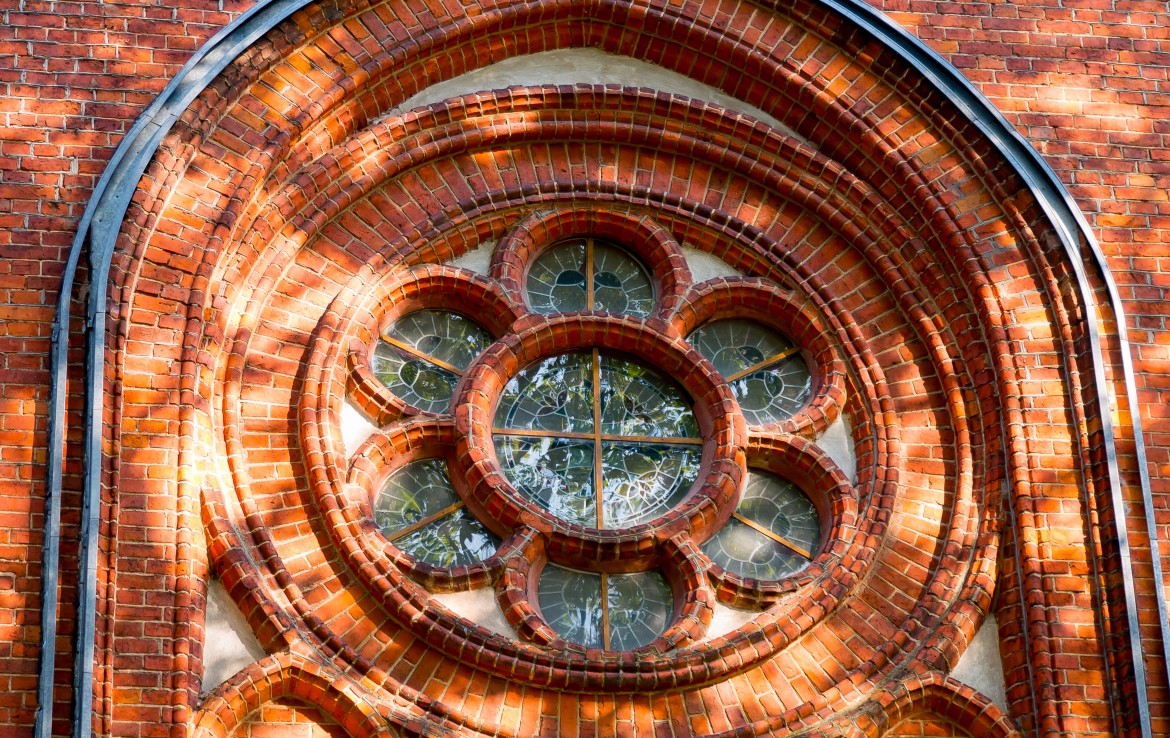