Although the first church in Giedraičiai appeared even in the times of Vytautas the Great, yet today, the town is decorated with a modest Classical temple, built in 1809. It reflects the type of buildings spread in this country during Classicism period, perhaps the most modest – that of a rectangular church without a portico. The front facade is divided into three not even parts by pilasters – those around the central plane are doubled. Above the large entablature, girding the church, the pediment is profiled with trimmings, above which a sculpture with a cross is integrated – a tendency in Classicism epoque, influenced by Vilnius Cathedral. Perhaps the most decorative accent of the building is a portal of two columns, which holds the entablature, in the cornice of which, dentils are integrated, while on the top – a small triangular pediment. The top part of the portal is linked partly to the pediment, accentuated in the main gate of the churchyard as well.

The side facades are laconic, consisting of pilasters and rhythm of rectangular small windows. A subtle element is seen in the rear facade of the church – on the smooth wall, characteristic of Classicism, a curved part stands out in the centre – a peculiar rudiment of the apse. Apart from this minor deviation, this is a rectangular building, where, as is often the case, sacristies are integrated into the main volume. In the rear part of the church, a small tower rises on the roof, while the double pitched roof is chamfered here. This influences the form of the rear pediment – it is trapezoidal in shape. A characteristic element of that time – a small belfry is erected in the corner of the churchyard; in this case one can see influence of Romanticism, especially manifesting itself through the use of field stones. 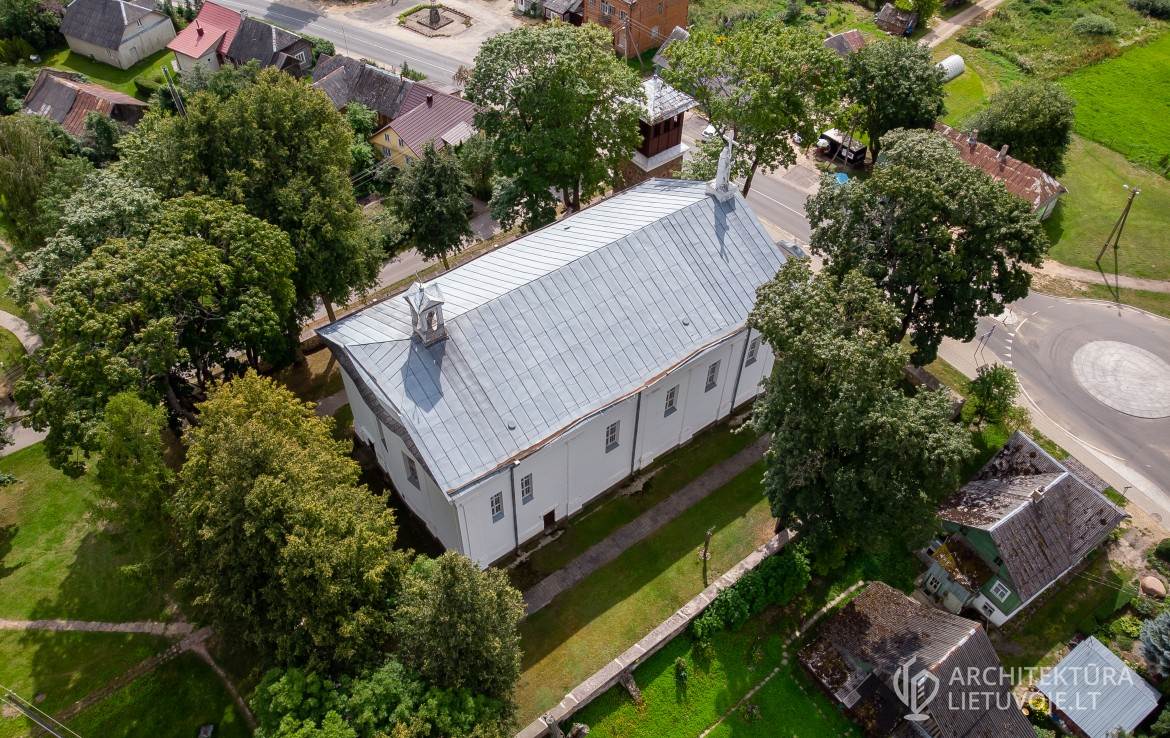 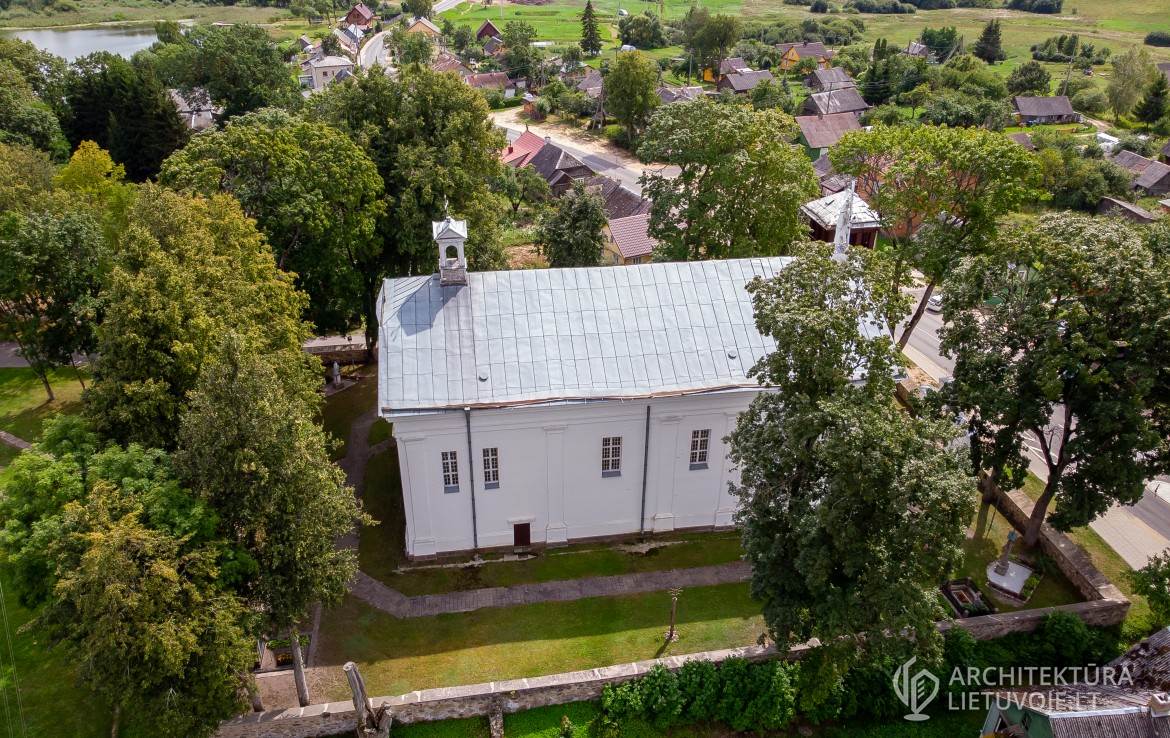 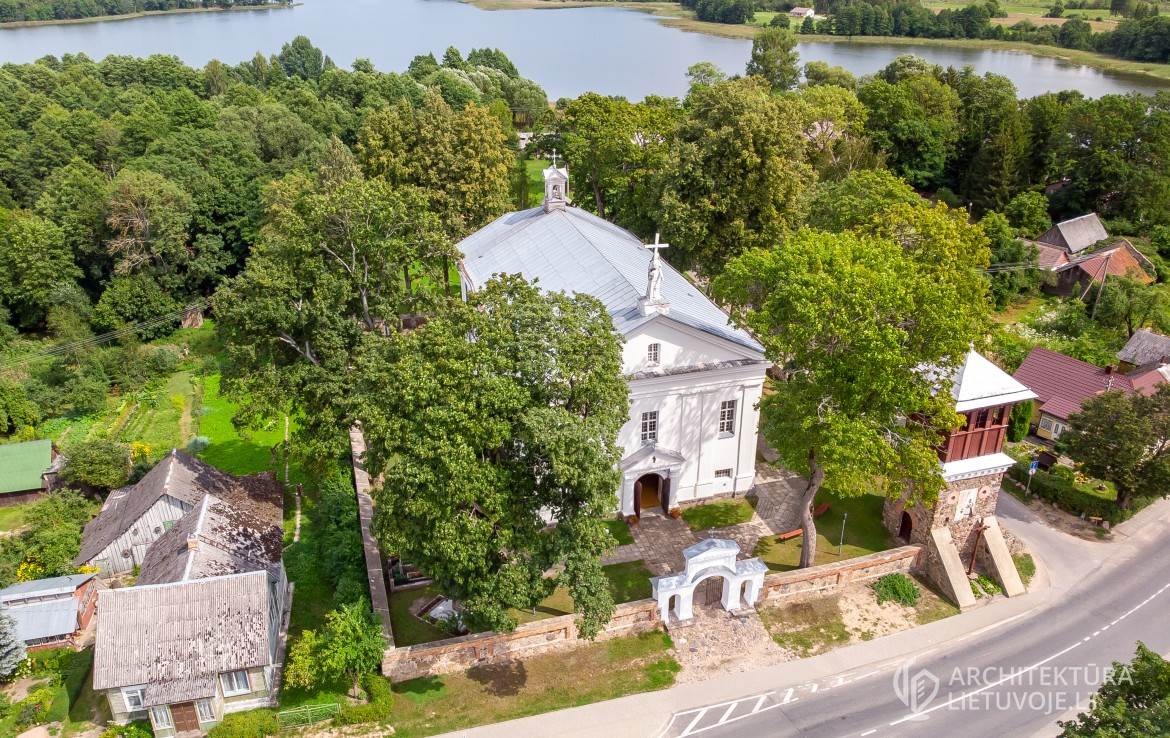 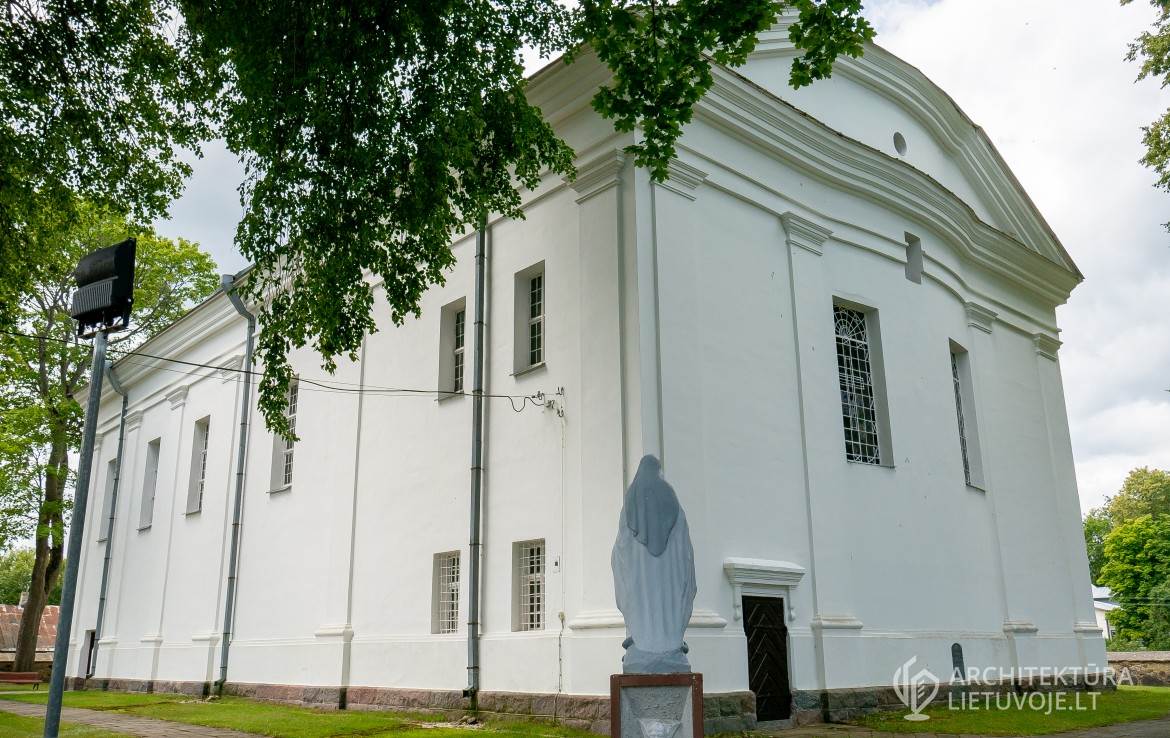 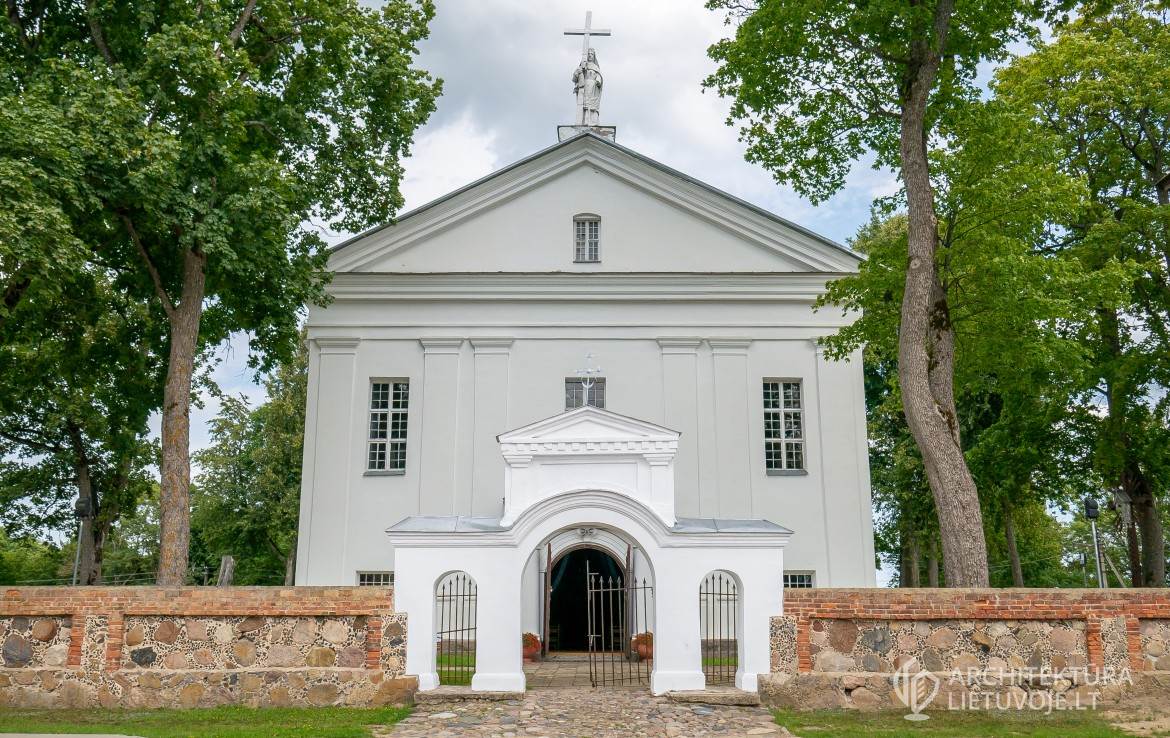 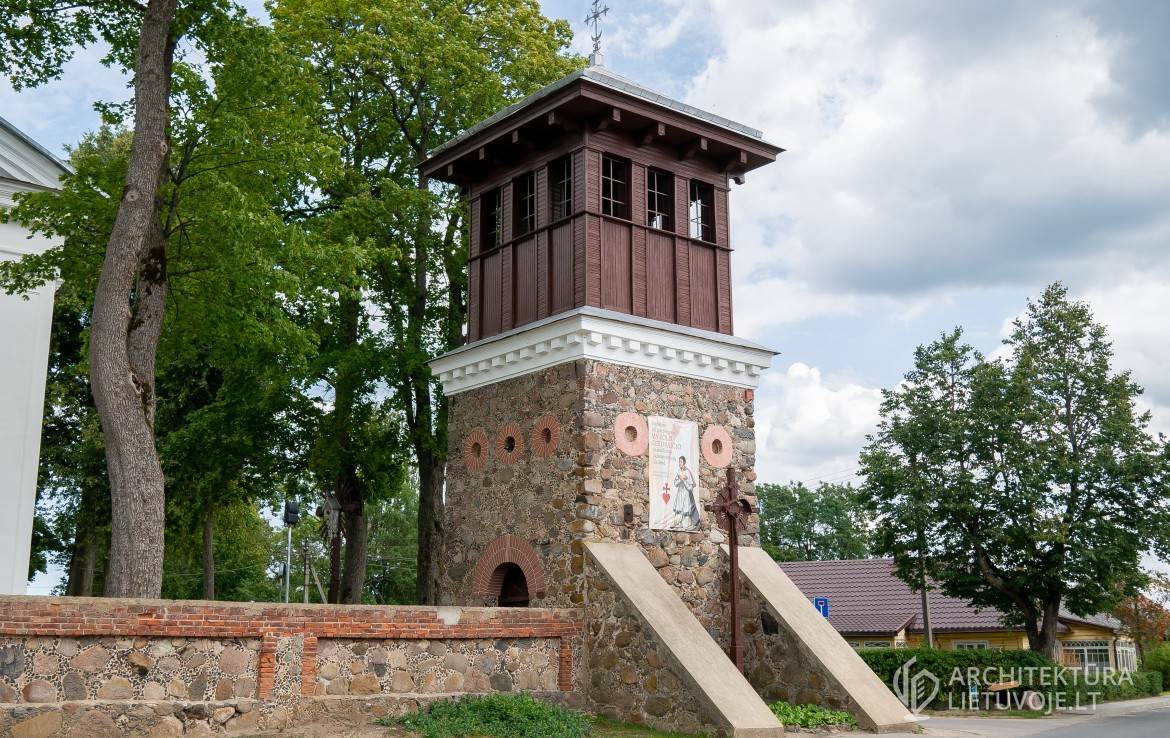 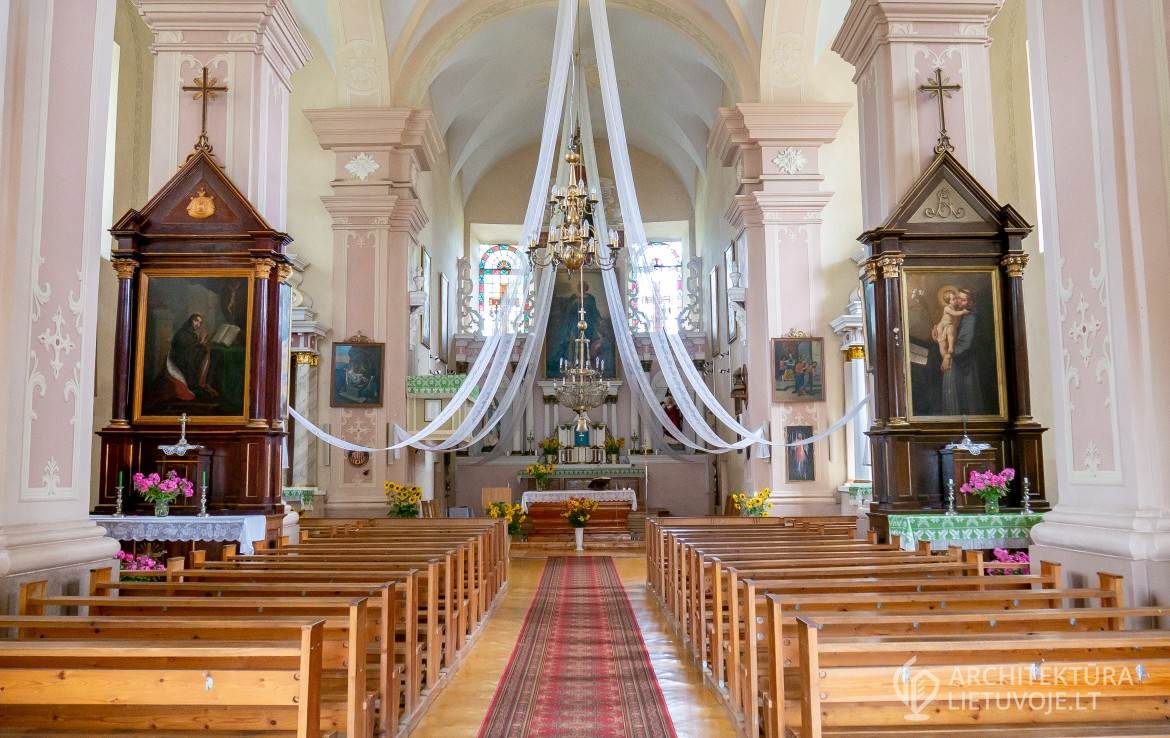 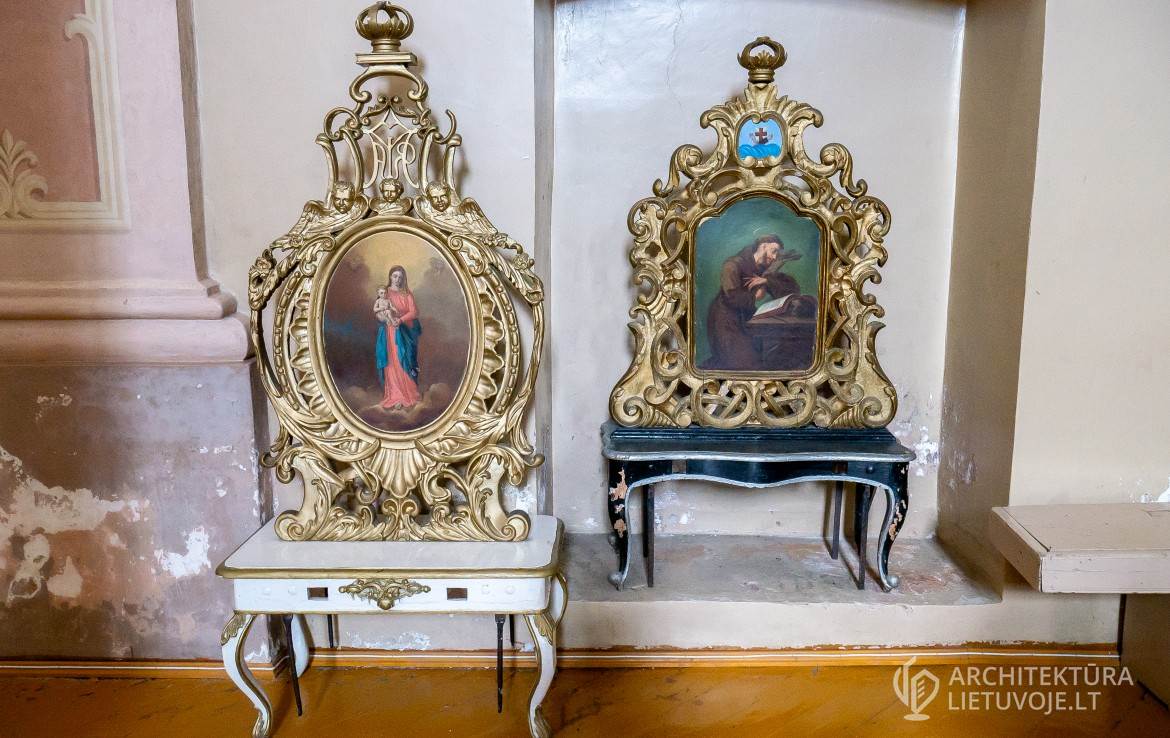 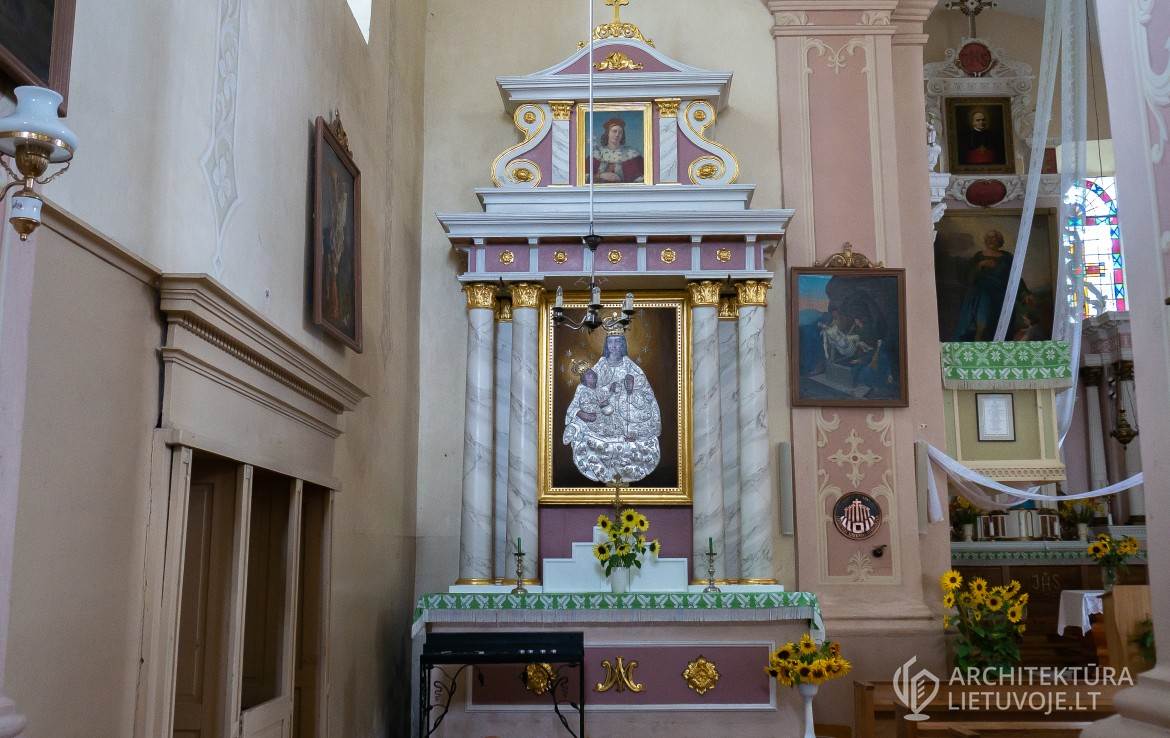 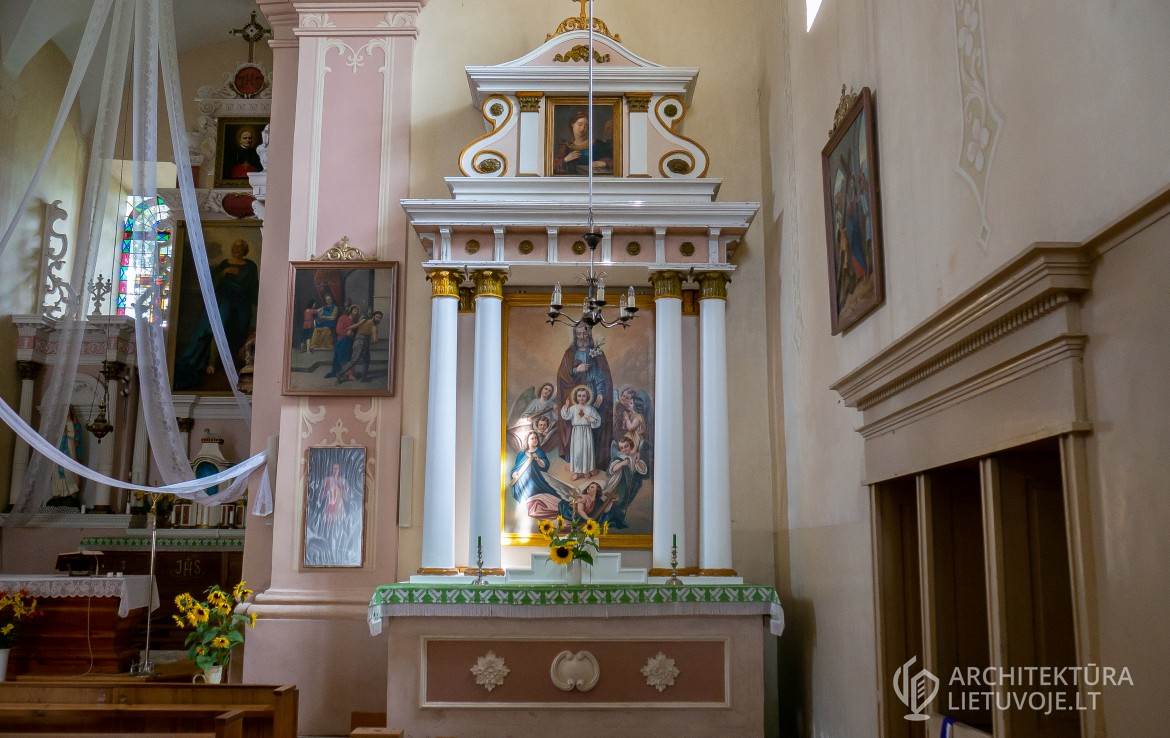 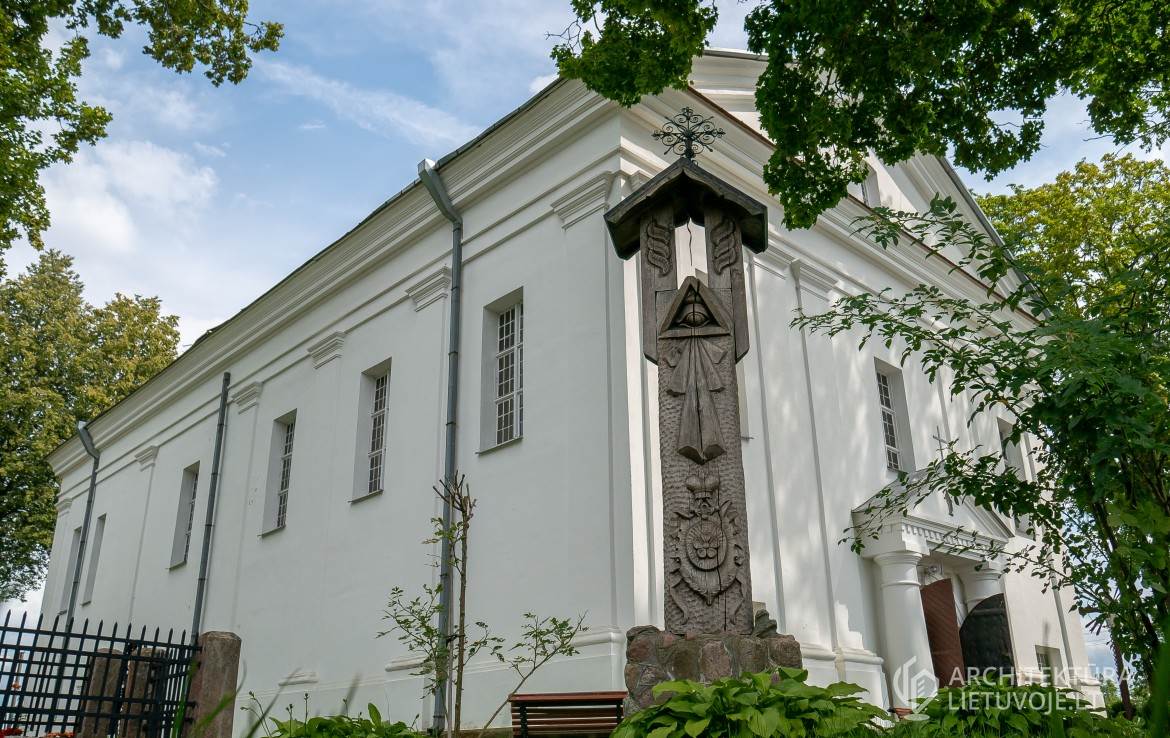